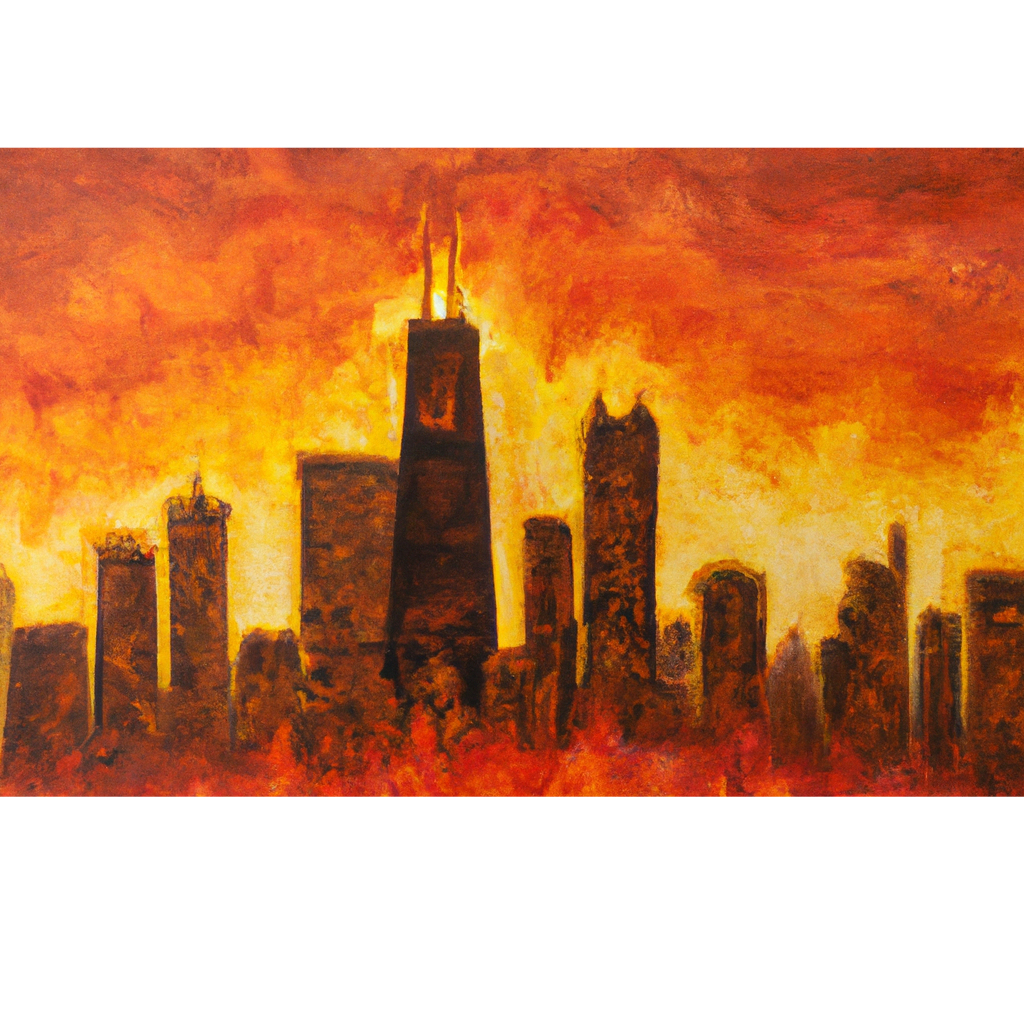 As 2022 came to a close, I received an email from WBEZ with the summary header: Murders declined in Chicago. The article claims that while homicides are down in Chicago, violent crime is up and there is “little sense of being safer in the city.”

At least they got the last part right.

Around the same time WBEZ's story was published, a friend text messaged me, over a 25-year Chicago resident who said something to the effect of: “Place rented in Boca. Residency in 2023. We are about to make Aliyah to Florida.”

Among Jews, Aliyah usually refers to moving to Israel and taking up citizenship in the Holy land. For secular Chicago Jews fed up with crime and taxes — and what often goes unstated: A significant decline in the quality of city life — Florida is now serving as an Aliyah closer to home, just as it is for Ken Griffin and others who have bid adieu already to the Windy City, regardless of their religious or cultural affiliations.

The trifecta of crime, taxes and a declining quality of urban life go hand-in-hand with leaving Chicago, especially for those moving to Florida. But crime is increasingly becoming personal.

A local CEO, who also lived in the city for 25 years and now divides time between the Chicago suburbs and Florida told Contrarian:

"Of my child’s former 8th grade class at a private school in the city with fifty families, I now know of at least two parents who have been violently assaulted in separate incidents in the fall of 2022, one with very serious injuries. The first person was going to a lunch meeting in the Loop and was violently assaulted in the head. The second was robbed at gunpoint in her neighborhood on the North Side."

The parent adds: "Both crimes were committed in broad daylight and follow a trend. In River North, throughout the first half of 2022, CWB Chicago suggests that downtown shooting victims rose from 18 to 45 in Near North, 14 to 22 in the Loop and 8 to 20 in River North. I’m waiting with bated breath for the year-end figures, but it’s the violent offenses which do not involve shootings which appear to be picking up the most, including those victims from my kid’s old school."‍

A tech entrepreneur, who disbanded his firm’s headquarters in Chicago, said that when the company holds offsites or meets with clients in the city, “All business meetings that we do have to have valet parking and no we do not go out of the building. Everything is done on-site. Locations for meetings, meals and happy-hour are self-contained. I can’t risk the most important asset to my business: My people.”

Increasingly, the tech executive adds, "When possible we look to do offsites not in the city. We contract elsewhere — that is when I’m not spending time in my Florida house, and have my exec team down here. At this point, everyone I know from Chicago knows a victim of a violent crime, so what’s the point of visiting the city when you can avoid it?"

Many affluent business leaders leaving for Florida have raised their kids in Chicago, and a good portion even identify as urban liberals (more and more are turning their back on describing themselves as progressives, after seeing this alternative religion wreak havoc on the city).

Another business leader in the professional services industry who has lived in the city for “decades” notes:

"The malaise of Michigan Avenue has cloned itself in the Loop. Now the West Loop gives a false sense of ‘last work neighborhood standing’ even if the restaurant scene is still decent. Still, overall, the city is looking like crap with homeless encampments now becoming permanent dwellings up and down Lake Shore Drive. And If 2022 is a precursor to the SAFE-T act in 2023, Chicago is going to become an even more dangerous city for business."

But the question remains: Why are some people who can leave, opting to stay?

"I used to think that if blood spilled within a family or friend circle, it would get people to question the narrative,” says a business leader in the finance sector. “Instead, it’s made a number in my city peer group, especially women, who have opted to stay, even more steadfast in their commitment to progressive causes, including supporting no-bail for violent offenders, drug decriminalization, anti-racist re-education and extreme affirmative action in the workplace and, of course, gender ideology in schools."

He adds: "Many of these anti-racist ‘ladies that lunch’ should feel safe. The well-armed private police force patrolling the $5-$10+ million houses on Burling and Orchard 24/7 is increasingly being sanctioned and supported by the powers that be downtown, giving those in the true upper echelon a sense of security — perhaps warranted — until their glorious transition of Chicago into whatever they think it should be is complete. Bucktown, Lakeview and other parts of Lincoln Park, and soon the West Loop, are also engaging private security services, albeit without the same remit and sanction that those blocks have going up to City Hall."

“I honestly believe some people have lost their ability to think critically and look at data,” the executive notes.

"Interestingly, many of the men that remain want out and are planning their exodus, though they are not speaking up, except to their friends in private. It’s their highly educated spouses – both working and stay at home – who have the progressive leash on, one that is often reinforced by their children, often daughters, who have bought hook, line and sinker into the progressive narrative and critical theory being taught in private Chicago schools like Latin and Parker, as well as Select Enrollment high schools."

"A father told me that his daughter said that wanting to leave Chicago is racist,” he adds. “I can’t wait to see how that one plays out when she learns about the deposit her dad is planning on putting down on a new place in Florida. But who knows. Maybe she won’t even be his daughter by then."