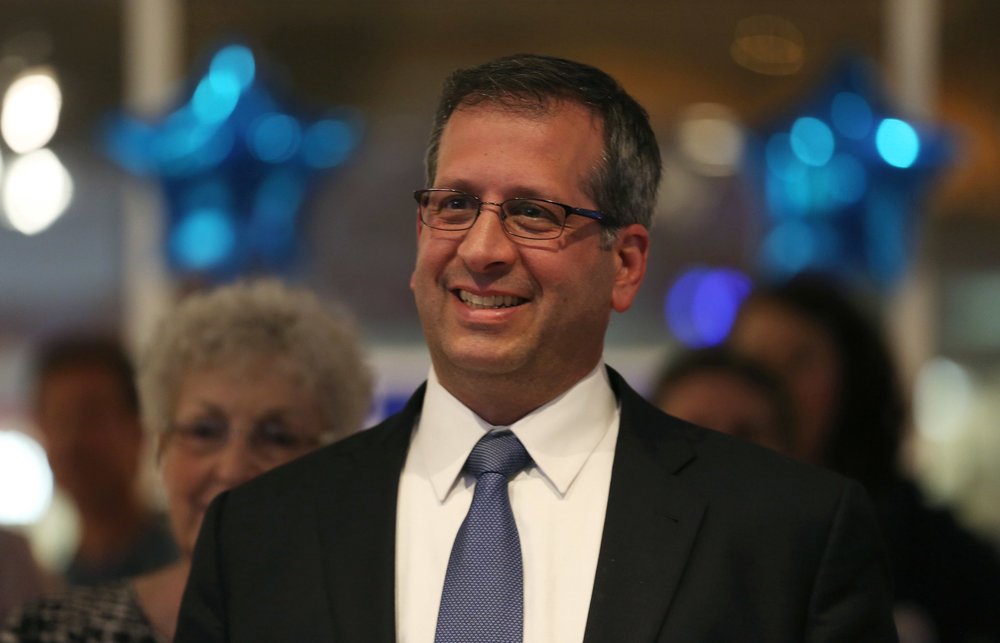 45th Ward residents endure another rotten betrayal at the hands of John Arena.

The madness continues in Jefferson Park.

Just when Jefferson Park residents thought it was safe to return home, yet another controversy erupted in Chicago’s 45th Ward. Unsurprisingly, at the center of the storm is the ward’s deceitful alderman, John Arena. Arena’s latest fast one revolved around the return of Chicago Fringe Festival to the neighborhood. A global extension of Edinburgh’s Fringe Festival, the Chicago installment was held at five venues in the community between August 30 and September 10 and featured 50 different artistic groups staging 200 productions. Advertised by the organizers as a “performance festival that seeks the un-tried and the weird,” what stirred upheaval among residents in this quiet neighborhood was a dramatic solo performance titled “A Virtuous Pedophile.”

Hardly good, wholesome family entertainment, the production was sub-themed “Can liberals accept that pedophilia is a legitimate sexuality?” The creator of this moral catastrophe, middling talent Sean Neely, attempted to vindicate the production as an exploration into the “online community” of adults who live a life besieged by the abnormal desire to engage in sexual relations with prepubertal children. An unheralded D-list actor and playwright from Phoenix, Neely explained members of this self-appointed “online community” actually abide by law and his contribution to assuage the torment pedophiles suffer is theatrical productions. Nothing short of a distasteful spectacle, Neely’s stage production is an unmistakable vehicle contrived to normalize deviant behavior. Furthermore, in view of the fact the Internet is far too vast and varied to police, Mr. Neely’s contention this “online community” trawling in cyberspace bows to civil and criminal code is utter insanity.

One need not be a fortune teller to predict how Arena responded to “A Virtuous Pedophile.”

Following his rolling out the red carpet to Fringe Festival and its accompanying eccentricities, Mr. Arena was met with justifiable resistance from a large portion of residents. Those familiar with Mr. Arena’s steroid-level tantrum directed at opponents to his development plans at 5150 North Northwest Highway (5150) earlier this year braced for the worst, but instead were met with a rather solemn response from the all-too volatile alderman. Still, though, Mr. Arena’s perfunctory response fell far short of the minimum standards of leadership when, again, his plans for the community offended the sensibilities of residents.

Suppressing his reflexive impulse to lash out and label residents as intolerant, Arena tap danced around the “A Virtuous Pedophile” obscenity and in a long-winded, deeply-disingenuous statement appealed to residents to pretend the sick production did not exist. Remarks which read more as a positioning statement, Arena’s best effort was an amorphous gesture intended to direct attention away from the detestable play in favor of 49 other questionable productions contained in this traveling freak show.

Chicago Fringe Festival’s announcement of this year’s lineup has sparked important conversations. While the Fringe Festival has always been known for being challenging and unpredictable due to the lottery selection process, a show with the deeply offensive and repugnant title and theme of “A Virtuous Pedophile” crossed a line for me and many of our community members.

Art is a medium that is occasionally uncomfortable, provocative, and triggering. When art challenges us the most, it is important to remember the significant role it plays in our society. And ultimately, the best response to art we find disgusting and offensive is to reject it in the marketplace of ideas.

While some might attend, as is their right, I won’t be viewing this provocative show. But I hope you’ll join me in welcoming the 49 other shows that Chicago Fringe Festival will bring to our community later this month. I look forward to continuing the work to support and cultivate creative arts in our community.

Let’s explain this hubristic blather with intelligent care, as it will reveal Mr. Arena aiming to do more than manipulate opposing sides of a delicate issue to assure his political survival.

Thin whitewash painted over a meaningless public statement, Mr. Arena’s contention a lottery is responsible for “A Virtuous Pedophile” is plain claptrap. An organization devoted to advancing the “un-tried and weird,” Chicago Fringe Festival almost certainly seized on “A Virtuous Pedophile” and rigged the lottery to give the greatest amount of exposure to a performance which would never seat an audience in a respectable theater and would only be found inside some outlying, underground playhouse renown for offering artistic oddities.

Demonstrating an acute ignorance over what qualifies as art, Arena described a production he summoned to the community as “uncomfortable, provocative, and triggering,” but remained steadfast to its defense. While some may ponder how Mr. Arena defines art, rational people understand art does not exalt the indecent, but honors a worthy individual, object, or subject. However, his description of the role art plays in society is essential in understanding why Arena labored to return Fringe Festival to Jefferson Park and why he is determined to keep it in the neighborhood. A thumbless plan but political in nature, Arena’s inane statement on “A Virtuous Pedophile” reveals a portion of his overarching ambition to establish a new order in the neighborhood is to use the arts as a means to advance the cause of social progress. In Arena’s distorted mind, a reversal in prevailing cultural views has not occurred with the swiftness to meet his political standard. Evolution, Arena believes, is prolonged; therefore, to hasten the political and cultural revolution he seeks in the 45th Ward, Arena allowed a bizarrely contorted, ideological-driven cultural festival to flourish in a neighborhood he believes remains in the darkness. Just as his Olympic-sized lies facilitated legislative success for his plans at 5150, to achieve his vision for a Progressive utopia in the 45th Ward, Fringe Festival was one such engine required to power a sharp lurch to the Left.

A brazen attempt to homogenize the community through out-of-control activism, Arena never uttered a word of concern for victims of pedophilia, sneered at the anxiety from those who objected to the discarding of civil standards, and dismissed sensitivity toward his constituents’ discomfort at the performance of “A Virtuous Pedophile.” Consumed with pursuing his personal cause, Mr. Arena’s “nothing to see here” statement was a genuflection to every emotional and intellectual soft spot of his multicultural Left base. A careless saboteur, Mr. Arena’s willingness to receive an organization promoting a piece of art intended to grapple with the “complexities” surrounding pedophilia offers Jefferson Park residents a glimpse at the covert ideological battles Arena is willing to wage against his constituents to achieve his wildly impractical Progressive policy objectives. As with his development plans for 5150, those who oppose the self-interested Arena are part of an old order, seek to preserve an outdated rules-based morality, are hysterical or closed minded, and neither understand nor treasure his enlightened values.

John Arena must have put the book on leadership down after chapter one.

A rather sad character, John Arena is neither a leader nor a man of goodwill, but a soft revolutionary aiming at turning the 45th Ward into a Progressive mecca. Unbeknownst to Arena, the purpose of elected office is to lead and serve others, not advance a favored political cause or career. Equally important, leadership requires a willingness to listen, seek compromise, and occasionally accept the less than ideal. Similarly, legislators need to govern with some fidelity to philosophical and moral ideals. Unfortunately, under John Arena, residents of the 45th Ward have become hit-and-run victims.

When civic norms were tested with the staging of “A Virtuous Pedophile” and an opportunity presented itself to Arena to demonstrate a readiness to lead through careful collaboration with residents opposed to politicized art, he merely flexed political muscle. In reality, by shaking his fist in opponents’ direction and showing disdain for objections to artistic displays which undeniably take on tender boundaries and represent a collapse in values, Mr. Arena demonstrated again he is not to be trusted and has doomed for the foreseeable future enjoying any sort of affectionate relationship with residents who cherish a right and wrong ordering in their lives.

Furthermore, by refusing to issue a strong and visible statement of disapproval over “A Virtuous Pedophile,” and barring the production from the community, Arena in essence issued a warning further scandal awaits the 45th Ward and the expression of opposition, moral indignation, or attempts to preserve the community as a place of reason will be snubbed by his office. By agitating against constituents over “A Virtuous Pedophile,” Arena only established another precedent which will further divide civic harmony in the 45th Ward in a way virtually impossible to reverse. For a man who specializes in representing the victimized or oppressed, John Arena does a miserable job of responding, unless you are his kind of victim.

Upon his election in 2011, no Jefferson Park resident anticipated John Arena to be a leader in the Churchillian mold, but many expected him to embody some qualities of an Atticus Finch.

Arena, as it turns out, is neither.