What Alderman Raymond Lopez Brings to the Chicago Mayoral Race 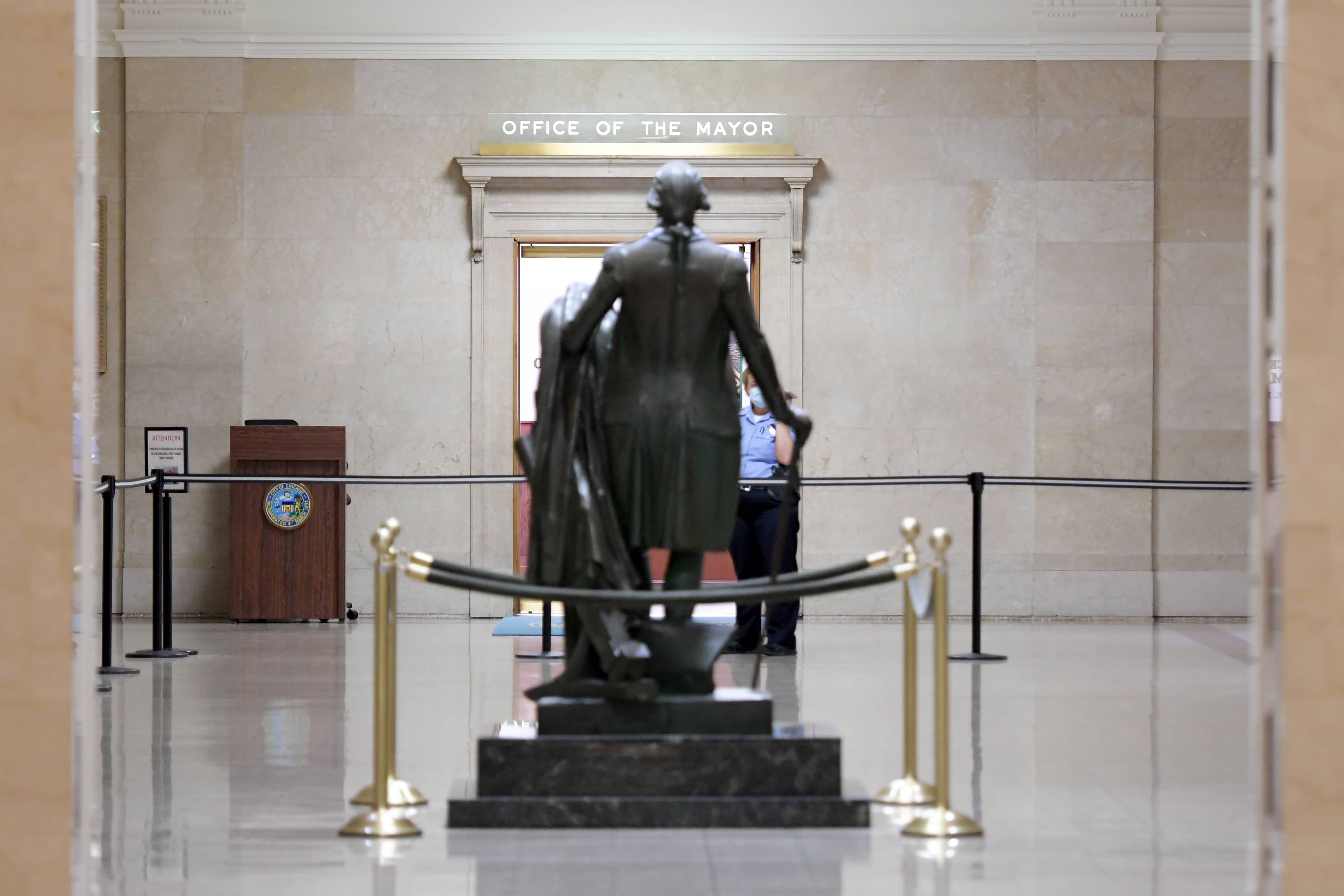 The contrasts separating Mayor Lightfoot and Alderman Lopez are stark

In a widely expected move on April 5th, Alderman Ray Lopez (15) formally announced his candidacy for mayor of Chicago. A declaration that creates a fascinating dynamic to the 2023 race for City Hall, Mr. Lopez’s willingness to challenge Mayor Lori Lightfoot and his impact on the race is worth a close look.

With the Chicago mayoral election drawing closer, and her approval ratings looking as dismal as an early spring day in the city, Lightfoot is taking steps to make herself appear a bit more moderate. Only weeks ago, she appeared to rediscover the crime issue and met with New York Mayor Eric Adams to discuss strategies to reduce the violence roiling Chicago’s streets.

A deeply unpopular mayor, Lightfoot recently proposed to temporarily roll back gasoline taxes (by a whopping $.03 per gallon) and voiced her intention to return the statue of Christopher Columbus to its pedestal in Grant Park. Lightfoot stated as much just weeks after it was revealed that she had remarked she had a “bigger d**k” than the Italians. In two other dubious moves, Lightfoot unveiled a plan to hand out gas cards and is offering a rebate (eligibility to be determined) on home security systems. The mayor also recently introduced a program that permits city attorneys to provide free legal guidance to low-income tenants facing eviction.

Her recent moves notwithstanding, clear-eyed voters can recognize Lightfoot's cynical moves as an incumbent gambling on a strategy that consists primarily of showering federal largesse on select voting blocs and, while putting no specific action plan in place, proposing token initiatives to confront the crime wave plaguing city streets. The mayor’s empty gesture regarding the Columbus statue is at least an acknowledgment that the gratuitous smearing of Italians was a bad look.

Without a doubt, Chicago is in the throes of a deep crisis. Loyal Democratic strategist and former Obama aide David Axelrod has mused that both Lightfoot and Governor J.B. Pritzker may have trouble getting re-elected. Crime is rampant. A young female attorney was recently beaten and hospitalized during daylight hours right in the heart of the Loop. While activity in the Loop has picked up, it is still a shell of its former self. The Magnificent Mile, the jewel of Chicago shopping and its premier tourist attraction, is swiftly morphing into the Mugger Mile, and the owners Water Tower Place are turning the keys over to the bank. Once considered among the safest quarters in Chicago, the tourist destination is now regularly raided like the old stagecoaches of yore.

Just a few weeks ago, Chicago-born, Brown University professor, Glen Loury, and Matt Rosenberg had a long and engaging discussion on Loury’s podcast over the future of the city centered on Rosenberg’s new book What Next Chicago? Notes from a Pissed-Off Native Son. For those who are concerned with the future of Chicago, it is recommended you take the time to listen to this fair and honest exchange between two people who truly care about the Windy City.

Yet, one of the most interesting names is 15th Ward Alderman Raymond Lopez. Would Lopez make a strong mayor in this city that has been buffeted by COVID-19, an unprecedented crime wave, a shrinking population, and economic headwinds? It’s difficult to say. Few residents know much about Lopez’s executive ability, and few know how the alderman would do facing down the empowered Chicago Teachers Union, the more radical elements of City Council or other entrenched interests in the city. Like Senator Rand Paul in Congress, Lopez has done well in his role as a nemesis and provocateur of Lightfoot. Despite Lopez establishing himself as a scourge of the mayor, being a nemesis and a strong executive are two different skills.

Nevertheless, for Chicago residents who are familiar with Mr. Lopez and have observed him over the past several years, the 15th Ward alderman presents an intriguing possibility and a fundamental contrast to Mayor Lightfoot.

On the surface, Lopez has the requisite Democratic credentials. Lopez sang the praises of Stacey Abrams and her push on expanded voting. If you are playing the intersectionality game (and it’s an essential requirement in blue cities), Lopez checks off two of the boxes: He is Hispanic and gay. However, that is where the similarity with Lightfoot ends, and where the discussion as far as Lopez is concerned, begins.

The contrast between Lopez and Lightfoot is a microcosm of a larger ideological battle that is being played out on the national level. Some see Lopez as a conservative Democrat. However, others see him a bit differently. Lopez himself would probably deny it, but he has all the indicia of being a populist. Seen in this light, a contest between Lopez and Lightfoot is a localized front in the broader struggle between elitism and populism.

For those who have followed Lopez’s social media for the last couple of years, the alderman’s tweets often involve him rolling up his sleeves and doing the unglamorous day-to-day work of serving the people in his ward: Organizing snow shoveling for seniors, ensuring that his constituents have heat during frigid winter nights, promoting neighborhood businesses, doing neighborhood clean-ups, expressing thanks to the street cleaners, and most importantly, fighting neighborhood crime.

During the 2020 “Summer of Love,” Lopez’s office was trashed several times by gang members, while the city offered him little protection. Take a stroll through the 15th Ward and you are most likely to see the alderman brandishing a broom or snow shovel, pitching in. The alderman’s constant visibility has been uplifting for residents of his ward.

However, when Lightfoot attempts to connect with “the people,” it ends up falling flat and looking cringy and absurd like when she dressed up as the cartoonish Clorox wipes bandit or appeared with the "Census Cowboy", a man who was later arrested. Lightfoot in every way is an elitist and acts that way. Born in Ohio, Lightfoot attended the University of Michigan and University of Chicago Law School, and worked at top tier law firm, Mayer Brown, before entering the public sector and a string of government agency jobs.

Lopez, on the other hand, is a born and bred Chicagoan. His background is a bit more modest, and the alderman follows the civic credo that all politics is local. A graduate of Saint Laurence high school who enrolled at the University of Illinois at Chicago, Lopez has no advanced degree or experience in a white shoe law firm. Prior to his election to the City Council, Lopez worked as a skycap for 12 years at Midway Airport. That experience necessarily means that he has deep, face-to-face experience dealing with ordinary residents, solving practical problems, and in a setting in which they are not always on their best behavior — not just Ivy League educated lawyers or corporate executives.

During that 2020 “Summer of Love,” Lopez posted several photos of the vandalism committed by local gang members who roam freely in his ward. Lightfoot, in contrast, was insulated from threats to her personal safety. The mayor now has a security detail that rivals Nikolas Maduro’s or Vladimir Putin’s, with the protection of 71 officers, while the rest of the city suffers under a wave of violence. While Lightfoot imposed draconian and arbitrary mandates on the rest of the city (based on “the science,” of course), she exempted herself, and was caught getting her hair styled, rationalizing that “she was the face of the city.”

While Lopez was seen sweeping up shards of glass in his office that summer, Lightfoot’s seminal moment was striding to an asphalt basketball court in East Garfield Park with her complete security entourage to disperse a group of young black teens out playing basketball. “Go home. Go home,” Lightfoot exhorted as if she were shooing away a stray dog. Responding to the mayor derisively, one of the youths could be heard shouting: “You go home.”

There was so much wrong with that scene, and it exemplified a clear delineation between Lightfoot and Lopez. While Lightfoot bullied kids engaged in healthy activities, out in the sunshine, she excused, coddled, and rationalized criminal behavior, offering excuses such as “they felt unloved” or that they were “bored” because of being in COVID lockdown. Lopez, on the other hand, understands the here and now: organizing committees around “root causes” of crime will not begin to arrest the problem and that it is crime that causes poverty, not the other way around. Just a few days ago, in a message posted on social media that demonstrates his campaign is grounded in reality, Lopez tweeted:

"Chicago will never be able to invest in the South & West sides until we bring safety back to those communities. A young entrepreneur is leaving because this administration has failed him, paying lip service to creating opportunity in disinvested neighborhoods."

Lopez also engages with people with whose political views differ from his own: The alderman has appeared on Tucker Carlson’s show a number of times. It’s doubtful Lopez and Carlson’s political views are in complete alignment. Conversely, Mayor Lightfoot is known to simply dismiss opposing views, or bully those with whom she disagrees, even when the dissent originates within her own party.

At this early stage in the mayoral election, it is difficult to say whether Lopez will be a strong enough mayor to pull the city out of its tailspin. Chicago is facing some terrible headwinds and this summer is certain to see an uptick in violent crime. The surge has several architects — Judge Tim Evans, Kim Foxx, Governor Pritzker, the Obama administration’s consent decree, along with the fecklessness of Police Superintendent David Brown. The CTU wields disproportionate power in a shrinking system. Additionally, Lopez would have a very radical wing of the City Council to contend with. Still, he is an interesting candidate who is tightly focused on a limited number of priorities.

In attempting to fan the embers of a flagging city, Lightfoot made trips to California, purportedly to lure tech companies and workers into Chicago. Meanwhile, Lopez understands the history and character of the city, and has been messaging about trade schools instead of college. Chicago is still a working-class town — a town of the Grabowskis, and, as a non-elitist, Lopez fully understands that learning a marketable trade holds a better path and a better future for many young Chicagoans.

Lightfoot’s claim to be a reformer has gone nowhere. To the contrary, the mayor has all the badges of an elitist: A high-priced education, some work experience at a major international law firm, little transparency into her decision making and above all, harshly enforcing rules and creating an environment from which she exempts herself.

Lopez, in contrast, has a much more modest academic and employment background. Consequently, Lopez connects with people at street level. Above all, Mr. Lopez demands transparency and openness, is accessible, and has demonstrated a willingness to listen and engage with people on the other side of the aisle. Lopez thinks and acts like a public servant, rather than an overlord. Lightfoot, on the other hand, has had press conferences where no questions are taken, and egregiously limited her interviews to journalists "of color."

Chicago has some wonderful natural advantages — a central location, a diverse, educated workforce, a vibrant cultural community, a diverse economy, two world-class universities, and many other fine colleges and universities. However, Chicago has been seriously wounded under Lightfoot and everyone knows it. The middle class is leaving — both black and white — and Lopez is already talking about how to keep talent here.

Lopez is relatively young, high energy, and has demonstrated courage on many levels.  If there is hope of turning this city around, Lopez appears to be the better bet.