Are Women and Children Sacrificed in Chicago’s Progressive Movement? 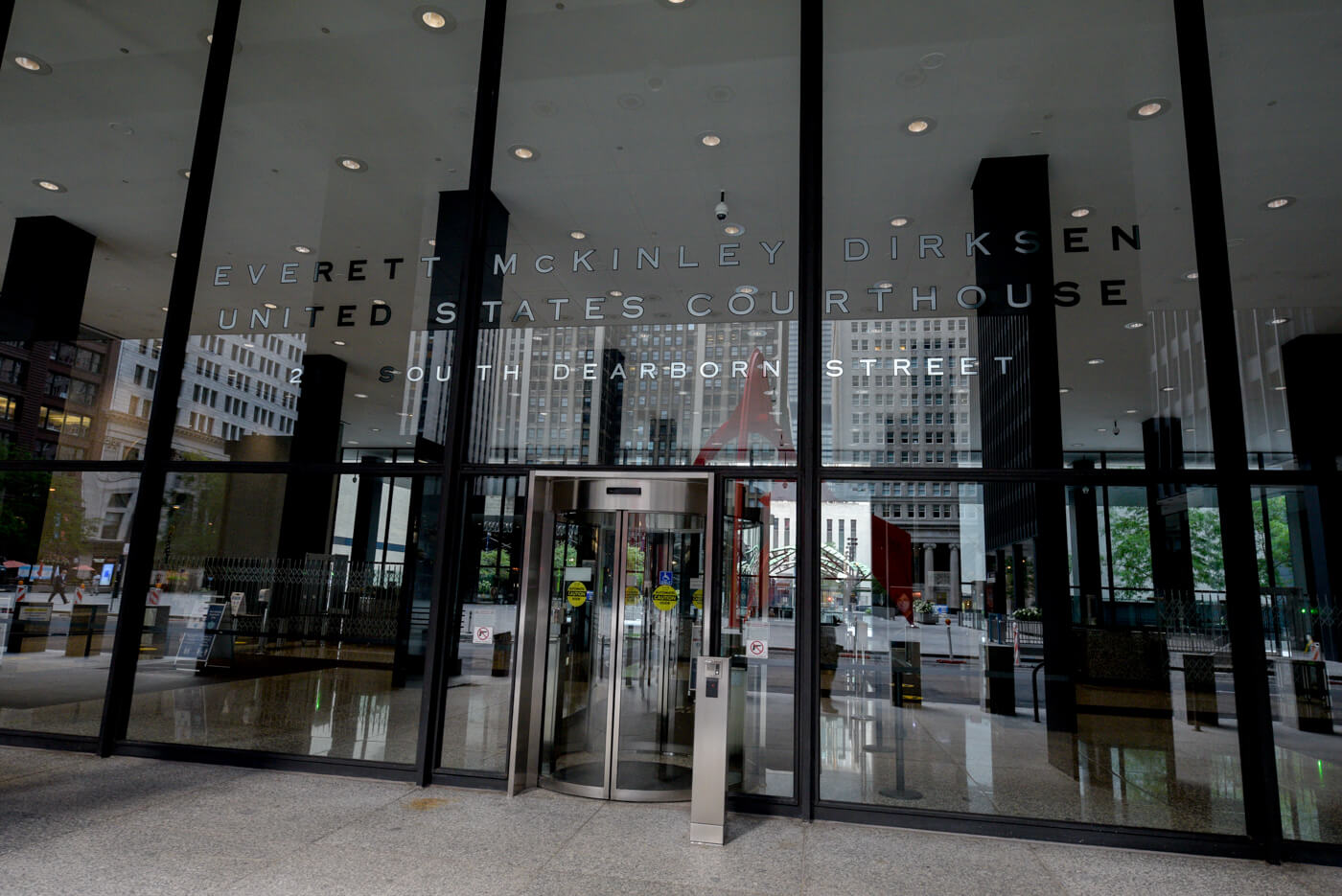 No one in the mainstream media will acknowledge the possibility, but there are signs everywhere that the militant progressives currently running Chicago are willing to sacrifice even the safety and rights of women and children in their quest to destroy the criminal justice system.

These signs, a kind of "pattern and practice" reverberating throughout the city’s institutions, places Chicago’s corruption in focus, obliterating any romantic delusions about the inner workings of the city and serve as a warning to the rest of the nation what is at stake under one-party "progressive" rule.

Consider a recent lawsuit from a former Northwestern University cheerleader accusing the school of pressuring her into becoming a “sex kitten” for school fans. According to the suit, former cheerleader Hayden Richardson claims she was the victim of sexual harassment and assault during a stint as a cheerleader.

In a city not guarded by progressive militants, the Northwestern story would be a Pandora’s box, as similar claims have been alleged before at the school. Former professor at the university's Medill School of Journalism, Alec Klein, for example, was targeted by a collection of former journalism students who in 2018 came forward and accused Klein of sexual misconduct. So many students eventually signed letters of complaint that Klein resigned. He eventually wrote a book denying the allegations.

Of the few media outlets that covered the allegations against Klein, the most notable was Chicago Reader. The articles covering the Klein matter were written by Maya Dukmasova, the latest in a long line of writers at the outlet championing claims of chronic misconduct and racism within the Chicago Police Department.

Dukmasova was all over the allegations against Klein, writing several articles about it. In one piece, Dukmasova wrote:

"Following the February revelations, the university — which had cleared Klein of wrongdoing in a prior investigation — launched a new inquiry. At least 22 complainants came forward to Northwestern's Title IX office, according to several sources familiar with the latest investigation. After concluding its inquiry in June, the university released confidential findings to each of the complainants. Several of them told the Reader that Northwestern found that Klein had violated the university's sexual harassment policy and the 'policy on civility and mutual respect,' which covers bullying."

"The university issued an official apology on July 10. "Northwestern University apologizes to our current and former students and former employees for the experiences that they went through," wrote spokesman Alan Cubbage, adding that the institution "is committed to fostering an environment in which all members of our community are safe, secure and free from sexual misconduct of any form."

Klein, however, is not the only Medill professor to come under fire. In 2011, professor David Protess also left Northwestern in the midst of a scandal. The once-iconic professor whose work had paved the way for freeing some dozen inmates on the claim they were wrongfully convicted was suddenly accused of lying about his cases by Northwestern.

"In sum, Protess knowingly misrepresented the facts and his actions to the University, its attorneys and the dean of Medill on many documented occasions. He also misrepresented facts about these matters to students, alumni, the media and the public. He caused the University to take on what turned out to be an unsupportable case and unwittingly misrepresent the situation both to the Court and to the State."

Perhaps the most troubling accusations against Protess involve the tactics he is accused of using in soliciting statements in his investigations. Those tactics have come under fire in federal lawsuits against the police. (Wrice v. Burge:)

"Defendants also claim that 'a substantial body of information has surfaced in the past several years concerning illegal and coercive tactics that were routinely utilized by Protess and his designees  to  obtain information  and  recantations from witnesses in several cases, including Plaintiff’s case.'  According to Defendants, 'Witnesses from whom  Protess  procured recantations  in  other criminal  cases have since come forward alleging that Protess and his team of investigators used coercion in various forms — dangling  young  female college  students  as  sexual bait,  impersonating  movie producers, promising  book/movie deals,  making  cash payments,  and promising  convicted   murderers   their  freedom   from   prison — to  procure   false   recantations from them.'"

While it is troubling enough to have any professor accused of sexual misconduct, the allegations that a professor would be using female students as “sexual bait” in murder cases, some of which were overturned through the work of these students, would be a whole new realm of misconduct. Such allegations would be rife for deep investigations, certainly in a city governed and overseen by so many self-proclaimed progressives.

And yet these allegations have never been seriously investigated by the local media, including Dukmasova. They are not even mentioned as background in the story on Klein.

Could it be that this dark chapter at Northwestern University is ignored because Protess played such a vital role in the wrongful conviction movement, the foundation of the anti-police movement in Chicago? Is it because an investigation against Protess and the Innocence Project at Medill might threaten many of the anti-police narratives generated at the elite journalism school? Is this the reason such allegations are overlooked? Is the silence over the Protess era a sign that Chicago progressives are willing to ignore potential abuses against women, students, no less, to protect their anti-police crusade?

The question becomes more compelling in the 1994 rape and murder of Antwinica Bridgeman. Bridgeman was found in the basement of an Englewood building with an iron pipe thrust into her vagina and a brick smashed on her face. The two men who confessed to the horrific crime, Nevest Coleman and Darrel Fulton, were released from prison soon after Cook County State’s Attorney Kimberly Foxx took office. Foxx claimed both Coleman and Fulton were coerced into confessing to the crime by several detectives, two of whom had been accused of coercing confessions in a host of cases.

Yet attorneys representing these detectives in the lawsuit that could make both Coleman and Fulton millionaires recently alleged in federal court that even top prosecutors in the Foxx administration did not believe the two men were innocent of the crime, a claim that went unreported by the entire media establishment save the Contrarian.

Why so much silence from Chicago’s media, elected officials and activists when attorneys allege in federal court that even prosecutors who reviewed the case believed the two men were culpable and that the detectives did nothing wrong?

Is this another example of Chicago progressives looking the other way when evidence exists in a seminal case exonerating the police, even in such a horrific crime against a young African American woman? Wander through the wasteland of Chicago’s monolith, sterile media that is the public relations outlet for every progressive attack on the police and you will not find one story about these allegations.

Then there is the Tyrone Hood case. Hood walked out of prison for the 1993 murder of a young man, Marshall Morgan, Jr., when Governor Quinn commuted his sentence. The Hood commutation, like the murder case of Antwinica Bridgeman, involved two detectives under chronic fire from the media and attorneys. City attorneys are attacking Quinn’s decision to let Hood out of prison. Quinn fought the subpoena for a deposition, a story all but ignored, yet again, in the media and among elected officials. Could one imagine a more newsworthy story than a governor subpoenaed to testify why he freed a convicted killer?

Wouldn’t allegations that an Illinois governor falsely freed a man who was convicted of murdering a youth generate progressive outrage?

Is the Hood case another potential example that a young man is little more than fodder for anti-police hysteria that guides progressivism in Chicago?

The list goes on and on, but there are more worth mentioning.

In 1998, Gabriel Solache and Arturo Reyes were charged and ultimately convicted in the stabbing of a young couple on Chicago’s Northwest Side and the kidnapping of their two young children. Like so many convicted killers, they claimed they were coerced into confessing to the crimes, despite the fact that a third offender, a woman, maintained for decades they participated in the horrific crime.

In one of the most bizarre and despicable actions in city courtroom, Circuit Court Judge James Obbish capitulated to the circus antics of the two men’s supporters and their media lapdogs. Disregarding the overwhelming evidence against Solache and Reyes, Obbish tossed the convictions. Nevertheless, in the more civilized federal court, city attorneys are aggressively fighting the claim that the two men are innocent. The allegations of these attorneys defending the detectives, once again, fall silent in Chicago’s progressive wasteland: A woman stabbed to death in her own apartment and her children kidnapped.

However, no case suggests the progressive depravity to the rights of woman and children more than the 1987 arson on the South Side once attributed to Madison Hobley. Despite the record that Hobley confessed twice to setting the fire in the building where his wife and child were staying, he was released by Governor Ryan in 2003, along with four other once-convicted killers. Ryan released Hobley despite the fact that no new evidence had been presented exculpating Hobley or any of the other four men. Hobley’s claim? The police coerced him into confessing.

Unfortunately, Hobley was never able to convince one jury, judge, prosecutor or appeals court, just a machine hack and crooked politician in Governor Ryan, who was himself facing a 21-count indictment when he cut Hobley lose. All told, seven people, including two children, perished in the fire. Dozens more were injured, some jumping out of windows to escape the flames.

For decades, this mass murder has cried out for review, but it has never emerged. Could one reason be it is a seminal case in the mythology of police misconduct upon which the modern progressive movement is built in Chicago and is therefore untouchable?

What would happen to the progressive movement in Chicago if this case was reviewed and the claims of Hobley’s innocence fell apart…again?

More and more Chicago appears to be a laboratory over the last three decades for the extremist left, an experiment to see just how much damage progressives can do to the criminal justice system. How many women and children will be sacrificed in this experiment?

It all begs a question as Chicago’s progressive machine expands throughout the Democratic Party: Is Chicago’s past the nation’s prologue?