Art Institute of Chicago: Firing of Docents is 'Misinformation' 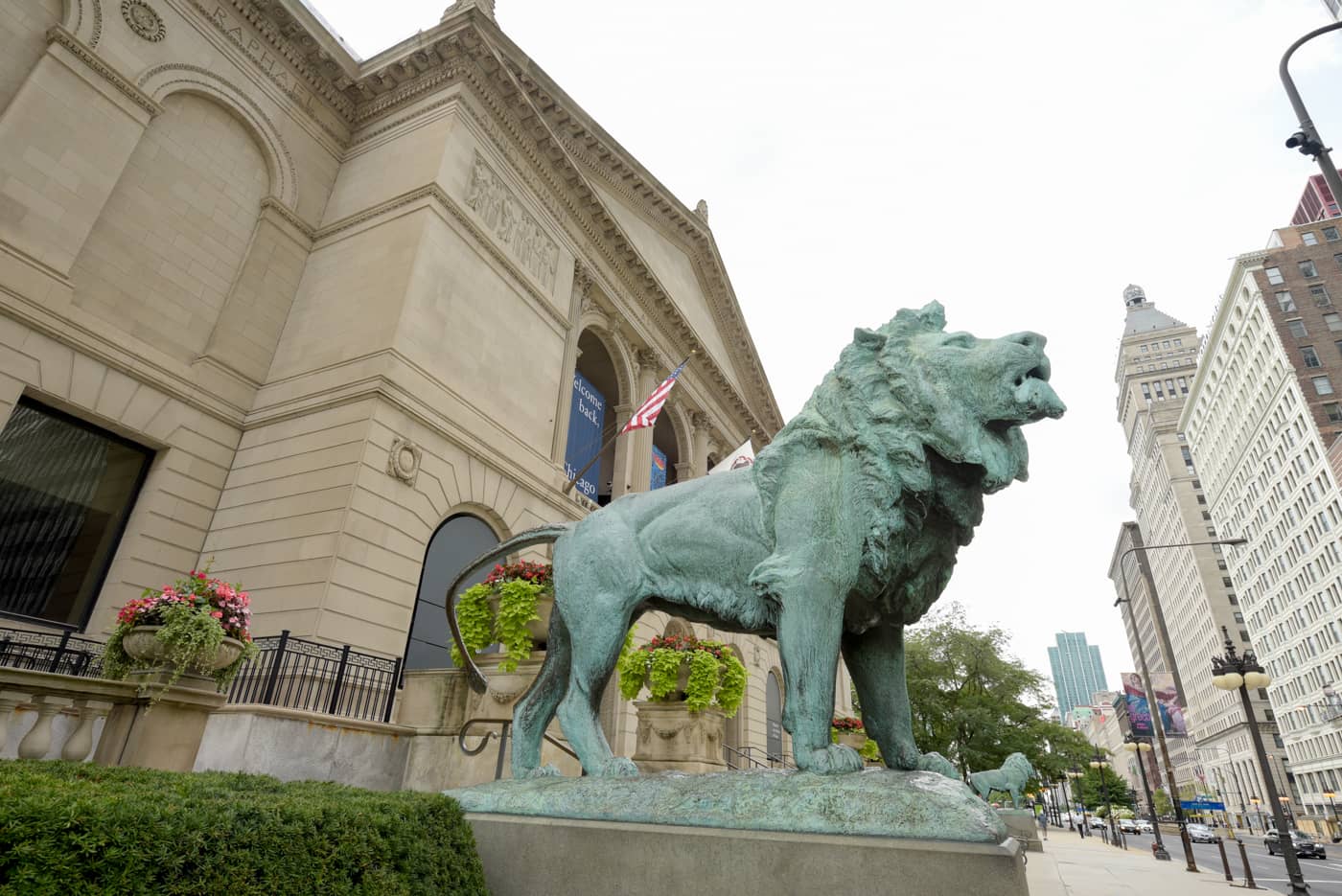 Institution sends e-mail to lapsed member, denying it fired docents in the spirit of equity

“Misinformation” among extremists is like the spice in Dune. It’s in the air, all around you, hovering, turning your eyes blue — or Marxist red — with rage. Attacking it is your duty to The Party. And when something goes wrong with the cultural revolution, it is always a convenient source to place blame.

Said another way: “Misinformation” is often the very fact and analysis which causes absurd narratives to crumble.

Readers of this online journal are no doubt well aware of the firing of volunteer docents at the Art Institute of Chicago in the spirit of “equity.” But now the Art Institute is even denying why it did what it did to donors and members, blaming the controversy surrounding “Docent Gate” on, you guessed it, “misinformation.”

But before we get to the story, let’s step back for a minute.

A complete summary of what happened with the firing of the docents, as well as primary source data including letters to docents from the institution to volunteers and Docent Council responses can be found here.

Even the progressive editorial room at the Chicago Tribune came out against the docent scandal, noting that, "Frankly, the museum would certainly have had a tough lawsuit on its hands for age and race discrimination (there were laws against that, last time we checked) were it not for one thing: Everyone being nixed was a volunteer.”

Here is the point in the story where this author comes in.

My annual membership to the venerable institution was up at the end of last year. And when it lapsed, after “Docent Gate,” I responded that my family would not be renewing in an e-mail response to the renewal notice.

I told the Art Institute of Chicago “no” on my family membership renewal because the docents were essential to why we loved the museum so much over the years, and that one-sided political advocacy from such an institution was deeply disturbing to me.

Most important, the docents made the Art Institute what it is for my wife when she moved to Chicago, drawing her into the amazing collections, and later, even attracting her husband to art appreciation, who loves the canvas but is a buffoon when it comes to knowing anything about it.

Below is the Art Institute's response after notifying them of my non-renewal, despite the fact that I and my family had benefited so very much from the education of the docents over the years.

"Thank you for sharing your concerns with us. The fact that you reached out means you care about the museum and volunteer educators (docents), just as we do."

"We understand that recent headlines have not shared the nuanced nature of the history and planning of the museum’s education program, and that confusion has caused much heartache to both our volunteers and the museum. Our focus now, even amid the misinformation (emphasis added), is on continuing to rebuild our in-gallery learning in a way that centers students and their needs."

"The Art Institute has long been discussing and planning for the restructuring of the volunteer educator program, a restructure that includes volunteers. Nearly ten years ago, the museum stopped recruiting and training new volunteer educators, and after further evaluation, we began conversations with volunteer leadership in 2019 about making more significant changes to the program."

"We all recognized that there were problems with the existing program: it was too rigorous for the current educators, didn’t allow for broad participation, and also wasn’t utilizing the talents of the museum’s education staff. Because the COVID-19 pandemic led to a significant decrease in the demand for tours, this moment offered the opportunity to implement long-discussed updates. To prepare for these changes, we have formed an education advisory council including several of the volunteers to help shape our new program so that when tours increase to pre-pandemic levels both staff and volunteers will be working together onsite. This is and has always been our plan."

"We look forward to serving students in ways that honor all. Many thanks for your concern."‍

So there you have it. The firing of the Art Institute of Chicago docents in the spirit of “equity” is “misinformation,” rather than what it actually was: “Too much white in the palette,” as the Chicago Sun Times, usually the people’s daily, labeled it, in an editorial.

The broader non-profit and giving narrative to come out of this disaster is actually profound and sad. I am currently a member of multiple non-profit boards, and someone who believes deeply in charity. My wife has also served on multiple boards, including some of the largest focused in the Chicagoland region.

From my connections, I knew what happened, prior to even receiving this form e-mail response from member services: A progressive takeover by a tiny group of individuals who stormed the halls in the dark of night when their social justice Molotov cocktails would have the most fiery impact and face the least resistance — and then the defense of it by others, trying to try to save face, which created yet another PR backlash.

And so it goes. Lie after lie in defense of divisive advocacy, tearing apart the mission of this institution.

Oh I’m sorry, let me translate, since Latin is racist: “There can be no debate with those who deny the foundations.”

The tragedy of this for giving and philanthropy is not just that the truth is coming out. It’s that the actions of a very few — that have nothing to do with the mission of the organizations they are affiliated with — are starting to tear at the fabric of boards and cultural institutions in Chicago and beyond.

So here’s what is really happening among board members these days in response who are realizing you can’t debate with those who deny any view but their own: They are tuning out. That is, except for the very few extremists or those who join boards for self-serving reasons, others are just starting to focus on other things in the background.

As are large donors who opt not to join boards and often give anonymously.

The result is that board members and larger donors who care about the foundations of each cause they support are starting to question the annual four, five and even six figure checks they write and the larger capital campaign contributions they underwrite.

When asked for their time (not just their wallets), they’re sipping an extra glass of wine on Zoom board meetings or doing homework with their kids in the background. They aren’t resigning their seats outright — they’re simply waiting for their terms to expire to leave or drop down a level.

In many cases, it’s not even a deliberate decision to disengage. It’s just happening.

Rather than speak up, like the CPD’s rank and file “go fetal” policing model, that considers the personal financial, legal and personal risk from simply doing one’s job and hence adopts a more passive and observational approach, most are just pulling back.

Some are even taking physical steps out of the door and out of state, especially as those with kids past the high school level start to relocate to warmer or mountainous, safer and often lower tax states, where they will ramp up their philanthropic endeavors in other areas. As an example, I recently joined a non-profit board in a neighboring state focused on environmental conservation.

In short: As charity packs its bags and tosses in a swimsuit and sunblock for good measure (or a snowboard and hiking boots), It will be a slow death for some of Chicago’s cultural and non-profit institutions that forget why they are here in the first place.

But sadly, it’s coming, as the “misinformation” excuse in defense of radical advocacy wears thin on those who write checks of all sizes to support the actual mission of these organizations — not a completely separate cause they may or may not agree with.

And more of us are starting to speak up, shifting our time and donations around to organizations whose missions remain eternal.‍

Benjamin Blair is an entrepreneur and investor.‍