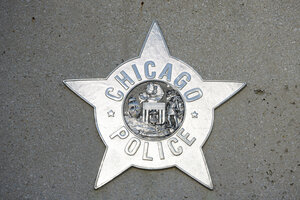 Following the race riots which overtook several American cities in the mid-60s, President Lyndon B. Johnson created the National Advisory Commission on Civil Disorders.  Known as the Kerner Commission, the panel was mandated with uncovering the genesis for urban turmoil which had consumed over 150 cities, the most destructive of which occurred in Detroit, Michigan, and Newark, New Jersey.

Chaired by Illinois Governor Otto Kerner Jr., the members of the Kerner Commission included a long list of prominent civic and business leaders.  A panel President Johnson enlisted for the specific reason its members were of moderate political persuasion, each of the committee members had distinguished themselves in the fields of public service, law or business.  Moreover, those appointed to the Kerner Commission all demonstrated a depth of understanding of the matter under consideration and all were men and women for whom party label or ideology were unimportant.

Beginning its work solemnly in July 1967, the panel released its findings some seven month later, concluding culturally embedded forms of discrimination, a justice system deeply distrusted by blacks, high unemployment, and poor housing were flywheels which drove the urban violence.  The primary blame for the unrest, the commission’s report found, were police, who played a significant role in racial tension in numerous urban areas.  A study which propelled policing into the national debate, the commission urged some changes, but did not dare to recommend changes to specific police use-of-force procedures.  In the decade following the Kerner Commission’s conclusions, multiple efforts were undertaken to apply the panel’s review and its prescriptions for healing differences between police and minority residents.

The Kerner Commission was not the first board on any level of government created to study a sudden manifestation of a problem with deep-seated causes and no immediate remedy.  Though these para-governmental devices have existed on the federal, state, and local levels of government for years, one critical feature of an appointed commission charged with exploring a fundamental societal problem is the adjudicators seated on the commission are well regarded public figures trusted to examine the problem.  This is an attribute which establishes legitimacy to the panel itself and lends credibility to a commission’s findings.  While it may occasionally be sensible to seek guidance from thoughtful outsiders instead of relying on career civil servants or prominent businesspersons, a committee paneled by Mayor Lori Lightfoot to study Chicago Police Department use-of-force guidelines, the Use of Force Working Group, contains few individuals with even the basic competency to review such a sensitive police policy.

A task force with origins in Ms. Lightfoot’s campaign for mayor, Lightfoot rolled out the 20-member panel on June 15.  Its purpose, according to the mayor, is to “propose policy recommendations designed to further ensure use of force policies respect the sanctity of all lives, officer safety and de-escalation techniques that prevent or reduce the need for force.”

While Ms. Lightfoot’s committee does seat social workers, an ACLU attorney, health experts, and a contingent of anti-police activists, most of the members have virtually no background in police policy or procedure and no police input has thus far been welcome in discussions held.  Worse, some of the voices on this panel have affiliations with organizations known for their hostility with police or appear to harbor personal grievances against police.  For example:  Though listed as a “neutral note taker,” panelist Jim Alrutz is employed by the Chicago Public Schools (CPS) as a “student adjudication prosecutor.”  Similarly, Michael Harrington, community group Network 49 co-chair, a Progressive group, spent five years as an official with the Chicago Teachers Union (CTU).  Likewise, the ACLU is not a friend to the CPD.  While an association with the ACLU, CPS or CTU should not be viewed as an indictment, it is not a secret both the CPS and CTU members are on the streets calling for police to be defunded and police to be removed from schools.  Furthermore, another member of Ms. Lightfoot’s committee, Father Larry Dowling, pastor of Saint Agatha Parish on Chicago’s West Side, has publicly advocated for the abolition of police.

As disheartening as it is to see supremely unqualified persons to be vested with the responsibility to review police use-of-force policy, three other committee members are distinct from fellow panelists for their radicalism.  A community organizer and activist, Amika Tendaji is listed as a co-founder of Ujimaa Medics, a South Side group with interests in health and self-determination for blacks.  Ms. Tendaji is also a lead organizer with urban insurgent group, Black Lives Matter (BLM).  Spreading BLM hatred for police in a July 20 public speech, Tendaji attempted to justify the assault on police protecting the statue of Christopher Columbus days earlier and warned if Chicago did not accede to BLM demands, Chicago would “continue to burn.”  Hardly one to limit her inflammatory rhetoric to public speaking, Tendaji used social media to promote an anti-police video titled “#FTP (F**k The Police) Log pt 1” uploaded on YouTube.

Not unlike Ms. Tendaji, Tanya Watkins, too, is a community organizer with leadership positions at Southsiders Organized for Unity and Liberation (SOUL) and Black Roots Alliance, both of which have deep ties to Black Lives Matter.

While the seating of Ms. Tendija and Ms. Watkins on the Use of Force Working Group is sufficiently chilling, the most alarming of Mayor Lightfoot’s appointments to the panel is its co-chair, Arewa Karen Winters.  A woman who appears to clutch a loathing for police, upon her introduction to the group, Winters celebrated by declaring her newfound “power” by describing Chicago police officers as “psychopaths with guns.”  An utterly repulsive characterization of peace officers and one which should have immediately disqualified Winters from the committee, if Winters is judged by her remarks on police or appealing to the words of Angela Davis, it is fair to speculate Ms. Winters is driven by the oldest motive of all, revenge.  The aunt of Pierre Loury, Ms. Winters founded the group The 411 Movement for Pierre Loury following Loury’s death in 2016.  A documented gang member and drug user with a number of arrests before his death, in 2015 Loury and four acquaintances assaulted and robbed a woman at the Kedzie/Homan Blue Line station.  In court, Loury received probation for the crime.  Refusing to abandon his wayward ways, Loury was chronically truant from school, frequently ran away from home, and developed the habit of splattering images of himself brandishing a firearm on social media.  Sinking deeper into gang life, in April 2016, Loury was shot by a Chicago police during a chase in which Loury pointed a gun at officers.  To honor Loury’s memory, Ms. Winters has traveled as far as Castro’s Cuba, where she participated in a public forum at which she praised both Fidel Castro and Che Guevara and concluded her remarks with a rousing “Viva Cuba.”  Unsurprisingly, Ms. Winters neglected to mention her great-nephew was armed and leveled his weapon at Chicago police officers.

As singularly unqualified as most of these panelists are to determine police policy and procedure, residents concerned with crime should pay close attention to the group’s recommendations.  Under the re-written directives, Chicago police officers would be forced to acquiesce to the Civilian Office of Police Accountability (COPA), whether on or off duty, and in almost every aspect of their life.  Particularly alarming among their recommended changes is the expanded role COPA would serve in the preservation of a scene at which a sworn officer is involved in either a fatal or non-fatal shooting.  Though Illinois code prohibits officials not sworn under law to investigate shooting incidents, the working group is demanding COPA assume complete control over any officer-involved shooting scene.  Pursuant to the working group’s demands, civilian investigators with COPA would be the first summoned to such scenes, ahead of police supervisors.  Likewise, COPA would have the authority to sequester personnel involved, have final approval over the review of body-worn and dash-cam video of the incident, and demand the officer involved or fellow officers who witnessed the episode be forced to submit statements in the immediate aftermath of the incident.  Doubly concerning, the new guidelines would prohibit a union representative or attorney present while the officer furnishes a statement.  A barefaced violation of police rights preserved under the Garrity Act, the working group is also demanding full and unrestricted access to every Law Enforcement Database available.  Moreover, the working group also seeks to expand the circumstances under which an officer can be dismissed.  A new set of guidelines with a peculiar obsession with altering language, the working group is demanding General Order G03-06 replace “involved death” with “kill,” “firearm discharge” with “shoot at a person” and “statement” with “interrogate” to connote officer guilt.  Finally, in a ridiculous demand which takes no account for the sensitivity of a police investigation and will rush official inquiries, the working group is insisting police reports regarding all officer-involved shootings be released with 48 hours of the incident.

Ms. Lightfoot’s Use of Force Working Group is an incubus of anger.

This sorry display is unbecoming of a mature city.  When the Kerner Commission was empaneled, it seated impeccably credentialed public figures to impartially scrutinize a matter of significance.  Unlike the Kerner Commission, Mayor Lightfoot’s panel to revise police use-of-force guidelines is comprised of Left-wing lawyers, neither of whom are recognized as eminent constitutional custodians, CTU members, and a rambunctious band of BLM activists.

Though CPD policy frequently undergoes revisions, this is the first time the City of Chicago has handed the responsibility over to a civilian commission.  A terrible mistake by Mayor Lightfoot, there are reasons why citizens should never influence police policy.  Policing is a highly technical matter which implores for expertise.  The mastery for successful policing also includes a requisite talent to modify policy.  Unfortunately, no member of the mayor’s panel possesses any foundational understanding of policing, and some of their recommendations violate the law.  A perilous precedent, for Ms. Lightfoot to allow input from such “stakeholders” is certain to have devastating consequences for the mayor, police and law-abiding residents.  First, the establishment of a commission under pressure from the public only creates the cornerstone for calls for further citizen-led committees on any civic issue to grow in size and ferocity.  Second, changes to police policy will discourage police vigilance at critical moments in confrontations with armed criminals over fear of consequences to their careers.  This fear places both police and law-abiding residents in greater danger.  Last, the revisions to police use-of-force guidelines only continue a harmful pattern of erosion of critical leverage police have over lawbreakers.  If Chicago police officers cannot defend themselves, how are they to be expected to protect law-abiding residents?

The use of force among Chicago police officers is not a wrenching crisis.  Since the first of the year 2020, three persons have been fatally shot by Chicago Police and all three were armed with either a gun or a knife.  Mayor Lightfoot has created a monster.  If the mayor desired to act on policing but was unsure over how, creating a commission and placing panelists driven by emotion over logic and revenge over rapprochement is a reward to those who have an interest in rendering police powerless.