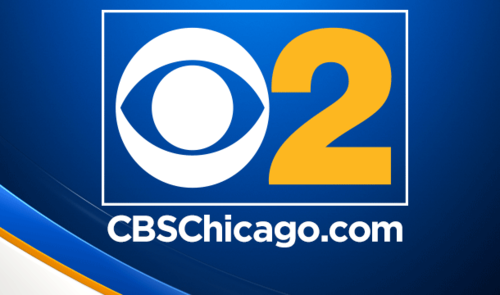 “Scoop” Savini and gang at WBBM serve up another misleading story on Chicago police.

In another piece of anti-police alarmism, CBS 2’s Dave Savini reported on an incident involving a Chicago police officer occurring on the South Side on Thanksgiving Day. A hot news flash fabricated to shake the world, Savini seized on an episode involving Officer Jerald Williams, who is assigned to the Chicago Police Department’s (CPD) Area South Gang Enforcement Unit. Reporting with agog over Williams’ encounter with Bernard Kersh, what began as a story of a man whose brain was pickled on alcohol provoking a police officer ended with Savini treating viewers with yet another fantasy tale of police delighting in barging into homes, harassing innocent residents, and marring a birthday party. Electrified by the affair, Savini focused not on an incident in which Kersh assaulted a police officer, but rather with Williams’ fondness with physical fitness. Williams, you see, is not only in the service of the City of Chicago, but is also a Mixed Martial Arts (MMA) competitor. An issue Savini gazed upon to expose the supposably dark and incurably violent nature of policing, for those who may be overcome with the gnawing suspicion anti-police bias has seeped into Savini’s reporting, you are correct.

With an atmosphere in the studio resembling a household in mourning, CBS 2 opened its coverage with Brad Edwards nodding approvingly as Irika Sargent handed the baton off to the dauntless Savini, who describes the scene as it unfolded on Thanksgiving Day in Chicago’s Chatham neighborhood. Hardly a genial bailiwick of the Windy City, Chatham is a quarter where police often find themselves unwelcome and where the refrain “Eff the police” has become so common it is regarded the anthem of the neighborhood. As Williams and his partner were patrolling near the intersection of 79th and Cottage Grove, the pair spotted Kersh, who was consuming alcohol in public at a bus stop. A violation of the law, Williams approached Kersh, moved him to the police vehicle, and attempted to cite him. According to the police report, Kersh spat upon and licked Williams while the officer was addressing the matter. An assault upon an officer, Williams reacted by wrapping his arms around Kersh, and in a proficient move, performed an emergency takedown to halt the assault.

However, in order to seize the imagination of the public, Savini continued his reporting by subsuming the incident into his preferred narrative of alleged police violence and brutality. Dismissing the assault on a police officer as an irrelevant back story, Savini proceeded to reveal Mr. Williams is an accomplished MMA enthusiast, who has devoted part of his time apart from policing to the contact sport. Reporting with the scenery of Williams competing in MMA matches in the background, Savini’s account of Williams’ recreational pastime bristles with implications of savagery and sadism to insinuate in the face of Kersh’s provocation, Williams’ mastery of the fighting art provided him with an excuse to indulge himself and administer a drubbing on a vagrant.

A ludicrous inference, Savini continued to chase the story by furnishing video footage of Kersh’s mother, Keshia Johnson, who, now an expert on police policy and procedure, claimed Williams’ performance of the takedown method could have killed her son. Drifting on, Savini quotes Kersh’s attorney, Andrew M. Stroth, who parceled out the familiar and flimsy exculpatory narrative Kersh suffers from a host of mental-health issues, notably schizophrenia. Maintaining his sights on Williams, the Kersh incident gave Savini the opportunity to resurrect the specter of his earlier reporting on the CPD’s errant raids. A story WBBM used as a cudgel to thrash police over the mistaken execution of several search warrants, Savini returns to one incident and with a triumphant tone reveals video images of Williams at the scene. An episode now referred to by the good folks at CBS 2 as “the birthday raid,” Savini almost certainly establishes Williams’ role in the matter as evidence to support whispers of pervasive ineptitude among police, to portray police arriving to execute the search warrant with mayhem on their minds, and to vindicate his earlier “reporting” on the subject. Savini concluded his report by lamenting over whether Williams faced discipline for his involvement in the now-notorious “birthday raid,” to which Brad Edwards responded by praising Savini for “remarkable” work.

WBBM, Savini sling another arrow of malice at police.

Savini’s piece on Officer Williams is neither reporting nor investigative journalism. To the contrary, it’s dumpster diving. Though presented as the fruit of exhaustive investigative reporting, Savini’s story resembles the work of one who spent countless hours poised over a computer keyboard Googling up dirt on Williams, trolling social media, and scavenging through MMA archives.

While there is no dispute to the fact Williams used a special set of skills to subdue Kersh, had Savini engaged in any form of investigative journalism, he would have taken the trouble to discover something or other about police policy, training or procedure. Under Chicago Police Department (CPD) Use-of-Force Guidelines, officers are instructed to address threats with a level of force corresponding to the peril they face. Moreover, officers are instructed the greater the menace, the greater the need to eliminate a threat, remove the offender from his footing, and place him on the ground to render him immobile. In this instance involving Williams and Kersh, after repeatedly ignoring William’s verbal commands to comply, Kersh’s behavior and action of spitting on the officer represented a hazard to which Williams performed the emergency takedown. Although the specific form of takedown Williams executed on Kersh is not formally trained, it resides perfectly within an officer’s discretionary authority and CPD policy.

Although Savini gravely declared WBBM had contacted Williams for a comment and was told by a CPD official the officer was unavailable, had Savini performed any real investigative journalism, he would have learned Williams’ action was lawful and justifiable and reported it to the public. Savini, however, had an agenda, a message, and a platform to do otherwise. A man blithe about omitting or making use of misleading details, harboring, as he apparently does, a short-sighted prejudice against police, Savini was intent on demonstrating police officers as brim full of evil qualities, constantly in pursuit of excuses to vent sadistic impulses on the innocent or vulnerable. The reporting of an also-ran journalist, Savini’s account of what occurred on Thanksgiving Day also neglected to mention self-defense is a necessary skill to execute the craft of policing, and the CPD issues an Emblem of Recognition for those who maintain peak physical fitness.  Most important, Savini fails to recognize how his grotesquely slanted reporting accelerates tension among residents and police.

Dave Savini can dress up his reporting as he chooses, but his sum reporting on Williams was a fulmination against police. While taking pleasure in portraying police as sinister, Savini exposed his anti-police bias. A bias so prevalent at WBBM, neither Savini nor the journalistic dilettantes at WBBM 2 bother to disguise it any longer.