Chicago Alderman Roderick Sawyer Looks Out for the Little Guy 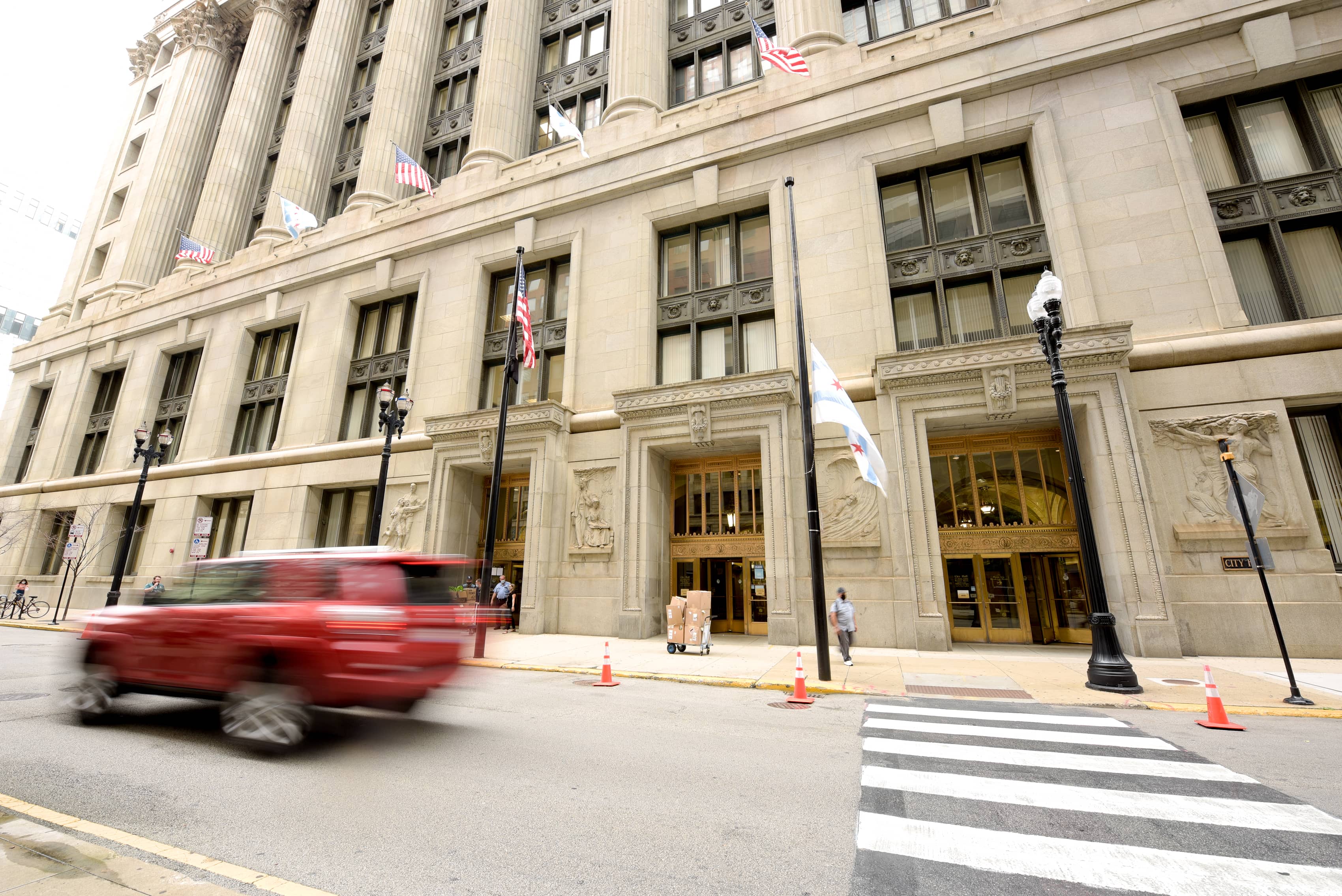 Chicago rideshare drivers, we are told, are in a crisis. Over the past two years, the ravages of COVID-19 combined with a severe bout of inflation and the pinch of a gas crunch have taken its toll on the auto transportation industry. Never fear, though, because Roderick Sawyer, alderman of the 6th Ward, has a prescription to uplift the deprived and help rideshare drivers overcome their current predicament.

To address drivers’ concerns, Alderman Sawyer’s plan involves government intervention and the City Council setting minimum pay for Uber, Lyft, and Via drivers. Though the motion sounds noble, the problem with Sawyer’s proposed measure, the Chicago Rideshare Living Wage and Safety Ordinance, is it is deceptive help, certain to aggravate the conditions drivers face, and will discourage consumers from using ride-hailing companies.

Sawyer’s pending bill would also place a limit on earnings rideshare firms draw from fares at 20 percent and bar companies from taking either gratuities or cancellation fees out of the pockets of drivers. Other provisions in the proposed motion include a 150 percent surcharge on any regular ride which extends beyond city limits and a requirement companies furnish an itemized summary of fares to drivers. The ordinance would also forbid raising regular fare rates more than once a month.

While Ald. Sawyer’s proposed bill does have some reasonable terms — passenger verification for driver safety among them — the motion, if passed, will only exacerbate drivers’ plight rather than solving it.

Sawyer often portrays himself as an unflappable defender of the common man, the weak or vulnerable, and has built a public reputation as selflessly pursuing justice in society in general and in the precise area of workers in particular. Nevertheless, if we remove the parapet surrounding the features of the alderman’s rideshare proposal, it reveals the true motive behind the motion is to reward the concentrated interests of large taxicab companies and labor unions.

Though Sawyer claims the ordinance will be the “fix” needed to improve conditions and pay for Uber, Lyft, and Via drivers, under this new rate framework only taxi companies stand to gain as competition from rideshare firms is weakened. In stark contrast to the fortunes of cab firms lifted, the livelihoods of rideshare drivers will be depressed and consumers will suffer.

A cursory glance under the hood of Sawyer’s motion reveals rideshare firms will have their pricing structure drastically altered as the new law would impose rates on rideshare firms somewhat consistent with traditional Chicago taxi fares. Under the proposed rate format, despite the fact drivers will earn more on the average ride, the higher charges placed on Uber, Lyft, and Via services will result in a loss in both income and opportunity for drivers as demand for rideshares drops and consumers turn to public transportation or seek out cabs.

Equally troubling is the fact Sawyer’s motion will empower the Chicago City Council. Though the rates introduced on rideshare companies will remain less expensive than cab fares, the likelihood of rates remaining temporary is extraordinarily low. A body which supposes the most constructive way to solve problems is engaging government, there is little reason to believe City Council will not revisit the ordinance to adjust rates, prescribe caps to the number of rideshare vehicles, or ordain heavier taxes on rideshare firms.

Worse still is the impact of Sawyer’s bill on consumers. The last constituency with whom Sawyer’s proposal is concerned, consumers are the diffuse interest who, while searching for inexpensive, safe, and easy access transportation services, will be forced to pay higher rates for transportation with fewer choices.

Sawyer’s ordinance is an economic loser, but a political winner for himself and special interests

Having addressed the flimsy economics of Sawyer’s proposal, it is crucial to examine the true motives behind the alderman’s legislation. Though Sawyer prefers us to believe his proposal is the culmination of his partnership with the lobbying efforts of Chicago Jobs with Justice and the Chicago Gig Alliance to benefit workers, other factors are in play here.

A man who views capitalism as anarchic looting, dispiriting, conscienceless and leading to both exploitation of the masses and personal degradation, Sawyer is a political partisan driven by a desire to use his legislative power to enforce the tenets of social justice on business. Yet despite his devotion to the social justice ethos, the prime lobbying forces at work behind Sawyer’s proposal are cab firms and organized labor in Chicago.

Since the emergence of Uber, Lyft, and Via in Chicago, cab companies and unions have desperately sought to undermine the rideshare industry, largely through attempts to unionize rideshare workers or by portraying Transportation Network Providers as subverting the cab industry, responsible for congested streets, and mistreating its drivers. Having failed to persuade rideshare drivers to unionize, cab firms and organized labor found a solution in crony capitalism. The practice by which elected officials indulge special interest groups in exchange for political contributions, the preservation of the advantages enjoyed by the donor class come at a cost to worker and consumer alike and competition in the private sector.

A cursory glance at donations to Sawyer’s Friends of Roderick T. Sawyer political committee reveals the 6th Ward alderman is utterly in thrall to a pastiche of unions, one of which is the American Federation of State, County and Municipal Employees Council 31 (AFSCME Council 31). Unsurprisingly, AFSCME Council 31 is aligned with Cab Drivers United, which represents the concerns of cab drivers in Chicago.

Sawyer’s ordinance would be laudable if the alderman’s true objective were the pursuit of economic fairness, helping the growth of workers’ wages, and increasing consumer choice. Unfortunately for workers and consumers alike, Sawyer’s proposed bill only further entrenches special interests and does no benefit to either rideshare drivers or the consumers who aspire to hire them.

If Alderman Sawyer were serious about improving the livelihoods of rideshare drivers and enhancing the quality of a product or service for consumers, legislation removing regulatory burdens on rideshare firms is the solution. Freeing the private sector from these regulations would not only expand employment opportunities but also lower costs for riders.

While there is a role for government in economic matters, government’s function should be limited to leading and then allowing the free market to dictate the economic outcomes for the largest number of people.

Ald. Sawyer’s Chicago Rideshare Living Wage and Safety Ordinance is long on left-wing populist rhetoric, but short on economic sense. That Sawyer has proposed such a bill demonstrates a great deal about him.

First, it illustrates how disingenuous Sawyer’s pose as a defender of the little guy truly is. Second, it reveals Sawyer is neither interested in advancing serious policy proposals nor demonstrating a mastery of economic details. Third, it bears witness to Sawyer’s desire to exercise command and control economics from his position on the City Council. Fourth, Sawyer’s motion manifests the perils of empowering city government to pick economic winners and losers.

Most importantly, Sawyer’s Chicago Rideshare Living Wage and Safety Ordinance exposes an alderman lured by the powerful smell of money and a desire to preserve the influence of special interests.