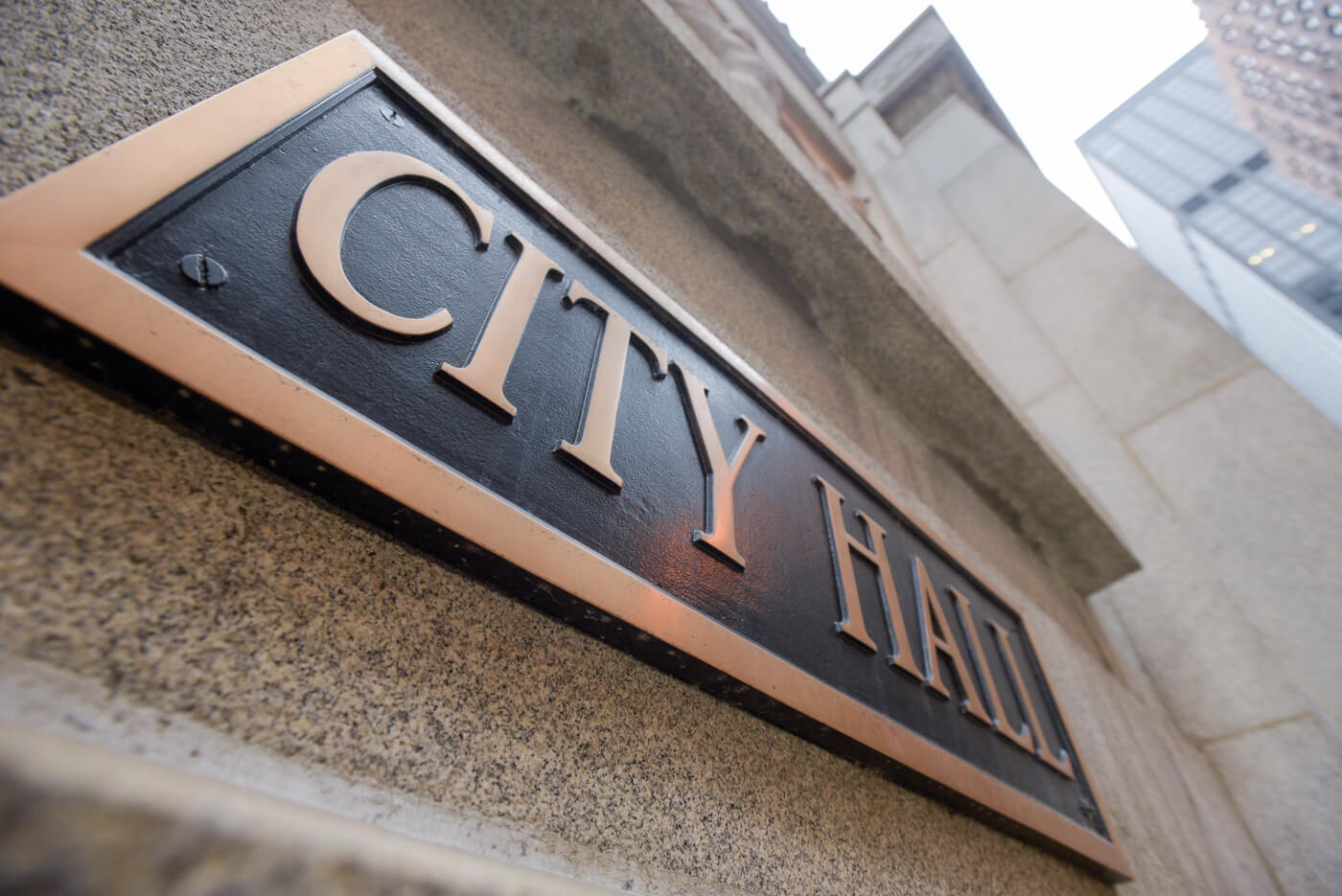 If ever there was a moment that captured the hopelessness of Chicago and perhaps the country, it was a recent spectacle created by Alderman Byron Sigcho-Lopez, alderman of the 25th Ward, and his crew barging into the Chicago Police Department's 25th District building and demanding the release of a protester.

Ignoring every process of a criminal justice system he is sworn to uphold, on April 16, Sigcho-Lopez and his supporters, apparently including his wife, entered a Chicago police district where a protestor had reportedly been arrested for disorderly conduct. With cameras capturing what was clearly an attempted ambush of police to score cheap political points, Sigcho-Lopez’s crew attempted to humiliate the sergeant who tried to address Sigcho-Lopez’s “concerns.”

One of the Chicago City Council’s biggest loudmouths, Sigcho-Lopez’s infantile exploits in the police station followed the fatal police shooting of Adam Toledo in March by officers responding to gunfire in Little Village. On March 29, police confronted an armed Toledo. The inevitable protests followed, despite ample video evidence bolstering the legitimacy of the shooting.

On what legal and moral grounds does Sigcho-Lopez’s justify his actions? A Ph.D. candidate at the University of Illinois at Chicago (UIC), shouldn't residents expect the alderman to know that the accused is afforded the opportunity to argue his case at trial? Does Sigcho-Lopez think because he is a member of the city’s legislative chamber he should enjoy the special privilege of crashing into a police station, disrupting police business and demanding someone charged with disorderly conduct be released through his personal intervention?

Such egregious misconduct calls for impeachment, though this a scenario is unlikely because there so many other weak-willed, misguided elected officials like Sigcho-Lopez throughout the city, county, and state.

Sigcho-Lopez’s exploits at the police station are not only wrongheaded and outrageous because of the Toledo shooting. American cities have been burning for more than a year, the result of riots mislabeled “peaceful protests” by Orwellian doublespeakers like Sigcho-Lopez and his social justice posse. Evidently, the fact cities are aflame and torn by racial division does not seem to trouble these groups or their warped conception of justice. Although it is his principal duty to combat such lawlessness and violence, Sigcho-Lopez seems to labor under the delusion it is his obligation to foster it.

One wonders what would occur if Sigcho-Lopez and his social justice sidekicks spoke to a member of the Latin Kings the way they spoke to the police sergeant. Gang members are adept at identifying blowhards within seconds and do not take kindly to them. Is there any doubt that within moments of speaking to a gang member the way Sigcho-Lopez spoke to the sergeant, the alderman would be hollering for the same police he so self-righteously condemns? After all, confronting gang members is the job of the police, the very public servants the alderman so pathetically attempted to demean. No, such a scenario is unlikely, as every action and statement of Sigcho-Lopez in the station revealed a deep cravenness.

There is nothing new about Sigcho-Lopez’s behavior and many have grown to expect such juvenile conduct from the 25th Ward alderman. Like so many of his City Council brethren who have preferred to take the path of least resistance over accepting the difficult responsibility of governing, Sigcho-Lopez’s antics attacking police may gull his constituents, a minority of Chicago’s population and the media into believing it is giant step forward in the fight for “justice,” but the daily imagery of businesses looted and burned, chaos on city streets and a deeply divided America refutes this worldview.

Chicago lost its checks and balances years ago. Now entirely aligned with each other ideologically, the political, media, and legal institutions act as if they can do as it pleases, regardless of the cost to public safety. The police on the street have no such luxury. Police accept any hazard as ordinary; they must respond to calls; and they willingly take action.

It did not take long to put Sigcho-Lopez’s buffoonery in context. In the wake of Sigcho-Lopez’s childish outburst in his staged confrontation with police, a seven-year-old girl, Jaslyn Adams, was fatally shot while waiting in the drive-thru lane of a McDonald’s restaurant in the Homan Square neighborhood. Adams was shot numerous times; Adams’ father was also wounded in the attack. However, when the attack that took Jaslyn Adam’s life occurred on April 18, it was not members of Black Lives Matter (BLM), the Democratic Socialists of America (DSA) or the Latin Kings who frantically attempted to give aid to Adams as she neared death. Rather, it was Chicago police officers who pulled Adams out of the car and rushed her to the hospital. Tragically for Adams and her family, it was too late.

Does Alderman Sigcho-Lopez have no respect for officers who must witness and react to horrors like Adams’ death? It seems not, for Sigcho-Lopez appears so completely deluded that he is unable to understand that the brutality and cruelty of crimes like the murder of Jaslyn Adams will explode, indeed, have exploded, in Chicago, in large part because elected windbags like him have decided to join the anti-police circus rather than acknowledge the rampant gang crime enveloping the city.

A similar incident helps place Sigcho-Lopez’s adolescent hijinks in front of a police sergeant in perspective. Right around the time Jaslyn Adams was gunned down in broad daylight, the real offender in the Toledo shooting, Ruben Roman Jr., walked out of county jail, his bond paid by the Chicago Community Bond Fund (CCBF). The CCBF is the kind of leftist, anti-police organization Sigcho-Lopez is likely to support.

Roman is alleged to have shot at a car minutes before police confronted and fatally shot Toledo in response to a burst of gunfire detected by ShotSpotter. The gun fired by Roman will no doubt be tied to the gun recovered by police from Toledo. Common sense points to the fact that Roman passed the gun to Toledo when the police approached.

Why, then, was Roman granted bail and returned to the streets? If the Chicago criminal justice system was not such a dark comedy, Roman should have been charged with murder, as he was engaged in committing a felony that resulted in a death. The fact that Roman was likely using a 13-year-old boy to hide the gun he was using says a great deal about Roman and the Latin Kings, but in Chicago, outrage is reserved only for the police trying to stop monsters like Roman.

With useless elected officials like Byron Sigcho-Lopez, don’t expect things to get much better on Chicago’s streets.