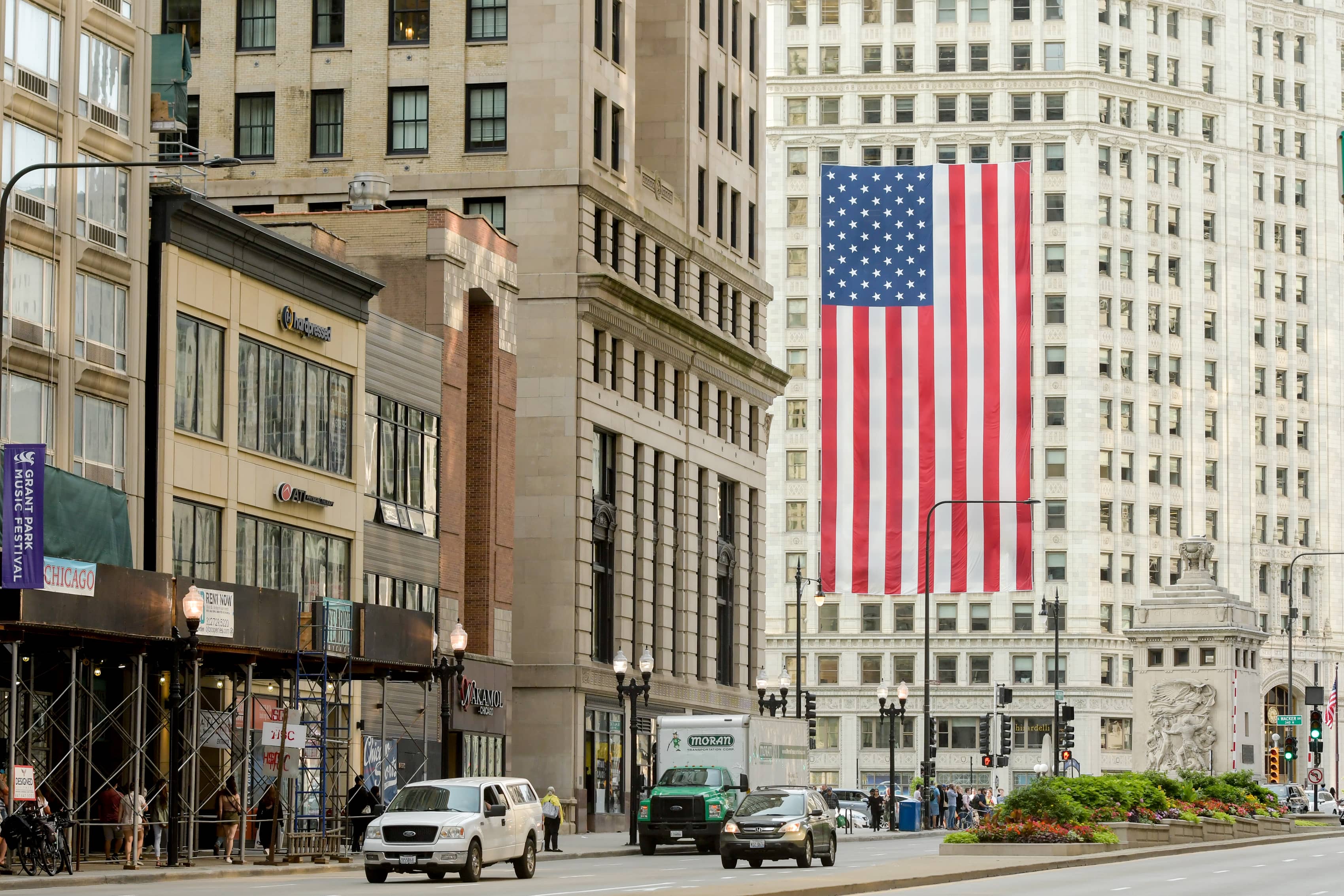 Since its founding, the United States has been a destination for immigrants. Over the past two centuries, millions have flocked to America’s shores seeking the freedom and self-government this country offers. As a nation of the people, by the people, and for the people, immigrants came to America because it represented hope and a chance to make a life not found elsewhere in the world.

At different points in history, immigrants arrived in the United States for distinct reasons. For some, economic opportunity or religious freedom was a primary motive. In other periods, fleeing an oppressive regime or relief from famine or economic hardship drove their voyage. While immigrant experience varied widely, all arrivals chose the United States because of a deeply held belief America offered precious liberties and opportunities few other nations did. In sum, immigrants all shared the conviction America was a nation in which there was a real opportunity to make something of themselves by their own will and effort.

Two such immigrants who shared this vision were the parents of Carlos Ramirez-Rosa, alderman of Chicago’s 35th Ward.

Describing the trek his mother and father took to come to the U.S., Ramirez-Rosa told Chicago magazine in 2015:

"I come from a family that is half Mexican, half Puerto Rican. My dad was born in the mountains of Puerto Rico. He came to Chicago for college to UIC. My mother was born in the desert of northern Mexico. She was brought to the Chicagoland area as a child. Her father, my grandfather, was a steel mill worker on the southeast side of Chicago. That job allowed him to send his daughters to Catholic school. She actually grew up in Lincoln Park and was able to go to UIC, which is where my parents met."

Ramirez-Rosa then went on to describe how his parents created a bilingual-educators organization and played a central role in the establishment of the oldest dual-language school in the Midwest, the Inter-American Magnet School. Ramirez-Rosa attended Inter-American, Whitney Young High School, and then graduated from the University of Illinois before being elected to the City Council.

Evidently, Alderman Ramirez-Rosa gained considerably from the sacrifice of his parent’s immigration journey.

Yet as Ramirez-Rosa has made the most of the advantages granted him by his parent’s settlement in the United States, he seems determined to use the power of office to deny residents the same opportunity or eliminate the set of circumstances under which citizens can advance as he has. Instead of celebrating American Exceptionalism — the notion America is special — Ramirez-Rosa accomplishes most of his aims by trashing his home country, myopically fixating on the its imperfections, past and present, and doggedly laboring to impose socialism on Chicago.

Often using social media as a vehicle to register his dissatisfaction with America, a cursory glimpse at Ramirez-Rosa’s social media and public statements reveals the alderman is displeased with America from every conceivable angle.

Ramirez-Rosa is particularly disparaging of the U.S. economic system, which he claims essentially amounts to chaotic looting, leading to the exploitation of the masses — the sole source of the America's woes. Often denouncing the “exploitative” nature of free markets, Ramirez-Rosa believes free-market capitalism causes economic inequality and environmental degradation.

Ramirez-Rosa neither mentions how capitalism is the only economic theory proven to uplift a majority from grinding poverty, nor does the alderman ever acknowledge socialism has been tried and discarded in developed countries. While guaranteeing equality is achieved under socialism, Ramirez-Rosa never reveals how capitalism’s advantages afford economic freedom, consumer choice, and economic growth.

Included in his grating criticism of America is, of course, the charge of racism. The specter of racism, however, does serve a purpose for Ramirez-Rosa: It diverts attention from the social chaos caused by the failure of government to justify more interference in our lives.

By obsessively concentrating on America’s flaws and historical errors, Ramirez-Rosa hopes to convince 35th Ward residents the solutions to American societal problems are best imported from abroad, particularly in Central and South America. Unsurprisingly, Ramirez-Rosa takes every step to conceal the failure of Democratic Socialism in the examples he cites.

Just as he often finds fault with capitalism, among his long list of grievances with the United States is its foreign policy. A man who views America as a malevolent force throughout the world, what Ramirez-Rosa opposes is military action, but only when it is waged by the U.S. Ramirez-Rosa is just fine with socialist dictatorships which use military force to brutalize their own people so long as those rogue states and repressive regimes claim what they are doing is carried out in pursuit of the socialist dream. In Ramirez-Rosa’s worldview, you are his hero if you are a foe of the United States.

In his effort to establish Cuba as a morally sound player on the world stage, Ramirez-Rosa often extolls the virtues of Cuban socialism, for example, and its attempts to provide free healthcare and education. Ramirez-Rosa, however, constantly ignores the misery wrought by socialism. In his hunger to celebrate any counterexample to the American experiment, Ramirez-Rosa routinely disregards Cuba’s suffocation of liberal freedoms and the rounding up and jailing of opponents to Castro’s regime.

Ramirez-Rosa also overlooks Cuba’s recurring electricity and water shortages, the rationing of basic goods, citizens suffering from preventable disease, a failing economy, a repressive government, and how Cuba has granted asylum to dozens of fugitives from American justice. In addition to downplaying the hardships of life under the Castros, Ramirez-Rosa never acknowledges the only form of equality Cuba ever achieved was everyone becoming poor.

Lost amid Ramirez-Rosa’s poisonous messages is the fact America has acknowledged its faults and has made tremendous progress during its history. This country has always taken steps to rectify its historical errors. Though racism does persist, even today, it has largely been relegated to the margins of society and is far less prevalant than in the dark days of slavery and segregation.

Second, for all of America’s present problems, it remains the greatest country in the world, which is precisely why millions aspire to immigrate here. The United States is a free and rich country — this is a claim few other nations can make — but America has long taken the lead in defending and protecting democracies and democratic principles from the threat of totalitarianism across the globe. No other country has done more to ensure the survival and success of freedom since the mid-20th century.

Ramirez-Rosa’s anti-American viewpoints lay bare his unparalleled hatred for the U.S. Nonetheless, there is a rationale behind the alderman’s small-minded fixation with America's shortcomings and obsession with national and global events: Ramirez-Rosa is possessed of an intense craving for fame and publicity. A man who believes he is an adored Apollo destined for higher office, Ramirez-Rosa’s compulsion with addressing issues outside his ward only serve the purposes of becoming a leading figure in the socialist movement and to puff up his resume for elected office on the state or federal level.

Three years into his first term as alderman, Ramirez-Rosa became the running mate in Dan Biss’ ill-fated 2018 campaign for governor, only to be unceremoniously cast off from the ticket over his burning support for the anti-Israel BDS movement. Months later, in January 2018, Ramirez-Rosa ended his short-lived primary campaign for the nomination in the race for the 4th congressional district. With little appeal to voters, Ramirez-Rosa ended his bid after acknowledging his primary opponent, Marxist Chuy Garcia, would be “unbeatable.”

A man with burning ambition, Ramirez-Rosa has cultivated the air of a politician whose reflection in the mirror returns an image of a U.S. congressman or state senator. When Ramirez-Rosa peers out of his office window, he sees the 35th Ward as a jumping board for higher office. Two such attempts in his first term as alderman should send a powerful message Ramirez-Rosa’s ambitions are not tethered to the well-being of the 35th Ward.

Alderman Ramirez-Rosa is a master opportunist who grasped any advantage which came his way. A privileged man who now holds public office, Ramirez-Rosa’s determination to foist Democratic Socialism on Chicago is an entirely hypocritical move. An economic theory which cuts off opportunity and prevents upward social movement, Ramirez-Rosa's commitment to force Democratic Socialism upon residents after making use of every advantages capitalism offers to elevate himself is akin to the alderman cynically pulling the opportunity ladder up from behind him, keeping others from getting on the all-important first rung.

35thWard residents do, however, have an alternative: Richard Mpistolarides.

A lifelong resident of Chicago and current resident of the 35th Ward, Mpistolarides is a modern American success story. Uplifting himself from his impoverished upbringing, Richard put himself through college and embarked on his career in the music industry.

Disillusioned with Ramirez-Rosa's lack of leadership and poor governance, Mpistolarides has resolved to seek public office to return vitality to the 35th Ward. A campaign with three pillars — economic development, crime, and affordable housing — on crime, Mpistolarides is committed to supporting police and is opposed to efforts to defund or abolish the Chicago Police Department. To Mpistolarides, police must beheld accountable but deserve full support and assistance from elected leaders.

Furthermore, Mpistolarides is determined to expand affordable housing and encourage new home construction through a cap to property taxes on long-time homeowners of the ward. This unique tax, Mpistolarides insists, will prevent longstanding residents from being forced from their homes. To incentivize development of affordable housing, Mpistolarides is vowing to exclude the superfluous influence of local civic groups and work directly with the City of Chicago to accelerate the approval of building and zoning permits.

There is much at stake on February 28. Returning Alderman Ramirez-Rosa to office is extending misery in the 35th Ward. Electing Richard Mpistolarides is casting a ballot for economic prosperity and safe streets.