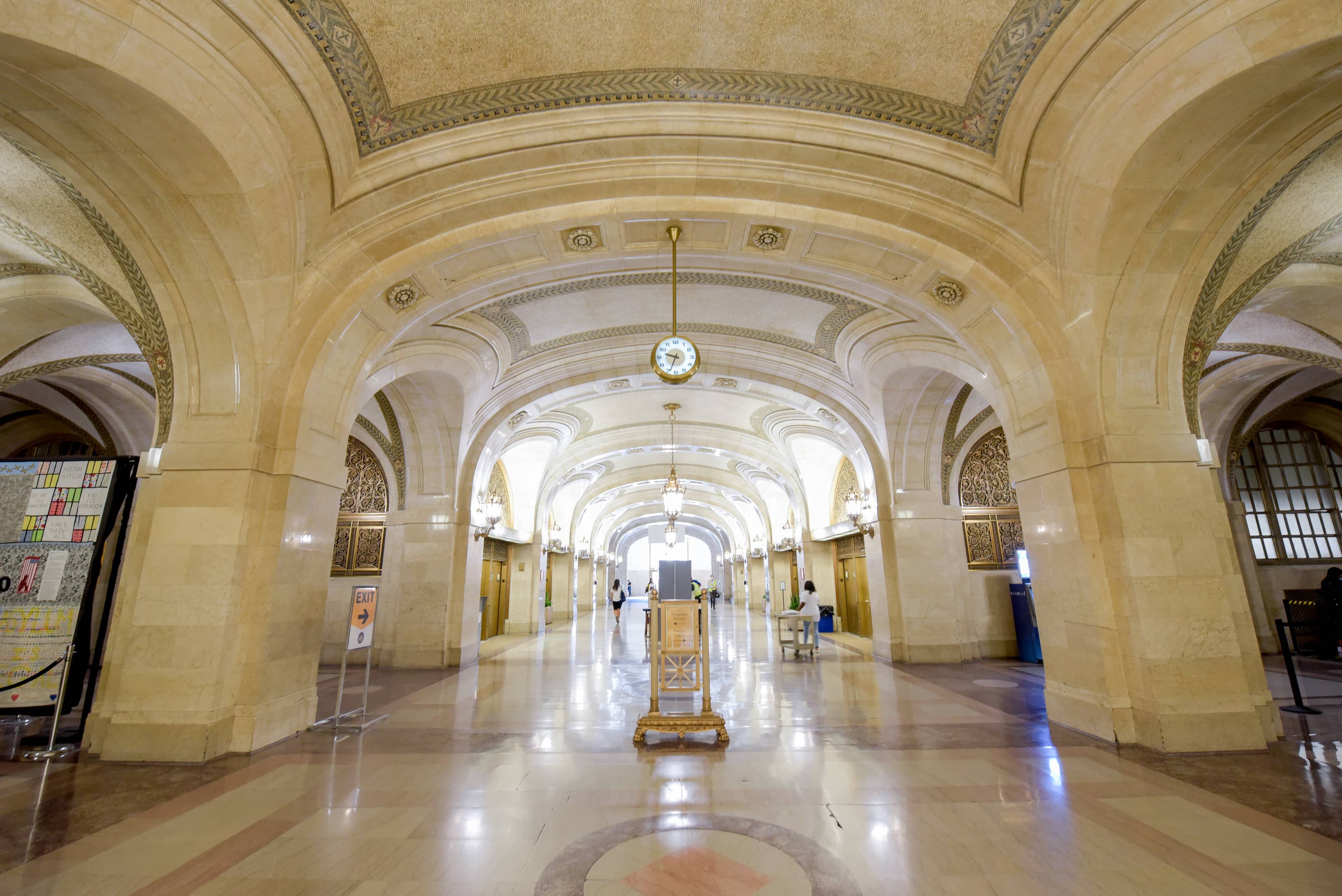 Though noble, UBI is part of a problem rather than a solution

Set against the backdrop of chaotic 16th century European political affairs, Thomas More’s Utopia imagined a perfect island paradise which provided adequate means of sustenance to all inhabitants. Though the self-contained community he envisioned only vaguely hinted at the notion of a Universal Basic Income (UBI) — a direct cash payment from government without exacting requirements — More is often incorrectly credited as the father of this provision to the poor.

Centuries later, another historical distortion attributed UBI to Thomas Paine. Yet it was English radical political activist Thomas Spence in the 18th century and Belgian merchant Joseph Charlier in the 19th century who became leading lights for “a certain minimum” of income support to be distributed by government to plebian society.

Although the concept of a basic income faded for a period, in the aftermath of World War I, British polymath Bertrand Russell advanced the conception of a “vagabond wage” as the welfare state was evolving in Great Britain. Some fifty years later, President Nixon’s attempt to lift the American lower class through his Family Assistance Plan — which contained a work requirement — stalled in Congress in 1972.

Following Nixon’s failed attempt to meld UBI into welfare programs, the thought of UBI as a means to subdue the problem of crippling poverty plaguing parts of urban America receded from view.  Support for UBI has always tended to be cyclical in character; however, one defining feature of support for UBI’s return to popularity revolves around moments when economic uncertainty prevails and the prospect for full employment and living wages is in doubt.

After global economic conditions tottered in 2008-09, only governments pumping billions into stricken banks averted an economic catastrophe. Still, though, trillions were lost in wealth, wages were depressed, austerity measures were enacted, and economic instability persisted for eight years. The Great Recession only complicated matters for the impoverished.

Though economic growth returned, the COVID-19 pandemic once again imposed strains on the economy and further aggravated the plight of the poor. In addition to the economy twice collapsing in 13 years, stalled mobility, heavy debt burden, the high cost of living, and stagnant wages mobilized politicians and social activists to return the debate over the efficacy of UBI to the top of policy agenda.

Although conceptions of what a Universal Basic Income should involve continue to vary widely, UBI is largely defined as a fixed income households receive monthly from government, regardless of personal worth or employment circumstances. Though different models exist, most notably Milton Friedman’s Negative Income Tax, numerous cities across the United States are experimenting with UBI to blunt poverty. Along with dozens of cities or municipalities nationwide, Chicago recently adopted a trial for UBI.

Approved by the Chicago City Council in October 2021, under Chicago’s $31.5 million UBI pilot, 5,000 families chosen at random will receive $500 monthly with no restrictions over how the money is spent. Caveats for eligibility do apply, however.

Under the program, those eligible to take part must be a resident of Chicago and have an annual income at or below 300 percent of the federal poverty guidelines. Participants will also be monitored over how the monthly stipend is spent for the first six months. Similarly, those participating in the UBI pilot must not be related to employees of either the City of Chicago or the State of Illinois and participants must have experienced COVID-19 at the time of application for the pilot. Funding for the city’s UBI programs comes entirely from the American Rescue Plan.

While every effort should be undertaken by government to create a route out of poverty for those in need, there are ample reasons Chicago’s Universal Basic Income pilot is flawed, the most obvious of which is UBI discourages recipients from entering the workforce.

If individuals living below a certain income threshold receive UBI and are not obligated to work at least part-time or be registered in a job-training program, the strong likelihood exists they may decline to seek employment or either decline to accept a higher-paying job or reject full-time work altogether. Though critics allege a work requirement to receive the cash transfer is punitive, a sense of self-reliance, personal accountability, and the ability to sustain oneself or others follows maintaining employment. It is also important to note federal and state assistance programs — namely Medicaid, unemployment compensation, and food stamps — often require some form of employment. A contradiction to sustaining the American social fabric, by not requiring work to collect UBI, the result is the City of Chicago contributing to a moral failing.

A second flaw of the form of UBI Chicago has adopted is it may increase dependency on government. Though anti-poverty programs have sought to administer beneficence in the form of housing, health care or food stamps, for example, the result has been decades of massive government outlays without finding a solution to the predicament of poverty. While UBI is innovative, the model endorsed by Chicago does not require work and, whether deliberate or not, encourages indolent behavior, if not outright deviance among recipients. If government advances an anti-poverty plan, the end purpose should include a vision for reducing and not adding the number of individuals to welfare rolls.

Third, there is a significant cost incurred by UBI. Though only a pilot program, Chicago’s dry run with a basic income for 5,000 families comes at a cost of $31.5 million. If by any metric UBI were to show even a modicum of success, aldermen favoring UBI will make every effort for an expansion of the program.

It is estimated 18 percent, or 487,800, of Chicago’s 2.71 million residents live in distressed conditions. Though Chicago’s UBI pilot involves only 5,000 low-income families receiving the annual allowance, even a modest expansion would be costly. For example: If the number of families receiving UBI were doubled, the cost incurred to fund UBI would, naturally, double to $63 million yearly. If the City of Chicago were to make such a generous distribution to 20,000 households, the amount needed to fund UBI would balloon to over $120 million.

A city known for underestimating the cost of government programs, if Chicago were to ease the restrictions to distribute UBI to an even wider sampling of homes or individuals falling under the definition of living below the poverty line, the sum to fully fund UBI could eclipse $500 million annually.

A steep price tag, and one which the city cannot possibly afford, Chicago would have few alternatives other than raising taxes or relying on the federal government to maintain UBI. Chicago cannot afford a tax hike.

Throwing money at the poor is no solution to poverty

The duty of attending to the needs of the poor once fell entirely on the shoulders of religious organizations and the charity of individuals. Though we should assist those in need, government aid to the poor should never come without indigent persons fulfilling a minimum obligation to help themselves.

While certain facets of Universal Basic Income are persuasive, Chicago spent too little time wrestling with its downsides: UBI’s most enduring defect is it discourages work. Moreover, though Chicago intends on tracking how money is spent for six months, it must be taken into consideration some money may end up in the hands of addicts, drug dealers or be used for payment for an illegal gun.

Though a fix to the vexing problem of poverty remains elusive, the most powerful argument against providing too much assistance to the poor is found in the words of Benjamin Franklin:

"I am for doing good to the poor, but I think the best way of doing good to the poor, is not making them easy in poverty, but leading or driving them out of it. I observed that the more public provisions were made for the poor, the less they provided for themselves, and of course became poorer. And, on the contrary, the less was done for them, the more they did for themselves, and became richer."

To eradicate the germs of pauperism and fit the working poor for a productive life, Chicago must create conditions for upward mobility. Rather than guaranteed-income programs, which encourage beneficiaries to stay under an income limit to remain eligible for government largesse, Chicago should adopt measures which improve economic opportunity for those at the bottom rung of the ladder. A good starting point for Chicago is eliminating burdensome licensing fees on small businesses or individuals.

A viable alternative to the form of UBI Chicago adopted could be consideration for Milton Freidman’s Negative Income Tax. A design which incentivizes individuals to work, under Friedman’s plan, working poor would receive a percentage of the difference between their income and a set threshold at which one files taxes. As an illustration, if the negative income tax percentage was set at 50 percent, an individual earning $20,000 under an income limit of $40,000 would receive a $10,000 annual distribution. As income rises, the individual would continue to receive a non-taxable benefit, but with a reduction as their income grew to the set income limit.

While Friedman’s larger vision was the dismantlement of the massive bureaucratic leviathan which administers welfare, a vital cog in his proposal was to spur individuals to work for their earnings and be rewarded for personal diligence.

Legislative efforts to mitigate social maladies are essential, yet cash transfers without compulsory part-time employment or enrollment in a job-training program is an act of open defiance in the face of charity. For Chicago residents to be able to pursue the lives they want to live, creating conditions where upward mobility is possible, not free cash, is the only assurance of a better life.