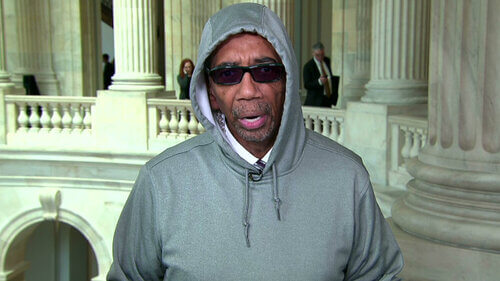 It was a little over a year ago when Chicago-based rights group Rainbow/PUSH hosted a press conference for Cook County State’s Attorney Kimberly Foxx.  At the time, the embattled Foxx was embroiled in the midst of the Jussie Smollett scandal and needed all the help she could get.  The assembly at Rainbow/PUSH is also where former Black Panther Party defense minister Bobby Rush announced that the Chicago police union, the Fraternal Order of Police, is the “sworn enemy of black people.”

It was a dark moment for Chicago, another clear indication of the radical transformation taking shape in Chicago’s political and legal landscape.  Foxx’s appearance at Rainbow/PUSH clearly showed she was using her office as an agency to attack the police and the criminal justice system rather than prosecute crimes, as she swore to do when she took office in 2016. It was also an early indication of the chaos that has now descended on Chicago and other cities enduring under quasi-prosecutors like Foxx and former revolutionaries like Rush, who now holds elected office.

Not since the late 1960s has Rush enjoyed waging such intense wars on Chicago institutions, when Rush and his Black Panther cronies were brandishing rifles, automatic weapons and calling for a Marxist revolution as they robbed, beat, raped, and murdered in the very neighborhoods they claimed to be saving.

Now Rush sits in the United States House of Representatives.

Rush, therefore, stands as an icon to the left and as a living symbol of transformation. To the left, if a man like Rush could go from a gangbanger to Black Panther revolutionary and then to Congress, well, then anything is possible. This sense of possibility has now returned to the streets, where the extreme left is creating disorder throughout the country.

Who was Bobby Rush and his Black Panthers, in truth?

An answer to this question was explained beautifully by Frontpage Magazine:

“In reality, the Black Panther Party was among the most violent, barbaric, revolutionary organizations in modern American history. Its founder—a longtime criminal named Huey Newton—in 1966 drafted a Ten-Point Program charging that because America’s “racist government” had collaborated with “the capitalists” to “rob” the “Black Community” blind, that same government was now morally “obligated,” as a form of restitution, to give all blacks “employment or a guaranteed income” as well as taxpayer-funded “land, bread, housing, education, [and] clothing” until the end of time. Moreover, Newton argued that “all Black people should be released from … jails and prisons because they have not received a fair and impartial trial.” He also issued a call for blacks to “arm themselves for self-defense,” which was in fact an incitement to a race war. As Panther “minister of culture” Emory Douglas put it in 1970: “The only way to make this racist U.S. government administer justice to the people it is oppressing, is … by taking up arms against this government, killing the officials, until the reactionary forces … are dead, and those that are left turn their weapons on their superiors.”

“Portraying law-enforcement officers as the racist agents of a racist nation, the Panthers regularly tried to defy and provoke police—“pigs,” as they contemptuously called them—by appearing in public places carrying loaded firearms. Panther leader Eldridge Cleaver acknowledged years later (in 1986): “We [Panthers] would go out and ambush cops, but if we got caught we would blame it on them and claim innocence.”

“Of course, ambushing the police wasn’t the only thing the Panthers knew how to do. They also perfected the arts of dealing drugs, pimping prostitutes, extorting money, stealing property, beating people senseless, and on at least a dozen occasions, committing homicide. In 1969 alone, Panther members were arrested 348 times for murder, armed robbery, rape, and burglary.”

There is a kind of logic, then, that a prosecutor like Foxx, elected with financial support from far-left philanthropist George Soros and the so-called “civil rights” law firms that make millions filing lawsuits against the police, would appear with Rush at a news conference to deflect from the rampant corruption of her office. Foxx, after all, is looking to transform herself from the extremist, anti-police activist she truly is into a figure of social justice, more principled and more noble than her predecessors, just as Rush has been able to. This is one reason why no one flinched at Foxx’s press conference when Rush ignorantly and offensively said the FOP is the “sworn enemy of black people.”

However, for Mayor Lori Lightfoot to appear with Rush last week at another news conference to slam the police, that’s another issue altogether. Lightfoot was elected as the alternative to Chicago’s archaic political machine tied to Foxx. Many of the relatively few voters who turned out in the runoff election between Toni Preckwinkle and Lightfoot voted for Lightfoot because she was not allied with the Preckwinkle-Foxx political faction.

Well, those hopes are crashing on the boulders guarding the lake front path, an area that, through the dictates of Lightfoot, remains restricted to the public because of pandemic concerns, though “protesting” all over the city is tolerated. Lightfoot’s hippodrome press conference with the babbling Rush sent a clear message to all the police and citizens of Chicago: Lightfoot’s entrenched, unjustified hatred of the police, like that of Foxx and Rush, echoes through her whole career with the city and will trump all her obligations of governing the city and protecting its citizens.

That Lightfoot would hold a press conference with Rush so soon after his despicable comments about the police with the one of the most corrupt prosecutors in the country is bad enough. But the sins of these officers? They ate some of Rush’s popcorn, drank his coffee, and, God forbid, grabbed some rest from the two-week, twelve-hour nightmare shifts watching the city explode into anarchy.

They (police) could have stopped nearby looting, Rush and Lightfoot shouted. Since when has Rush become opposed to looting? And, by the way, so could have Rush. What did Rush do to protect the businesses and streets of the South and West Sides from the looting?

Two other developments confirm the Lightfoot administration’s rage against the police, and both will undermine city stability and justice.

In a separate press conference, as officers were working their 12-hour shifts, Lightfoot made an incredible statement:  The mayor called a recently fired police officer involved in a fatal shooting a “coward.”

Robert Rialmo’s termination for fatally shooting a bat-wielding Quintonio LeGrier and accidentally shooting a bystander generated strong responses from every party involved, from the FOP which defended Rialmo’s actions as clearly within use of force guidelines, to the Lodge’s uncovering dirty tactics by COPA and the Chicago Police Board in their investigation of the incident that led to Rialmo’s firing. The superintendent at the time, Eddie Johnson, also ruled the shooting justified. However, the Police Board, an unlikely assortment of bureaucrats appointed by the mayor and ill-equipped in law or police procedures, ruled Rialmo be fired. Rialmo’s FOP attorneys are fighting the case in court. Rialmo was not just a police officer; he is a veteran who served honorably with the Marine Corps in Afghanistan.

On what basis, then, does the mayor believe that Rialmo is a coward? Such a statement against a veteran and a police officer who acted when his life was being threatened is a statement lays bare a rage against the police beyond all reason. It also, perhaps, may be a textbook example of what psychologists call “projection.”

It gets worse for the mayor, now swimming in the Chicago swamp with Bobby Rush and Kimberly Foxx.

Remember the Police Board that fired Rialmo? Well, during the protests, the head of this panel Ghian Foreman, apparently filed a complaint saying he had been struck by the police during the George Floyd protests. In a surprise move from the fervently anti-police rag Chicago Tribune, a reporter has expressed skepticism about Foreman’s claim in the form of a social media post.

Why is the head of the agency that fires police for misconduct attending an anti-police rally? How legitimate are Foreman’s claims of being attacked? Why did Lightfoot not call him out for the inappropriateness of Foreman attending a protest?

Lightfoot’s alliance with Rush over police eating his popcorn, drinking his coffee and resting from the kind of chaos Rush has been advocating for decades is a dire sign not just for the police, but the entire city.

Can it endure much longer?