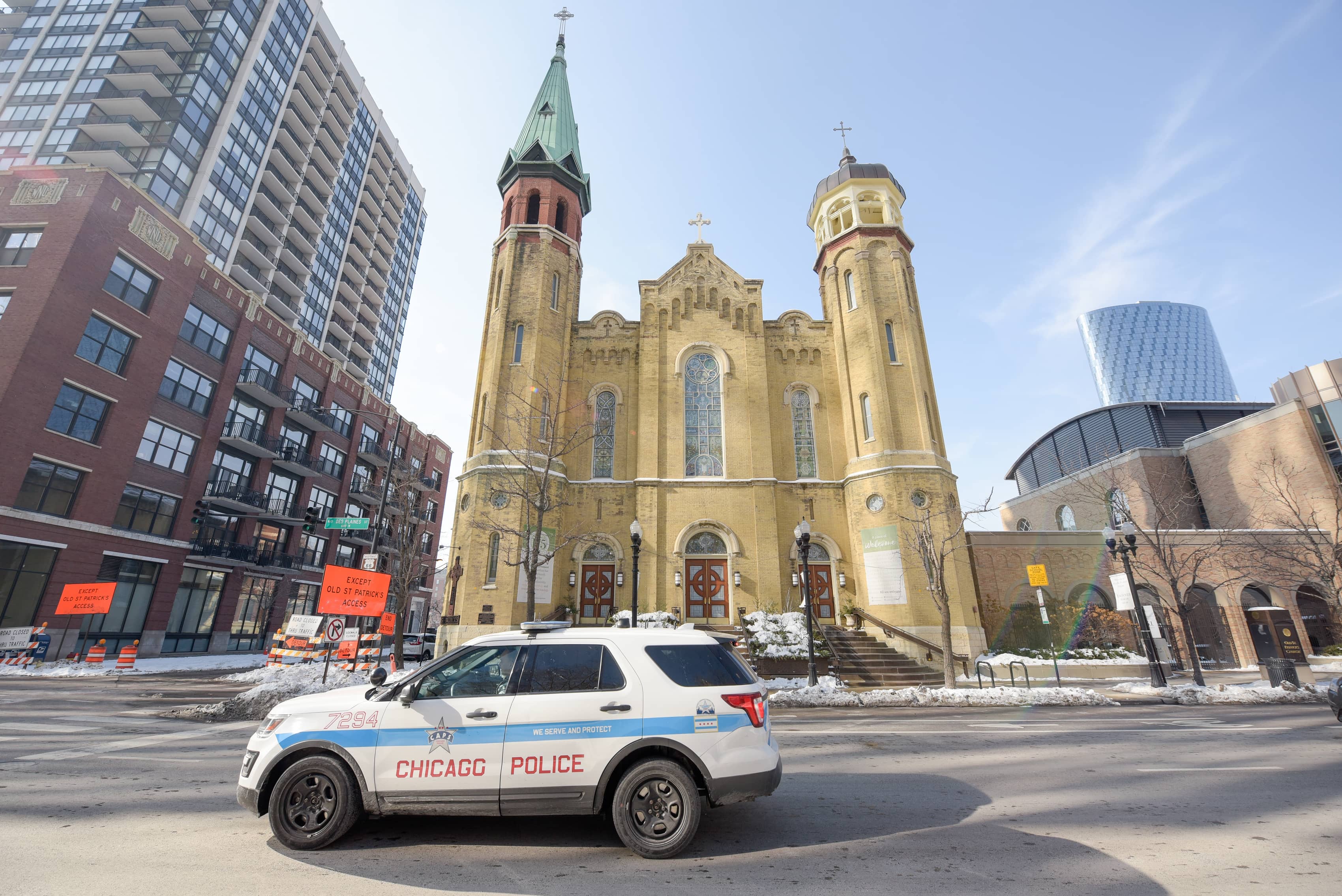 The state of morale among Chicago police officers is being debated again in the wake of a tragic week in which three officers committed suicide, bringing the total number to six for the year and 25 since 2018, according to reports.

Unfortunately, the true origins of plummeting police morale are rarely discussed with any realism in the various venues of the city. But every now and then a story surfaces that fully explains the near impossible conditions police are forced to endure and why so many officers grow so exasperated and despondent.

One such story culminated this past week. It is the saga of Chicago Police Officer Michelle Murphy, who has been fighting for justice and the restoration of her reputation for a decade after she was dragged under a car and almost killed during a 2013 traffic stop. Despite betrayal after betrayal and numerous setbacks, Murphy never surrendered. Last week, Murphy finally got some measure of satisfaction when the City of Chicago’s law department finally ceased their demands that she accept a suspension for her actions the night she was the victim of an assault.

A compelling victory that would normally earn widespread media coverage in a city that had an independent press, Murphy’s victory is therefore somewhat pyrrhic. It will linger among the officers familiar with it, but remain unacknowledged by the larger anti-police media. None among this gang will ask the key questions arising from the city’s surrender: If Murphy is not even taking one suspension day, why did the city settle with the woman who dragged Murphy under her car for $800,000?

This question alone would go a long way in revealing the dire depths of police morale in Chicago and the fact that the city has become essentially unpoliceable, particularly for officers with a reputation for hard work and personal integrity like Murphy. Indeed, in the wake of her being almost killed on duty, Murphy was awarded a Medal of Valor for her actions that night.

Let’s recap the tale of how Murphy was transformed from hero to villain by the machinations of the city and her courageous crusade to set the record straight.

During a 2013 traffic stop in a South Side neighborhood alley, Murphy was dragged under a car driven by Catherine Brown, who refused repeated lawful police orders for her license and to exit the car. After Brown threw the car in reverse and pulled Murphy under the vehicle, Murphy was hospitalized. Brown was initially charged with aggravated assault and attempted first-degree murder.

Initial news stories, including one by CBS Chicago, recounted the violence of Brown’s alleged actions — which included punching Murphy in the face — and the gravity of the charges against her. Despite the attack on Murphy and her hospitalization, Murphy watched as charges against Brown were reduced to a petty conviction of only misdemeanor reckless conduct.

Then Chicago's media outlets began working on the story in a manner only the Windy City's so-called journalists can. In a 2016 story by CBS Chicago news reader Dave Savini, the notoriously anti-police reporter, suddenly turned the story upside down, using a heavily edited video of the incident to portray Brown as the victim and Murphy as the offender.

In his broadcasts, Savini listed the official complaints made by members of the public, but he and CBS conveniently omitted the fact that Murphy has received 61 Honorable Mentions, one Life Saving Award, one Department Commendation, one Joint Operations Award, Three Complimentary Letters, one NATO Service Award, and several other accolades.

Savini’s one-sided reporting also included following Murphy, a mother of two children, and confronting her in public places to pelt her with questions. In doing so, Savini, a veteran “reporter,” and his editors must have known that the police are not allowed to talk to the media. It no doubt amplified the CBS’s clearly sensationalistic aims of vilification when Savini and his editors included video footage of Murphy’s car and her license plate, a sickening invasion of her privacy and risk to her personal safety, given what happened next.

After the broadcast, someone posted the following statement on social media: “FIND OUT WHERE SHE (Murphy) LIVES, KIDNAP, AND TORTURE HER LOVED ONES!!” Murphy filed a police report, but no arrests were made.

Neither Savini nor CBS reported on these threats in any subsequent coverage.

In what is now standard operating procedure among Chicago media, Savini’s false vilification of Murphy created opportunity for the legion of attorneys in Chicago profiting mightily from media driven narratives of police misconduct. A marriage made in leftist heaven, the heavily biased media attacks on Murphy culminated in a lawsuit against her and the city. A lawsuit automatically generates a complaint against an officer and initiates an investigation by the city’s civilian oversight agency, formerly IPRA, now called COPA.

In 2018, to Murphy’s shock, the city settled the case with Brown rather than go to trial because, as the city’s law department explained to CBS, Chicago “only settles cases when it’s in the best interest of the taxpayers.” Brown received $800,000. No further explanation was given how paying out such a vast sum to a woman who dragged a police officer under a car is “in the best interest of the taxpayers.”

After Brown walked away with a wad of taxpayer cash, something unforeseen emerged.

In October 2022, the Cook County Record revealed that Brown had been charged for allegedly chiseling the Chicago Housing Authority out of $136,000 over the last 10 years.

That would mean at the same time Brown dragged Murphy under the car during a traffic stop, she was allegedly stealing from CHA. No media outlet in the city, save the Cook County Record, including CBS’s Dave Savini, reported on the allegations against Brown.

The attacks on Murphy still didn’t let up. The civilian oversight agency completed their “investigation” and recommended that Murphy take a 60-day suspension. Outraged, Murphy, represented by an attorney for the Fraternal Order of Police, refused and the case went to mediation. Murphy pointed out to the law department that Catherine Brown did not even sign an affidavit in her complaint. Murphy ultimately received no suspension time.

All of this comes back to the central question: Why did the City of Chicago agree to settle with Brown in the amount of $800,000 of taxpayer money to an officer who was dragged underneath a car and almost killed?

Let’s take a look at the monumental betrayal of Murphy by the city’s various institutions.

The judicial system betrayed Murphy when they lowered the charges against Brown from attempted murder to misdemeanor reckless conduct, a diminishment of charges common when police officers are the victims of violent crime.

The media betrayed Murphy. Savini’s hysterical, badgering style of reporting was devoid of fairness, balance and revealed a clear antipathy with police that is endemic in Chicago media. In the minds of most police, the Chicago media has a clear intent to destroy the careers and reputations of officers every chance it gets, even if it means manufacturing stories.

The City of Chicago Department of Law betrayed Murphy when they agreed to pay out to Brown rather than fight the allegations. This is a common response by the city attorneys in cases where officers are accused of misconduct, no matter how loony and opportunistic the allegations truly are. It leaves officers seething with resentment and anger at the legal body that is supposed to indemnify them for doing their jobs.

Chicago’s civilian oversight agency, too, betrayed Murphy by initiating a shoddy, vapid investigation that kowtowed to the media rather than the facts. Then the city’s corporation counsel, the collection of attorneys who are supposed to defend police, settled, and gave Brown $800,000.

But no settlement is complete without the approval by the gaggle of useless bureaucrats called the Chicago City Council. With a few shining exceptions, there is likely no time the Council as a majority will take a long look at one of the many outrageous settlement agreements by the city in a police misconduct lawsuit and reject it in support of the police.

What is perhaps most important about Murphy’s saga is that it is not unique. In fact, it is a kind of allegory for what police endure daily from a city that long ago abandoned the principles and policies of a republic in favor of a one-party state ruled by the radical left — a place where the kind of excellence and sense of duty like Murphy’s is punished and the plotting of Savini and Brown rewarded.

That is why morale in the Chicago Police Department is at an all-time low, and not all the therapists in the world can fix it.