Will Chicago’s Progressive Aldermen Fold in Lawsuit over Murdered Immigrants? 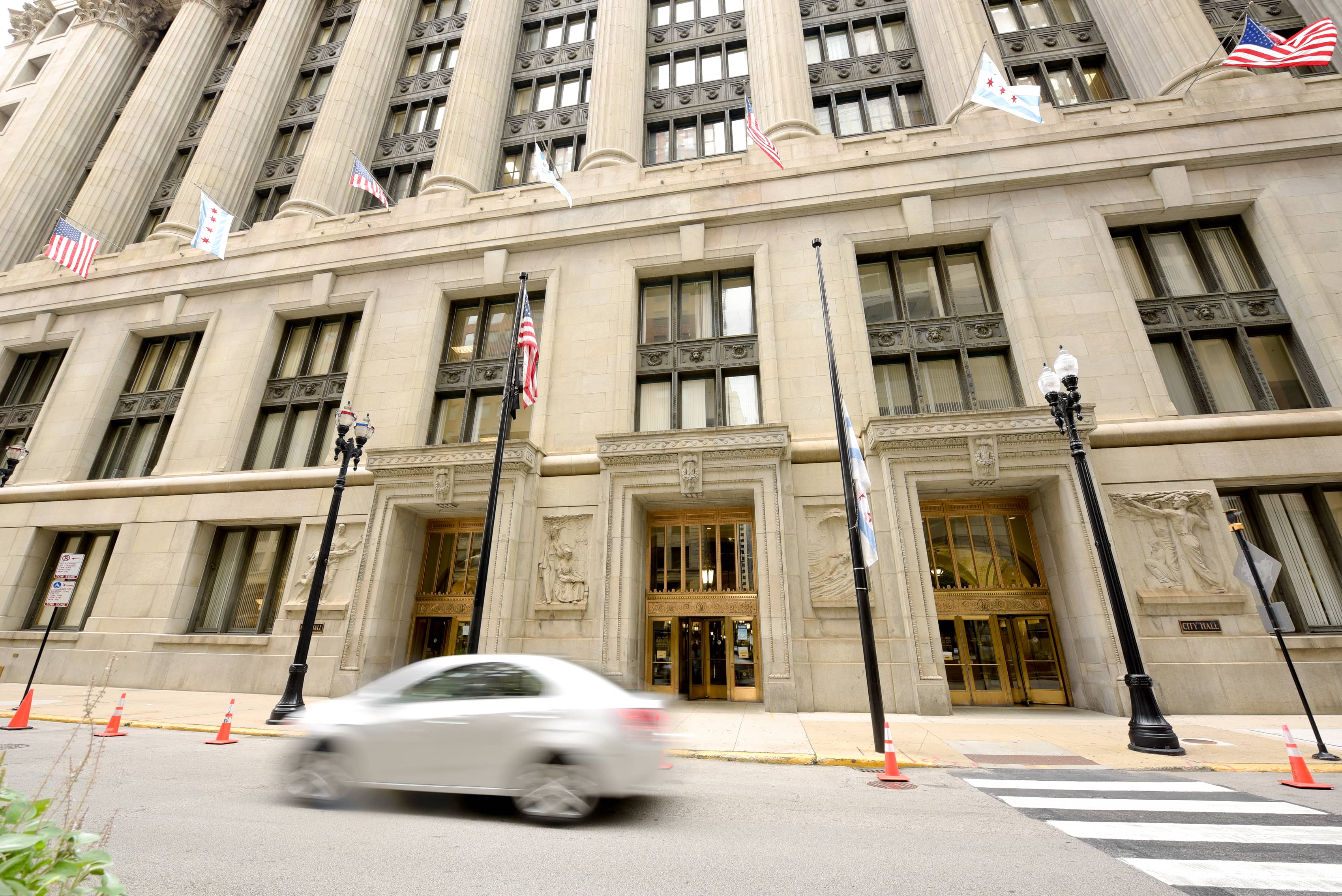 After betraying a murdered prostitute and detectives who investigated the case, will Chicago lawmakers pay out in horrific double murder of immigrants?

It was 2017 and Aldermen Harry Osterman (48th Ward) was astride his high horse, yet again.

The uninformed, self-righteous, self-promoter from the North Side’s Edgewater neighborhood was defending a $32-million payout from the city’s coffers to four men known as the Englewood Four. The men had been convicted of raping and murdering a prostitute, Nina Glover, then stuffing her remains in a dumpster. Claiming they were wrongfully convicted, the men were released from prison. Upon their release, the men swiftly filed a federal lawsuit hoping to join the magical carnival in Chicago that transforms the most heinous and violent criminals into filthy rich victims at the taxpayer’s expense. An important stage in this process is a final vote of approval taken in the Chicago City Council.

A fly in the ointment emerged in what would otherwise have been a rubber stamp of yet another handsome payout to once-convicted killers occurred when the author of this article went before the City Council to argue the men were clearly culpable in Glover’s murder and the city should not settle. Some alderman, like Nicholas Sposato (38) and Anthony Napolitano (41), for whom being alderman is something more than huffing and puffing the latest politically correct mantras, actually did some digging and learned prosecutors familiar with the case remained convinced the accused men were completely guilty of the murder. Both Sposato and Napolitano voted against the payout.

Despite prosecutors certainty in the strength of their case, opposition to the settlement from two aldermen and a representative of the police union who actually reviewed the case, Osterman blasted criticism of the settlement:

"I find [the comments] rather unbelievable as we, as a city, are trying to do everything in our power, and every single community that’s represented on this council, to bring the city together to improve the relationships between the African-American community, the Hispanic community, the police, to try to make this city whole and safe. To have those comments come before this body, where we have to pay out $30 million to four men whose formative years were taken from them, I think it’s going to further divide our city."

Osterman’s justification for settling was based upon a bizarre and half-told story from a city attorney. Ignoring the conviction among many city attorneys that the four youths were guilty, this city attorney spelled out a strategy claiming it would be cheaper to settle the case than to go to court and lose in a trial. A big fat stinking lie immediately embraced by the likes of Osterman and the rest of the do-nothing progressives that have turned the city in a violent, bankrupt hellhole, the history of the exoneration industry, begun and perfected in Chicago more than three decades ago and now spreading around the country in various manifestations of “Innocence Projects,” reveals that one settlement always leads to others.

Chicago has paid out more than a billion dollars in police misconduct claims.

The exoneration industry is the most blatant sign that elected officials of Chicago, Cook County and Illinois willfully sell out the police as a requirement to maintain their political power, even when the city’s own attorneys privately believe the police are innocent of wrongdoing.

Another reason Chicago pays out on these lawsuits is the fact that city elders have already betrayed detectives so many times in the past, the detectives, now retired and often living out of state, do not trust the city. Rather than explain the events in these cases, their mistrust of the political and legal systems compels them to invoke their Fifth Amendment right. When detectives take the Fifth, it’s that much harder to go to trial. That sentiment is compounded with the likes of Cook County State’s Attorney Kim Foxx and the direction of the Justice Department under the Biden White House, two entities whose primary focus is to find ways to criminalize the police.

One case involved the rape and murder of a young African American woman in an Englewood basement. Another the murder of an African American youth. These exonerations should not have taken place, the city attorneys alleged, because even top prosecutors didn’t believe the exonerated offenders were innocent.

Where was Alderman Osterman when the facts of these cases arose? Where was his rhetoric about improving the relationship between the African-American community and the police in the case of a murdered black woman? And what about the claim by city attorneys that settling the Englewood Four case was cheaper? Osterman was uncharacteristically silent. Claims against the police in similarly ludicrous exonerations have skyrocketed, as word spread around town that suing the police is the easiest, most lucrative legal gig in the city.

Yet now a case even more ludicrous and depraved is making its way to the City Council for another payout. One can only wonder at the dog and pony show that will unfold first in the finance committee hearing when some hapless attorney from the corporation counsel comes before the committee with some half-baked theory over why two illegal aliens, Gabriel Solache and Arturo Reyes, should be made millionaires for their “exoneration” in the macabre slaying of another immigrant couple, Mariano and Jacinta Soto and the kidnapping their two children.

Both Solache and Reyes were convicted along with a third offender, Adriana Mejia, who remains behind bars for her role in the crime. The murders were part of a bizarre plan hatched to kill the Sotos and for Mejia to take their newborn child as her own. It unraveled quickly. All three eventually confessed to the killings, but Reyes and Solache later jumped on the “wrongful conviction” bandwagon and claimed they were framed for the murders by a former Chicago police detective named Reynaldo Guevara.

For the radical left anti-police activists, Guevara has been labeled a crooked detective who went around framing offenders throughout his career. The city has already paid out tens of millions in settlements on Guevara cases. To many detectives, prosecutors and judges, Guevara is a symbol of just how badly Chicago police are double-crossed by city attorneys and the City Council, just as the detectives in the Englewood Four case.

Consider these facts in the Solache-Reyes lawsuit against detectives. For more than a decade, the third offender, Adriana Mejia, stated time and again that Solache and Reyes were her accomplices. An independent review of the case by a third-party law firm bolstered the guilt of the two men. Finally, city attorneys have alleged in both their case statements and evidence that top prosecutors serving under the Cook County State’s Attorney Kim Foxx believed the Solache and Reyes were guilty of the crime.

If there were any true guiding principles among self-promoting lawmakers in the City Council like Osterman, Maria Hadden (49) and Michele Smith (43), there would be some effort by lawmakers to curtail one of the most corrupt and inept prosecutors in the country. Yet none of these aldermen have challenged Foxx, a prosecutor who feeds the anti-police movement by freeing men convicted of killing a couple in their own apartment despite top prosecutors in her office continuing to believe both men guilty.

Where, after all, is the uproar from Chicago's City Council about accountability and transparency when it comes to the rampant lawlessness of the Kim Foxx administration, exemplified by her office's decision to release and not retry the likes of Solache and Reyes?

What compounds these aldermen's sins is the fact that a few simple strategies could go a long way in rebuilding the justice system in Chicago and saving the city millions of dollars.

One is starting to hold the media accountable for their role as primary advocates for settlements in these cases. Rather than have city attorneys come before the Committee on Finance and mumble their way through why Chicago must make offenders like these two men rich, they need to finally do what their adversaries do: Take the evidence demonstrating the inauthenticity of the exonerations to the media and confront them.

Exonerations like the Englewood Four and Solache and Reyes take shape in part because Chicago has the worst media in the country. Rather than letting police and the city itself get pushed around by a collection of low-talent ideologues who comprise the ministry of propaganda, city attorneys should confront these “journalists” with evidence which show the offenders’ guilt. Aldermen then should back their city attorneys.

Next, aldermen and city attorneys should employ the checks and balances built into the justice system. They should demand a federal investigation into the machinations of Foxx’s office in the Solache-Reyes case and others to determine exactly how many police are being sacrificed at the altar of Chicago’s progressive movement. A demand placed on the federal government would dismantle the empty rhetoric of aldermen like Osterman, Smith and Hadden, who claim they are concerned about the rights and safety of women and children in Chicago and expose the industry of making convicted killers millionaires at the expense of police.

The essential problem is not corruption in Chicago's criminal justice system, but the media. The path of least resistance employed by the overwhelming majority of aldermen is to gauge the media winds and sail upon them term after term. It takes an elected official with some courage, vision and grit to stand up to the chaos Foxx and her media lapdogs have imposed, revealed in the weekly statistics of violence that draws international attention to Chicago.

If and when the settlement proposal comes before the City Council, it will be an illuminating vision of a city governed largely by cowards.