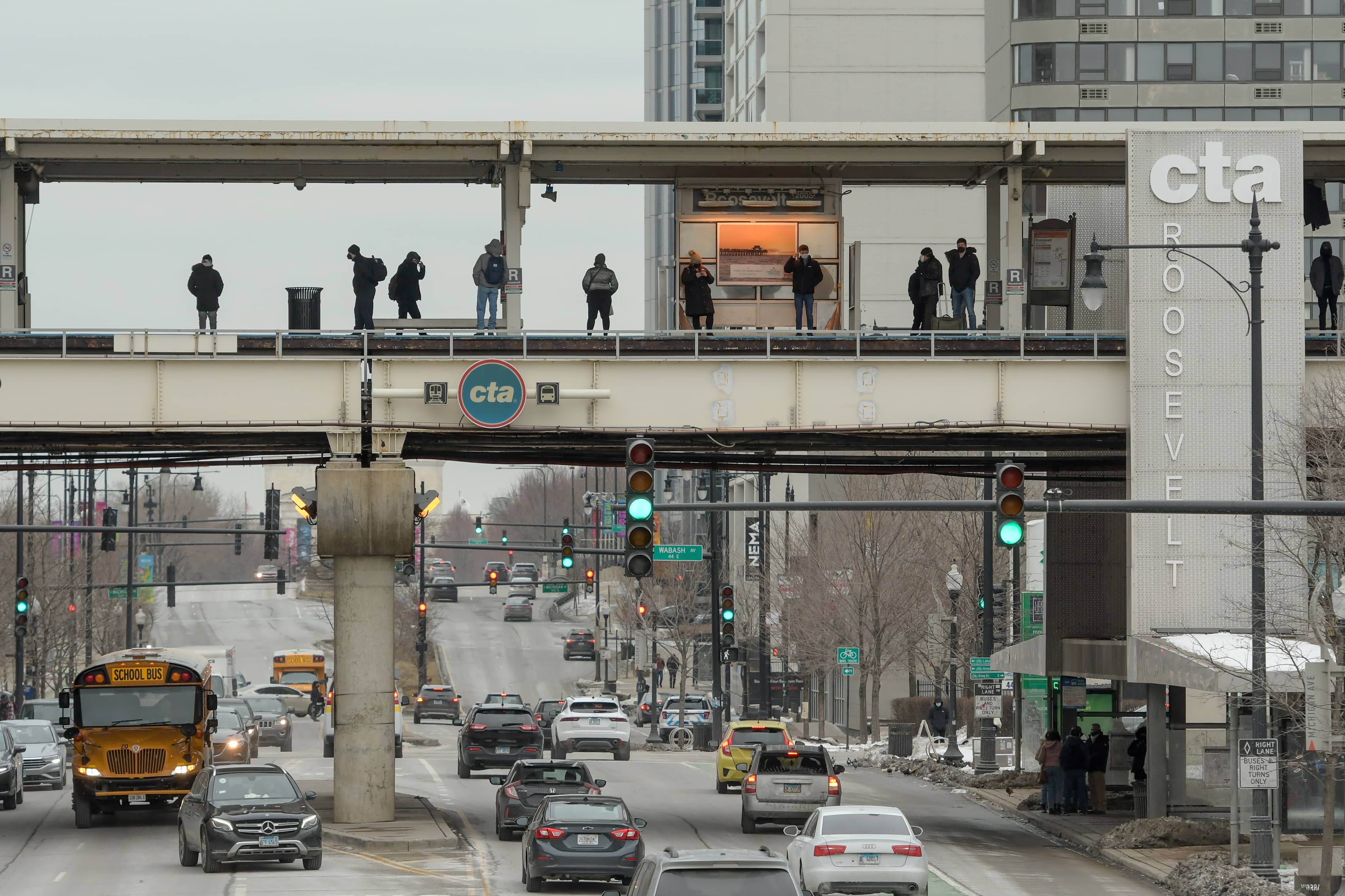 Former Chicago Tribune reporter Dan Hinkel recently announced on Twitter he is returning to his vital work as an “investigative reporter” on criminal justice, this time for the non-profit media outlet Better Government Association (BGA).

In his social media announcement, Hinkel stated that he is “excited to go back to work on behalf of the people.” Which people Hinkel is talking about wasn’t specified. The people of Chicago? The People’s Republic of China? The People’s Law Office?

Hinkel’s return to the dirty world of Chicago journalism is not surprising. The reason is that journalism, particularly print journalism, is going through a massive transformation in Chicago, from profit-driven media into a world of non-profit news organizations like the new one Hinkel is joining, the BGA. The profit-driven Tribune, long a steadfast and crucial independent watchdog over the city, crashed on the ideology of contemporary progressive journalists like Hinkel. A stale, sterile, and barely believable narrative about the city was imposed with a monotony that might drive any truly curious reader away. The journalists and editors at the paper blamed external forces like big bad capitalism, but never their own glaring refusal to look at the city with fairness, let alone originality. Chicago print journalists are ideologues, and ideologues don’t write compelling sentences.

Over the last few years, the Chicago Reader, BGA, Injustice Watch, and the Sun-Times have all moved into the non-profit realm.

The progressive militancy climaxed in a despicable attack on one of the few remaining independent voices at the paper. Fellow progressive Tribune scribes, not Hinkel, authored a letter to the Tribune’s publisher accusing columnist John Kass of anti-Semitism for condemning far-left philanthropist George Soros and his funding for the campaigns of radical prosecutors seeking office in big cities across America. In his July 22, 2020, column, Kass argued Soros-backed prosecutors were a driving force in the explosion of crime throughout the country. An attack on a fellow writer almost unheard of in journalism, most of the public sided with Kass, but the letter was a sign of the growing intolerance of contemporary Chicago journalists to accept dissent and the lengths to which they will go to silence it.

What unites the media in Chicago, particularly the non-profit, is one key ideological tenet: the exoneration industry. Chicago's media has pushed the claim that police have coerced confessions from innocent men for forty years. Few journalists have served this crusade more passionately than Dan Hinkel.

There are scores of stories that reveal the anti-police bent in Hinkel’s reporting. One was his coverage of a 2015 police shooting in which Officer Robert Rialmo who accidentally fatally shot a bat-wielding assailant and inadvertently killed a woman standing behind him. A case that included suspicious media leaks to Hinkel from the city agency charged with investigating such shootings, the Civilian Office of Police Accountability (COPA), Hinkel missed the central fact that COPA hid the findings of a third-party expert investigator from prosecutors, the police superintendent, and the media.

An abuse of the agency’s power that gave voice to police complaints that COPA is a renegade agency arbitrarily attacking officers in part by generating lawsuits and feeding a media machine wholly in line with anti-police movement, Hinkel’s reporting on the case amounted to little more than public relations for whatever shaky claims COPA investigators posited to the public.

In 2017, Hinkel seemed to gleefully quote Sharon Fairley, the former head of COPA’s scandal-ridden predecessor, IPRA, who stated complaints of unfair investigations against the police were "squealing."

But no case more reveals the intense bias more than Hinkel’s coverage of the exoneration of four men known as the Englewood Four for the 1994 rape and murder of Nina Glover, a prostitute and drug addict whose body was stuffed in a dumpster. Hinkel’s coverage of the saga of the perpetrators from rapists and killers to exonerated victims of corrupt police may very well have played a key role in the media-subservient collection of City Council members rubber stamping an appalling $31 million settlement to all four involved. Their justification, and the one embraced by Hinkel, was rooted in the fact that a DNA sample taken from Glover came back to another man.

The presence of this DNA sample could be explained in a multitude of ways that did not exonerate the Englewood Four, explanations that did not find their way into Hinkel’s coverage. Hinkel further ignored or downplayed the other incriminating evidence against the men, such as the fact investigators said they tossed a mop and broom handle used in the crime into a nearby lagoon. Investigators later searched and found both items.

To fully understand the magnitude of how Hinkel’s coverage in the case fell woefully short, one has to look at the detectives involved in the investigation, one of whom is Kenneth Boudreau, a long-time target of Hinkel, and other reporters of his at the Tribune, inpainting their picture of four youths framed by the detectives, Hinkel cited a Tribune investigation of Boudreau cases going back to 2001, as if citing their own misguided and biased investigations of the police were a solid foundation for more dubious articles about the same police.

"Among the men sued was Kenneth Boudreau, a former detective whose history of obtaining dubious confessions was detailed in a 2001 Tribune series."‍

Well, two things cast a dark shadow on these articles about the murder of Glover and the Tribune’s coverage of Boudreau.

First, attorneys representing the City of Chicago have alleged that other cases in which Boudreau was accused of obtaining "dubious" confessions are baseless. City attorneys have even alleged that top prosecutors in Kimberly Foxx’s State’s Attorney’s office didn’t believe the innocence claims of these offenders, but nevertheless released them from prison. More than that, attorneys have alleged media pressure from the likes of the Tribune played a key role in pushing these exoneration claims.

‍"The CCSAO [Cook County State’s Attorney] suddenly reversed course and dropped the charges in the midst of intense media pressure, primarily from the Chicago Tribune,” city attorneys stated in one of their motions alleging a wrongful conviction in another rape and murder case involving Boudreau.

‍In another dubious release of an offender, Tyrone Hood, in a Boudreau case championed by the Chicago media, a release made by scandal-ridden former Gov. Pat Quinn, city attorneys leveled these allegations against media:

‍"Mr. Quinn’s decision set in motion a chain of events that led directly to the reversal of Plaintiff’s [Hood’s] convictions and these lawsuits, but the decision was not based on the discovery of any new evidence exonerating Hood . . . , such as DNA or eyewitness testimony excluding [him] from the crime—that evidence does not exist. Rather, it was the product of an intense media campaign by Hood’s attorneys involving local and international celebrities, NBC Chicago, Peacock Productions, the Chicago Tribune, and the New Yorker Magazine."‍

What a collection of accusations against the Tribune and supposedly “investigative” reporters like Hinkel. Hinkel’s former employer, the Tribune, and his new one, the Better Government Association, have remained strangely silent about these stunning allegations made in federal courts, despite the near daily bragging by reporters from both media entities about their chronic filing of FOIAs in what they claim is an attempt to hold public officials accountable.

But it gets worse. Boudreau has taken a courageous step infighting the exoneration movement pushed by the likes of Hinkel and both his former and new employer. As the exoneration movement grew more powerful in Chicago over the last four decades, in large part because the media has pushed it, accused detectives invoked their Fifth Amendment right, often in response to their lawyer’s advice. They could see the police were being placed in a trick bag in which even their honest testimony could lead to accusations of perjury and obstruction of justice. This pleading of the Fifth was the "holy grail" of the exoneration movement, for no jury would believe a detective is innocent if he wouldn’t even testify. Many cases against the police have been settled because former detectives have exercised their right to remain silent.

Yet Boudreau has refused to take the Fifth. He has been called down to one legal proceeding after another and painstakingly grilled about investigation after investigation, many more than 20 years old, knowing that getting one fact wrong could generate a chorus of attacks from the accusers and their media lapdogs. In testifying, Boudreau is challenging a thirty-year campaign of exonerations, hundreds of millions of taxpayers’ money shelled out to convicted killers and the integrity of Chicago’s media, hardly the behavior of a man supposedly culpable in obtaining "suspicious" confessions.

Will Dan Hinkel cover the challenges to the Boudreau false confessions claims emerging in federal courts? His new employer, the BGA, has not done so, nor has his previous employer, the Chicago Tribune.

Shouldn’t “the people” hear about it?