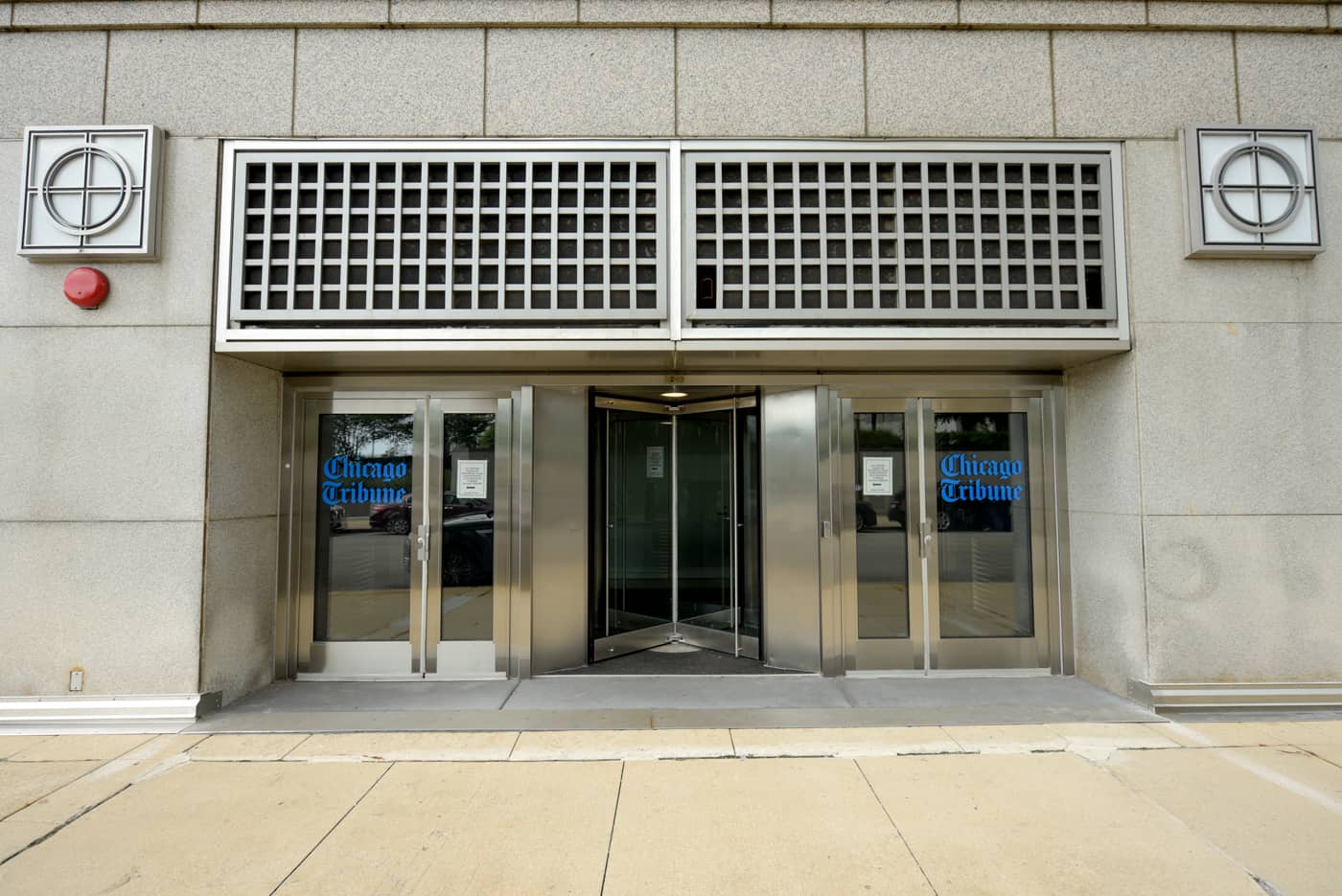 The odyssey of convicted police killer Jackie Wilson, from life sentence for his role in the 1982 murder of two police officers to exonerated killer in 2019, could not have taken place without the wholesale support of Chicago’s activist press.

This same media will also now be needed to get Wilson over the last and perhaps greatest hurdle in his crusade from murderer to progressive hero. Based on the claim he and his brother Andrew were tortured by Commander Jon Burge and his subordinates, Wilson has filed a “wrongful conviction” lawsuit in federal court contesting his involvement in the slayings of Officers William P. Fahey and Richard J. O’Brien, who were gunned down on a cold February afternoon in 1982.

Wilson’s attorneys have cast a wide net in the lawsuit, entangling not just police investigators who worked the case but also prosecutors and former Mayor Richard M. Daley. At the time the murders took place, Daley was serving as Cook County State’s Attorney.

Wilson having his conviction overturned is offensive to almost everyone outside the progressive cabal that now runs most of Chicago’s institutions, including the media. Indeed, it is questionable whether Wilson would have been granted release were it not for the circus-like atmosphere in the courtroom of notoriously anti-police judge, William Hooks, who tossed the conviction and then set him free on bond awaiting trial. Hooks overturning Wilson being found guilty culminated in special prosecutors dropping the case in a manner that prevents him from being tried again.

Having already been twice found guilty along with Andrew for their role in the murders of Fahey and O’Brien during a traffic stop in the Auburn Gresham neighborhood, the vacating of Wilson’s conviction resembles little more than a judicial and media ruse, a sign that the courts at 26th and California were no longer functioning independently.

For this and a raft of other reasons, the story of the Fahey and O’Brien murders are more than a crime and legal saga; they are an allegory explaining the political transformation of Chicago from the late 1960s until today, particularly the evolution of the Democratic Party and its media protectorate to its current radicalized condition.

A central theme of this allegory is the length to which the Chicago media will go to protect a narrative. The media’s role in Wilson’s lawsuit will be crucial to maintain for Wilson to obtain a multi-million dollar check like so many once-convicted murderers before him, even a police killer.

No one is more suited to fulfill that role than Tribune reporter Megan Crepeau. A graduate of the Medill School of Journalism at Northwestern University, Crepeau’s incessant, one-sided police misconduct stories ooze with a delight in attacking the police, betraying an advocacy and willingness to ignore staggering contrary evidence. Without reporters like Crepeau guarding and manipulating the narrative, would guys like Wilson ever find their way out of prison?

Crepeau’s advocacy has been in overdrive in Wilson’s quest for freedom. To chronicle the list of details pertaining to Wilson’s case she and her media comrades ignore would require books, not articles. Those books are slowly being written. In the meantime, three key subplots to the Wilson saga reveal what a powerful force media advocacy like Crepeau’s has played.

The first is the blatant unconstitutional process by which Wilson peddled his innocence narrative. Jackie Wilson’s case was long settled in the courts, with every legal avenue for him to mount a challenge exhausted. However, the state legislature, bowing to the chronic pressure from the far left and their media acolytes like Crepeau, created something akin to a legal Frankenstein monster, the Illinois Torture Inquiry and Relief Commission (TIRC). A collection of unelected commissioners, many of whom have a clear political axe to grind and whose allies stand to benefit handsomely from their decisions, can arbitrarily resurrect any Cook County in which a prisoner claims abuse against the police even when those allegations have been rejected by the courts.

Once a case is brought in front of the panel, TIRC then votes on whether the case should receive another hearing. Like Wilson’s and many other decades-old cases that arrive in front of the commission, prosecutors cannot retry the case and the offender is set free owing to the fact witnesses to the crime and victims of crimes have long been deceased.

TIRC is one of the most unconstitutional institutions ever created in the history of the country. This commission allows the executive branch to wholly undermine the judicial.

Attorneys throughout Chicago shake their heads about the creation of TIRC and the cold-blooded killers the commission has returned to the streets, but one can scour decades worth of decisions by TIRC and hardly find one article from any journalist, including Crepeau, addressing its blatant unconstitutionality.

As Jackie Wilson heads into federal court, the Chicago public, so uninformed as to how things truly work in their own city, can rest assured this crucial perspective on the Wilson saga will remain guarded by Crepeau and her media comrades. They will not mention or question the legitimacy of TIRC.

Silence will abound from Crepeau in the second subplot that betrays the media advocacy in Wilson’s odyssey. This is one of the greatest legal obscenities in the nation’s history, a story buried more deeply than any other in the crowded vault of Chicago’s media secrets. It is the exoneration of Madison Hobley for a 1987 arson that killed seven people, including Hobley’s wife and child.

Hobley was released from prison by former Governor George Ryan, along with three other convicted killers. Ryan cited no new evidence of innocence when he freed Hobley and the three others. Indeed, no legal proceeding ever pointed to Hobley’s innocence, the evidence was so overwhelming against him. Yet Ryan, like TIRC, undermined years of legal proceedings and jury verdicts — the entire judicial process — to set the men free for the most suspicious motives imaginable.

Hobley bears on the Wilson case because it was the lawsuit Hobley subsequently filed against Jon Burge that paved the way for Burge’s eventual criminal conviction in federal court. Burge denied torture allegations in interrogatories in the course of Hobley’s lawsuit against Burge, denials that were used to indict him for perjury and obstruction of justice.

Whatever conclusions one draws about Burge and his men accused of abusing suspects in many cases, the fact remains that Burge’s conviction was based on a case in which a man who was convicted of burning seven people to death, injuring more than a dozen others, was released from prison on no new evidence and was awarded seven million dollars in a settlement by the city of Chicago.

So, one might want to ask reporters like Megan Crepeau, if Hobley didn’t set the fire, who did?

This horrific legal case has been crying out for scrutiny from the day Hobley was released from prison, from the witnesses who saw him purchase gas shortly before the fire, to his bizarre behavior at the scene of the crime, to the fact that he twice confessed to police.

Rest assured that as Wilson’s lawsuit takes shape, this seminal case will be utterly ignored by the Chicago media, the same one constantly patting themselves on the back for their commitment to justice. Their silence over the Hobley exoneration, painstakingly covered in this author’s book, since 2013, Burn Patterns, is perhaps the most clear condemnation of the media in the history of the nation. Be confident that the evidence pointing to the fact that Hobley’s release was not justified will not make its way into any of Crepeau’s stories about the Wilson lawsuit.

It’s almost as if the Chicago media cannot admit that even one exoneration may be bogus, which brings us to the third subplot Crepeau will keep out of her stories: Burge’s accusers.

The law firm that has spearheaded the attacks on Jon Burge is the People’s Law Office (PLO). The firm’s list of clients includes some of the most prominent and violent revolutionary groups in the last fifty years, including the Weather Underground and members of the FALN. Both of these groups are responsible for bombings throughout the country.

Crepeau will steadfastly ignore this background in her stories, but she will also ignore the other cases in federal court in which attorneys from the PLO are under fire for their lawsuits against police. Clearly, there are exoneration cases city attorneys are not buying, but like the Hobley case, Crepeau will not mention it in her articles.

For Wilson to cross the finish line and complete his transformation from police killer to millionaire, it’s crucial for a vast body of evidence and history to remain hidden.

It is incumbent upon reporters like Crepeau to protect the media’s dirty little secrets.