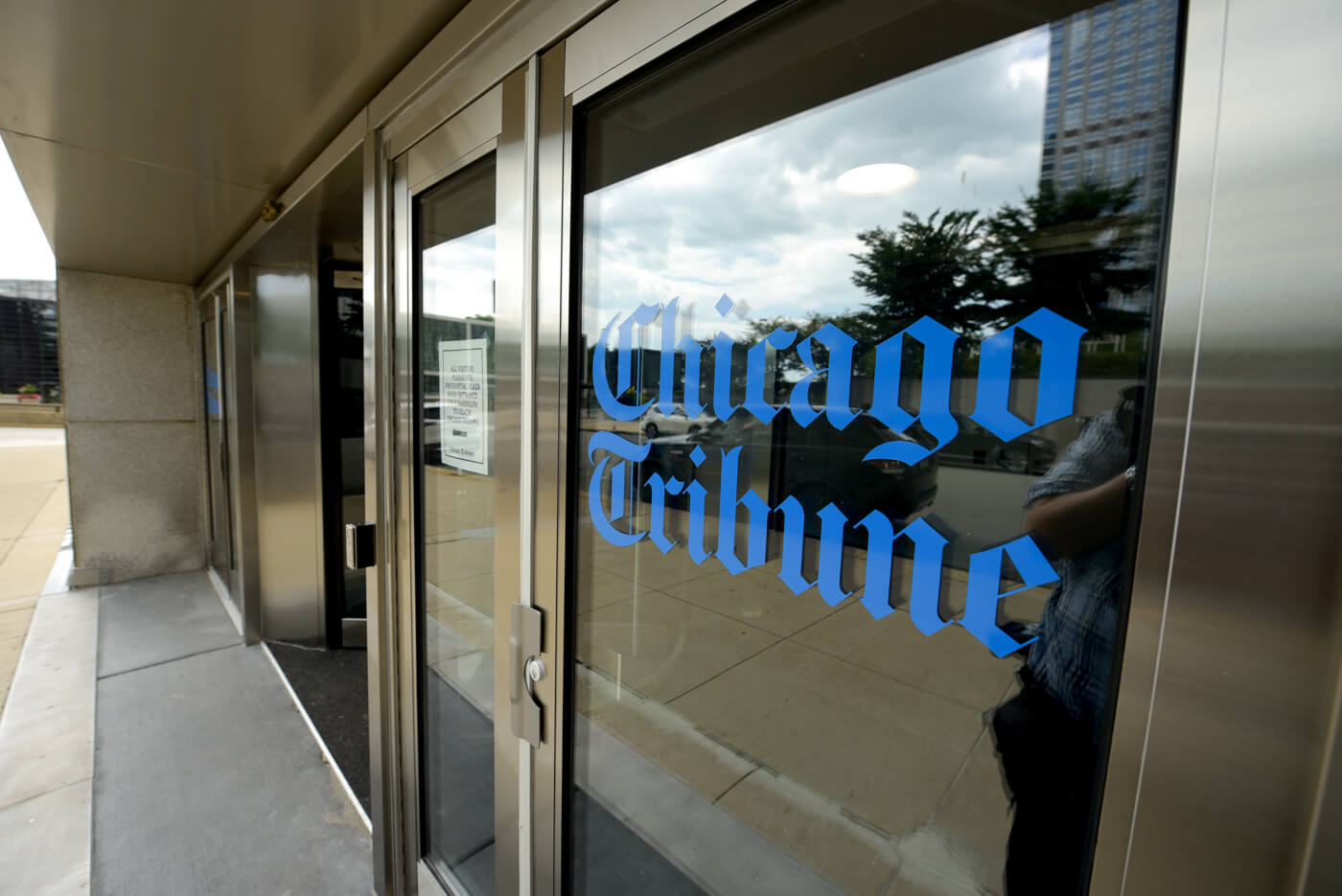 The Tribune perfected the model of agenda journalism

With the likely takeover of the Chicago Tribune by new owners, will Chicago finally be able to recover its own identity?

The question is key because for the past four decades Chicago has been a proving ground in which media has successfully asserted its power over the city’s political, social and economic institutions. With media burrowed in so deeply, it has transformed the city’s identity into its own manufactured mythology. It has been a successful experiment, so successful that the model used in Chicago has been adopted by media organizations across the entire country.

Considering the chaos and destruction the newspaper has created across Chicago, the Tribune’s demise is hardly cause to join in on the paper’s activist employees’ daily wailing and weeping over them facing the loss of their jobs. On the contrary, losing the extremism of the paper’s manufactured narratives is a blessing for a city simmering with violence and crime. The reason is simple enough to understand: The utter failure of the Tribune to deliver on even the most elemental principles of journalism is a primary reason for the city’s breakdown.

With the likely demise of the Tribune, stories may now be told that were formerly heresy among the militant scribes guarding its newsroom from any pesky contrary narratives, even those contrary narratives supported with evidence, public record, and plain common sense. Many of these scribes and editors had been uniformly prepared for their mandate of activist reporting at expensive journalism schools wherein intolerance of contrary narratives was clearly packaged as a higher good, and often well rewarded. Indeed, journalism schools have done an effective job in molding reporters more resembling zombies in a cable drama than curious truth seekers.

How and why did this happen?

It is the story of how a collection of furious, violent, pampered youth in the late 1960s ascended from screaming maniacs in events like the Days of Rage, where these self-proclaimed revolutionaries ran around the city wearing football helmets and shoulder pads randomly destroying whatever they could before the police arrested them. These upper middle-class youth merged with violent street gangs posing as militant reformers fighting racism, together forming groups like the Black Panthers and the Weather Underground. Members of both groups claimed they were Marxist revolutionaries.

Despite their buffoonish early forays at revolution, the radicals who were not killed by their own bombs, did not flee to Cuba and were not sentenced to life behind bars (or get a Democratic president to pardon them) transformed themselves into social justice advocates and eventually moved into prestigious positions like university professors, elected officials, attorneys and journalists decades later.

Their brand of Marxism that emerged in this movement was fundamentally different than Marxists before them. Marx claimed that revolution would come through the workers taking control of the means of production. That meant organizing the workers. The radicals of the late 1960s turned away from this claim. They found no support among the highest paid workers in the world who also relished in the possibility of their fundamental liberties, even when these liberties were badly abused. Instead, the radicals turned their attention to the youth, particularly students at universities. Rather than take over factories with workers, they exerted their control by taking over universities as a base for their outrage.

In shifting their base from workers to students, the left shifted their strategy. They abandoned the hopeless crusade to control the means of production in favor of controlling the means of communication.

The Chicago Tribune was the laboratory in which their experiment took shape. Once a bulwark of Republicanism in a city run by a sturdy Democratic machine, the Tribune was a shining example that the checks and balances inherent in America’s republican government was one of the most brilliant ideas in history. The Tribune was just the check on chronic corruption of Chicago that kept the city not only functioning, but prospering. It was a vibrant, compelling voice in the city, holding public servants accountable in a lively prose.

However, as the radicals returned to Chicago, the Tribune slowly turned from Colonel McCormick’s powerful conservative voice into a public relations rag for the former 1960s revolutionaries. The primary target was the criminal justice system, in particular the police.

It was wildly successful. For the next three decades the Tribune spearheaded a media campaign that made a laughingstock of the justice system, turning once-convicted killers into victims and getting them out of prison, omitting along the way any evidence that contradicted these claims. Then the paper advocated for settlements and verdicts in the tens of millions, often based on narratives that would be laughable were it not for the gruesome crimes upon which they were based. After the police, the Tribune went after elected officials, then judges in what was clearly a political ideology dressed up as journalism.

What took shape at the Tribune ultimately expanded throughout the country. The unbridled media hatred of President Trump despite his many accomplishments as president was rooted in the fact that Trump was the first president to confront the fraudulence and malevolence of the new media.

The American media is now a catastrophe; it is now the most dangerous and destructive institution in the country. This catastrophe has more than just political repercussions. More than any other country, journalism has played a fundamental role in forming American culture. From Walt Whitman to Stephen Crane to Ernest Hemingway, journalism, not academia, was the training ground for so many American writers. Not only did journalism force a writer “to learn to write a simple declarative sentence,” as Hemingway said in a famous Paris Review interview, but also implied in Hemingway’s statement was the requirement authors write with a deep authenticity, both in their early journalism and their later masterpieces.

The new journalism emerging first at the Tribune and now throughout the rest of the country, obliterated this struggle, apparent in every stale, witless, article and column regurgitated by these journalists, save a few compelling exceptions, like columnist John Kass (though the cabal at the Tribune turned on him as well).

As long as people exist, they will need stories. The time has come in Chicago when the professional class of storytellers called journalists no longer suffice. They betrayed their own sacred calling, and it is time that the stories lingering outside the well protected borders imposed by the regime of new journalism horizon were dismantled.

With the demise of the Tribune, it will be easier for these stories to emerge, and then the public may finally be able to re-imagine their own city.

As for the journalists and editors at the Tribune who may soon find themselves unemployed as the new owners become aware that any first-year journalism student could churn out the tripe the paper has been putting out for decades. Well, a cardboard box on Lower Wacker Drive is too good for them.