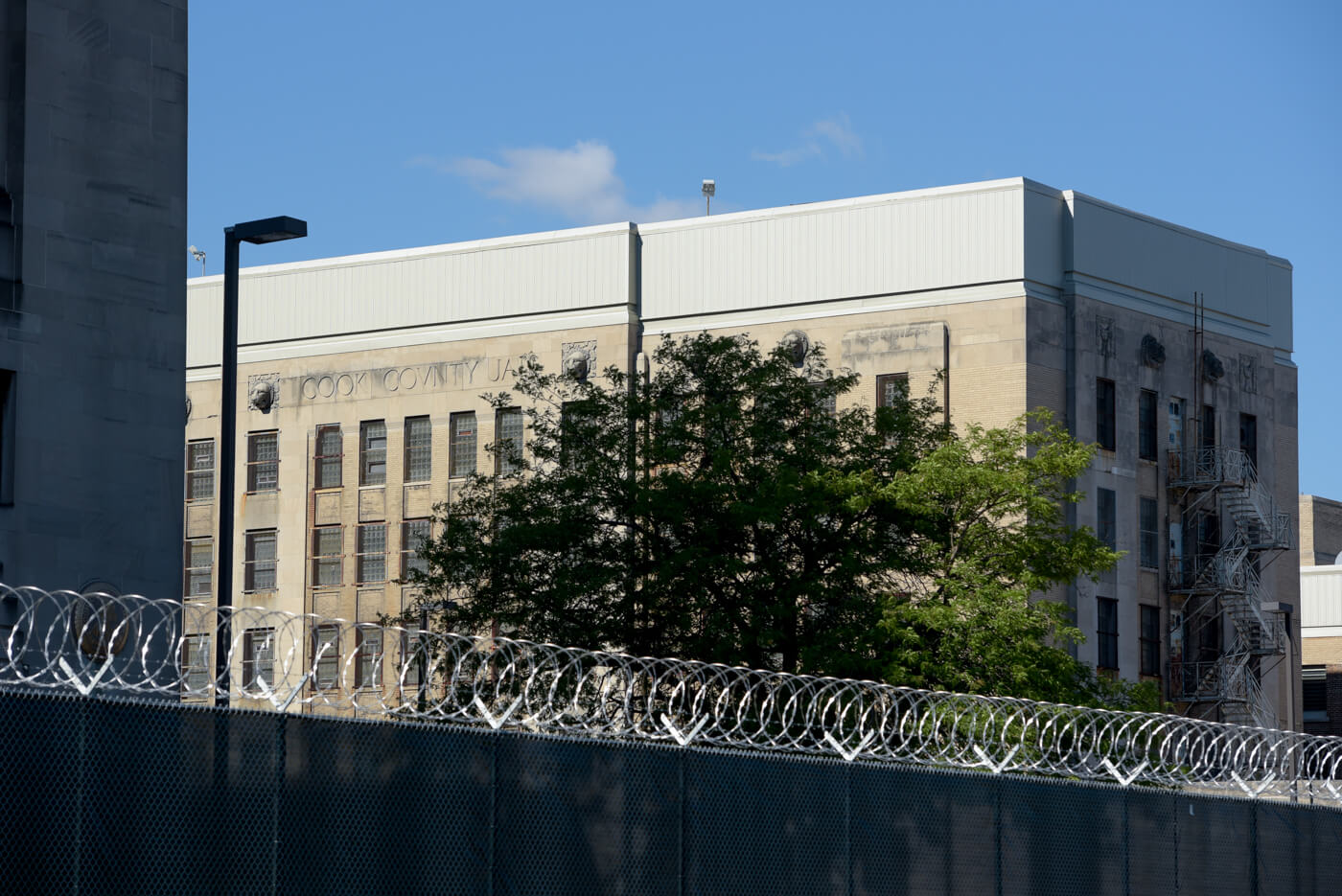 When Timothy Evans defeated Hattie Williams in a 1973 special election for a seat in the Chicago City Council to represent the city's 4th Ward, the victory marked the beginning of a long career in Chicago politics. After serving two decades in the city’s legislative chamber and earning a reputation for being a reliable ally to successive mayors, Evans was unceremoniously unseated from office in 1991 by Cook County’s Mean Mom, Toni Preckwinkle.

Rather than cash out on his political career after his defeat at the polls by becoming a lobbyist, consultant, or otherwise profiting from his status as a former power broker, Evans, a spry 48-year-old at the time of his loss at the ballot box, opted instead to seek a seat on the Cook County Circuit Court. Serving since 1992, Evans was elevated to the role of Chief Judge of the Cook County Circuit Court in 2001. Judge Evans continues to serve today.

Decades after Evans’ first election to the bench, Kim Foxx won her first election to office by thwarting Christopher Pfannkuche in the 2016 race for Cook County State’s Attorney. A woman who ran on a reform platform and a sob story over her upbringing, to Kim Foxx, Cook County’s justice system was not merely flawed or outmoded but barbarous. In Foxx’s and Evans’ worldview, bail, the purpose of which is to ensure defendants will appear for judicial hearings, favored the affluent over the poor, singled out young black men without cause, and was in need of radical change. In Foxx, Evans knew he had a state’s attorney who shared his vision for broad reform of the justice system, particularly bail reform.

Though it required seven months after Foxx assumed office to finally achieve bail reform, in a fatally arrogant overreach issued on July 17th, 2017, Judge Evans issued General Order No. 18.8A (G.O. 18.8A), which became Cook County’s new procedures for bail hearings and pre-trial release. Under the new order effective September 18, 2018, for all felony cases and January 1, 2019, for all other cases, Evans mandated:

Keen to advertise the remarkable success of bail reform, Evans waited a mere 15 months before his office released a handsome-bound, 48-page report examining the impact of General Order No. 18.8A in May 2019. A son et lumière of bar and line graphs, and statistics exhaustively compiled over two 15-month periods, July 1, 2016, through September 30, 2017, and the interval between October 1, 2017, and December 31, 2018, Evans’ account found in the period following G.O. 18.8A “the increase in pretrial release has not led to an increase in crime.” Evans also proudly declared the Cook County Jail population had been cut with no threat to public safety.

In releasing the report titled: Bail Reform in Cook County An Examination of General Order 18.8A and Bail in Felony Cases, Evans had three fundamental goals. First, in a cagey move, Evans sought to get out in front of bail reform’s most vociferous critics to throw opponents of G.O. 18.8A into disarray. The spoon feeding of propaganda, Evans secondly aimed to get Cook County residents jazzed about bail reform and, by extension, criminal justice reform. Last, a shameless self-promoter, Evans wanted to give himself a round of applause.

Though Evans went to great lengths to claim bail reform was a triumph for justice and a victory for Cook County residents, nine months after his glossy record was furnished to the public, two circumstances emerged, both of which threatened to dismantle his findings around G.O. 18.8A. Though it required two years for Chicago residents to experience the full impact her policies, Kim Foxx proved there was no situation she cannot blunder and make worse. By late 2019, crime in Chicago was on an upward trajectory, led by a sharp increase in retail theft. This surge in crime led to unwanted attention drawn to criminal justice reform and the measures coming under renewed scrutiny.

Furthermore, in a rare bright spot for journalism in Chicago, a group of Chicago Tribune reporters chimed in to dispute Evans’ findings. Producing a lengthy rebuttal to Evans’ conclusions in February 2020, the trio of Tribune journalists exposed a sneaky feature of Evans’ review of G.O. 18.8A was a dilution of the classical definition of violent crime to exclude numerous violent incidents, including domestic battery, assault, assault with a deadly weapon, battery, armed violence and reckless homicide. This omission accounted for hundreds of violent offenses.

In another revelation, this one stunning, the Tribune exposed Evans’ claim only three defendants released under the new pre-trial procedures had thereafter been charged with homicide was sheer fiction. In contrast to Evans’ claim of only three, the Tribune story uncovered a total of 21 defendants subsequently charged with murder during the 15-month period Evans’ report reviewed. Moreover, according to the Tribune, Evans’ narrative on the achievement of G.O. 18.8A relied on fragmentary court records and also involved data entry replete with error.

Although Evans’ magnum opus on bail reform was rigged to deliver good news, any vestige of the fairy tale of the glory of bail reform reached a bitter end in November 2020 with the publication of a retrospective study on the issue by Loyola University. A review of bail reform undertaken by Don Stemen, chair of Loyola's Department of Criminal Justice and Criminology, and co-authored by Professor David E. Olson, the esteemed academics drew the same interpretation as Judge Evans did some 18 months earlier. An oddly titled work, Stemen’s and Olson’s research, “Dollars and Sense in Cook County: Examining the impact of General Order 18.8A on felony bond court decisions, pretrial release, and crime,” claimed much as Evans did in the respect it maintains G.O. 18.8A also had “no impact on new criminal activity or new violent criminal activity of those defendants released pre-trial.”

Though the Loyola University study does not appear to be riddled with data error or based on incomplete court records as Evans’ research was, one irregularity found in the conclusion is both Stemen and Olson obsess over the amount defendants saved through receiving I-Bonds or D-Bonds. For the total number of defendants receiving either type of Bond, in sum 6,815, the financial burden lifted totaled $31.4 million in the first six months after G.O. 18.8A was issued.

While the Loyola research demonstrates savings to the accused and their family was a feat more important than facts, justice or maintaining order on Chicago’s streets, the report slips off the rails and never finds itself back on track when discussing defendants failing to appear (FTA) for court dates and any rise in crime associated with bail reform. In Stemen’s and Olson’s review, the two lecturers admit to a three percent increase in FTA after G.O. 18.8A took effect. Put differently, 286 defendants who were released failed to appear in court. Though it can be viewed as only a slight rise, the additional 286 who refused to face a judge for their crimes only saddles police with the extra duty of serving warrants to compel the defendant to show in court. The cost to the police, in terms of manpower, hours, and expense, and the threat to public safety posed by defendants who skip bail are matters Stemen and Olson neglected to address.

It is, however, Stemen’s and Olson’s determination G.O. 18.8A resulted in no increase in crime which is most bothersome. Though Stemen and Olson ebulliently averred bail reform provoked no “statistically significant change in the odds of released defendants being charged with new criminal activity after G.O. 18.8A,” the wisps of truth about the failure of bail reform filtered through their entire study. According to Loyola’s research, 9,200 defendants were released under G.O. 18.8A, 500 of whom would have been denied bail prior to the reform taking effect. Based on Stemen’s and Olson’s analysis, 17.1 percent of those released re-offended, three percent of whom committed a violent crime.

Though it requires the application of more than basic arithmetic, a chore neither Stemen nor Olson bothered to perform, if Loyola’s numbers are accurate and 17.1 percent is extracted from the 9,200 released after G.O. 18.8A, it would reveal a total of 1,573.2 crimes committed by offenders released under Evans’ mandate. If 3.1 percent is mined from 9,200, Chicago experienced 285 additional violent crimes committed under Evans’ bail reform measure. In comparison, had the same analysis been conducted prior to G.O. 18.8A, of the 8,700 released, 1,488 new crimes would have been committed, 260 of which would have been violent in nature. Precis: Judge Evans issuing G.O. 18.8A led to an increase in crime, some of which was violent in character.

It may be a cherished reform measure among the political Left in Chicago, but the two studies examining the impact of bail reform since its enactment in 2017 have undoubtedly demonstrated imposing the least restrictive bail conditions on defendants did in fact lead to a rise in crime.

There are many lessons to be learned with the publication of two studies on bail reform. Among them is Evans, Stemen, and Olson need to be reminded the purpose of the criminal justice system is not to uplift the downtrodden or humble the well heeled, but to punish criminal offenders. Evans, Stemen, and Olson would also be best served to understand the denial of bail does not ruin a life and is a legal means to protect the law-abiding. Chicago residents also learned Judge Tim Evans massaged numbers for political reasons to gain public support for the bail reform mandate. We also discovered, despite ample evidence, both Stemen and Olson were almost certainly aware of a rise in crime as a result of bail reform. Nevertheless, the Loyola University study dismissed crimes committed by those released pre-trial as not “statistically significant.” A deeply disturbing conclusion, Stemen and Olson were not measuring worker productivity. In sharp contrast, the two professors were conducting an exploration of the impact of bail reform on Chicago, a public safety matter, and shrugged when evidence contradicted the purpose of their work. Obviously, the failure of bail reform brought no hard lessons on Evans, Stemen and Olson.

The greatest lesson Chicago learned from these two studies on bail reform is there is a need for Judge Evans and Loyola University to return to the basics of research and publish a full and lucid account of their work. One suggestion would be for the men to avoid cutting corners in research. A better suggestion would be for Evans, Stemen, and Olson to begin any further research on bail reform by speaking to the victims of crime committed by the statistically insignificant.