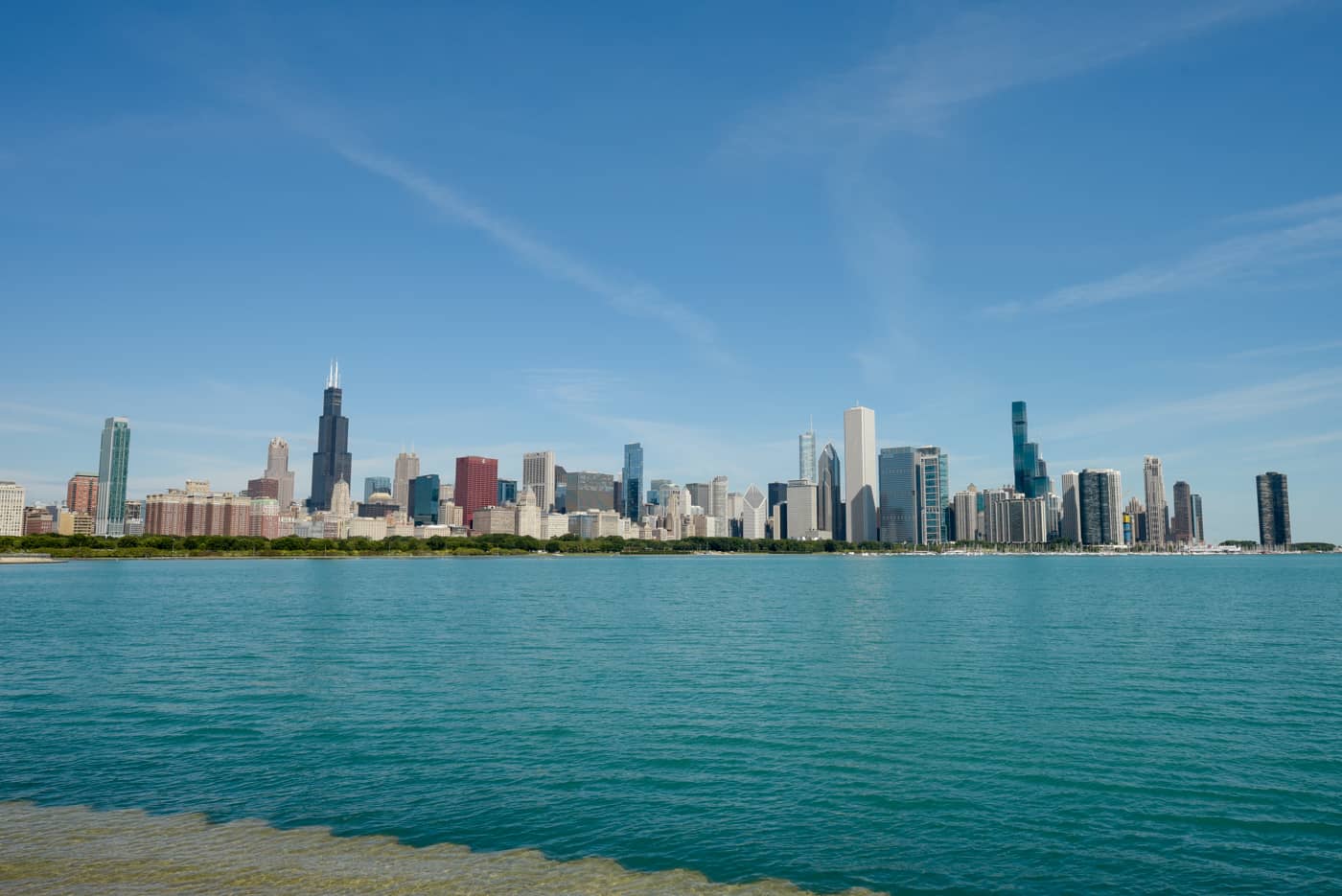 In 2019, an upstart Rossana Rodriguez-Sanchez narrowly eked out an electoral victory against incumbent Alderwoman Deb Mell to seize power over the 33rd Ward. A heated race that required a runoff, Rodriguez-Sanchez unseating Mell put an end to a Chicago political dynasty by a margin of 13 votes.

A virtual unknown at the time of her election, Rodriguez-Sanchez, a Puerto Rican born youth theatrical director, touted her experience as a community activist as her most visible qualification to hold public office. Campaigning under the guise of an activist striving for a “just” and “equitable” Chicago, Rodriguez-Sanchez convinced enough voters that she sought only thriving, diverse neighborhoods. Using loaded rhetoric and dull platitudes while addressing issues that had not previously been of any concern to ordinary voters, Rodriguez-Sanchez campaigned on bringing “clean water” to Chicago, increasing funding for schools, and protections for illegal immigrants. Rodriguez-Sanchez promised this despite the fact that Chicago already has the benefit of the Water Reclamation District and Lake Michigan that provides some of the cleanest drinking water in the nation, and a $9 billion budget for Chicago Public Schools, despite low achievement among students and a shrinking student enrollment.

Ruling over the 33rd Ward since May 2019, Rodriguez-Sanchez inherited from Mell what was long considered a strong working-class neighborhood. The ward is mainly comprised of the Avondale, Irving Park, and Albany Park communities and stretches from Diversey to Foster and from Central Park to the Chicago River. The ward also includes a small section of Lawndale Avenue to the north of Ainslie Street that somehow managed to be drawn into the 33rd Ward that also just so happens to house the current alderman.

It’s a neighborhood that is known for diversity and a large immigrant population. Many of the 33rd Ward’s residents moved to the United States from Central or South American countries or Southeast Asia, and the Middle East because they sought to trade dictatorships for democracy, violence for tranquility, poverty for prosperity, and chaos for ordered lives. In many cases, immigrants who settled in the 33rd Ward were looking to escape totalitarian governments that subscribe to the tenets of democratic socialism or communism.

Of the many problems with Rodriguez-Sanchez’s representation of the ward is her political stances are generally contrary to the political convictions of the voters living in the community. Despite the fact many of the immigrants who live in the 33rd Ward deserted unstable countries where poverty and political, social, and economic turmoil prevailed, Rodriguez-Sanchez is supporting legislation in the City Council that will create the very conditions immigrant families fled from and led to their journey to America.

Rodriguez-Sanchez is pushing for social programs that lead to high taxes and poor public services, demanding changes to criminal code that create lawless streets, and erode police authority on the streets. To help advance her proposals, she tends to gaslight residents with extreme rhetoric and the reckless charge of racism.

Particularly worrisome is the fact Rodriguez-Sanchez has made it a habit to defend and even personally donate to crowdfunding pages of the very gang members that perpetuate violence in the 33rd Ward and surrounding areas. In a number of instances, she has publicly sided with known gang members, often by offering excuses for gang behavior, advocating for the release of gun offenders, spewing anti-police or pro-gang hyperbole, and defending soft on crime policies that enable the violence. Rodriguez-Sanchez does this despite the fact residents in her ward are known to oppose gangs and support consequences for gang and gun crime.

In contrast to a decade that witnessed reductions in crime in the 33rd Ward across numerous categories, the neighborhood Rodriguez-Sanchez represents has suffered a startling rise in crime over the past year. Yet as crime has risen dramatically in her ward, the alderwoman has consistently proposed policies in the City Council that call for less police, lenient bonds for violent offenders, an end to cash bail, and taken public positions that would explicitly benefit gang members, if not openly support them.

Often using inflammatory language, Rodriguez-Sanchez has called for the destruction of the Chicago Police Department’s gang database and been a leading voice for the defunding of police “under the framework of abolition,” which, simply put, is a creative way of saying Chicago needs to work toward a goal of eradicating police by virtue of defunding CPD.

Aside from her public support for gangsters, Rodriguez-Sanchez has consistently and deliberately made incorrect claims about law enforcement. Citing debunked studies on police effectiveness, some that are funded by the notoriously anti-police MacArthur Justice Foundation, the alderman’s claims that less police and less investment in policing would yield greater returns in violence prevention are patently false. Quite the opposite, the most recent and reliable research on the subject of police and policing conducted in the era of “defund” has concluded that every $1 spent on extra policing generates about $1.63 in social benefits, primarily through fewer murders.

A second study in 2020 found that the strategy of Problem‐Oriented Policing (POP) led to a 33.8 percent drop in crime or disorder in municipalities were POP was applied. A third study conducted in 2021 found evidence that police presence has a mostly positive effect on reducing crimes related to motor theft, property, violence, and guns. Ironically, these are the crimes most important to residents in the 33rd Ward, in Chicago and nationwide.

In yet another study in 2020, researchers learned that more police do in fact, reduce crime. The study found that black communities are both over- and under-policed simultaneously, but that is to be expected when the bulk of the crime is located in neighborhoods with a higher percentage of black residents, both who are overrepresented as offenders and victims of crime. Two other studies, one that was carried out one year before she was elected, showed that the Ferguson Effect and the Minneapolis Effect both led to a reduction in pro-active police work and a simultaneous increase in violence.

Despite overwhelming evidence provided by serious, academic researchers, Ms. Rodriguez-Sanchez ignores these conclusions in favor of abiding by a progressive ideology that calls for substituting police for intervention by social workers or violence interrupters. Basing her views on either twisted progressive philosophy or flawed research, Rodriguez-Sanchez has been one of the loudest voices calling for unproven “violence interrupters” to mediate hazardous interactions between individuals that could potentially become violent. Another favorite of the alderwoman is the Alliance of Local Service Organizations, which had $4 million sent their way in 2019 with negligible results.

In addition to disregarding distinguished research, Rodriguez-Sanchez either berates and belittles police and ignores the fact deemphasizing policing has actually led to an increase in crime. When not condemning police and traditional approaches to justice, Rodriguez-Sanchez advocates for bail reform which, studies have shown, has been linked to an increase in violence.

One study popular among Rodriguez-Sanchez and her progressive allies was conducted in 2020 by Loyola University, the methodology of which has been called into question. The study merely echoed what Cook County Chief Judge Timothy Evans concluded in his May 2019 report, which was later carefully dissected and discredited by the Chicago Tribune in February 2020.

When residents of the 33rd Ward cast their ballots for Rodriguez-Sanchez in 2019, many believed they were voting for change. However, fresh air residents expected after decades of the Mell family representing the neighborhood has turned out to be the same air pollution.

For an alderman who claims to be all about building bridges and creating a better society, Rodriguez-Sanchez’s vilification of police, railing against capitalism, and turning to civic government to provide solutions to every societal problem is revealed as neither a governing agenda nor a governing philosophy. Instead, it’s an attitude, and Rodriguez-Sanchez’s attitude is off-putting.

As a former youth theatrical director and community organizer, with Rodriguez-Sanchez’s experience, she should have been intellectually and temperamentally unqualified for public office, yet by latching herself to the Democratic Socialist express bringing ruin to Chicago, she duped residents into believing she would usher in a new day for the 33rd Ward.

Residents of the 33rd Ward are neither ignorant nor blind. When residents listen to Rodriguez-Sanchez or scroll through her social media, they see her not as a defender of hard-working immigrant families, but a champion of gangs. They recall what life was like in their former countries and remember how they lived before Rodriguez-Sanchez took office. It’s one thing to be inept, as Rodriguez-Sanchez surely is. It’s quite another to deceive and dissemble, to govern with the philosophy that shows contempt for the truth and for the American social fabric.

As crime rises and economic opportunity vanishes in the ward, Chicagoans will understand Rodriguez-Sanchez’s version of a “just” society is ruining the lives of the law-abiding, hard-working residents to become the patron saint of gangs.