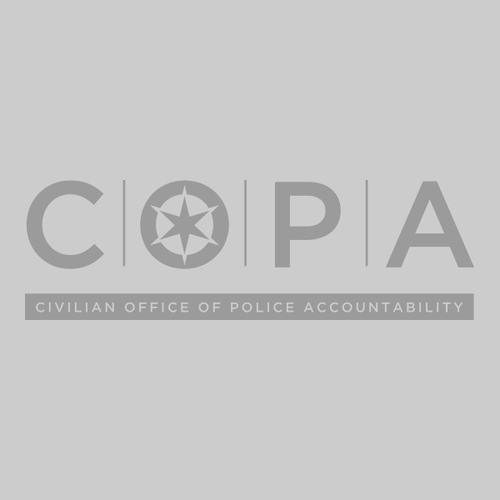 For almost five decades, the Chicago Police Department (CPD) has been subject to civilian oversight.  Over the same period, Chicago lawmakers, community activists, and some residents have scrutinized the activity and conclusions of police oversight agencies as closely as the watchdog organs have explored the CPD.  An outgrowth of the Independent Police Review Authority (IPRA) and its earlier incarnation, the Office of Professional Standards (OPS), the Civilian Office of Police Accountability (COPA) was created in 2017 to carry out police oversight openly and energetically in the public fora.

An agency established with broader powers than its predecessors, on its official website, COPA broadcasts itself as “the leader in police accountability by conducting thorough investigations, to advance the culture of policing and build trust in civilian oversight.”  Unexamined, this sounds noble.  However, if we review the police oversight agency’s rules and regulations, under §3.6 Gathering Evidence, COPA’s general contours include but are not limited to “interviews with complainants, witnesses, and subjects, relevant Department reports and documents, observations made at the scene of an incident within COPA’s jurisdiction, canvass of a scene to identify witnesses and other relevant evidence, analysis of digital evidence, including audio and video recordings, physical evidence, and forensic analysis of evidence.”  While these guiding principles may sound nice and accommodating, any judicious and unbiased interpretation of the watchdog’s rules should lead any sober reader to draw the conclusion nowhere in COPA’s bylaws is the civilian oversight agency empowered to request or execute a search warrant on a member of the CPD.  A function considerably outside the scope of its mandate, COPA is now known to have executed at least two search warrants against Chicago police officers, and the potential for more illegal search warrants executed upon officers exists.  A jaw-dropping revelation, a letter from attorneys representing the Fraternal Order of Police Lodge 7 (FOP) dated September 13 has demanded both COPA and the Cook County State’s Attorney’s Office (CCSAO) immediately halt the illegal execution of search warrants.

While the bare facts of this matter make for unsettling reading, it is worthwhile to explore the cause or motives for COPA, a civilian oversight agency bereft of any legal authority to execute search warrants, to perform such a duty.  Moreover, it is essential to examine the role the Cook County State’s Attorney’s office played in facilitating the approval of such search warrants.

COPA, Foxx give up the game.

Let’s start by understanding COPA’s behavior in the execution of unlawful search warrants is neither surprising nor is it the first time the oversight agency has courted controversy.  The latest in a string of incriminating episodes, COPA’s improper discharge of search warrants follows the shameful 2018 disclosure COPA officials concealed the opinion of an expert hired to consult with the agency in the 2015 fatal shooting of an armed man threatening two police officers.  In another embarrassing incident, COPA was declared singularly unqualified to perform investigations of fatal, officer-involved shootings by the director of the Illinois Law Enforcement Training and Standards Board (ILETSB).  In the wake of the ILETSB’s pronouncement, Chicago residents were shocked to learn a COPA employee had improperly accessed records of police officers and authored an e-mail stating a COPA co-worker was planning a mass shooting at the agency’s office.  In a separate but alarming calamity which demonstrated the disturbing political proclivities of its staff members, a COPA employee openly expressed his admiration for Left-wing radical and communist apologist Angela Davis on his employee biography page.

While the conduct of some COPA employees has demonstrated a plain deficit of integrity and ethics, COPA’s illegal execution of search warrants should do more than simply ring bells.  Unlike the outlandish antics of a former investigator or an employee who unreservedly embraced the ideological zealotry of an avowed communist, the current morass COPA finds itself mired in is an abuse-of-power scandal. While COPA is by no means the only cog in Chicago’s bureaucratic leviathan in which corruption or incompetence looms large, a hard-headed survey of the agency’s conduct with concern to the execution of search warrants demonstrates COPA acted with an incredible disregard for the law.  Although COPA manifestly exceeded it established authority, it is even more disquieting to consider how COPA presumed it held the authority to seek approval for search warrants with the State’s Attorney’s office.

An act which strongly suggests COPA’s leadership surreptitiously re-wrote or freely defied regulations to suit its ends, at the very least the illegal execution of search warrants implies the watchdog has no mechanism to impose constraints on employees and is seemingly directed by a leadership which observes no rules or limitations.  At most, it smacks of COPA run amok, an oversight agency which is dismissive of honesty and due process, and entirely comfortable with flouting the law.  Most important, COPA’s illegal execution of search warrants leaves little room for questions about its distorted motives.  Putting it mildly, nothing about COPA’s actions were either accidental or casual, and nothing was normal or ethical.

While COPA erroneously presumed itself flush with prosecutorial power, it is essential to carefully evaluate the contributions of the Cook County State’s Attorney’s Office in COPA’s power abuse.  While Cook County’s comically incompetent prosecutor, Kim Foxx, has not been directly tied to the scandal, it is fair to assert, at minimum, COPA’s knack for obtaining the illegal search warrants had to have occurred with some assistance or a mutual understanding between COPA and Foxx’s office.  Although there is much we have yet to learn, particularly how Foxx’s office interconnected with COPA, what must be immediately ruled out is the notion authorization for COPA’s illegal search warrants was the result of a scrivener’s error or an assistant state attorney falling asleep at the wheel while matters in Foxx’s office slipped off the rails.

Nonetheless, if we begin by acknowledging it is the highest duty of employees at both COPA and Foxx’s office to know, understand, and observe the rules, regulations, and laws governing the approval of requests for search warrants, then it is fair to speculate laws were not simply bent, but were broken.  If we concede the fact laws were broken, it is valid to question why these events took place.  A plausible answer to this question is a poisonous, anti-police atmosphere has developed in the offices at the CCSAO and COPA.  For such an atmosphere to evolve, an individual or group to whose interest it is to incite umbrage must come forth to nurse, lead, and sustain a hostile environment.  Although COPA’s job in theory is to remain a neutral arbiter while conducting investigations of police, the mere fact it trespassed over the law to obtain search warrants against police officers suggests dark motivations rest behind its stated principle of “building trust in police oversight.”  Similarly, for Foxx’s office to approve COPA’s illegal warrants should ignite questions over the CCSAO’s impartiality.

Contempt for police masquerading as dispassion or fair-mindedness, a clear picture has emerged a pernicious, anti-police air occupies COPA and the CCSAO.  While it is almost certain an anti-police climate had been prevalent at COPA prior, the circumstance of Kim Foxx’s election as Cook County State’s Attorney proved helpful to form a toxic, anti-police environment within the CCSAO.  With both offices’ interests aligned, the authorization of COPA’s illegal search warrants by the CCSAO gives the uncomfortable appearance a not-so-secret handshake agreement has emerged between COPA and employees working with Ms. Foxx.  In Foxx, COPA has a prosecutor willing to skirt the law to secretly pursue its ambitions of ensnaring police.  Conversely, in COPA, Foxx has a presumed independent organ willing to execute her vision of explicitly marking Chicago police officers for special scrutiny or criminal prosecution.

For a public office to function as it is intended, the office must adhere to an honorable set of values.  A public office with the wrong philosophy and the wrong policies leads to genuine harm. COPA executing search warrants approved by Kim Foxx’s office is an abuse of power.  A story which could be worse than we know, it tells us much about how the leadership and employees in both offices place police on a different scale of justice, the norms and standards in both offices are written in sand, and the basic tenets of both offices appear to be attitude and agenda over probity.  Moreover, COPA’s ability to obtain search warrants from Foxx’s office appears to be consistent with the widespread corruption for which Chicago has become renown.  A product of one-party dominating the political culture, it is a system in which tests to power are crushed and checks on elected or appointed officials are virtually absent.

The credibility of both COPA and CCSAO, is hemorrhaging, and credibility lost is difficult to restore.