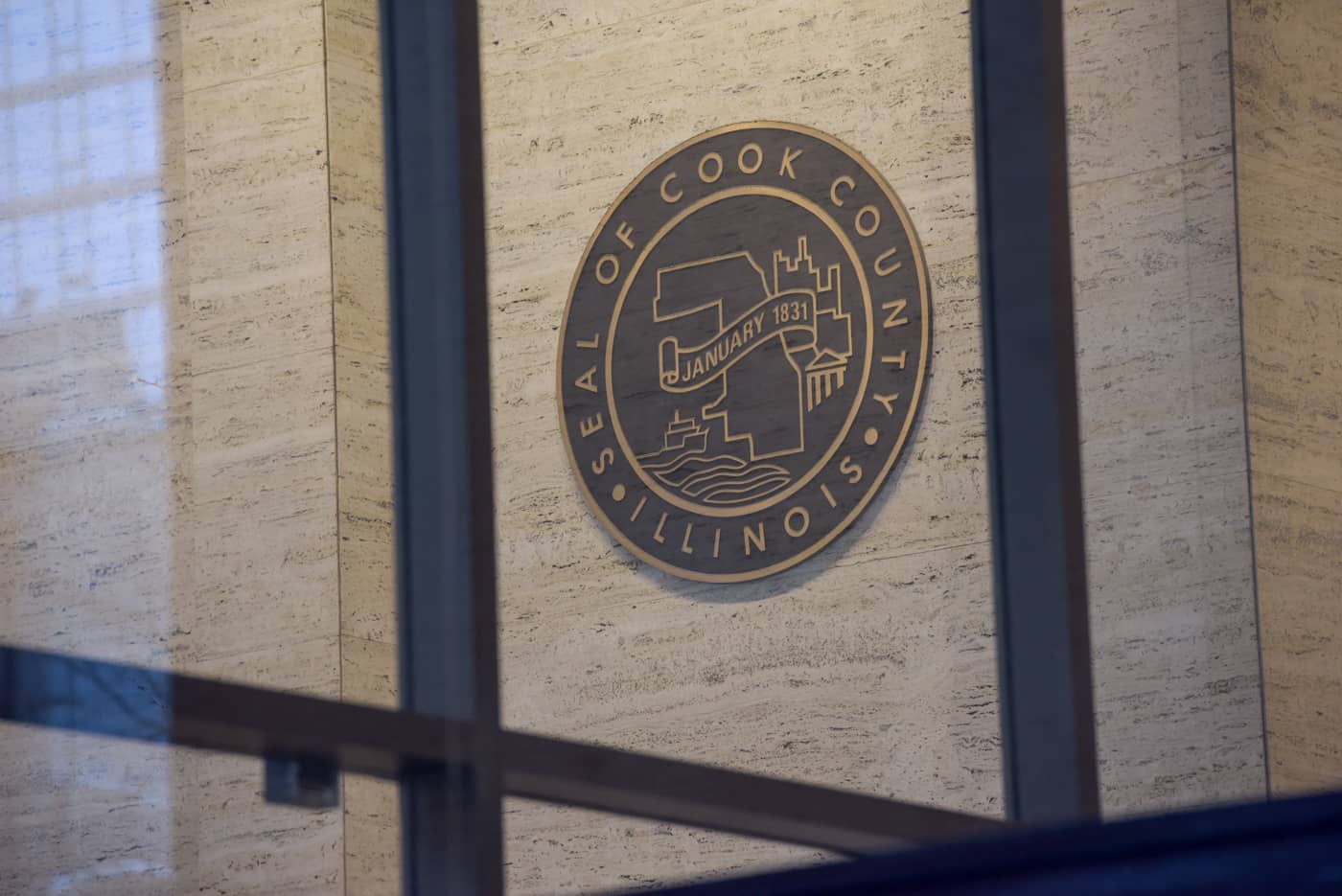 Veteran Cook County state's attorney James Murphy retired on Friday, July 29, after a career in which he played an important role in some of Cook County's most conspicuous cases.

Beginning his service to Cook County under Richard Devine, Murphy continued to work in the office under Devine's successor, Anita Alvarez, and finally under Kim Foxx. In a career spanning two-and-a-half decades, Murphy became one of the most visible prosecutors in the county, playing a leading role in the prosecution of Jussie Smollett and the investigation of the Chicago police shooting death of an armed gang member, Adam Toledo.

A man with a first-rate legal mind and a mature self-confidence born of experience, Murphy applied his calm, methodical legal mind to every case to ensure justice was found for every victim. Yet over the past six years, Murphy has witnessed a dramatic change in the culture of the State's Attorney's office. Upon his hire decades ago, the State's Attorney's office intended to be an agency which brought justice and rescue to victims of crime. Today, however, in his resignation letter, Murphy described a cultural problem, a problem of beliefs, worldview, values, and attitudes, all of which have shifted away from serving victims of crimes — what a decent society owes victims and survivors of crime — toward those who perpetratate crime. Worse, Murphy reveals a striking absence of respect for Ms. Foxx and her executive staff.

In a sad end to a sterling legal career in the State's Attorney's office, Murphy's resignation letter to co-workers confirms the numerous contemporaneous accounts of Foxx's behavior, attitude, and aim and how Foxx has subordinated her sworn duty to her personal worldview. The damage is immense.

Another significant loss for the State's Attorney's office, Murphy's premature departure means another voice of logic, reason, and justice is missing from an office when it is needed more than ever.

"Twenty-five years ago, I was given the opportunity and the privilege to work for the Cook County State’s Attorney’s Office as an Assistant State’s Attorney. This was my dream job. Like each of you, I came here to do good. To represent victims of crime and their families. To be a voice for the voiceless. To do the right thing. To do justice. Those aren’t merely words, they are a way of life.

7/29/22 was my last day as an Assistant State’s Attorney. I was fortunate enough to participate in my final murder jury trial as an ASA, alongside two amazing trial partners. We were able to get some semblance of justice and closure for the family of a single mother who was gunned down in a cell phone store in front of her two kids.

It is beyond difficult to say goodbye to an Office that I truly love, to all of my colleagues and friends and the ASAs I’ve worked with over the years and to those I’ve supervised. To all of the support staff who have stood with me throughout the years. I have been blessed to have had some incredible supervisors like John Dillon, Darren O’Brien, Ashley Romito and, more recently, Natosha Toller. They exemplified what it meant to be an ASA and the importance of doing the right thing. I have tried to follow in their footsteps. I’ve also been blessed with incredible partners. Way too many to name here. You all have been my family.

I wish I could stay. I would love to continue to fight for the victims of crime and to continue to stand with each of you, especially in the face of the overwhelming crime that is crippling our communities. However, I can no longer work for this Administration. I have zero confidence in their leadership. I am going to look elsewhere for opportunities to make a difference. In addition to saying goodbye to all of you, I wanted to explain some of my reasons for leaving.

I have been thinking about leaving for a while now. Really, the thoughts began back in January of 2021, when the “Safe-T Act” was passed. Seeing this Administration’s involvement in that process was an eye-opening experience for me. To be clear, I am in support of eliminating cash bail- no person should sit in jail solely because they can’t afford to pay for bail. But I never understood the rush on an issue that was so important. I voiced my concerns at the time. And it was in that process that I began to realize that the Administration’s ‘Mission Vision and Values’ was just a PR stunt, just words on a page. Fairness. Accountability. Integrity. Respect. Collaboration. Those words should mean something. They do to me. And I know that they do to you as well. Yet time after time after time this Administration has shown that they don’t live the meaning of those words. Or they don’t care.

Integrity matters. I am proud that I am leaving with my integrity intact. As young ASAs we are taught that the job of a prosecutor is to seek justice, not merely convictions. That is what I have strived to do on all of my cases and I know it is what each of you do on a daily basis. We do this in spite of the many obstacles that have been placed in front of us. Staffing levels are at an all time low and have been for some time. All of the Units and Bureaus have been operating at dangerously low levels. Two person courtrooms and one person courtrooms are the norm. This has been going on for some time and is getting worse by the day. This is not a recent phenomenon. This Administration can claim that this attrition is due to the Covid Era. We all know that is not true.

This Administration routinely claims that they have shifted their focus from prosecuting low level crimes so that they can focus their resources on fighting violent crime and drivers of violence. This is simply not true. If this Administration was truly concerned with effectively fighting violent crime, then they would fully staff those courtrooms and Units. Not create more useless policy positions on the Executive Staff at the expense of hiring more ASAs who can work in the trenches. Meanwhile, the rest of us are overworked, overstressed, and under-resourced. But at least we were allowed to wear jeans in July. Well, those of us not working in courtrooms. That move illustrates how tone-deaf this Administration is. They simply don’t care about the well-being of the ASAs on the front lines.

I cannot continue to work for an Administration I no longer respect. A few months ago, I was summoned into a meeting with the State’s Attorney so she could criticize some bond hearings I did. One involved a massive shootout and the other involved a woman who was walking to the store when she was gunned down in a crossfire. The bond hearings involved gun possession charges only. The State’s Attorney communicated that she was upset because a headline in a newspaper read ‘Man won’t face murder charge under the Safe-T Act.’ The State’s Attorney voiced her concern with the headline and the heat she was getting from her backers and never voiced any concern over the fact that this woman was shot and killed simply walking to the store. And nobody was going to face a murder charge.

That is what is wrong with this Administration. I’ve seen it day after day. How many mass shootings do there have to be before something is done? This Administration is more concerned with political narratives and agendas than with victims and prosecuting violent crime. That is why I can’t stay any longer.

I know that the men and women of the Cook County State’s Attorney’s Office will continue to do great things for the citizens of Cook County. I am confident that all of you will continue to stand tall and make a difference despite the adversity and obstacles being placed in your way. Thank you for the job that you continue to do. This job is long on stress and hardship and short on gratitude. Thank you for making a difference. Never forget that you do. Each of you. The job that you do matters, even if it doesn’t always feel that way.

I know the last couple of years have been difficult. The Office has been hemorrhaging talent. From seasoned, well-respected veteran prosecutors to many of the younger up-and-coming ASAs. People are leaving in droves. It is clear as to why. It is not because of Covid. My plea to each of you is to keep your heads up and keep going. Keep doing the right thing, the right way. I know all too well the sacrifices you have made and continue to make. All of the nights and weekends and holidays that we give up. Seeing how this Administration treated the likes of Alan Spellberg, Guy Lisuzzo, Jenny Coleman and Natosha Toller is disheartening and demoralizing. But you younger ASAs have so much to look forward to. Don’t get disheartened. Now, more than ever, you’re going to have to lean on each other and be there for each other. Keep trying those cases. Keep being there for those victims and their families, many of whom have lost absolutely everything. And keep being there for each other. It matters more than you will ever truly know.

It has been the honor of a lifetime to have served the people of the State of Illinois alongside each of you. Keep fighting the good fight."