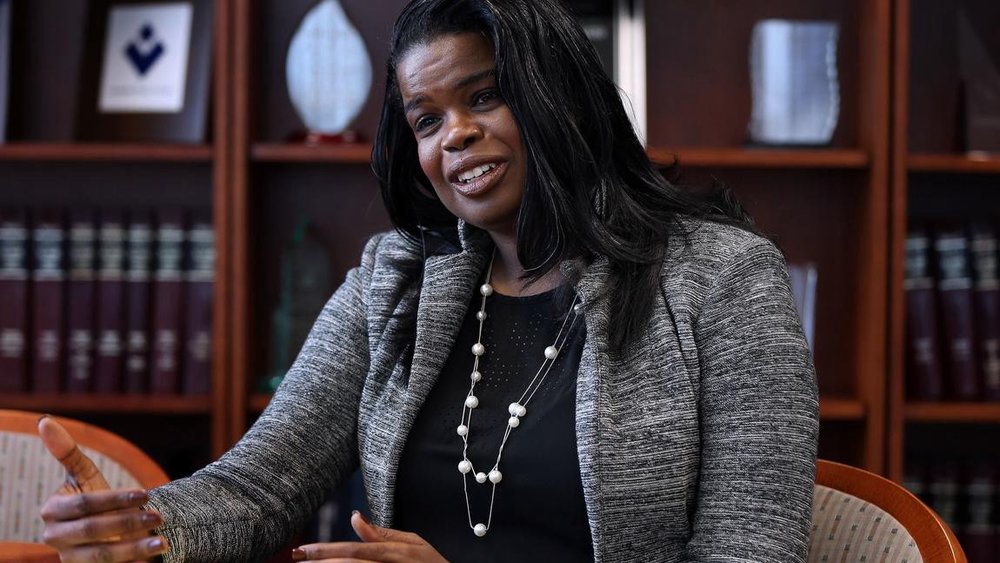 “Revenge,” Francis Bacon once said, “is a kind of wild justice, which the more man’s nature runs to, the more ought law to weed it out.”

On October 5, 2018, Jason Van Dyke was found guilty of second-degree murder in the 2014 shooting death of Laquan McDonald. A verdict reached nearly four years after the former police officer shot the armed teen as he wandered freakishly on South Pulaski Avenue, the jury’s decision marked the first time in over a half century an on-duty Chicago police officer was convicted of murder. While some viewed the verdict as justice finally and mercifully served, others interpreted the jury’s finding as more than the judgement of one man, but an indictment of an entire profession. For Cook County State’s Attorney Kim Foxx, the ruling against Van Dyke made her soul sing.

Against the canvas of the trial, as with many highly-publicized cases involving police, a daily spectacle formed of opponents of law and order became a permanent fixture on the steps of the Leighton building. Attracted to the court proceedings like flies to a cesspit, the hearings drew Chicago’s most notorious crowd of anti-law-and-order demagogues to advance anti-police libels and shout abuse at Van Dyke as he arrived and departed the courthouse. While numerous individuals gave vent to their anti-police animosities on every imaginable outlet at every turn during the proceedings, in a sideshow to demonstrations at the trial, one worthless scrap of humanity, Matthew Ross, overpowered the carnival-like atmosphere at Leighton with his incivility on social media ahead of jury deliberations weighing Van Dyke’s fate. In a brazen gesture demonstrating a bold defiance toward criminal and civil code, Ross leveled a pair of furious threats directed at family members of police and alderman living in communities known to be populated with city employees. While social media platforms tend to be misused and transformed into provincial hothouses to hector others, users typically post toxic discharge with a special boldness reserved upon the condition of anonymity. The Van Dyke trial catnip for this foolish malingerer, Ross’ determination to avoid concealing his identity on Facebook revealed he feared no punishment for his deed.

As Ross’ vitriol on Facebook was an appalling, unnecessary, and illegal response to the Van Dyke case, his arrest by Chicago police elicited an irresolute and unnecessary response from prosecutors in Kim Foxx’s state’s attorney’s office: Officials in Foxx’s office opted for misdemeanor over felony charges against Ross for electronic threats and disorderly conduct. A warped but predictable response from Cook County’s prosecutors working under Foxx, the law is clear: Free speech does not incite violence and states have appropriate statutes in place criminalizing threats in person and on social media. The lesser charge of a misdemeanor is an affront to law, common sense, and decency. Rather than pursuing felony charges and delivering a powerful message to those who threaten others with bodily harm, the decision to seek misdemeanor charges is Ms. Foxx’s means of sending a potent and deeply-personal message to Chicago police officers.

This is not justice, it’s payback.

Hardly a puzzling gesture in light of her record as Cook County state’s attorney, Ms. Foxx’s refusal to charge Mr. Ross with a felony is inspired, if not wholly motivated, by her hostility with the Chicago Police Department. A woman driven more by private grudges than public duty, from the moment she assumed office in 2016, Ms. Foxx has demonstrated her primary interest in controlling one of Chicago’s levers of justice is painting police in the darkest possible light. In Ms. Foxx’s paranoid mind, Chicago police officers are corrupt, insidious, uniformed licensed bandits who have for an eternity escaped punishment for routine acts of barbarity against minority communities. While the portrayal of Chicago police officers as conscienceless goons or a marauding band of armed racists terrorizing minority neighborhoods has always been sheer nonsense, the pernicious narrative occupies a permanent place in Foxx’s imagination. A fanatical devotee to the false and malicious myth of Chicago police officers indiscriminately and unjustly gunning down African-Americans, Foxx viewed Ross’ arrest as a rare occasion to legally strike a blow at police for the social justice cause. Seizing the moment with an unholy glee, Foxx’s willful disregarding of the gravity of Ross’ online rampage and the denial of a felony charge allowed her to contribute to the creation of an atmosphere in which police officers and their families are exposed to threats, fear and violence.

The law turned on its head, Foxx’s refusal to pursue a felony charge and walk back basic protections for vulnerable citizens at a moment when Chicago was bracing for the outcome of an emotionally-charged trial revolving around a police shooting is an implicit acknowledgment her temper of mind and orientation of heart is aligned with Chicago’s rowdy mob of anti-police agitators, not precious justice. Similarly, the decision to deny a felony charge against Ross also illustrates Foxx’s desire to tighten the screws on Chicago police and reject the law as a tool serving as a deterrent to crime. Likewise, Foxx’s refusal to charge Ross with a felony reveals her utter indifference to the high possibility criminals could in the future emulate Mr. Ross’ deed and move beyond online threats or face-to-face taunts to another level of physical assault on police officers and their families in the safety of their homes. A blot on the honor of the office, the most important point to be gleaned from Ms. Foxx’s act of vindictiveness is her exploitation of the functions and resources of her office to gratify her personal interests and prejudices is an abuse of power.

An unusually petty, sophomoric woman, Foxx’s tack of engaging in retaliatory justice, bandwagoning with anti-police agitators, and marking police officers for infamy exposes her as the kind of prosecutor, investigator, and administrator who believes in only selective justice, personal vendettas, and self-righteous crusades. A woman of staggering incompetence, Kim Foxx’s revenge fantasy against Chicago police officers is unjust, bitter, insurgent, indifferent to the rule of law, and unconcerned with consequences.