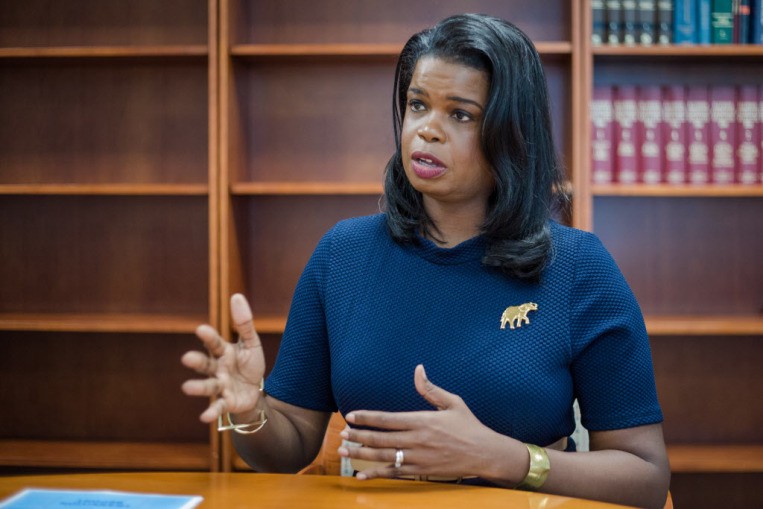 Against the backdrop of outrage and protests ignited by the death of Laquan McDonald on October 20, 2014, newly-minted Cook County State’s Attorney Kim Foxx sought office in 2016 on a platform of “restoring faith” in the State’s Attorney’s Office. In a state of high excitement stoked by opponents of law and order, Foxx has plunged into the wilderness by drafting legislation which would compel cases in which members of the Chicago Police Department exonerated after involvement in fatal shootings become subject to a review by the Office of the State Appellate Prosecutor.

“ The critical issue in fatal officer-involved shooting cases is how to conduct investigations and make charging decisions in a manner that is viewed as credible and legitimate by the involved parties and the public. Historically, there has been a lack of trust in how these cases are handled. The credibility of the system and this office’s handling of those types of cases had changed,” Foxx said when announcing her new proposal.

Foxx expanded on her remark, saying fatal police shootings are “different” from other cases the state’s attorney evaluates.

A nonsensical proposition aimed exclusively at law enforcement, this motion has more to do with hostility toward police officers than arriving at justice or attaining the “transparency” and “accountability” of which Foxx has perpetually articulated. Lodged to both indulge and energize anti-police agitators and her far-Left supporters, this decisive turn is Ms. Foxx exposing police officers determined by two separate investigations to have justifiably used lethal force to a vengeful brand of double jeopardy.

Under established Chicago Police Department and City of Chicago policy, fatal shootings involving a member of the force undergo two meticulous independent investigations. One exploration is administered by the department; the second is managed by the Independent Police Review Authority (IPRA). In the wake of an officer-involved shooting, a probe headed by a department representative, a Street Deputy, thoroughly investigates the scene, conducts a walkthrough of the location of the shooting, takes witness statements and the officer involved is required to complete use-of-force documents to complete findings. Coinciding with the department conducting its inquiry, the IPRA oversees a comparable exploration of the matter in which officials painstakingly evaluate the scene and the circumstances of the officer’s action, conduct interviews, and assemble a final review of the occurrence.

In sum, a sober interpretation of the incident is rendered by investigators endowed with the calmness of vision and impartiality of judgement required in the course of an evaluation of a matter of grave significance. Should two formal independent analyses conclude the officer’s action was justifiable and decline recommending criminal charges, official inquiries should be closed and the officer should not be liable to the unkind fate of a third review led by the State Appellate Prosecutor.

By advancing this directive, Foxx is signaling she views the exoneration of a police officer by the department and the IPRA as a flagrant blunder which should be reversed; she perceives the culmination of the Chicago Police Department’s and the IPRA’s investigation imperfect or the work of evildoers aiming to protect a reckless officer; and offers Chicago a fascinating insight into her inherent flaws as an administrator, investigator, and prosecutor. Doubly appalling, Ms. Foxx considers this proposal consistent with fighting crime.

The product of a rash imagination, this draft is also an implicit admission Foxx is willing to take astonishing steps to pander to individuals and groups obsessed with politicizing police shootings. A dangerous association however informal, Foxx’s accommodation of those preoccupied with creating anti-police hysteria only legitimizes the false and harmful narrative members of the Chicago Police Department are a relentless band of trigger-happy vandals who murder with impunity. Similarly, it strengthens a false conviction prevalent among critics of police the department is incapable of responsibly governing itself.

A startling decision, Ms. Foxx is doing her best to perpetuate the myth citizens of Chicago are at equal or greater risk of danger from police officers as they are from the culprits roaming Chicago’s angry streets. Instead of being the woman who would, as she promised, lead us into a new chapter of objectivity in the prosecution of Cook County’s criminals, Ms. Foxx’s proposal is merely a victory for the criminal underclass whose members are amusing themselves with the powerlessness of police.

While laboring for a stained-glass image among her supporters, Foxx has forgotten justice should function for Chicago police officers.