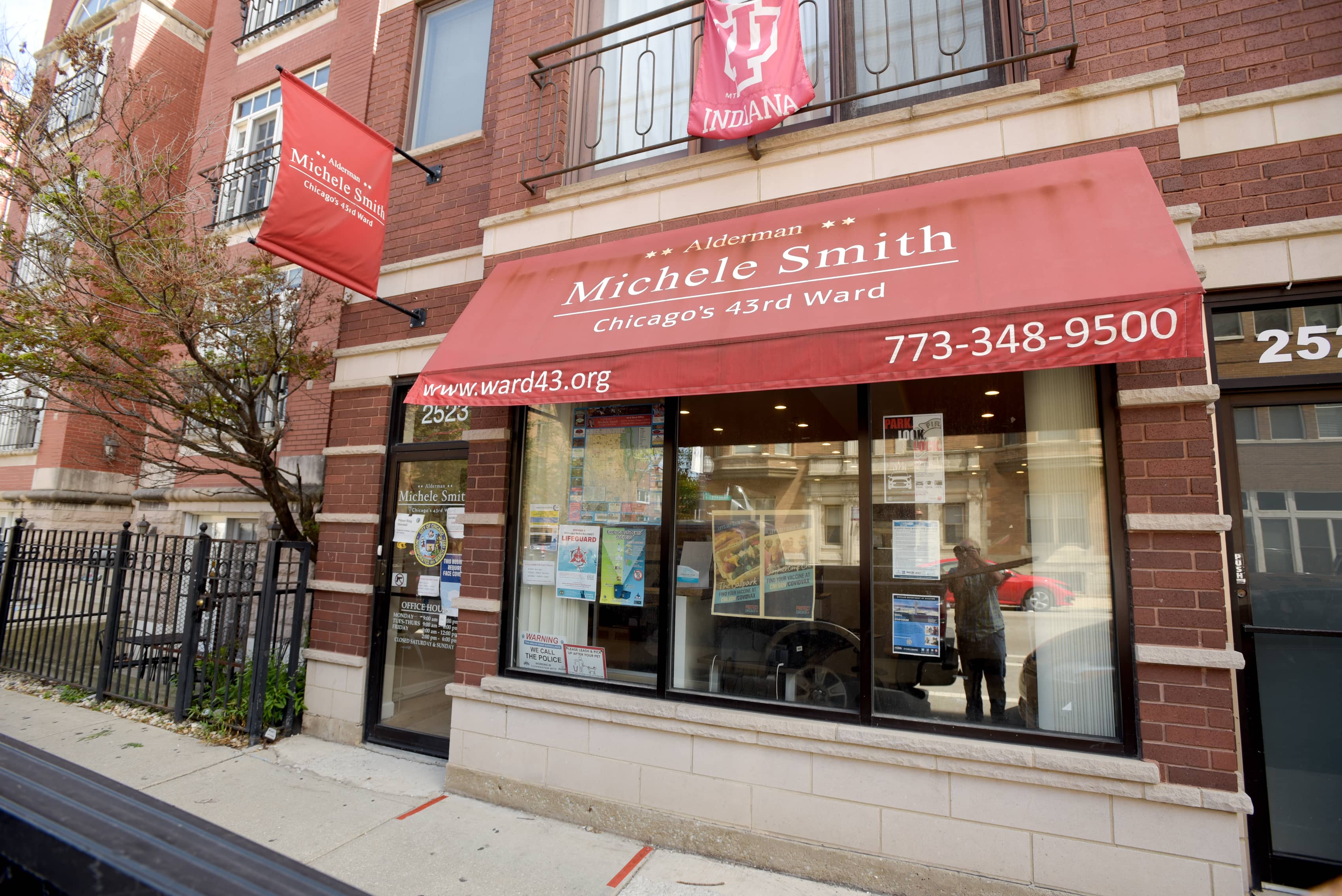 When former 11th Ward Alderman Patrick Daley Thompson walked out of the Dirksen Federal Building on February 14, his criminal conviction placed him in a tier alongside 36 other famously treacherous aldermen guilty of unlawful conduct over the past five decades.

Just 10 months before his conviction on two counts of making false statements to the Federal Deposit Insurance Corporation and five counts of filing false federal income tax returns, Daley Thompson’s response upon indictment by the U.S. Attorney’s Office was a programmatic statement denying all wrongdoing.

Employing a courageous tone, Daley pointed the finger for false statements at an “incorrect memory” and faulted “inadvertent tax preparation errors” for the irregularities in his tax forms. Boldly asserting his “conscience was clear,” Daley Thompson then declared he remained “100 percent dedicated to serving the people of Chicago to the best of my ability.” Indeed, he did: Daley Thompson remained the 11th Ward alderman until his resignation two days after his conviction.

Less than four years earlier, in January 2019, the ward office and City Council office of Alderman Edward Burke (14) were raided by federal agents. Federal officials later returned a sweeping indictment against the Southwest Side alderman, including 14 counts of racketeering, attempted extortion, conspiracy to commit extortion. At the time of his May 2019 indictment, Mayor Lightfoot demanded Burke resign from the City Council. Though Burke did relinquish his chairmanship of the Committee on Finance, he brushed off Ms. Lightfoot’s call for his resignation from the City Council. Burke today still represents the Ward, but lingers in legal purgatory.

Indicted on July 1 2021, Alderman Carrie Austin (34) was slapped with one count of conspiring to use interstate facilities to promote bribery, two counts of using interstate facilities to promote bribery, and one count of willfully making materially false statements to the FBI. The third sitting alderman targeted by the U.S. Attorney’s Office, though Austin did step down from her chairmanship of the Committee on Contracting Oversight and Equity, she, like Aldermen Daley Thompson and Burke, stubbornly refused to resign from office. Months after facing the charges, Austin, in gesture of naked self-interest, announced her retirement from the City Council.

Oddly, in each of these corruption cases, the three accused aldermen faced indictment from federal officials, though Chicago does not lack for oversight of its public officials and employees. Chicago is equipped with a myriad of laws and policies created to confront all forms of public turpitude.

Although the Cook County State’s Attorney’s Office is the main actor with the responsibility of investigating and prosecuting government corruption, fraud, and abuses of authority, from within the City Council, aldermen are subject to scrutiny from the Committee on Ethics and Government Oversight to place checks on public employees’ behavior. Outside the city’s legislative chamber, the City of Chicago Board of Ethics is charged with adopting and enforcing rules to prevent conflict of interest among city officials and employees. An agency with similar responsibilities, the Office of the Inspector General (OIG), also provides oversight of aldermen. Advertising itself as an independent, non-partisan watchdog for the taxpayers of Chicago, the OIG is empowered with broad authority to carry out reviews of government activity, audits, and investigations of city employees.

These is no shortage of oversight in Chicago, but there is a shortage of ethics among Windy City aldermen.

When Mayor Lori Lightfoot entered office in 2019, one goal to which she aspired was to tame corruption at City Hall. In her inaugural address, Ms. Lightfoot spoke of her desire to curtail abuses surrounding Aldermanic privilege. Though a frank and hard-hitting speech greeted with a round of applause, let’s not exaggerate the impact of the mayor’s words. Words are useless without action and missing from Lightfoot’s speech was any mention of precisely how she intended to cleanup the fetid and festering cesspool of corruption which has become of the City Council. Later, on her first day as mayor, Ms. Lightfoot fulfilled a small part of her vow to tidy up City Hall by signing an executive order to curtail Aldermanic privilege.

Since May 2019, however, Mayor Lightfoot has said little on the subject of ethics, and has done even less to keep the fire lit on ethics reform. Though Ms. Lightfoot occupies City Hall in part because she ran a platform campaign of bringing about an end to endemic corruption, it was Alderman Michele Smith (43) who recently proposed a bill focusing on ethics reform. Although Smith unfurled the proposed ordinance by claiming it would force politicians to pause before considering bending duty to their own self-interest, her proposal is substantively weak.

There are a number of layers to Smith’s folly which need to be unpacked. Under Smith’s reform proposal, the “privilege of the floor,” the practice of former aldermen engaging in lobbying current aldermen would end, as would lobbying efforts by sitting aldermen on the floor and in full City Council meetings.

While this sounds noble, if examined closely, the ethics proposal takes no account for the lobbying efforts by a mayor’s aides, who are known for their floor maneuverings as they attempt to exert mayoral influence in support or opposition on legislative matters. It is said Alderman Smith herself attempted to marshal support for the reform bill by engaging in the same behavior — walking the floor — she claims to abhor and seeks to ban.

In another article equally ineffective, Smith’s draft ordinance insists aldermen and city officials recusing themselves from business in front of the City Council must excuse themselves from committee rooms while debate is held and must abstain from voting. While barring an alderman from casting a vote on such matters is an inventive means to hinder an official who could potentially be involved in a conflict of interest, Smith’s resolution remains inadequate.

A half measure, Smith’s proviso aiming to exclude aldermen from influencing legislative affairs under consideration does not close a loophole — texting or direct messaging by-means-of social media application — which would effectively allow recused aldermen to prorogue the bill’s aim and exert leverage over committee proceedings. Moreover, this part of the preliminary reform is rendered meaningless as aldermen are not known to meet in person for committee.

Another example of the bill’s weakness, Smith’s ordinance calls for an expansion of what is considered “a potential conflict of interest to include matters involving persons or firms from which an elected official’s spouse or domestic partner has or expects to derive income.” A green light for spouses of aldermen to earn an income with individuals or firms which engage in business dealing with the city, instead of outright forbidding spouses from lobbying, Smith’s remedy is the condition income from such relationships reported in a vague “timely” manner.

Finally, and perhaps most lamentably, in what is the draft’s single greatest defect is it allows aldermen to maintain outside careers as they continue to hold elected office on a part-time basis. The source of many ethical failures on the part of Chicago aldermen, Smith’s bill allowing lawmakers to continue to earn outside income is encouraging aldermen to use to their advantage every privilege or benefit of office, which often leads to the abuses of public trust she vowed to correct in the ordinance.

Despite Chicago’s hunger for ethics reform, Alderman Smith’s proposal will not usher in a new era of trust between residents of Chicago and the elected officials who serve them.

Though Smith’s logic over the need for ethics reform is compelling, she did not go out on a limb. Instead, with only a slogan in hand, Smith intervened in the most symbolic way possible and wrote an ethics proposal which served no higher purpose than to assert ethics reform’s relevance. To be fair, Smith’s bill does impose stiffer pecuniary penalties for minor breaches of ethics rules, but she dodged applying the necessary effective controls to maintain good ethics, which the City Council is sorely lacking.

Whether Alderman Smith was answering the call on ethics due to a colleague recently convicted in a court of law and two others currently under indictment is unclear. A weak and feeble bill, Smith’s ethics reform does little for aldermen to resist the occasion of nepotism or other forms of conflict of interest. In contrast, Smith’s ordinance resembles an effort to only modestly manage a grave problem.

While part of the corruption which plagues Chicago politics is found in a web containing political strategists, union representatives, business leaders, and Chicago's donor class, all of whom feed on the puss of corruption, the routine malfeasance in the Windy City is almost entirely attributed to the Democratic Party’s enduring grip over the city. By clutching such control, the Democratic Party has effectively blunted any challenge to its power and limited checks on officeholders.

For far too long, Chicago voters have elected and returned to office Democratic politicians whose operating principles are opportunism and avarice. As long as elected officials in Chicago are allowed to look after the personal rather than the public good, and our aldermen decline to impose the necessary safeguards to check their behavior, faith in Chicago’s government will continue to decline.

A 31 percent voter turnout in the 2019 mayoral election is an expression of voter faithlessness. The greatest oversight is voters. To remove the dark cloud of corruption lingering over City Hall, Chicago voters must place a greater emphasis on the need to elect upstanding people who believe in the ethics of public office. Until voters learn to fix the enduring problems with Chicago politics in the voting booth, Chicago will continue to be an Augean stable of corruption.