Every Teacher a Social Justice Warrior: Pronouns in Chicago Classrooms 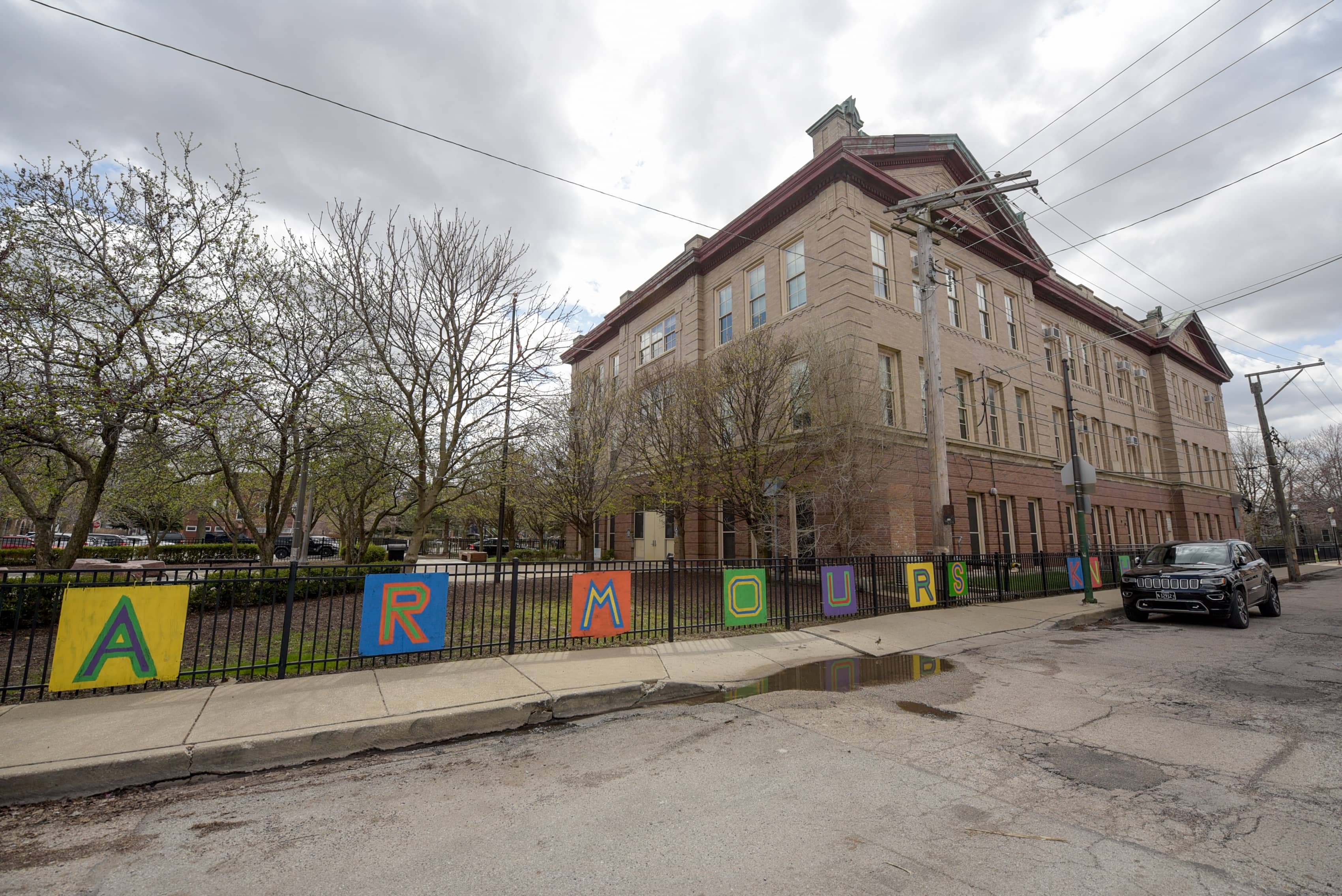 When your trusty columnist grew up and studied literature before critical race theory pistol whipped high school and college English with its Marxian strap-on, pronouns served as noun phrases and noun modifiers only. But what were once elements of learning proper grammar have turned into a newly fabricated — yet increasingly mandatory — and weaponized tool of the progressive left in Chicago classrooms.

I wish I was talking about personal pronouns (e.g., she/her/hers, he/him/his, they/them/their, ey/em/eir, xie/hir/hirs, etc.) and teaching in the abstract. But as a parent who has sent his kids to multiple parochial, public and private schools in Chicago, I can vouch for their increasing frequency and impact on stifling diversity and debate in school classrooms.

Now as common in freshman English classes as five paragraph essays — as an aside, the number of those graduating from CPS who actually write a proper five paragraph essay can likely be counted in the low single digit percentages of all grads based on state proficiency numbers — pronouns have come to represent the first step to self censorship at the start of an educational journey.

But kids aren’t having it. Even pre-teens are making fun of this rainbow-clad “Orwellian pedagogical nightmare,” as one Chicago area mom put it to me.

Closer to home, my youngest son and a friend were joking in the back of a car, after a movie last weekend, inspired by their frequency in school.

One said to the other: "How does a nonbinary ninja kill people? They slash them!"‍

Let me repeat: These are kids who have been taught in Chicago area schools since the age of nine that gender is a spectrum, at least one of whom I know has not started going through puberty.

But more seriously, pronouns stifle student communication as we can no longer describe ourselves with verbs or adjectives as Mark Twain might have — e.g., “I was feeling blithe, almost jocund” — at the start of a classroom lesson.

Instead, Chicago teachers now tell our pre-pubescent kids that they must now conjure up constructed realities as birthing persons or people with penises to validate the fantasies of those who believe in pansexuality and other postmodern constructs.

As an aside it’s fascinating how 90-plus percent of pronoun pushers do not believe in traditional religions or G-d as outside of their own prophets: Derrida, Foucault, Marx and more modern disciples like Kendi and DiAngelo.

At first, participation in pronouns is usually optional in the classroom. And limited dissent may be brushed aside or seemingly tolerated. After all, certain students “may not be fully allied” with the teacher, or of those who need their pronouns “affirmed.”

But make no mistake. Pronouns serve as a first step to create classroom safe spaces in preparation for teaching kids how to shout-down speakers they disagree with in higher education because “words are violence.” And overtime, the inevitable occurs: Pronouns become mandatory to receive full credit for certain tests (as they have at certain courses at The University of Pennsylvania) and those that mock them are ostracized or shouted down.

One Chicago area dad suggests that there is a “three-step pattern among teachers” that ask for pronouns in grade school:

“First, the initial request for pronouns, always at the start of a school year, sets up a power dynamic in the classroom that leads to student censorship based on affirming a teacher’s political agenda. Second, pronoun dynamics — and its sister, critical race theory — stifle and bias debate by explicitly denying opposing positions. And third, the usage of pronouns lead to a self absorbed narcissism among kids on the margins that has, not surprisingly, led to skyrocketing rates of anxiety and depression among youth who can’t figure out what a woman (or man) is.”

He continues: “Considering this, we should question whether teachers themselves that groom students by asking for pronouns are complicit in rising rates of anxiety, depression and self-harm. In cases where pre-teens and teens who undergo transition to another sex (vs. going through traditional therapy) suicide rates in fact are significantly higher [link added] than in cases where transition does not occur.”

But the question remains what to do about pronouns in Chicago schools if diversity of thought and free speech is ever allowed in the classroom again.

Perhaps debate should be the goal. To wit, in classrooms where they are solicited by teachers, students or others should be able offer a contraposition or alternative, debating their merits in front of the class with equal floor time. Of course if kids volunteer to share their pronouns, they should be allowed to without fear of retribution, just as those that question them should be given the floor and their free speech rights defended as well.

Introducing discourse around something completely as un-pressure tested as gender ideology should be the goal. After all, without discourse, Chicago’s teachers, under the cover of radical left Illinois educational guidelines, will continue to legitimize a practice that barely existed before TikTok that children can change their gender by ingesting chemicals and/or mutilating their bodies over a decade before they/them/their brains are fully formed and have matured enough to make such decisions as adults.

That is, despite Governor J.B. Pritzker’s financial interests in this stuff.

Short of introducing debate on the topic of pronouns in the classroom (and electing a governor who does not like to play G-d with X and Y chromosomes or eat oneself to death), I have a prediction: More and more Chicagoland teachers required to teach this invented fiction will quit, exacerbating the teacher talent crisis in public, parochial and private schools, aside from the jihadist social justice warrior types who will remain until every last child has successfully defined their place on the spinning pinwheel of intersectionality.

Further, more and more parents will continue to yank their kids out of CPS and Chicago schools, including a record setting number of black parents who opt for homeschooling to save their kids from this new woke religion.

And so the death spiral of Chicago primary and secondary education continues, non-binary ninja jokes and all.

But at least the increasingly fewer kids that remain in CPS and Chicago overall will be able to conjugate the 72 genders.