For Chicago to Overcome COVID-19 Crisis, Mayor Lightfoot Should Lead or Get Out of the Way 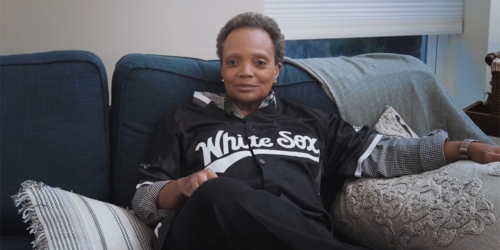 Beyond any typical crisis, the COVID-19 pandemic which has gripped the nation has placed elected leaders in a unique position.  While a crisis is always a test of leadership, to navigate through such an emergency, a leader’s views should be bound together by a central, prevailing intent.  Similarly, these views must be advanced as a project with a purpose.  While crises such as COVID-19 are fortunately rare, the guiding principles for a leader to carry out responsibilities begins with identifying their duties.  To manage a crisis, a leader must communicate well in public appearances, is obligated to bring perspective to the crisis, should outmaneuver the problem, should provide city personnel with the necessary hardware to function effectively, and emphasize the greater goal of overcoming the disaster.  Most important, it is of vital importance a leader not dwell in any grand political philosophy when tackling the crisis.  For Mayor Lori Lightfoot, the coronavirus is the first major test of her term as mayor and how she responds will likely be a perpetual memorial to her leadership and vision.

Since Chicago has fallen into the grip of COVID-19, Mayor Lightfoot has hardly been idle.  However, her comportment has more closely resembled a leader who has ripped guidance from the pages of a Progressive how-to guide for managing a crisis than an effective mayor.  Offering dry competence, seriousness, and on occasion some levity, Ms. Lightfoot has taken the time to address the COVID-19 crisis by thanking McDonalds Corporation for its generous gift of N95 masks to healthcare professionals and personnel and police and firefighters, to praise Chicago educators for converting curriculum to remote learning, and signing an executive order which aims to provide immigrant and refugee communities every COVID-related benefit offered by Chicago.  Similarly, Ms. Lightfoot drove around Chicago on Wednesday, April 8, to bark at those who were violating the stay-at-home order and in a bizarre address with her wife, Amy Eshleman, Lightfoot recognized artists suffering under the pandemic and established the Arts for Illinois Relief Fund to support artists.  Ms. Lightfoot has also sat for Twitter Q&As to chastise residents over hoarding food, reveal her amusement with memes which have emerged with the pandemic, and encourage residents “sheltering in place” to submit the online 2020 Census form.

In some more solemn addresses, Ms. Lightfoot has encouraged residents with experience in the health care field to volunteer with relief efforts, and in a rousing pep talk which evoked memories of former President Jimmy Carter’s panic-stricken Oval Office address to the nation in which he lamented a “Crisis of Confidence,” Mayor Lightfoot took the opportunity to remind Chicago residents over her concern for citizens, the need to confront hard truths, and to emphasize the need for love, “smiles,” “hellos” and “thank yous” in abundance.  Intended to be an uplifting message, in the same address, Ms. Lightfoot spoke with the memory of wounds sustained from COVID-19 and with clichéd language of victory by reminding viewers challenges remain, but Chicago will outlast the epidemic because we “can” and we “must.”

Nonetheless, against the soothing language in some of her appearances in public and on social media, Ms. Lightfoot also found the time have her hair trimmed, and to draw on the global health crisis to engage in a Progressive hobbyhorse:  Abusing the Trump White House’s response to COVID-19.  In a snark-filled comment on Twitter on March 22, Lightfoot demanded President Trump “lead or get out of their way” to express her dissatisfaction with what she perceived as a slow White House reaction to the pandemic, and to suggest state governors attempting to blunt the virus have been hamstrung by the federal government.  Shortly after, Lightfoot sat with MSNBC’s Chuck Todd to cast scorn at the White House, alleging the Trump administration is failing to support states combating the virus.  Five days later, Lightfoot appeared on the Today Show.  Interviewed by Craig Melvin, Lightfoot recounted steps Chicago has taken to thwart the pandemic under her hashtag campaign, #StayHomeSaveLives.  In the same interview, when asked by Melvin if state and local officials could have done more to halt the spread of the virus, Lightfoot shook her head slightly and immediately shifted blame on the White House and lavished praise on state and local officials for their immediate response to the crisis.  Bathing in the national spotlight, Lightfoot remained seated near the conclusion of the interview to earn a round of applause from Melvin, who declared Lightfoot’s #StayHomeSaveLives videos “cool.”  Shortly after her interview on the Today Show, Lightfoot welcomed Governor J.B. Pritzker to tour McCormick Place and in a joint press conference with the governor heatedly denounced President Trump over shortages to the federal stockpile of ventilators.  Finally, in an interview with Rolling Stone, Lightfoot told the magazine President Trump’s federal coronavirus task force was “clueless.”

Though some of Mayor Lightfoot’s public statements can qualify as beneficial, much of the machisma mayor’s performance is worthy of both ridicule and rebuke. While Lightfoot has expended much energy politicizing the crisis, her attacks on the White House overlook one of her earliest statements as the pandemic threatened the city.  In late February, as nationwide concern over COVID-19 mounted, Lightfoot publicly reprimanded the Center for Disease Control (CDC) for “fanning the flames of fear about the spread of the coronavirus in the United States” and accused federal officials of “fear-mongering” after the National Center for Immunization and Respiratory Diseases warned Americans to prepare for changes to the condition of daily life due to the spread of the disease.

“We feel very well prepared to address this issue. And I don’t want people to take from the comments at the federal level that, somehow, they should be worried and that we’re not prepared in this city. We absolutely are prepared,” Mayor Lightfoot said on February 22.

While lamenting a fall in revenue among Chicago restaurants, Lightfoot further upbraided federal officials for setting off a “premature alarm” and encouraged Chicago residents to “go about the normal lives.”

Lightfoot’s criticism of the White House during the COVID-19 outbreak also overlooks effusive approval the Trump administration earned from ideological opponents, Governors Andrew Cuomo and Gavin Newsom, both of whom have cast aside politics to commend President Trump for his leadership and assistance to their states. Moreover, Ms. Lightfoot’s frequent criticism of the White House for its alleged lethargic response to the pandemic disregards the Trump administration’s swift and decisive action to close off travel from Communist China and the White House waiving dozens of federal regulations to foil the spread of the disease.  Decisive actions which impeded the spread of the pandemic, Ms. Lightfoot should model her management of Chicago during the crisis on behavior exhibited by the White House.

According to members of the Chicago Fire and Police Departments, the Ford Motor Company has generously donated 8,000 face shields, 3,000 of which were to be distributed to firefighters, with the remainder issued to police officers.  Malört, a firm which manufactures hand sanitizer, has similarly donated consignments of the hand disinfectant specifically earmarked for police and firefighters serving Chicago.  In addition to face shields and hand sanitizer, 125 infrared thermometers were also provided to the CFD for the purpose of testing firefighters for the virus.

As puzzling as it may sound, particularly with Ms. Lightfoot, Chicago’s scintillating leader with the aura of Lawrence of Arabia at the helm, none of this reported bounty has been distributed to whom it was intended.  Although the face shields were donated on March 28, according to members of the CPD and CFD, the protective gear and sanitizer was seized on April 2 and is undergoing a review according to departmental policy.  Members of both departments have also disclosed there is a shortage of N95 masks for police and firefighters, both departments have been forced to continue performing their duties with outdated hand sanitizer, and police recruits have been assigned the responsibility of disinfecting police vehicles without being issued protective clothing.

The fact city policy has forbidden distribution of this equipment, of course, prompts the critical question:  Why has Mayor Lightfoot not intervened and suspended CPD or CFD policy requiring evaluation of donated face shields and hand sanitizer?  While CPD and CFD policy is the result of prudent deliberation, there are circumstances when a crisis looms, and broad mayoral discretion is unavoidable.  COVID-19 is certainly one such crisis.  As mayor of a city in the throes of the coronavirus, it is undeniably within Lightfoot’s authority to rescind the regulations to direct the donated face shields and hand sanitizer from being issued to CPD and CFD personnel.  If the White House can direct federal agencies to accept Emergency Use Authorizations allowing the suspension of clearance processes, and if the Cook County Board can allow Cook County’s mean mom, Toni Preckwinkle, expanded power to contend with COVID-19, then it is unquestionably within the authority of Lightfoot to take the resolute step to temporarily suspend CPD and CFD standards to ensure its employees are issued the proper safety equipment.

A contradiction to her early statements claiming Chicago was prepared to confront coronavirus, the fact Lightfoot has taken no action to ensure CFD and CPD personnel have protective equipment reveals Ms. Lightfoot is more absorbed with politicizing the COVID-19 panic than addressing or leading Chicago through it.  A deficit of leadership, in both her tone and bearing throughout the crisis Ms. Lightfoot has demonstrated her concentration of purpose with regard to COVID-19 is to achieve political goals.  Her focus elsewhere, while CFD and CPD personnel remain without critical safety devices, Lightfoot has used the pandemic to thrash the White House, despite its appropriate response.  Although educators with the Chicago Public Schools continue to earn a paycheck, Lightfoot commended their commitment to alternative instruction, despite the fact police and firefighters continue their work without the necessary tools, and, police for example, are in the third year without an employment contract.  Though Lightfoot noted the suffering endured by artists, and ebulliently announced a fund to assist artists, she declined to underscore precisely how COVID-19 places artists at a greater risk than police or firefighters.  In another example of how the mayor has been painfully transparent in her political advocacy during the crisis, Lightfoot’s urging residents to complete the 2020 Census online while settled in place was born out of her craving for federal aid than citizens performing a civic duty.

A woman with a peculiar set of priorities, instead of demonstrating leadership in a time of crisis, Mayor Lightfoot is revealing she is more interested in playing politics, being fangirled on national television and recording public service announcements on Twitter in which she bears a closer resemblance to a dimwitted millennial spouting off on Snapchat than the elected mayor of Chicago.  Less a leader than a Progressive activist, Ms. Lightfoot has only viewed this pandemic as an opportunity to advance her parochial political objectives.

As of April 12, 67 Chicago firefighters and another 237 members of the Chicago Police Department have tested positive for COVID-19.  Since the pandemic struck Chicago, three men serving the city, Marco DiFranco, an officer attached to the narcotics division; Sergeant Cliff Martin, a Detective assigned to Area Central; and firefighter Mario Araujo, have succumbed to the virus.