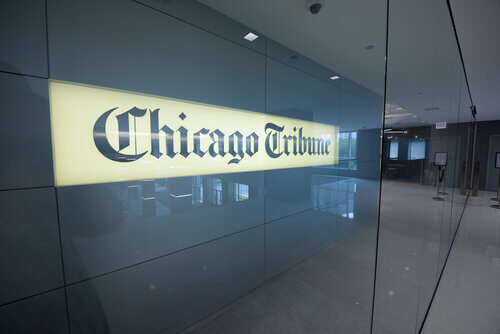 City attorneys suggest sinister moves in double murder case with Foxx’s name all over it.

A long-awaited report from the special prosecutor investigating Cook County State’s Attorney Kimberly Foxx’s handling of the Jussie Smollett case paints a portrait of a prosecutor with a casual relationship with the truth and a willingness to mislead the public about the motives and actions of her administration.

“The manner in which this case was dismissed was abnormal and unfamiliar to those who practice law in criminal courthouses across the State. Prosecutors, defense attorneys, and judges alike do not recognize the arrangement Mr. Smollett received. Even more problematic, the State’s Attorney and her representatives have fundamentally misled the public on the law and circumstances surrounding the dismissal.”

Webb stated that the potential misconduct in the case did not rise to the level of a crime.

Webb’s investigation and conclusions, then, might amount to a little more than a crucial distraction for Foxx and her media lapdogs, who have gone to great lengths to cover for the abuses of the prosecutor turned activist.

All the while the Smollett circus has been unfolding, bizarre potential “arrangements” have been suggested in the federal courts related to another deeply suspicious case handled by Foxx. This one, though, is not about a late-night foray for a bologna sandwich gone wrong in an effort to drum up racism allegations against President Trump supporters.

This is one is about one of the most gruesome and cruel murder plots ever to enter a Chicago courtroom.

Three people once confessed to the 1998 murders of Jacinta and Mariano Soto in their Bucktown apartment. Two have walked out of prison thanks to the efforts of Foxx, and now the third offender is also eyeing liberation, according to city attorneys in recently filed court motions.

Arturo DeLeon-Reyes, Gabriel Solache, and Adriana Mejia were convicted of committing the brutal and bizarre murders of the Sotos and kidnapping their two children. The murders were a culmination of a bizarre plot by Mejia to fake a pregnancy and claim the Sotos’ infant daughter Maria was her own. Together with Solache and Reyes, the three went to the Sotos’ apartment and murdered the couple. Mariano was stabbed 35 times and Jacinta 20. The three offenders then kidnapped Maria and another child, Santiago.

After the murders, Adriana Mejia claimed to her husband and family that Maria was her own child she had just given birth to. After media reports flashed the image of the kidnapped Santiago in television broadcasts, people observed that the child was in the care of Mejia. Their murder plot quickly unraveled.

The evidence obtained in the detectives’ investigation was so airtight they discovered Jacinta Soto’s blood on Mejia’s clothes and shoes. All three offenders, who were illegal aliens, would confess in detail.

“The evidence that Mejia, Solache and Reyes murdered the couple before kidnapping their baby, Maria, and toddler, Santiago, was and is overwhelming,” city attorneys wrote in a recent motion.

Even in Chicago, such an open-and-shut conviction in a brutal murder case could not be undermined. But all that changed with the election of Kimberly Foxx to the top prosecutor’s spot. Immediately after being elected, Foxx revealed just how quickly and perversely she was willing to transform her office into a powerful arm of the anti-police movement, the prosecutor’s office under Foxx becoming the third force in a tripartite collusion of activists and the media to overturn any case in an effort to vilify the police. Overturning such cases are crucial for the radical left because they bolster the anti-police narrative upon which their movement justifies itself and because the subsequent lawsuits filed by the “exonerated” offenders are a primary funding source for a movement that is now wreaking havoc throughout American cities, aimed largely at police departments.

Foxx’s radicalism was evident from day one, revealed in her willingness to undermine convictions her predecessor, Anita Alvarez, declared legitimate, particularly those involving a retired detective, Reynaldo Guevara, who had worked the Solache/Reyes case. Here the full tripartite alliance of the media, activists, and the prosecutor’s office was in full effect.

Tapping into a by now, all-too-familiar legal strategy of claiming a pattern and practice against a detective in a host of cases, in this instance Guevara, Foxx put Guevara into a perjury trap. Foxx did this by “granting” the former detective immunity in the Solache/Reyes case, the immunity forcing the retired detective to lose his Fifth Amendment right to remain silent. Compelling Guevara to testify was couched in the claim that doing so would help preserve the conviction against the two men.

“. . . Guevara’s attorney, Will Fahy, voiced strong suspicions about prosecutors’ motives, saying Guevara has reason to fear they are setting a “perjury trap”—forcing his testimony only in order to accuse him of lying on the stand, a crime that would not be covered by the grant of immunity.”

“Any inconsistencies with Guevara’s decades-old statements about the murder case could open him up to accusations of perjury, said Fahy, who noted that State’s Attorney Kim Foxx openly criticized Guevara before taking office late last year.”

“There’s something else at play here,” Fahy told the judge.

There sure was. In reality, the immunity deal was a lotto ticket for the two men because it paved the way for them to get their conviction tossed and get out of prison for the horrendous slaughter of the Sotos. Guevara took the stand and denied abusing or coercing Solache and Reyes. Judge James Obbish’s courtroom and its hallways turned into a Ringling Brothers circus with activists wearing T-shirts and carrying signs outside. Obbish tossed the case, saying that Guevara’s testimony could not be trusted.

Too bad Obbish couldn’t make his statement after Special Prosecutor Dan Webb highlighted Foxx’s suspicious “arrangements” and her apparent willingness to deceive. Adding another level of absurdity to the case, prosecutors said in the aftermath of the convictions being tossed that they, too, believed Solache and Reyes were guilty of the murders.

So many questions about Foxx’s strategy in the case went unasked by the fawning media, particularly Tribune reporter Megan Crepeau: Why, then, compel Guevara to testify? Why not re-try the case? If the prosecutors believed the men were guilty, couldn’t they convince a jury of it in a re-trial?

As it was, Solache’s and Reyes’s attorneys marched off to federal court, where they filed a lawsuit that could well make both men multimillionaires.

Mejia, after all, has maintained her guilt for decades.

According to a motion filed, city attorneys asserted:

“By far the most important eye-witness in this lawsuit, Adriana Mejia, remains incarcerated in Illinois. She pled guilty in 2001 to two counts of first-degree murder, two counts of aggravated kidnapping, and one count of home invasion in exchange for life-imprisonment without possibility of parole. She also wrote letters expressing remorse, and in 20 years, has never contested the validity of her guilty plea or challenged her sentence. The evidence against Mejia is so damning and conclusive that even Solache and Reyes do not attempt to contest her guilt.”

Even more damning, the city hired an outside law firm, Sidley Austin, to review the case.

“When Sidley interviewed Mejia on October 9, 2014, she [Mejia] freely acknowledged that she, Solache and Reyes murdered the Soto parents and kidnapped baby Maria and Santiago. She also described how Solache and Reyes tried to cover up their crimes and discussed her experiences with the police and prosecutor leading to her confession.”

Then Mejia confessed again to another prosecutor, after Solache and Reyes were released:

“After the circuit court vacated their convictions, Solache and Reyes filed petitions for COI’s [certificate of innocence]. Assistant State’s Attorney Yulia Nikolaevskaya interviewed Mejia in the presence of Assistant State’s Attorney Krista Peterson in 2018. During that interview, Mejia again confirmed her guilt as well as the participation of Solache and Reyes in the murders and kidnappings.”

One has to pause and consider the legitimacy of Solache’s and Reyes’s innocence claims in the face of so many confessions by Mejia. Guevara and other detectives framed Solache and Reyes, but not Mejia? The Foxx administration folded on the convictions against two men on this laughable legal theory?

Is there any doubt what happened next?

City attorneys recently filed motions in federal court suggesting that Adriana Mejia also wants a Get-Out-of-Jail-Free card. In recent depositions, Mejia alternately claimed the Fifth Amendment not to answer questions and then answered others that, city attorneys allege, would help her build her own legal foundation to claim her own innocence.

“Accordingly, it is eminently logical to conclude that Mejia’s eleventh-hour silence on the matter of Solache and Reyes’ guilt occurred because she has been led to believe that, notwithstanding the gravity of her crimes, she too can receive a grant of clemency in her own case if she agrees not to testify against her accomplices. Given the number of civil cases against Defendant Guevara, their publicity, and the coordination between those plaintiffs, their counsel, and others in developing claims against him, this certainly bears on her credibility in this case.”

Mejia has been led to believe that she, too, could get out of prison? Can it be true? By whom? Why?

“Indeed, counsel’s aggressive exploitation of Mejia’s use of the 5th Amendment necessarily raises related inquiries into Mejia’s communications with Solache and Reyes and their counsel and agents, her knowledge of Solache’s and Reyes’ civil cases, and what, if any, communications she has had with others involved with this case.”

What agents? What counsel? What communications? What exploitation? How, if the city attorney’s claims have merit, did Mejia suddenly come to believe she was also deserving of freedom after confessing time and time again? What has she been told? Has she been promised anything? By whom?

What makes the accusations by city attorneys in the Solache/Reyes case even more ominous is the fact that similar claims are exploding in other cases claiming police misconduct. In another murder conviction against Guevara that was tossed, this one by a man named Armando Serrano, city attorneys allege:

What agents? What documents? The city attorneys are claiming evidence was deliberately destroyed?

All these sinister developments in the cases against Guevara have been met with an absolute media lockdown, as if the entire media apparatus of the city is guided by a strict Code of Silence. In fact, it’s not just a code of silence. One of the journalists who has covered Guevara cases, including the Solache/Reyes and Serrano cases, is Tribune reporter Megan Crepeau. Recently, Crepeau signed a letter attacking Tribune columnist John Kass for his column citing Kimberly Foxx’s ties to radical philanthropist George Soros.

In the bizarre letter that has been condemned by journalists around the country, Crepeau and her fellow executive board members of the newly formed union at the Tribune called Kass’ article anti-Semitic because Soros is Jewish, though Kass made no mention of Soros’ religious affiliation in his piece.

Crepeau’s attack on Kass and her silence over the latest developments in the Solache/Rivera case and others point to a grotesque bias in the Chicago media, almost as if the Tribune is acting as Foxx’s private media guards, almost as if the media is a kind of junta protecting a crucial leftist narrative about the police, and by any means necessary.

In light of this possibility, one wonders if the Jussie Smollett case isn’t, in the end, serving Foxx and her media flunkies as much as generating opposition to her. Compare the magnitude of the Sotos’ murders with the case of Jussie Smollett. The suspicious “arrangements” special prosecutor Dan Webb cited in the Smollett case may very well pale in comparison to any possible Foxx “arrangements” in the Solache/Reyes debacle.

Remember what former Detective Ray Guevara’s attorney said about Foxx’s role in the freeing of Solache and Reyes?

“There’s something else at play here.”