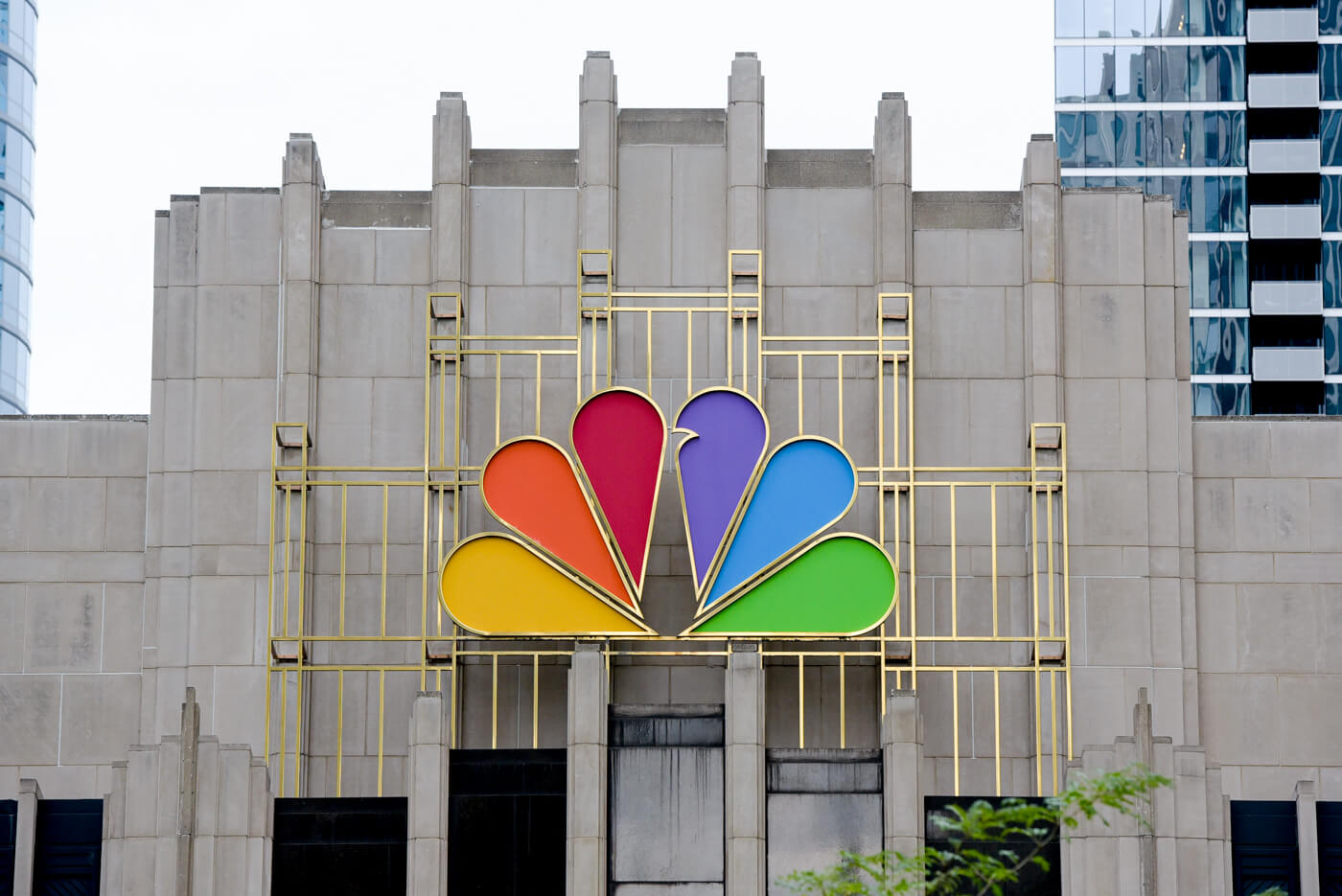 In an outpouring of hyperbolic accolades, Robert Feder announced last week that Carol Marin, a “beacon” of Chicago journalism, was retiring.

"For generations of Chicago area viewers, it may feel more like the end of an era. TV news certainly will be poorer without Marin’s authoritative presence on important stories and the dedication to excellence she personifies."

Hardly. Feder’s obsequious praise of Marin is another example of Chicago’s media wasteland, a walled-in, incestuous world in which praise emerges in bucketloads mostly from colleagues, often in striking contrast to the sentiments of those on the other side of the wall. In this disparity, the Chicago media, like Feder’s comments, reveals just how out of touch it truly is.

Marin’s exit is a momentary breath of fresh air in the otherwise putrid wasteland of Chicago journalism.

Outside the “ecosystem” of Chicago media, vastly different descriptions about Marin’s career in Chicago would be employed, and there would be a bounty of evidence to bolster these claims. Indeed, among many of the hardworking police and prosecutors in Chicago, Marin is viewed with a seething contempt.

To them, Marin’s career is a shining example of the decline in journalism, now at a crisis point not only in Chicago but throughout the country. To them, Marin’s career goes a long way in explaining why the public holds a record level of distrust toward the media and why cities are facing chronic violence from radical groups hellbent on vilifying the police. It was, after all, Marin’s era of semi-investigated, biased reporting that has paved the way for these groups to create the mythology of police corruption that now threatens the safety and security of the major urban centers like Chicago.

To chronicle the vast evidence of so many stories Marin got completely wrong might take volumes, but one case cuts through it all and reveals just what a nightmare Marin has been for Chicago. The magnitude of this case is best appreciated if one considers Marin is co-director of the Center for Journalism Integrity and Excellence at DePaul University, which she co-founded in 2016.

To understand the biting, chilling irony of Marin’s becoming a director of a journalism school at DePaul, one must go back to the seminal year of 2003 when one of the great travesties in the history of Illinois took shape. 2003 was the year George Ryan, then governor, announced he was commuting death penalty sentences to life in prison for all Illinois inmates on death row and releasing four men from prison altogether, among them a man named Madison Hobley.

Hobley had been convicted in a trial for the murder of seven people when, prosecutors said, he set his own apartment on fire in an attempt to kill his wife and child.

Hobley had initiated an affair with another woman and could not bear to think of his son being raised by another man, investigators said. The fire spread quickly, engulfing the third floor of Hobley’s South Side building, killing other residents and injuring many more, many of whom were forced to jump from their windows to avoid the flames.

Hobley confessed twice to investigators. After trial, he was sentenced to death row.

Hobley's odyssey to freedom was long and bizarre. The lead defense attorney, Andrea Lyon, who took up his case, claimed that Hobley had been coerced into confessing to the crime, was from DePaul University, the same DePaul that would ultimately hire Marin.

Despite her best efforts, Lyon had been unable to persuade any legal body of Hobley’s innocence. In one hearing after another claiming Hobley was an innocent victim, judges supported his conviction. Fortunately for Hobley and Lyon, they had a governor like Ryan and reporters like Marin.

Ryan, facing his own 21-count indictment for corruption when he was secretary of state, took up Hobley’s case and a host of other cases. In a speech at Northwestern University, Ryan commuted all death row sentences and pardoned four men, including Hobley. When Ryan did so, he cited the 1999 exoneration of Anthony Porter for a double murder as justification for his actions.

There was only one problem with the Hobley exoneration and the four other offenders Ryan let walk out of death row: No new evidence pointed to their innocence.

From the New York Times:

"Experts said it was the first time in memory that condemned men had been directly pardoned, as opposed to being released through a court proceeding, an extraordinary step Governor Ryan took because, he said, he is convinced of their innocence."

The first time a governor pardoned men from death row with no new evidence of their innocence? Here the hysterical media pressure by the likes of Marin showed just how powerfully the media could re-create the criminal justice system, pushing it out of the courtroom into the court of public opinion they were all too willing to manipulate.

“If there was no new evidence of their innocence, how then could the men be declared innocent,” no journalist, especially Carol Marin, ever asked. Instead, Marin bolstered the narrative that Hobley was innocent. In one of the most appalling chapters of the Hobley saga, Marin went so far as to interview the mentally ill sister of a detective in the case, a woman whose illness prevented her from grasping reality, then broadcast the woman’s statements in a “news” article.

Though Marin went to these lengths to point the finger at the detectives in the Hobley case, she also ignored a mass of other evidence that suggested otherwise.

The fact that Hobley made arson threats against his wife and the friend she was staying with weeks before the fatal arson, threats that were heard and documented by police officers in a report, was ignored by Marin. When a witness who saw Hobley filling the gas can right before the arson came forward and said he was offered money to change his story about Hobley, Marin said nothing. When a fellow death row inmate told federal investigators that Hobley repeatedly confessed to the crime in great detail, Marin and the media largely remained silent. When the landlady of Hobley’s mother said that she was threatened by Hobley’s family members to hide the clothes Hobley was wearing at the time of the arson, Marin had nothing to say.

So it went, Marin and the media cabal ignoring or diminishing every piece of evidence that revealed Hobley should never have been released from prison, that a governor was playing fast and loose with the entire justice system for his own political and legal gain.

How’s that for a beacon of journalism?

It gets worse: Remember how Ryan cited the Anthony Porter case as a seminal influence on him believing in wrongful convictions? Well, in 2014, after a yearlong review, the Cook County State’s Attorney undermined Porter’s exoneration by freeing from prison the man, Alstory Simon, who had taken the rap for the murders Porter was once convicted of.

When this bombshell ruling—the one Ryan used to justify letting guys like Hobley out of prison—fell apart after further review, Marin again did nothing. She did no new digging into the whole sordid era in Chicago. On the contrary, she became the co-director of an institution at DePaul called the “Center for Journalism Integrity and Excellence.”

To many of the investigators and prosecutors involved and familiar with the Hobley debacle, Marin’s coverage generates an immediate invective, as they still stand by Hobley’s conviction and assail the fact that no court proceeding ever pointed to his innocence.

Former federal agent James DeLorto, who reinvestigated the case in a futile attempt to get federal charges levied against Hobley after he was released by Ryan, is one such investigator:

“The evidence in the Hobley arson case is so overwhelming and of such specific detail and volume that no jury in any court would not have found him guilty beyond any doubt. In my eight years as supervisor of the ATF federal bomb and arson task force, there has never been a clearer case of guilt. For the federal government not to have pursued this case, in which seven African Americans were burned to death, was unconscionable and unprecedented.”

To these investigators, the Hobley case was one of the first in which media bias would grow more powerful than the justice system itself, a theme now played out in almost every city as the media hysterically and baselessly bolsters rioters in response to any police shooting, before any investigation is even initiated, and no matter how justified the shooting may actually be.

In this catastrophic state of American journalism, and in only this, Carol Marin certainly stands as a beacon.