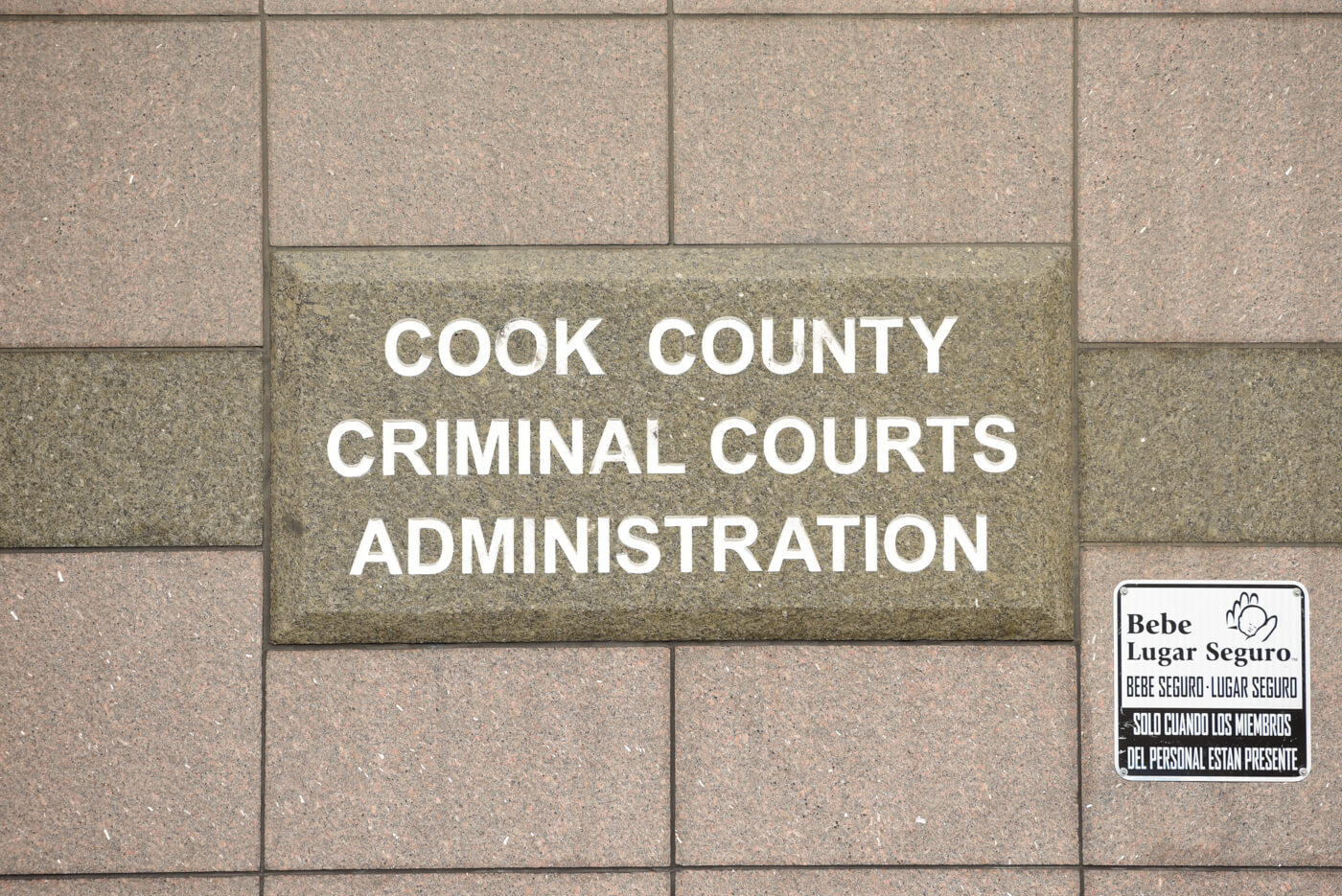 Circuit Judge Diane Gordon Cannon, one of the most courageous jurists in the city, passed away on October 31 after a long battle with cancer.

A no-nonsense judge hailing from the prosecutor’s office, Cannon established a sterling record of ruling on the law and evidence regardless of political or media pressure. Perhaps the greatest tribute to her courage and integrity was revealed that she was under fire, yet again, by the Chicago media at the time of her passing, a media that has never forgiven her for fulfilling her duties as a public servant.

In a particularly Chicago-kind of irony, an attack on Cannon is currently running in an online media outlet, Injustice Watch, founded by former Northwestern professor, Rob Warden. In the article, Injustice Watch condemns Cannon for holding a “noticeable prosecution preference:”

“Cannon has sent some 1,450 defendants to state prison for violating probation, about 35% of those who appeared before her on such violations and the most of any judge currently on the Cook County bench, an unprecedented analysis of two decades of court data by The Circuit has found.”

This is a basis for condemnation in a city facing 700 murders this year, a city that is a virtual revolving door for violent criminals? With so many judges willing to preserve Cook County as a criminal’s paradise by letting them walk free, why wouldn’t defense attorneys demand another judge? In any case, Cannon’s willingness to hold criminals accountable is just as much a sign of her character as any basis for condemnation by the media, if the media were truly independent and fair.

Strikingly absent from the wholesale attack on Judge Cannon is the relevant history between Injustice Watch’s founder, Rob Warden, and Judge Cannon. This unmentioned history is far more illuminating as to why Cannon was held in the crosshairs of the media like Injustice Watch than any of the arguments posed in the article.

In 2011, Judge Cannon was facing a controversial ruling regarding a journalism professor at Northwestern University and his students.

Cook County State’s Attorney Anita Alvarez was seeking records from Northwestern University’s Medill School of Journalism professor David Protess and his students for their efforts in claiming Anthony McKinney was innocent of the 1978 murder of a security guard in Harvey, Illinois. Protess and his students were working closely with lawyers from Northwestern, lawyers who worked within a department in the school called the Center On Wrongful Convictions, co-founded by--drum roll, please--Rob Warden, who had worked early on his career with Protess on other exonerations of convicted murderers and who had even co-written two books on the subject with Protess.

Prosecutors wanted the records from Protess and the students because they had become suspicious of the tactics and claims employed in their investigation of the McKinney case. In response, Alvarez filed the subpoena demanding a trove or records by Protess and his students, including 500 emails. A cacophony of outrage emerged against Alvarez for filing the subpoena, which was portrayed by much of the media as an attack on the rights of journalists. Nevertheless, prosecutors were alleging that the students were not engaged in journalism. On the contrary, they argued, the students were working as private investigators for McKinney’s attorneys at Northwestern.

As stated in the New York Times:

"Professional journalism groups have said the students are clearly journalists and offered support for their wish not to reveal their notes. Beth Konrad, president of the Chicago Headline Club, said the club was seeking a discussion with Ms. Alvarez, the state’s attorney."

“We want to know, what was the decision to overreach on this?" Ms. Konrad said.

"Donald M. Craven, the interim executive director of the Illinois Press Association, questioned the prosecutors’ motives. “Taken to its logical conclusion, what they’re trying to do is dismantle the project,” Mr. Craven said.

All eyes then turned to Judge Cannon. Would Cannon make the politically incorrect ruling and allow prosecutors to get ahold of the student records or would she bow to the international outrage that rose to defend Protess, Northwestern and the students?

After heated hearings and discussions with attorneys from Warden’s Center on Wrongful Convictions, Cannon made her ruling.

According to the Chicago Tribune:

“While acknowledging that student journalists would ordinarily be shielded by the state's reporter privilege law, Judge Diane Cannon ruled that the Medill School of Journalism students were "acting as investigators in a criminal proceeding" when they collaborated with law students at the university's Center on Wrongful Convictions.”

The central question of why journalism students would be working as virtual private investigators for Warden’s Center on Wrongful Convictions was never asked by the myriad journalists in Chicago who claim to be investigative reporters, but the school was eventually forced to turn over the documents.

Shortly thereafter, a scandal erupted at Northwestern. As it turned out, Alvarez’s suspicions were bona fide. After a short internal investigation, Protess was accused of lying about his work by the school itself. The school banned Protess from teaching any more classes.

Here’s what Northwestern had to say about Protess:

“In sum, Protess knowingly misrepresented the facts and his actions to the University, its attorneys and the dean of Medill on many documented occasions. He also misrepresented facts about these matters to students, alumni, the media and the public. He caused the University to take on what turned out to be an unsupportable case and unwittingly misrepresent the situation both to the Court and to the State.”

For Cannon’s role in uncovering the scandal at Northwestern, one would think she would be lionized, but not in the one-party system that governs Chicago. Since that ruling, Cannon was held in the crosshairs of the media machine that governs the city with an almost Soviet-style party propaganda.

Warden’s attacks in Injustice Watch are among the most prolific. It’s almost as if the role of Warden’s Injustice Watch is to increase the media pressure on judges, police officers, and attorneys in cases claiming men are innocent of murders due to police coercion, a role that Northwestern’s Medill School of Journalism once largely fulfilled under David Protess.

Indeed, attorneys representing the city have alleged in several key cases that defendants released from prison obtained their freedom not through evidence, but calculated, intense media attacks that compelled elected officials like Cook County State’s Attorney Kimberly Foxx and former Governor Pat Quinn to set the men free. These bombshell accusations in federal court that pressure was applied by media to free convicted killers, not surprisingly, have not found their way into any stories at Warden’s Injustice Watch. Nevertheless, one would expect journalism based on fact and fairness would at least acknowledge such accusations.

Taken with all the history and the one-sided “reporting” omitting so much relevant information, Warden’s attack on Cannon in the most recent issue of Injustice Watch reeks of little more than retribution for Cannon’s foiling the wrongful conviction party at Northwestern.

Such a conclusion is bolstered by similar attacks in Warden’s Injustice Watch against jurists.

In the last election cycle, for example, Warden’s Injustice Watch eviscerated Judges Matthew Coghlan and Cook County Circuit Judge Maura Slattery Boyle. Warden’s “reporters” cited a litany of reason why Coughlin and Boyle should not become judges, even though both were highly rated and earned the respect of their peers, ignoring the fact that both judges had ruled against wrongful conviction cases brought forth by Warden’s allies, just as Cannon had.

It worked: Coghlan was voted off the bench, sending a powerful message to other judges. Slattery-Boyle, however, fortunately survived.

In building their mythology against the judges, Injustice Watch didn’t hesitate to point out that Coughlin is currently a defendant in a federal lawsuit alleging that Coughlin and a group of detectives conspired to frame Armando Serrano for a 1993 murder when Coughlin was a prosecutor, before he became a judge. However, when the claims of misconduct were leveled against the accusers in that case, Warden and his Injustice Watch cabal went completely silent, even though the allegations were powerful. Attorneys alleged, for example, that “agents” for Serrano “deliberately destroyed and/or intentionally lost inculpatory audiotapes, memos, and notes relating to key witness interviews.”

These are menacing allegations, worthy of media coverage by any measure. The same city attorneys pointed the finger at Medill as well, again:

“In 2003, Northwestern University Medill School of Journalism professor David Protess, his journalism students, and their private investigator (collectively “Medill”) began investigating the case on behalf of Plaintiff Serrano. Medill created many videotapes, audiotapes, and memoranda of interviews of key witnesses….”

“In 2004, Medill succeeded in extracting Vicente’s recantation. But discovery has revealed that prior to recanting, Plaintiffs’ gang, the Imperial Gangsters, threatened Vicente’s life because of his testimony against Plaintiffs. Thereafter, and in consideration for his recantation, both Plaintiffs offered Vicente protection from assassination, and along with Medill, offered him other hidden incentives, including a prison transfer and a fortune (described by Plaintiff Montanez as “ching-ching”) from the proceeds of Plaintiffs’ anticipated civil lawsuits.”

Again, not a word of these ominous accusations emerging from Injustice Watch.

Taking in the full scope of history between the judges Warden and his allies in the exoneration industry, a picture of the Injustice Watch emerges as a publication acting as a kind of anti-media, one that seeks to control a narrative for a private ideology, by any means necessary, not one focused on social justice and accountability.

And Judge Diane Cannon emerges as a jurist willing to confront the machinations of the media and the threat it posed to the criminal justice system.

For this reason, Judge Cannon will be remembered as a courageous public servant by so many prosecutors, police officers, and citizens of Chicago.