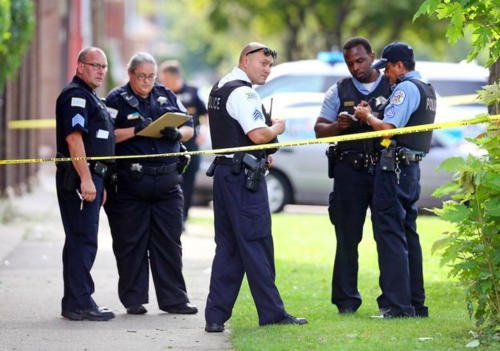 In another victory for Chicago’s criminal underclass, the Appellate Court of Illinois for the First District ruled on July 25 the Chicago Police Department (CPD) will no longer be able to make use of a proven means to remove individuals sought by police from the streets. A legal matter revolving around a 2014 case, justices on the panel determined the CPD’s practice of an “Investigative Alert” (IA) which led to the arrest violated the warrants clause in the Illinois Constitution.

At issue is the 2014 arrest of Cordell Bass, who was alleged to have sexually molested a woman while she slept in a home at which Bass was a guest. In the early morning hours of his overnight stay, Bass entered the victim’s room, performed an unwanted sexual act, and fled the scene. Following the woman contacting authorities, police interviewed the victim and the victim’s male acquaintance, both of whom confirmed Bass as the woman’s assailant in a photo array. Based on these witness statements and the photograph identification, police approved an IA with probable cause for arrest for Bass. Weeks later, police stumbled across Bass, who was an occupant of a car stopped for an apparent traffic violation. Although Bass was not observed committing a crime, a routine name check conducted by police revealed he was a person of interest in a crime and he was taken into custody; Bass later gave an inculpatory statement to police. Sentenced to eight years behind bars, Bass later filed an appeal contesting the grounds on which he was arrested, in part the IA.

Writing for the majority on July 25, Appellate Judge Michael B. Hyman ruled Bass’ arrest was achieved by police “without the one thing the framers of the Illinois Constitution thought most essential — the presentation of sworn facts to a judge.”

The IA was born out of necessity.

Under Chicago Police Department (CPD) policy, two types of IAs exists. Entered into the CPD’s Criminal History Records Information System (CHRIS) by approved personnel only, the first, an Investigative Alert with Probable Cause to Arrest, specifies an individual wanted by either the Bureau of Detectives (BOD) or Bureau of Organized Crime (BOC) in connection with a specified criminal act of which there exists a probable cause for their arrest. The second variety, an Investigative Alert with No Probable Cause to Arrest, aims only to question an individual with regard to a particular incident of which police are conducting a probe. Devised to serve as a surrogate for a writ of arrest, both forms of IAs were created to assist police in criminal probes in which police investigators had accumulated sufficient evidence to establish a reasonable basis a suspect has or may commit a crime. With the objective of safeguarding the innocent from crime’s vicious blight, a rationale for an IA must be presented and each request obliges careful vetting by a police supervisor with BOD or BOC prior to approval. Additionally, requests for IAs are known to be rejected by supervisors.

While reasons vary over why police rely on IAs over arrest warrants in the fight against crime, strong but insufficient evidence is one cause, the flywheel which drives police to submit an IA over obtaining a bench warrant is police officers’ frustration with Cook County’s Felony Review Unit. A division of the Cook County State’s Attorney’s Office Criminal Prosecutions Bureau commissioned with declining to charge or deciding appropriate charges for suspected criminals, police officers say the Felony Review Unit’s reluctance in endorsing police bids for warrants is found in the State’s Attorney’s office’s obsession with conviction rates than welcoming undeniable facts from police. A police tool which has been intensely debated in the courts, critics in legal circles and civil libertarians continue to insist the practice sidesteps established legal code. This purview among detractors, however, tends to rest with the darkest assumptions of police intent.

Now abolished, the striking down of IAs by the First District does have some rather dire consequences and has created a dangerous new reality for Chicago. A deep and extended notification device, IAs traditionally facilitated the development of a symbiotic relationship with local and federal law enforcement agencies. Once an IA is approved and enabled, it mobilizes specialized units within the CPD and apprises police departments in communities surrounding Chicago of the CPD’s desire to question an individual alleged to be involved in a serious crime. Similarly, the network built by IAs to apprehend suspected criminals embraces the Great Lakes Regional Fugitive Task Force led by the U.S. Marshals Service. Now rendered useless, the removal of IAs from the CPD’s dwindling anti-crime arsenal dismantles an invaluable association with local and regional law enforcement agencies and also demolishes an entire inventory of data complied over years in the fight against crime. Moreover, the elimination of IAs removes any incentive for flight among suspected criminals, which encourages criminal activity to blossom in Chicago over no fear of arrest and detention.

Particularly problematic for the CPD, the court’s ruling over IAs ignores the fact most crimes are solved by police not on the basis of material evidence, but rather witness or third-party statements. Now unable to learn if a suspected criminal or witness to a crime is detained, should the target of either variety of IA fall into the custody of the CPD on an unrelated charge and in a district apart from where the target of the IA is alleged to have been involved in or witnessed a crime, the CPD no longer has a means to inform colleagues in a separate district an IA target is held. In sum, interdepartmental communication will become sclerotic and investigations will be further hamstrung. Worse for police, the First District’s ruling may possibly imperil officers’ lives. Considering Bass was arrested during a routine traffic stop, and with regard to the fact there exists a disregard for police authority on the street, IAs did help prevent a confrontation with Bass. Once a name check on Bass returned an IA was issued for his questioning by police, officers on the scene were prepared for any attempted flight, confrontation or escalation as the scenario unfolded. However, because of the First District’s ruling, police officers are now deprived of critical information at a moment when vigilance is crucial when confronting a suspect with a violent past. Furthermore, outside of this erosion of what little remaining leverage police hold over suspected criminals, one must also consider the nightmare of appeals cascading from those behind bars if the First District’s ruling sustains an appeal.

A positively depressing ruling, while crime overwhelms Chicago’s streets, the courts seem happy to look the other way. When examined soberly, while the law requires more than mere assumption for a warrant, Investigative Alerts are based on facts and the desire of police to question an individual over a developing investigation. By invalidating IAs, under the First District’s logic, criminals or suspected criminals sought by police are justified in exploiting every obtainable legal device developed to hinder capture, but Chicago police are unjust in applying ingenious, legally sound mechanisms to hem in criminals.