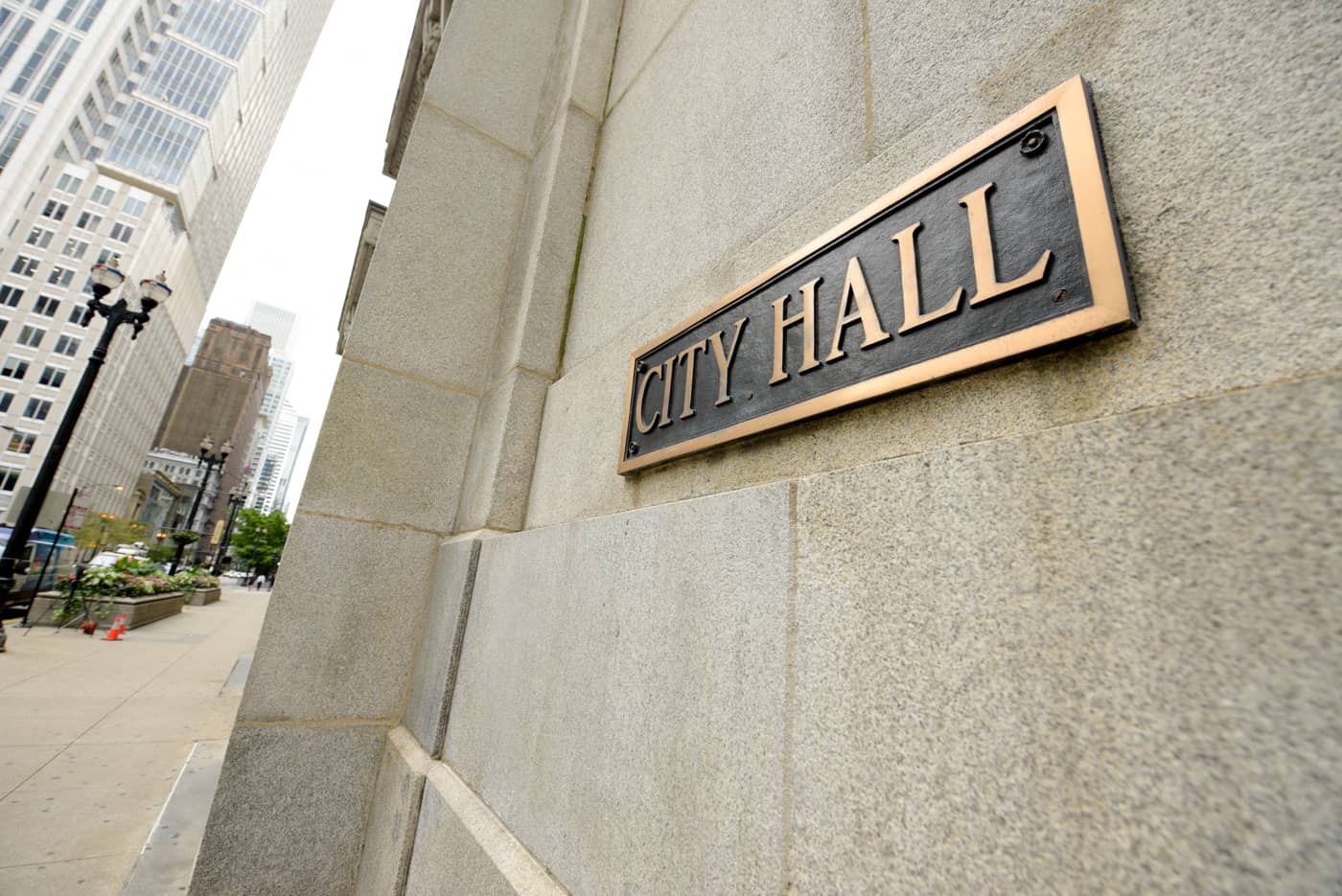 A recall election is the emergency break Chicago requires

Chicago is in the throes of a crisis. For the last three decades Democratic mayors and a City Council dominated by Democrats and now Progressives have governed the City of Chicago into disaster.

For two years now, Chicago residents have gotten a view of Lori Lightfoot’s rule and it has not been a pretty sight. Since becoming mayor in 2019, Ms. Lightfoot’s inability to act decisively or courageously has caused her to miss numerous opportunities to help residents of the City of Chicago who have looked to the mayor for leadership. Managing any of the crises aggravating Chicago will require leadership, prudence, energy, and strength of will. Lamentably, Ms. Lightfoot possesses no such qualities, and her weak leadership is creating one of the greatest catastrophes Chicago has ever seen.

A woman who has lost control over the city she was elected to govern, Ms. Lightfoot’s serial stumbles and tactical blunders amount to a shameful dereliction of duty so grievous it casts considerable doubt over her capacity to remain in office. With the conditions on Chicago’s streets likely to worsen, Chicago can no longer afford to suffer Ms. Lightfoot’s continued poor judgment. Ms. Lightfoot must be removed from office.

Though Ms. Lightfoot is only one cog in Chicago’s bungling political engine, the mayor has many responsibilities as head of city government, the most crucial of which is ensuring public safety. Like many failed mayors in Democratic-run cities across the United States, Mayor Lightfoot has been a catastrophic failure. As mayor, Lightfoot has closed her eyes to murder occurring on such a scale it all but eliminates the value of life and gangs waging a bloody and grueling war for dominion over entire neighborhoods. Though rampant criminality is creating a hellish life and threatening the livelihood of every law-abiding resident, Ms. Lightfoot continues to insist members of the Chicago Police Department are the Windy City’s major problem.

Although Ms. Lightfoot ran on a platform of fiscal sanity, she has failed to make good on her campaign promises and emerge as the historic leader who vowed to stave off a return to Chicago’s bad old days. Despite the policy in question is as daunting in its scope as reforming Chicago’s bloated budget, Ms. Lightfoot has shown no indication she recognizes the fiscal gravity confronting Chicago. A city in financial straits, instead of restoring fiscal discipline on Chicago, Ms. Lightfoot engaged in routine budget gamesmanship and produced two Potemkin budgets framed to look appealing, with both merely acting as a façade to cover the fiscal deception behind them. Worse, Ms. Lightfoot made no attempt to modestly trim either budget and rejected any effort to implement badly needed structural reforms to help Chicago avert fiscal calamity. Doubly appalling, it is expected Mayor Lightfoot’s 2022 budget will have new tax increases baked over the next 48 years.

Other troubling aspects of the mayor’s tenure in office include Ms. Lightfoot capitulating to the Chicago Teachers Union (CTU). An immoral monster which has converted Chicago’s schools into centers of moral contamination, the CTU cowed Lightfoot and claimed victory over the mayor twice in confrontations with City Hall. During a painful strike in 2019, Lightfoot handed a victory to the union by caving on virtually every demand the CTU pressed for at the negotiating table. One year later, as COVID-19 forced virtual learning, Lightfoot again genuflected to the CTU on the reopening of schools in the spring of 2021. An incompetent blunderer at building bridges with Democratic allies in Springfield, Lightfoot was powerless to block the CTU-backed effort to create an elected school board for Chicago schools. Because of Lightfoot’s inability to effectively rally support among Democratic legislators in Springfield, the CTU is poised to exercise complete control over the CPS. The CTU’s dominance over Chicago’s public schools will deprive students of a character education and enable the union to function as a dictatorship in which political insurgents posing as impartial educators do as they please in the classroom.

The Illinois General Assembly must act before it is too late

While there are limits to a mayor’s ability to influence events, and it is difficult for even a competent mayor to cope with a disordered and often uncooperative city, Ms. Lightfoot is more responsible for the failures which have fallen on Chicago than her predecessors. In each of these instances Ms. Lightfoot has made conditions in Chicago worse, and in many cases, markedly worse. The cumulative and convulsive effects of Ms. Lightfoot’s failures have been extraordinarily damaging to this city. Therefore, it is our belief Ms. Lightfoot must face a recall and be removed as mayor of the City of Chicago.

Removing the mayor presents unique challenges. Ms. Lightfoot, of course, has no intention of resigning and the City Council does not have the explicit authority to unseat her. Though the City Council is limited in its options, some possibilities do exist. Under Rule 50 of the City Council’s Rules of Order, Mayor Lightfoot could face expulsion for her behavior on the floor of the city’s legislative chamber. Rule 50 states a member can be expelled for “acting or appearing in a lewd or disgraceful manner, or who uses opprobrious, obscene or insulting language to or about any member of the Council, or who does not obey the order of the Chair.”

A most graceless and narcissistic woman, the incident in which Lightfoot and Alderwoman Jeanette Taylor (20) engaged in a fiery exchange on the legislative chamber’s floor in June after Taylor led a motion to delay Lightfoot’s motion to appoint Celia Meza as Corporation Counsel is one such episode which could be considered grounds for expulsion. Just one example of Lightfoot’s incivility and bullying, there are other examples of the mayor’s appalling behavior which could qualify for her ouster pursuant to Rule 50, but it is doubtful an alderman willing to boldly assert authority and introduce such a motion to remove the mayor exists. Furthermore, it is even less likely the motion could pass with the two-thirds vote required to banish the mayor.

While chances of Ms. Lightfoot being expelled by her peers is remote, two other alternatives exist, both of which must originate in the City Council. Under City Council rules, an elected member does have the privilege and authority to offer a motion to put Lightfoot’s future in the hands of residents by advancing non-binding referendums for voters to either cast ballots for a “no-confidence” vote or to simply remove the mayor. While it is highly unlikely either scenario will occur, each would humiliate the mayor and would deeply wound Lightfoot politically.

Since it is impossible to imagine either Mayor Lightfoot graciously tendering her resignation or her removal by the City Council, the best chance for Chicago to dislodge Lightfoot rests with the Illinois General Assembly.

Under any proposal submitted for consideration, a bill to create a recall election for Chicago mayor should require any petition filed with the Chicago Board of Election Commissioners to contain a stipulation the signatures of electors be equal in number to 15 percent of the votes cast in the most recent election for mayor and be accompanied by a minimum of 100 electors from each of Chicago’s 50 wards. A recall affidavit should furthermore require two sitting Chicago aldermen as signatories. Any legislation providing Chicago with a mayoral recall election should also provide a period not exceeding 150 days from the petition’s filing to collect signatures. Once a recall petition is endorsed by the Board of Election Commissioners, a recall election should be held no later than 100 days after its filing.

A recall election is consistent with direct democracy

Though Chicago’s problems were years in the making, it must be said Ms. Lightfoot herself has made the situation in the Windy City much worse. A self-evident fiasco, the disaster we have been forced to witness with Ms. Lightfoot as mayor is the result of poor choices, bad judgment, and mismanagement. A characteristic of leadership is the desire, ability or talent to lead and respond to a crisis or an emergency. Unfortunately, Ms. Lightfoot has been overmatched by events and overwhelmed by the responsibilities of the office since becoming mayor.

Chicago’s only hope is a member of the Illinois General Assembly armed with a strong sense of urgency will recognize residents’ despair and anguish sufficiently to introduce legislation empowering the City of Chicago with the right to remove mayors from office prior to their term expiring. If granted, we can only hope residents will realize Ms. Lightfoot is draining Chicago of its vitality and replace her with a fit leader who can confront a crisis, seeks to restore order on the streets, and raise the quality of life in Chicago.