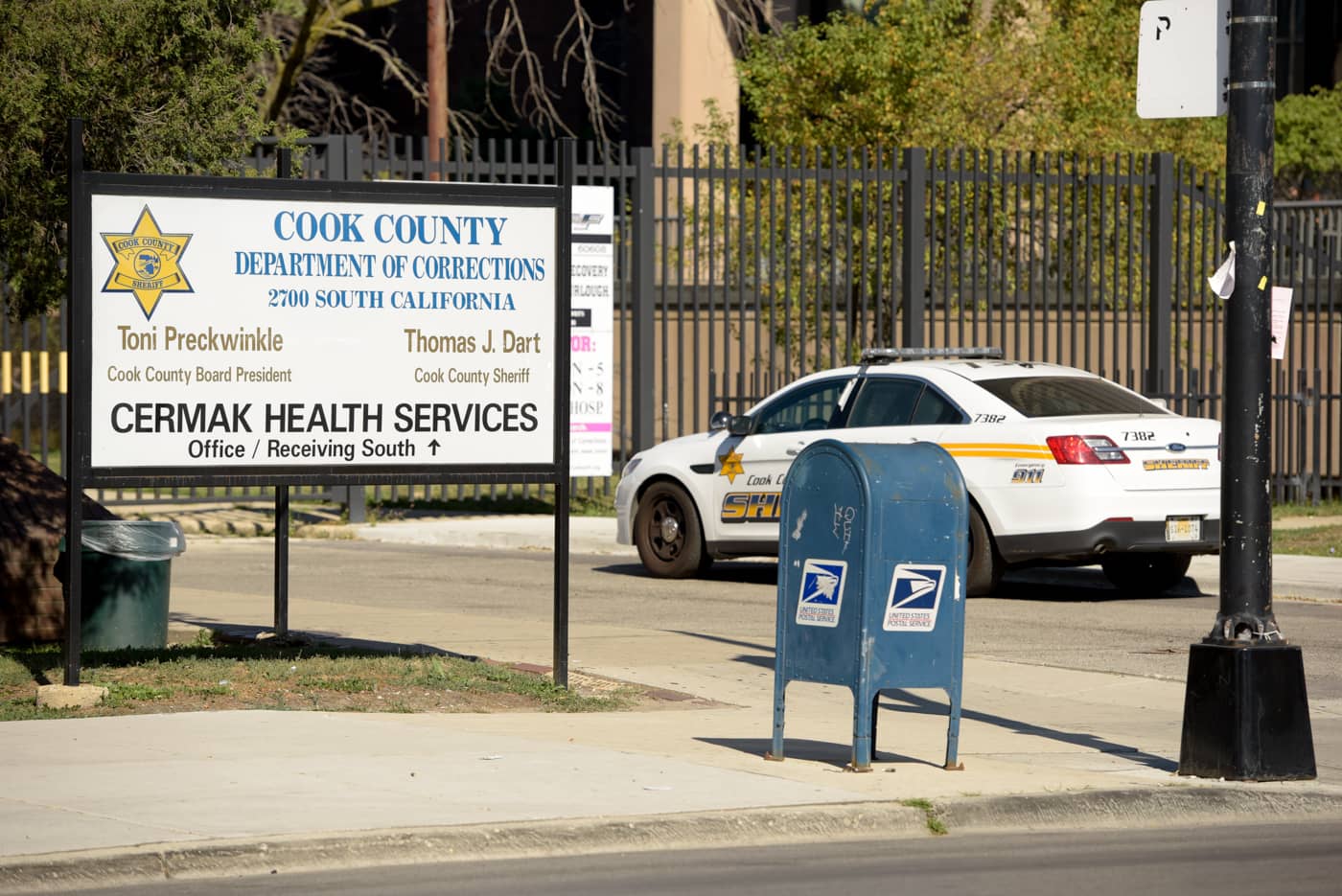 Barring a miracle, it looks as if Cook County is stuck with Tom Dart for another term

There is plenty of blame to go around for Chicago’s broadening crime problem. As Chicago closes the books on a year which saw the highest number of homicides in a quarter century, the onus of responsibility for the Windy City reaching such a low point must fall on a well-defined group of five elected or appointed leaders who have played a significant role for refusing to answer the call to arms in the fight against crime.

For one, Mayor Lori Lightfoot has engaged on crime issues in a halting and contradictory manner which favors setting a narrative over establishing a coherent anti-crime policy. Also to blame is Ms. Lightfoot’s absentee police superintendent, David Brown, whose fumbling efforts to lead the Chicago Police Department have left officers with shattered morale and suffering from disaffections.

Over at the Cook County State’s Attorney’s Office, the fires of revenge still burn under Kim Foxx. A woman who only delivers smarmy lectures but never learns from her manifold errors, Ms. Foxx compromising with all but the most violent criminals in Chicago and her release of brutish killers from behind bars is making life miserable for law-abiding residents. Though Cook County Circuit Court Chief Judge Timothy Evans is often regaled as a man of visionary leadership by allies, he, too, plays a role as his pathological fixation with bail reform has shoved Chicago deeper into a hole.

Collectively, this quartet of incompetent bumblers have renounced a social covenant to fight crime. While each of the four has made their own unique contribution to the surge in crime — none more damaging the then other — a fifth actor has subsidized crime in Chicago in his own special way: Cook County Sheriff Tom Dart.

A native of the South Side, Dart attended Mount Carmel High School and Providence College before returning home and earning a J.D. from Loyola. Dart’s ascent to lead the sheriff’s department in Chicago began with a brief turn at the Illinois State’s Attorney’s Office, before being plucked by Democratic allies to fill a vacancy in the State Senate created by Jeremiah Joyce’s resignation in 1993.

The beginning of a path he tread on his journey to become Cook County's top cop, Dart would eventually spend 12 years in the Illinois General Assembly (IGA). Enjoying a congeries of political connections, the network of allies and contacts Dart cultivated while in Springfield has provided the sheriff with some extraordinary benefits. After a failed attempt to become State Treasurer, Dart returned to Chicago with a soft landing as a top assistant to then-Sheriff Michael F. Sheahan. Dart succeeded Sheahan upon his retirement in 2006.

While Dart has established an impressive professional political background, there is a gaping hole in his résumé: Dart has never served a day as a police officer or sheriff’s deputy, a corrections officer or even a court bailiff. A man of thin accomplishments for the job of sheriff, Dart’s qualifications for his position tend to be social and political rather than possession of any practical law-enforcement experience.

Despite his mediocre qualifications, Dart has risen to become one of the highest-ranking law-enforcement officials in Cook County and is likely to hold office for the foreseeable future. Though Dart has easily swept aside primary opponents and has not faced a general election challenger for the past two election cycles, that Dart will maintain his hold on the sheriff’s office after the 2022 election is not due to a stellar record or his deft management, but by virtue of a new law written for his benefit by his chums in the IGA.

Under a new law, 55ILCS 5/3-6001.5, which went into effect the first of this year, Dart will have fewer opponents with whom he will have to contend in the March primary and the November election. While the new law does have some valid provisions for a candidacy — mainly citizenship, county residency, and an unblemished criminal record — a fourth proviso insists candidates meet a new standard, completion of the Minimum Standards Basic Law Enforcement Officers Training Course set by the Illinois Law Enforcement Training Standards Board. Unsurprisingly, Mr. Dart, as the sitting sheriff of Cook County, enjoys a special immunity to the new election precondition.

Tom Dart has rarely faced an election challenger, and the IGA is aiming to keep it that way.

Let’s specify upfront any legislative act which enhances the qualifications for law enforcement personnel is an advantage for society. For those who serve in our justice system in any capacity, it is of the greatest importance each be held to high professional standards and be subject to review. Moreover, it is also of significance law enforcement personnel satisfy the demand for further professional development.

Despite what the IGA would have us to believe, there is very little value to this law, but it does serve a purpose. Five years into the failed social experiment of criminal justice reform, the tolerance with which Cook County residents have for the high crime and repeat offenders which has been ushered in by criminal justice reform is wearing thin and a mania has settled over the political landscape as an election draws near. While Mayor Lightfoot, Judge Tim Evans, and Kim Foxx are safe from the electorate this year, Dart is not and he could be vulnerable to the rage of voters at the ballot box.

Cook County’s elections have a long, rich history of fraud, and many elections have featured a number of quirks and unusual customs. This law setting new qualifications for the Cook County Sheriff’s Office is no different in its affect. An interpretation of the law’s vague language is essential to fully understand precisely what Dart’s sidekicks in the IGA have pulled off. Cleverly written, the new statute requires candidates for sheriff be a certified police officer. Like Dart, the IGA recognizes the Cook County Corrections Department has trained and certified corrections officers who could mount a challenge to the sheriff. Designed and written to exclude as many possible election opponents to Dart, this new law immediately bars any corrections officer entertaining such a challenge and narrows the field of police officers mulling a campaign for sheriff.

It is important to note this new law cooked up by the IGA takes no account of any breadth of experience, education or certification among potential challengers for the sheriff's office. Dart, of course, is exempted by the law.

Controversy has surrounded our election system of late. While much of the disputing about elections revolves around alleged voter fraud or the charge of voter suppression, the matter of eligibility for candidates rarely arises. The IGA can dress up this new law up any way it chooses, but it isn’t about enhancing election security, addressing voter rights or qualifications for candidates. On the contrary, the new law is about offering Dart incumbency protection by disqualifying his opponents.

While the IGA can credibly claim candidates for the Cook County Sheriff’s Office are now held to a higher level of excellence, Springfield lawmakers are not merely protecting Dart, but denying voters the right to cast ballots for legitimate, qualified candidates. Even worse than the IGA’s partiality for Dart is the fact there is a danger to this law. Legislation which flouts decency and electoral tradition, the IGA’s action is fundamentally declaring political foes of a favored candidate illegitimate. This is incompatible with the basic rules of democracy and conflicts with an election requirement candidates and voters accept, however grudgingly, that of an electoral victory earned by ideological opponents.

Instead of allowing Tom Dart to be the architect of his own destiny and forcing him to answer to voters for his policy positions, the IGA would prefer to rig his election. A man who ticks all the right boxes, Dart’s policy positions are entirely in tune with the state assembly: A decarceration advocate, Dart is on board with criminal justice reform, and favors electronic monitoring. Though these policies are tattered and obvious failures, in the IGA’s eyes, social justice conquers public safety. The problem is voters have noticed criminal justice reform's flaws and they are not happy about it. The IGA’s worst fear is an election dominated by voters for whom “law and order” are not dirty words. After all, if Dart were compelled to stand alongside respectable candidates, his flaws would be exposed, so the easy way to ensure Dart’s return to office is to legislate against opponents.

In his 16 years as sheriff, Tom Dart has never lifted a finger to obtain a law enforcement certification. And with friends like his in the IGA, Dart doesn’t need one.