Does Illinois Torture Commission Signal End of the Constitution? 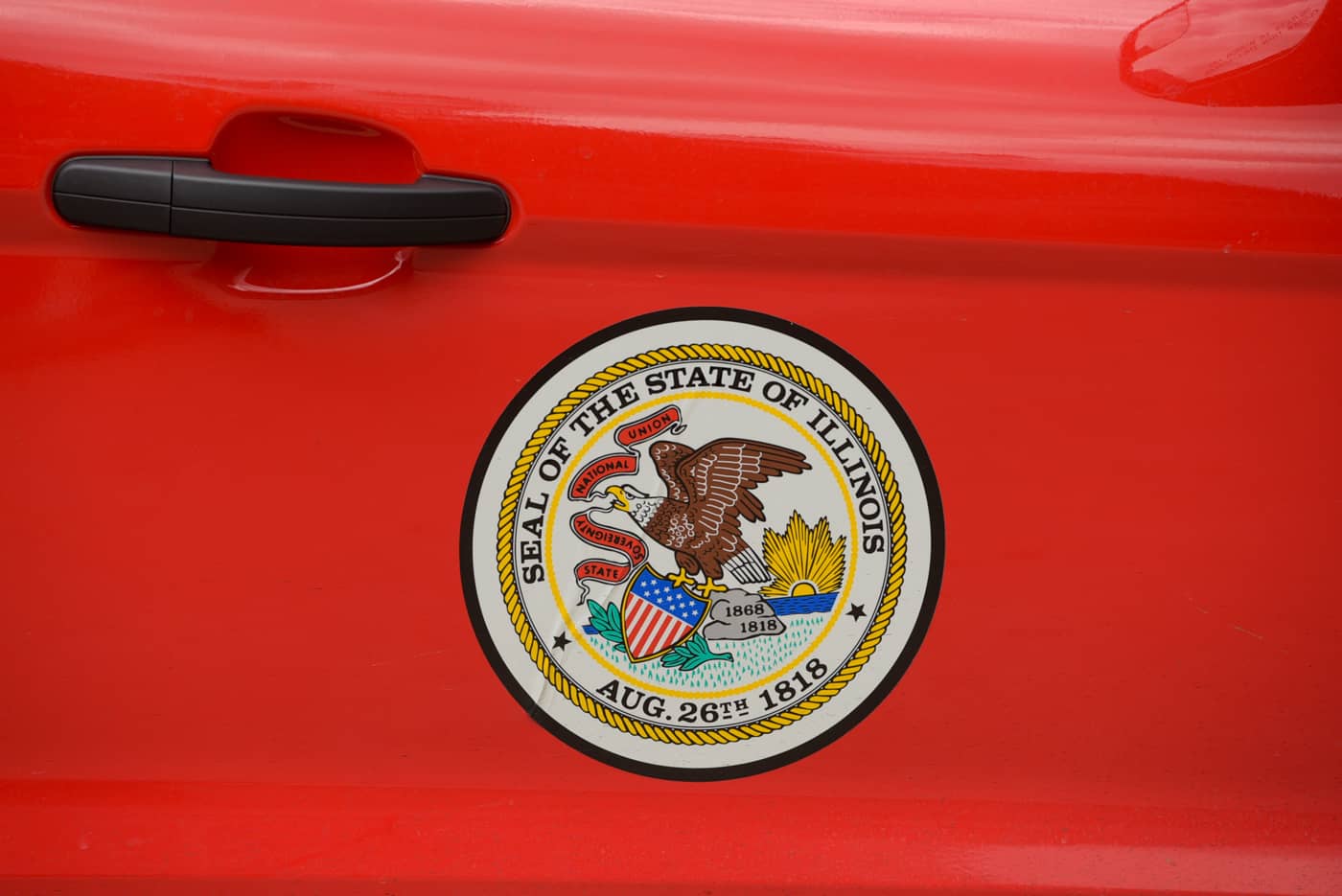 Contrary to orthodox history, the violent radicals of the 1960s never went away. They burrowed deeper into the Democratic Party in cities like Chicago‍

Will a quiet battle in the federal courts over a state commission with the power to overturn the convictions of killers and rapists signal whether the Constitution can survive in the United States?

On one level, the release of one of those once-convicted killers, Jackie Wilson, who is now suing a mass of defendants in federal court, signifies the Constitution is already long dead in Illinois.

The reason is that Wilson’s ludicrous claims of innocence in the 1982 murder of two police officers, Officers William Fahey and Richard O’Brien, never amassed a whiff off legitimacy throughout the entire judicial process. All of Wilson’s legal appeals were rejected. To achieve Wilson’s release from imprisonment, the Illinois General Assembly (IGA) created a constitutional obscenity known as TIRC, the Illinois Torture Inquiry and Relief Commission. An entity resembling a Stalinist tribunal, the legislature empowered the unelected TIRC commissioners with sweeping authority to overturn convictions and return them to the court system based on the most obviously trumped-up claims of abuse by Chicago police. A media circus on behalf of the offender is then unleashed on the city, drowning out opposition voices and putting pressure on prosecutors and judges to drop the criminal cases or not to retry them. Wilson was retried for the murders in a

However, the creation of TIRC is far more than legislative and judicial anomaly. It is the embodiment of the hopes and dreams of the revolutionaries who formed in the late 60s and in the early 70s, the same radicals who called for violent revolution and detonated explosive devices. Such power to destroy the system has been the calling card of these radical factions since their early days of rioting and lobbing bombs.

A window into the background and motives of these revolutionaries was exposed but never fully revealed until the recent ousting of San Francisco prosecutor Chesa Boudin in a recall held in June. San Franciscans, fed up with a prosecutor allied with criminals and indifferent to the law abiding, kicked Boudin out of office. One wonders after his dismal performance as a prosecutor how Boudin could ever get elected in the first place.

There were hints at who and what Boudin was really about, for his roots are the same as TIRC’s. Much media coverage focused on the fact that Boudin’s biological parents, Kathy Boudin and David Gilbert, were members of the domestic terrorist organization Weather Underground and were imprisoned for their role in an 1981 armed robbery of a Brinks armored car in which three people were killed, two of whom police officers. But there are other key events from the 1970s that paint a more accurate and chilling picture behind the ascendance of prosecutors like Boudin, and the creation of TIRC in Chicago.

San Francisco Police Sergeant Brian V. McDonnell lingered in the hospital for a few days before succumbing to his wounds. Another officer, Robert Fogarty, was left partially blinded from the attack and eight other officers suffered wounds as a result of the explosion.

A San Francisco newspaper, WND, cited San Francisco police authorities and former federal agents who believed the bombing was the work of Bill Ayers and Bernardine Dohrn, the adopted parents of Chesa Boudin. To this day, the murder remains unsolved.

"There's so much there," retired FBI Special Agent William Reagan was quoted in the article. "If you've ever been in a courtroom, you know defense attorneys can create doubt about anything. But common sense tells you something. Who else could it be?"

Days after the San Francisco bombing, a family in New York was awakened by the sound of fire bombs thrown at their home. A child in the household, John M. Murtagh, went on to become an attorney and recounted the event in an article for City Journal during Obama’s first campaign for president.

Cowering inside as their home burned, the family was afraid to leave lest they be attacked by the offenders still waiting in ambush outside, according to Murtagh.  A third bomb went off under their car. They were saved only by quick thinking of their neighbors who came to their rescue.

Why was Murtagh’s family on the receiving end of a fire bombing? Murtagh’s father was a judge overseeing the trial of 21 Black Panthers, longtime buddies of the Weather Underground, who, Murtagh contends, were the ones who set his home ablaze. The offenders left a telling message for Murtagh’s father and investigators in graffiti on the sidewalk outside the Murtagh home:

"FREE THE PANTHER 21; THE VIET CONG HAVE WON; KILL THE PIGS."‍

Five years later another bomb ripped through a famous bar and restaurant in New York’s financial district, the Fraunces Tavern. The location was symbolic, according to Joe Connor, whose father died in the blast. The Fraunces Tavern was the meeting place of Alexander Hamilton and Sons of Liberty. The perpetrators of the bombings were a notorious domestic terrorist group, Armed Forces of National Liberation (FALN), even worse than the Weather Underground, believed, according to Connor, to be responsible for more than 130bombings over a decade.

What do these three events have to do with Chicago, let alone a piece of legislation like TIRC? Well, a lot.

Both the Weather Underground members like Boudin, Gilbert, Dohrn, and Ayers, and the FALN are closely tied to Chicago law firms that were established in the wake of the 60s violence to defend the most violent groups from the decade. These law firms even represented members of the FALN after they were released from prison by President Clinton. The release of the 16 FALN terrorists, Connor alleges, was orchestrated by then U.S. Assistant District Attorney Eric Holder, who would go on to become the Attorney General under President Obama. Holder would later initiate through the DOJ an anti-police campaign throughout the country, including placing local police departments under controversial consent decrees.

Was it Holder’s obvious anti-police crusade and willingness to free offenders like the FALN that drew Holder to Obama?

The creation of TIRC is without a doubt a dream come true for these violent radicals and their legal representatives, whose six-decade campaign to vilify the police, largely through the exoneration movement incases like Jackie Wilson’s, is an obliteration of the constitution on behalf of the most extreme 60s radicals. TIRC is an end around the entire judicial process that discovers, investigates, charges, and convicts criminals, including their entire appeals process. TIRC does as much damage to the judicial and political institutions as any bomb ever hurled by the 60s radicals without anyone of their rabid organizations even facing jail time or accountability for such destruction.

TIRC is not merely the measure of progress for the once 1960s washouts. It is a measure of the indolence, corruption, and betrayal of the right, which has tossed the police and criminal justice aside in the steady ascendance of the 60s radicals to the core and then control of the Democratic party.

One fact alone proves the failure of the right to protect the country. TIRC is more than one decade old. Not once has its constitutional legitimacy been challenged, not by groups like the ACLU, not by the law firms hired by the city supposedly representing detectives accused of misconduct by offenders who earned their freedom through TIRC, not through any commissioners on TIRC itself, nor even by a law firm supposedly representing the city’s police union, FOP 7. They have all remained silent as TIRC was created, grew and steadily destroyed the criminal justice system and will likely help bankrupt the city.

Only one attorney, Ed Theobald, has walked into a federal courtroom and demanded that the legitimacy of TIRC be addressed. Theobald, representing a prosecutor accused of misconduct in the Jackie Wilson saga, sent shockwaves through the political and legal establishment when he put TIRC’s legitimacy into question.

Theobald’s challenges of TIRC and the political figures who created it and use it as a tool against the criminal justice system is based on elemental constitutional violations that should be evident even to a first-year law student.

It’s as if Theobald is asking the entire city of Chicago: Do you need a weather man to know which way the TIRC blows?