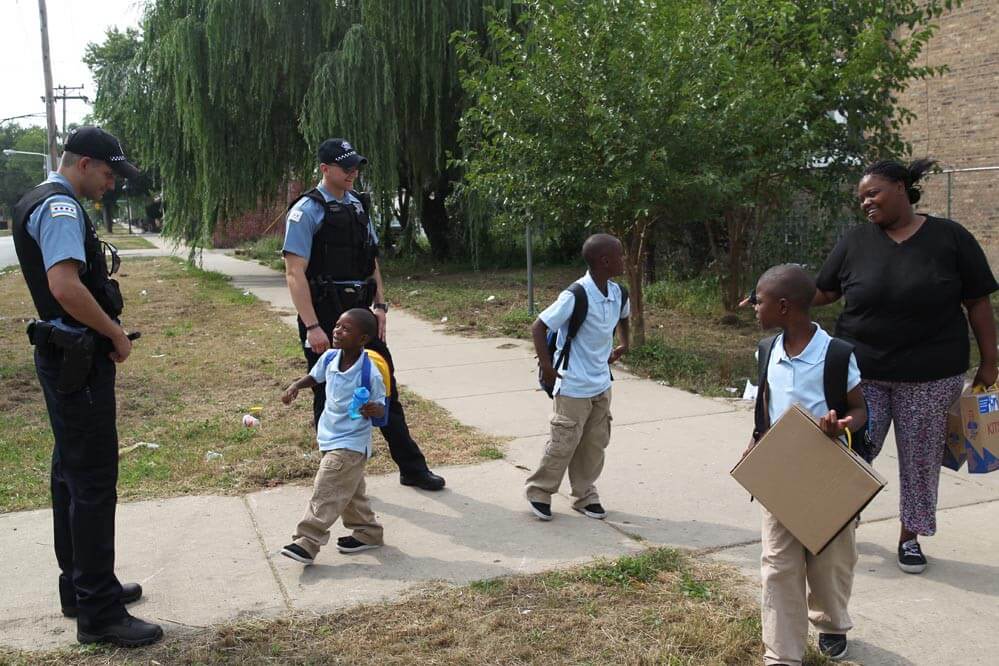 In an outright capitulation to anti-police crusaders, “Officer A” will serve as a precedent for further criminal prosecutions of Chicago police officers.

what critics of the Chicago Police Department hope will trigger an unlimited succession of triumphant prosecutions against Chicago police officers, the Independent Police Review Authority (IPRA) declared a five-year-old fatal shooting by a Chicago police officer “unprovoked and unwarranted” in a report released on Thursday August 11. Part of the IPRA’s shoddy campaign of insurgency against the Chicago Police Department, the case revolves around a November 8, 2012, incident in which a 15-year-old, Dakota Bright, was fatally shot after attempting to flee from police officers in Chicago’s crime-ridden Park Manor neighborhood. Citing alleged inconsistencies in “Officer A’s” statements, the IPRA sustained complaints against “Officer A,” ruling under applicable rules and law he “used an unreasonable and excessive amount of force” and “unacceptable and unprovoked deadly force” against Bright. Broadcast as a conscientious evaluation of a tragic event, the IPRA’s final account had two specific but undisclosed goals: First, to portray “Officer A” as pugnacious, impulsive, and engaged in a grave wrongdoing; and second, to depict Chicago police officers as armed racists terrorizing minority neighborhoods.

A purely political and ideological move, the conclusions drawn in the re-examination of this case illustrate there was virtually no tradeoff between the IPRA’s exploration and “Officer A’s” narrative. Reading more as an indictment than a formal appraisal of events, the IPRA’s final, overblown report invests more time attempting to dismantle “Officer A’s” account of the incident through defensible or imagined inconsistencies with fellow officers than directing attention to the core fact Bright was initially armed with a handgun. A graffiti version of events, the IPRA’s study fixates almost entirely on police behavior instead of emphasizing the activity of Bright, whose bearings during flight resembled an armed suspect preparing to attack a police officer. Never aiming to offer a careful or fair-minded analysis of the affair, paramount among the IPRA’s scattershot reasoning for sustaining two complaints against “Officer A” is a timeworn and unoriginal fallback argument: Officers intrigued to thwart the truth from surfacing.

“The second reason to question the reliability of the officers’ accounts is the fact that they had ample opportunity to discuss the events among themselves at the scene of the incident as well as on at least three other occasions that are documented in the record here. Even if there was no collusion regarding how the officers would ultimately describe the events in question, these multiple discussions could easily have influenced each officer’s recollection of what happened,” read the IPRA’s anemic hunch.

An utterly absurd contention, the IPRA’s position that officers capitalized on and greatly profited from a period in which they conspired to concoct a cover story completely deconstructs the IPRA’s primary thesis police statements are riddled with inconsistencies.

In unpacking this distorted garbage further, the IPRA also loses its bearings by virtue of the fact investigators probing the affair lent remarkable prestige to the statements offered by “Civilian 1.” Despite damning “Officer A” for “inconsistencies,” in “Civilian 1’s” initial statement, she admits to seeing Bright, but denied hearing a gunshot or witnessing the shooting. Moreover, “Civilian 1” also stated in her first statement she did not make a 911 call to alert police. In a second statement provided to investigators, “Civilian 1” reversed tack and said she had witnessed Bright scale a fence, had heard the gunshot, and doubled down on her claim she had not dialed 911, but had given her mobile phone to a female bystander. In a final interview with IPRA investigators, “Civilian 1” belatedly acknowledged calling 911 and witnessing the shooting. An admitted and inept fibber, by figuring “Civilian 1’s” statements so prominently in its conclusions, defining her as a “credible witness” and her prior dishonest statements as “understandable” over fear of police retaliation, the IPRA’s inquiry is betrayed as the work of an inquisition against police.

In addition to treating “Civilian 1’s” statements as an article of faith, the most obvious factor which renders the IPRA’s interpretations meaningless is the fact the final analysis essentially glosses over the recovery of a loaded .22 caliber weapon steps away from the spot in which Bright was first sighted. A critical piece of exculpatory evidence which should have effectively assured “Officer A’s” vindication, in the IPRA’s paranoid missive, the recovery of Bright’s loaded weapon does not qualify as compelling evidence and scarcely merits a minute’s attention. Disinterested in a neutral inquiry, the discovery of Bright’s handgun is an infuriating detail which demanded only perfunctory exposure.

Chicago police officers will now pay a heavy price for enforcing the law.

A deceptive message relayed by an unscrupulous messenger, the IPRA’s report on the Bright matter resolves to send an uncompromising and resonant dispatch to Chicago police officers: The use of a firearm while carrying out the functions of policing will result in criminal indictment. Manifest most acutely in the fact Bright’s recovered weapon was largely ignored and IPRA investigators naively believed the word of serial prevaricator, the hardness and the harshness of this message seeks to limit law enforcement’s rules of engagement through a powerful threat of prosecution.

If nothing else, the IPRA is not subtle: It requires particularly blurred vision to miss the fact the conclusions in this report reserve a unique revulsion for Chicago police officers. A transparently political message drafted more out of a desire to keep peace than achieve justice, this investigation takes no account for either the daily hazards police officers face or the reality police officers deal almost exclusively with probabilities, not certainties. Written to exercise an outsized influence in its desperate pursuit to catch police officers involved in an extrajudicial killing, this IPRA report intended to bar readers from experiencing even a small pang of sympathy for “Officer A,” who faced an agonizing choice and had every reason to believe Bright retained possession of his weapon during the chase. Once regarded by law enforcement to be of monumental impact, the amateur sleuths who masquerade as professional investigators over at the IPRA now consider a weapon found at a crime scene inconsequential. Worse, the IPRA’s analysis reveals itself to be a competitor to the Chicago Police Department aiming to twist a tragedy to their own foul end by placing faith in an admitted liar. A curious investigative tactic and perilous move, from this time forth bearing false witness outweighs the word of a sworn officer and a weapon recovered at a crime scene.

“Crimefightin’ Kim” is warming her hands.

Despite the IPRA lacking a reasoned case, the advancement of the Bright matter is welcome news to Cook County State’s Attorney Kim Foxx. A woman of staggering incompetence, Foxx has never concealed her disdain for Chicago police officers. A soapbox agitator who always pleases the crowd with her anti-police lyrics, Foxx will not question either the sloppy methods or highly-questionable conclusions presented to Superintendent Eddie Johnson. Anxiously awaiting this case, “Officer A” is Kim Foxx’s revenge fantasy.