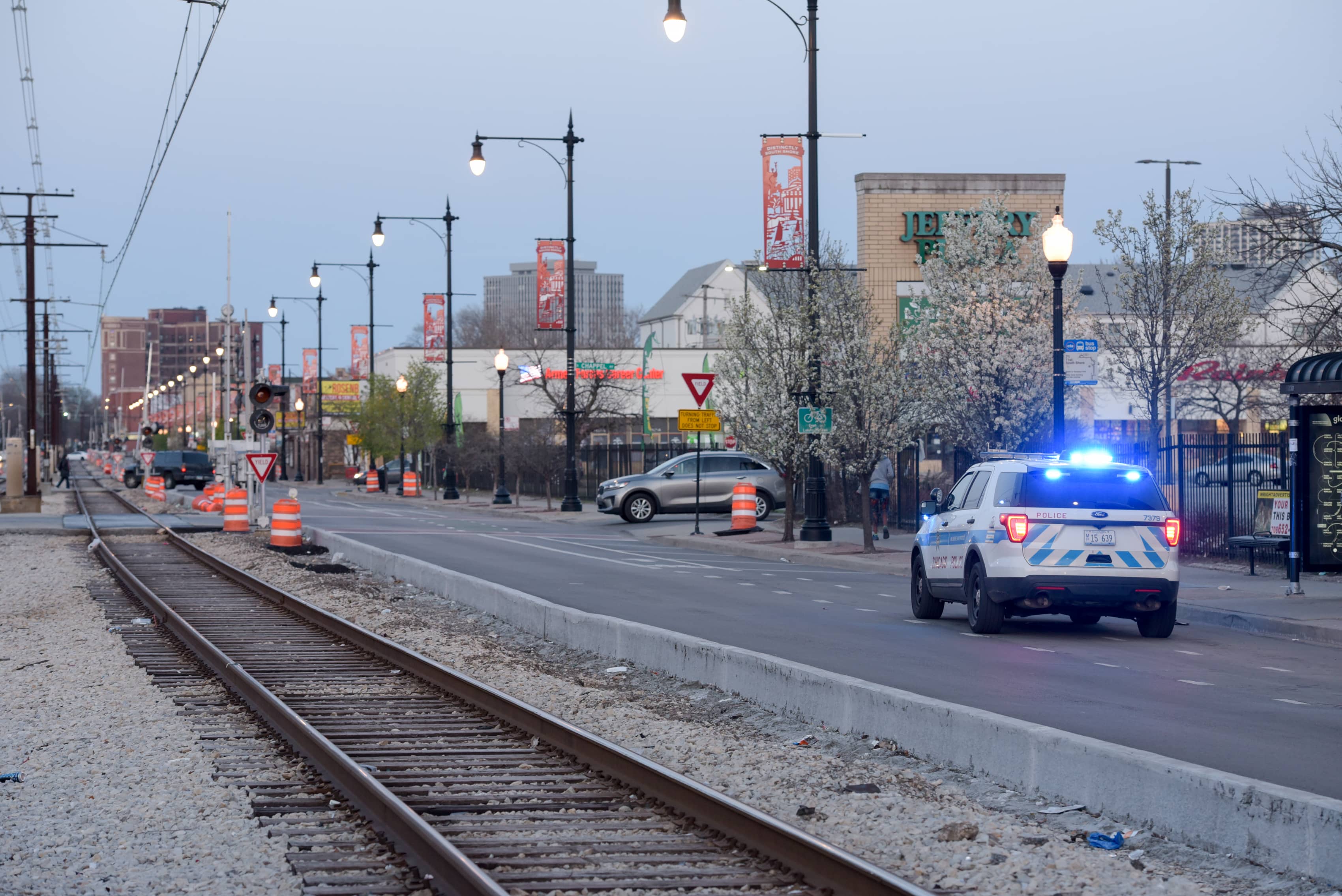 Conveniently hidden from public scrutiny by a radicalized, colluding media, a band of overpaid attorneys and bureaucrats have decimated the Chicago Police Department through federal fiat known as a consent decree.

Consent decrees were one of the primary weapons used by the Obama White House to wage war on urban police departments to shift control of police from local control to federal wokeness. The "investigations" carried out by the Department of Justice (DOJ) that paved the way for consent decrees were a harbinger to the wholesale corruption of the DOJ now revealing itself through a series of scandals. In Chicago, the failure of the consent decree is a kind of living nightmare for both its citizens and police, expressed in the grim accounts of murders, carjackings, robberies and riots as well as the tragic rise in suicides among officers.

The breakdown of law and order in Chicago was not the promise made by Independent Monitor Maggie Hickey. As monitor, Hickey’s mandate was to oversee a mass of policies and orders in the decree and implement "constitutional policing" after the Obama Justice Department claimed Chicago police were falling short of doing so and were engaged in racist policing. To the contrary, the supposed mandate has handcuffed the police, put them at risk for all kinds of arbitrary discipline, and plays a key role in increasing the stress of the job.

Since Hickey’s appointment as Independent Monitor, residents are so infused with the joys of constitutional policing ushered in by the monitoring team they are afraid to walk the streets in once vibrant neighborhoods. Moreover, conditions in high-crime neighborhoods have only worsened, and police believe they will face discipline and be scapegoated by Chicago media for performing any real police work.

Under Hickey’s tyrannical rule, a police officer’s job has become so demanding and dangerous financially, legally, and physically, it is clear that a fundamental justification of the consent decree, "officer wellness," was nothing more than a fiction to dress up the DOJ’s war on police under the guise of higher principle.

"(The consent decree) Requires the development and implementation of training and a communications program related to officer wellness as well as the development of a comprehensive suicide prevention initiative."

With the exception of Chicago’s media cult, which embraced the consent decree’s deceitful vilification of the police to maintain their own war on the police, by now it should be clear to anyone the claims about officer wellness were token. Rampant retirements, chronic backlogs, police suicides, 17 straight working days during the summer, all indicate that the most fraudulent claim in the consent decree is officer well-being. However, anyone with even fleeting knowledge of how Obama and his attorneys general remade the Justice Department into an appendage of the anti-police movement knew Hickey’s oversight of the department would come at a cost. But because these repeated warnings came from conservatives, they were ignored with an assist from Chicago’s ruling Democrat Party, progressives, and Chicago media.

From the moment the consent decree was first enforced, conservative lawmakers, journalists and public intellectuals sought to alert the general public. Responding to the consent decree looming over Chicago in 2017, Manhattan Institute essayist and policing expert Heather Mac Donald had harsh words for the Obama DOJ’s investigation justifying the decree:

"A week before Inauguration Day, President Obama’s Justice Department released a shoddy report declaring the Chicago police guilty of a pattern of unlawful force. That report lacked the most basic statistical integrity and transparency; it failed to disclose any data that justified its conclusion. The feds recycled fabricated calumnies about the department, such as the outrageous claim that officers in Chicago do not care about solving black-on-black crime. It found police racism through the usual trick of ignoring crime rates."‍

The consent decree was almost temporarily undermined with the unexpected election of President Trump, whose first attorney general, Jeff Sessions, immediately predicted the dire outcome if it were implemented:‍

"These lawsuits [that lead to the consent decrees] undermine the respect for police officers and create an impression that the entire department is not doing its work consistent with fidelity to law and fairness, and we need to be careful before we do that."‍

Sessions’ words sounded like the end of the consent decree, but Chicago mayor Rahm Emanuel and then-Illinois Attorney General Lisa Madigan, kowtowing to the increasingly extremist factions of their Democrat Party, implemented the consent decree when the Sessions declined. Sessions’ predictions about undermining respect for police now appear prophetic.

Hickey proved whose side she was on the from the outset. Riots in Grant Park in 2020 over the Christopher Columbus statue left 48 police officers injured and another 18 hospitalized. Ignoring the rights of the officers as victims of crime, Hickey said nothing as Cook County State's Attorney Kim Foxx leveled no charges for attacks on police. Later, Hickey, incredibly, announced she was working with the city’s Inspector General's office to investigate excessive force by police officers in the incident.

In the wake of several officer suicides and unrelenting hours on the job, Hickey has little or nothing to say about officer wellness. Hickey has ignored the fact that the city’s oversight agency, COPA, has proceeded with cases against officers involved in police shootings even though federal courts have ruled the shootings legitimate. Hickey has also disregarded that a primary vehicle to free convicted killers and frame police officers, the Illinois Torture Commission (TIRC), is a constitutional travesty, created by state legislators that provides unelected officials to undermine the entire judicial branch of state government. Hickey has also brushed aside mounting evidence that shows Chicago police are falsely accused by the city’s thriving exoneration industry, which returns killers and rapists to the streets and then enriches them in federal courts through civil lawsuits.

By now, Hickey’s record has clearly shown she and her entourage of so-called “constitutional policing” experts in Chicago are in effect another apparatus established to undo law and order. There is, however, a glimmer of hope on the horizon. Earlier this week, a group of Chicago aldermen, citing the working conditions of officers, particularly repeated canceled days off and the three recent police suicides, called for new measures to protect officers, including the disbandment of COPA. Concurrent with the council members’ demanding protections for police, eleven aldermen also voted against a settlement to the family of Maurice Granton Jr., a drug dealer fatally shot by police in 2018. Though the City Council capitulated and agreed to pay over $4 million to Granton’s family, the mere fact eleven aldermen opposed the settlement is an encouraging sign that the days of knee-jerk settlements to offenders who deal drugs and carry illegal guns are now facing opposition from aldermen.

Now Catanzara’s refusal to hold Hickey accountable for the crisis in police mental health and unfair working conditions is yet another grand failure on the part of the police union. It is important to note this negligence comes at a critical moment for union members, as the union election is nearing.

It should be clear to Mr. Catanzara that a stream of public criticism and demands for accountability are the most effective means to battle Hickey on behalf of union members. This is essential. It should also be obvious to the Lodge that holding public figures like Hickey to account for the consent decree’s failure will never occur from Chicago media. A legal, political, and media strategy must be initiated within the Lodge itself.

Both the safety and security of Chicago residents and the health and wellbeing of Chicago police officers is at stake. With chaos unfolding in Chicago, Megan Hickey must be stopped.