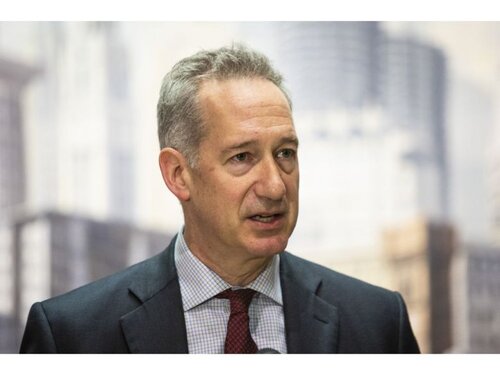 Though few outside Chicago city government are familiar with Joe Ferguson, city workers plodding within Chicago’s tangled and oppressive bureaucracy are familiar with him.  Mr. Ferguson is the Inspector General of the City of Chicago (IG).  The Windy City’s watchdog, Mr. Ferguson presides over an independent, non-partisan agency (OIG) responsible with investigating cases of misconduct, waste, fraud or abuse.  With jurisdiction over all executive branch agencies, departments, divisions, officers, boards and commissions, the IG’s functions include accepting and conducting official inquiries into alleged corruption, fraud, criminal activity, conflict of interest or abuse within the office’s dominion.  Investigations undertaken by the OIG can include criminal, civil, and administrative matters.  In addition to statutorily mandated duties, the IG also takes up additional responsibilities as delegated by either the mayor or the Chicago City Council.

Appointed in 2009 by then-mayor Richard Daley after a 15-year career with the U.S. Attorney’s office, Ferguson survived several bitter, public rows with former mayor Rahm Emanuel to be re-appointed to a second term in 2013.  Returned in 2017 to a third term amid effusive praise from Emanuel, Ferguson’s mandate was immediately broadened to cover public safety, which meant oversight of the Chicago Police Department (CPD).  An expansion of authority which consisted of the hire of a first deputy inspector general for public safety, 25 additional personnel, and a generous $1.8 million operating budget, the objective was to establish yet another subsidiary to the city’s sweeping police oversight network.

A task Ferguson took very seriously, as Emanuel cast about in search of villains to condemn following the death of an armed Laquan McDonald in 2014, in one of Ferguson’s earliest attempts to cast a blight on police, associates with his IG office interviewed three police officers swept up in the McDonald case.  A criminal probe masquerading as an administrative inquiry, when an IG inquisitor confronted former Detective David March with a line of questioning resembling an interrogation to gather and compile evidence in 2017, Fraternal Order of Police (FOP) attorney James McKay objected.  Recognizing the IG’s office was trespassing on Mr. March’s liberties, McKay pointedly reminded the IG the enquiries corresponded to violations of the law.

Confronting the IG’s strategy, in a letter demanding Mr. Ferguson recuse himself from the “administrative investigation” over his role with the Police Accountability Task Force, McKay wrote:

“These findings by the Task Force, of which you are a member, are ignorant of all of the evidence in the case and ignorant of all of the applicable Illinois law in the case. Even if you believe in good faith that the Task Force’s findings regarding the McDonald Shooting are true, it is prima facie evidence that you have pre-judged this matter pending before you. You have made up your mind without hearing from Detective David March. You are no longer, if you ever were, fair, impartial, objective and independent regarding this investigation. We respectfully request you and your office recuse yourselves from this investigation. . . . [T]here is no independent agency left that is qualified to conduct a fair and impartial investigation of the McDonald Shooting. Consequently, we ask that you dismiss or withdraw these frivolous allegations against Detective David March.”

Though the associate IG dodged McKay’s disputing the nature of the queries and offered the pathetic excuse it was an administrative action, the sole purpose of the meeting appeared to be a ploy to build a criminal case and frustrate Mr. March’s Fifth Amendment rights.  An abuse of authority, Ferguson’s inquest of March was only one chapter for a handsome, 6,000-page report he furnished to Chicago summarizing the McDonald affair.  A volume of shoddy work in which Ferguson recommended dismissal for 11 officers involved with the matter, Chicago’s IG accused over a dozen officers with destroying evidence, failing to take proper action, or entering false statements or misleading characterizations into official record.  Though Mr. March preserved the dash-cam videotape capturing the shooting incident, Ferguson pushed forward to cast virtually every officer involved with the episode guilty of misconduct or terrible crimes.  A body of work which could be accurately described as Mr. Ferguson justifying his existence, in his latest broadside against Chicago Police, a letter dated 10 June addressed to CPD General Counsel Dana O'Malley and Tyeesha Dixon, the Deputy Corporation Counsel with the City of Chicago, Mr. Ferguson has submitted a preservation order to CPD personnel for body and dash-cam video and electronic communication on both city-issued and personal devices between May 25, 2020 and June 8, 2020.  Though Ferguson’s order appears innocuous and perhaps routine, it serves a very specific purpose.

Ferguson’s preservation order is nothing more than a well-organized set up.

Though Mr. Ferguson’s correspondence is not festooned with his typical complicated jargon, its ambiguity reveals the plain fact the IG’s office is demanding police body and dash-cam video, and all electronic communication to establish the great menace of racism remains prevalent within the Chicago Police Department.  A gesture no doubt undertaken by Mr. Ferguson at the behest of Mayor Lightfoot in the wake of riots which incapacitated Chicago, this is the mayor weaponizing city bureaucracy against Chicago Police.

Although the notion the Chicago Police Department is steeped with racism has become a staple of Chicago politics over the past several years, Mr. Ferguson’s preservation order ignores several truths which exist in general society and, undoubtedly, within law enforcement.  First and foremost, the law and members of law enforcement are in league with the victims of racism rather than those who perpetuate racism. A creature of a bygone era, though racism may have infiltrated law enforcement in earlier ages, an institutional bias against all forms of bigotry has sidelined biased police.  Second, white racism is no longer an ascendant creed across America’s fruited plain.  Though racism does exist, it no longer exerts the influence over the levers of American government and civil society it once did.  Third, law enforcement, particularly urban police departments, are far better educated and better trained than at any point in history.  In the same interval in which racism has subsided, law enforcement has been characterized by a marked decrease in the number of instances of alleged corruption, brutality or legitimate racism.  When such charges are leveled, unlike occasions in the past, these charges are scrupulously investigated and officers are held to account.  A fact which reflects law enforcement’s ability to identify suitable candidates for service and consistently modify training programs and police policy to meet civic norms, among the 900 hours devoted to train CPD recruits, education in ethics and diversity are among the regimen prepared to instill a strong moral foundation in candidates.  Last, Mr. Ferguson’s obsessive search for alleged racism within the Department overlooks the fact CPD is not predominantly white.  Today, white officers represent roughly 50 percent of the Department, with black officers making up 23 percent, Hispanic officers comprising 25 percent, and Asian or other minority groups representing the remaining two percent.  Similarly, the Department is currently led by David Brown, who like his predecessor, Eddie Johnson, is black.  Moreover, a black woman, Barb West, holds one Chief Deputy post; and of the city’s 25 individual Districts, three are led by white females, two by black females, six are administered by black men, three by Hispanic men, and one is led by an Asian male.

Far from a white, male patriarchy at the controls of the Department, as alarming as the veiled grounds for the preservation order is, what is more distressing is Ms. Lightfoot’s motivation for directing Ferguson to issue it:  They mayor is searching for means to humiliate police.  A foul-mouthed, cruel, and bad-tempered woman, Ms. Lightfoot has never disguised her contempt for the Department.  Though Ms. Lightfoot demonstrated her general incompetence in the face of civil unrest, rather than publicly flay those responsible for violence and lawlessness during the George Floyd riots, the mayor reserved most of her ire for police.  In a flanking move in her war on Chicago Police, Ms. Lightfoot has seized on a handy tool, the casual charge of racism, to strike a blow at police credibility or cast doubt on the motives of officers as they carried out their duties during the riots which overwhelmed Chicago.  The consummate weapon of our age, the charge of racism gives Lightfoot an immense feeling of moral superiority and its deployment helps promote another agenda:  Screaming racism keeps the anti-police pot boiling, gives both Ms. Lightfoot and Mr. Ferguson more grist for their pile-on probes of the Department, and helps further unneeded police reform.  For the victims of the false charge, police, it is an allegation virtually impossible to disprove, only breeds cynicism between officers and minority communities, and undercuts police ability to effectively serve high-crime neighborhoods.

Mr. Ferguson can probe police communication during the 2020 riots to the full extent of his desire.  Though Ferguson and Lightfoot have designs on IG investigators exposing a gamut of bigoted remarks uttered by police in off-balance moments during the riots, the IG’s probe is far more likely to learn police expressing annoyance with Ms. Lightfoot’s haphazard planning to confront rioting and looting, officers’ frustration with attacks on the law abiding and the destruction of minority-owned property and businesses, and constant police appeals for assistance which remained unanswered.

A trick which will not succeed, for Ms. Lightfoot to order a probe into police behavior to strengthen a false narrative systemic racism is characteristic of the Chicago Police Department is a disgrace.  For Chicago’s IG, Joe Ferguson, his willingness to pursue such a snipe hunt to undermine public confidence in police is shameful and could expose him to a valid charge the IG’s office is infringing upon First and Fourth Amendment rights enjoyed by police officers.  A solution in desperate search of a problem, for Ferguson to stalk police and attempt to give life to a misleading narrative racism runs riot in the Chicago Police Department while stunning corruption and avarice prevail elsewhere in city government demonstrates Ferguson is not impartial, has no limits, and has not mastered his job.