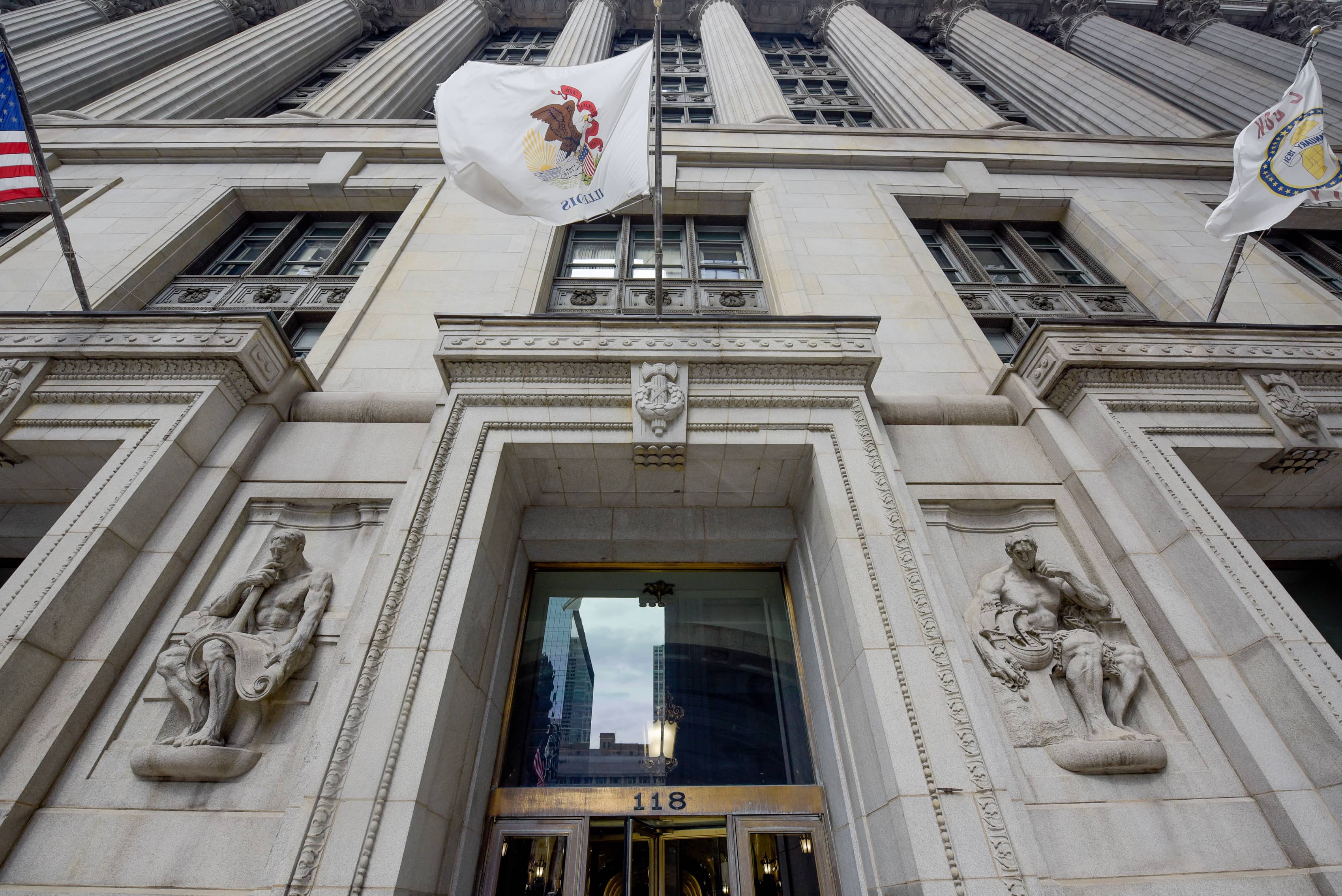 Once again, allegations raise the question: Who does Cook County State’s Attorney Kim Foxx work for?

This time, however, the allegations of misconduct do not arise from an offender falsely claiming he was attacked by racist Trump supporters, à la the Jussie Smollett case. Rather, this case surrounds one of the most infamous crimes in the state’s history, the 1982 murders of Chicago Police Officers William Fahey and Richard O’Brien.

The February 1982 murders of Fahey and O’Brien were the high point in a month in which five officers were gunned down, four fatally. In the shooting deaths of Officers O’Brien and Fahey during a traffic stop on a cold February afternoon in the Auburn Gresham neighborhood, Andrew and Jackie Wilson were ultimately convicted of the crime. Since their conviction and sentencing, both Wilsons have been transformed from vicious killers into icons of the radical left. This evolution from cold-blooded murderers to victimhood resurrection was due in part because Andrew Wilson had been physically assaulted by an officer while in custody.

Despite the fact a distraught officer inflicted bodily harm on Andrew Wilson after a fourth coworker had been gunned down, the guilt of the Wilsons for the murders of Fahey and O’Brien was never questioned by any legal body. The Wilson brothers lost every appeal and legal attempt to overturn their convictions, until the state legislature created the Illinois Torture Inquiry and Relief Commission (TIRC). A body with broad, arbitrary powers to overturn long-settled criminal cases, in one of the most disturbing and despicable actions of the exoneration industry, the commission overturned Jackie Wilson’s conviction. Afterwards, the retrial in the courtroom of notoriously anti-police Judge William Hooks was reduced to a kind of circus culminating with special prosecutors abruptly dropping charges midway through the trial.

Virtually any convicted killer from Chicago, even one who murdered a police officer, is now sitting in his cell musing about the possibility of a pathway to freedom created by TIRC, just as Wilson and a long list of others have.

Jackie Wilson, whose brother died in 2007 while in prison, has brought his innocence claims into federal court, where his lawyers have accused a long list of defendants, including former mayor Richard Daley, county prosecutors, and deceased detectives, of misconduct against Wilson. Wilson is now seeking a multimillion-dollar payday.

However, Wilson’s seemingly easy path to a settlement has encountered a series of obstacles, largely through the work of attorney Edward Theobald, who is representing one of the accused former prosecutors in the case, Lawrence Hyman. Theobald has challenged the constitutionality of TIRC, which paved the way for Wilson’s release. Theobald is also questioning why Illinois Attorney General Kwame Raoul, a sponsor of the legislation that created TIRC, intervened in Wilson’s lawsuit and claimed Hyman had no legal standing to challenge TIRC.

What problem does an attorney general have in a constitutional review of TIRC? Why would his administration seek to impede such a review? Why would Raoul, an attorney general, intervene in a federal lawsuit surrounding the murder of two police officers in a manner that would help the once-convicted offender?

Theobald cites a suspicious pattern of both Raoul claiming they have a conflict when it comes to addressing issues surrounding Wilson that might help the defense, but then intervening on his federal lawsuit when it might help Wilson. Both Raoul and Foxx, for example, claimed they also couldn’t prosecute Wilson after he was arrested several months ago for a brutal attack on a woman with whom he engaged in sex, according to Theobald (Wilson’s arrest for the attack was never covered by any Chicago media outlet).

Yet at the same time both Raoul and Foxx have claimed a conflict surrounding Wilson’s lawsuit and his arrest, they each have intervened in Wilson’s federal lawsuit. Raoul has argued Theobald’s client has no standing to question the constitutionality of TIRC. In his latest broadside against Foxx, Theobald cites the fact that Foxx asserted a conflict with her office representing accused prosecutors in Wilson’s federal lawsuit, then intervened on the lawsuit when Theobald demanded files and documents from Foxx’s office. Declaring Foxx’s actions reminiscent of her conduct in the Jussie Smollett mess, Theobald assailed Foxx in a recent motion:

Foxx’s conduct in the Wilson case is shaping up to be the crowning scandal in her tenure as the county's chief prosecutor, yet another sign that Foxx works on behalf of the exoneration industry, not the people of Cook County. An administration in shambles, top prosecutors have fled time and again and Cook County State's Attorney employees are also describing staff shortages. Foxx has been caught tossing falsehoods in cases over and over and has released convicted killers who her own prosecutors believed were guilty. Now Foxx is facing an attorney who has launched a barrage of criticism at her for withholding key files to provide a defense.

Of all the Soros-backed prosecutors across the nation, Foxx has proven to be the most catastrophic, yet the backlash against these prosecutors in other cities is far more pronounced. In San Francisco, voters threw out Soros backed prosecutor Chesa Boudin out of office.

But what is perhaps most chilling, most dangerous about her tenure is the shield of protection Foxx receives from Chicago media. Theobald’s legal broadsides against Foxx, Raoul, and the TIRC commission, along with Wilson’s arrest for an alleged brutal beating of a woman, have remain deliberately ignored by Chicago’s media, just as the media, particularly the Chicago Tribune, has remained silent about legal attacks on exoneration cases throughout the federal courts.

The Chicago media has become the “useful idiots” to the exoneration mythology and its advocates like Foxx. A collective effort, this undertaking to protect Foxx has transformed Chicago’s reporters into a collection of trained seals similar to what is found at a SeaWorld performance.

It is this breakdown of the independent press in Chicago that most spells Chicago’s doom by allowing elected officials like Kim Foxx and Kwame Raoul to “re-imagine” the criminal justice system, quickly turning into a city nightmare.