Kim Foxx is Why Chicago is Doomed 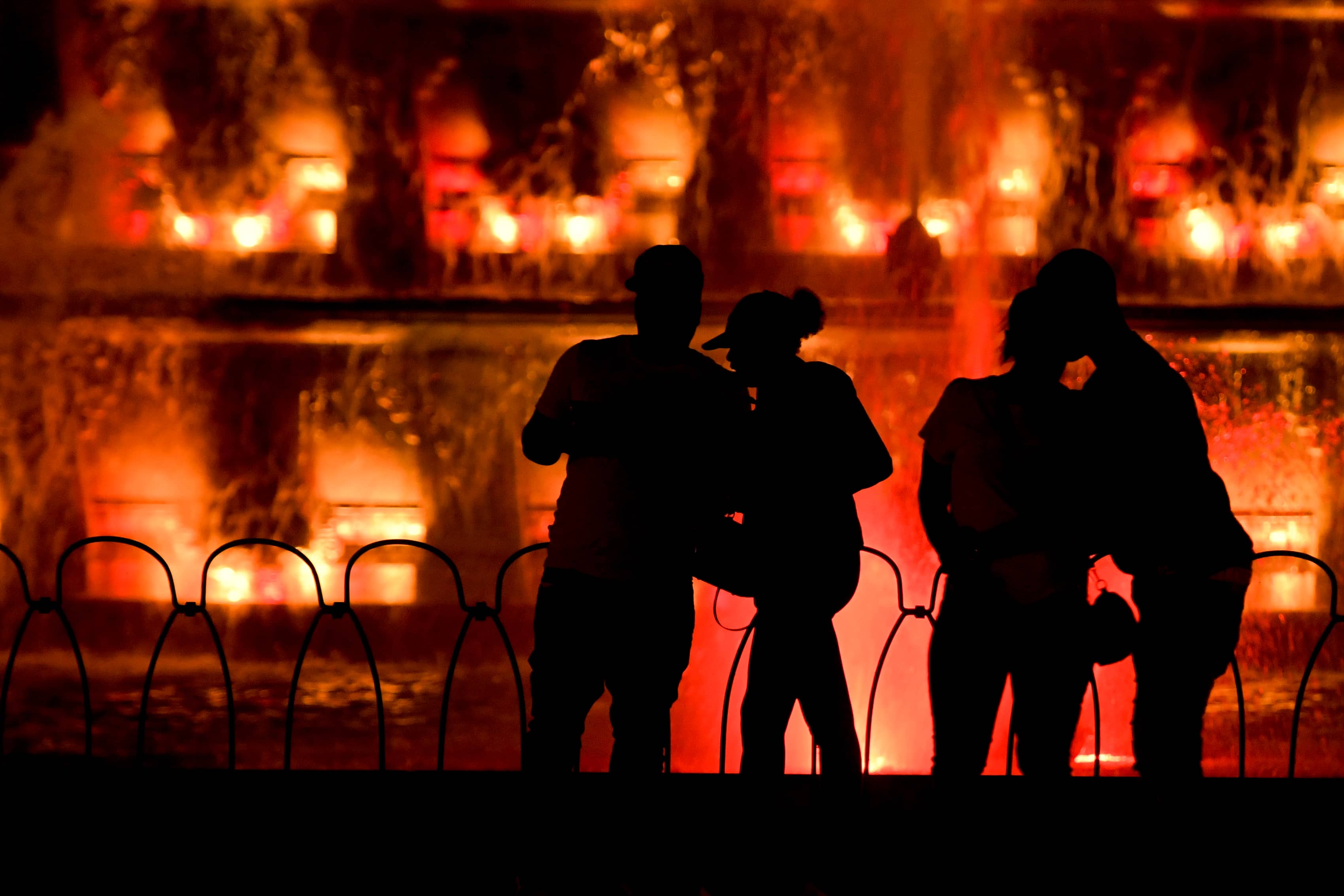 The Cook County prosecutor and the bomb throwers

Weekend violence included five shootings in the Loop and Streeterville areas, one of which included a murder in a hotel where, according to media reports, police recovered 16 shell casings. The shooting incidents come in the midst of incessant robberies and carjackings throughout the city, including the downtown area, complete with regular invasion of violent youths who rampage through the downtown leaving visitors and residents gaping at what their city has become.

A police department having trouble finding acceptable candidates to fill their ranks is having trouble manning their own districts, let alone finding officers to address the chronic melees downtown. Even when police do respond to the chaos and crime throughout the streets, they can no longer engage in foot pursuits or use force because the various bodies overseeing their actions have become agents of the anti-police movement.

All this means that the lifeblood of the city’s economy, the tradeshow and tourism industry that once filled the city’s hotels, restaurants, theaters and McCormick Place, and that grew city coffers is likely leaving the city, not to return. Downtown these days resembles a ghost town.

Even before the pandemic and the crime wave that developed under Lightfoot and Cook County’s prosecutor, Kim Foxx, city finances were unstable. Since the pair have implemented their various reforms in the name of social justice and accountability, chaos has ensued. Now, it seems unlikely the business will return. Where, then, will the city get its revenue?

Lightfoot and Foxx have stuck to their progressive guns even as these once powerful engines that generated revenue for the city contracted. Both the mayor and the Cook County prosecutor stood back and nodded in agreement as one anti-police advocate after another were placed in key positions to ensure police were properly handcuffed and falsely accused, honest police mistakes were transformed into misconduct, and errors of recollection were turned into perjury and obstruction of justice. Under Lightfoot, Chicago’s civilian oversight agency, the Civilian Office of Police Accountability, and the Police Board, for example, have evolved into hatchets wielded by the anti-police movement. Both oversight panels’ rulings have allowed potential lawsuits against police by determining legitimate police actions violated some contrived policy.

A consent decree applied by fellow progressive hacks Rahm Emanuel and Lisa Madigan, daughter of recently indicted Michael Madigan, promises to justify handcuffing the police by employing a slew of institutional and social justice gibberish that pay tens of millions to an ensemble of lawyers and “experts” charged with “monitoring” the police through the federal edict. It will be years before this consent decree sunsets and, when it ends, there is no telling what carcass of a once great city will remain.

These progressive mandates, laws, and policies aimed at the police are one reason for the city’s irreversible slide into oblivion. Another reason for Chicago’s decline is far more cryptic, but no less malevolent and corrupt; it is dutifully kept hidden by Chicago’s most corrupt institution that prevents the public from seeing the real magnitude of destruction, Chicago media.

Just last week, Kim Foxx’s office dropped a demand for an evidentiary hearing for Daniel Rodriguez, paving the way for the vacating of his 1991 conviction for murder. Rodriguez was one of a growing number of current and former inmates charged with murder who have seen their convictions tossed based on the claim that a former Chicago police detective, Reynaldo Guevara, framed them for their crimes.

The “exoneration” of Rodriguez is another crucial case in which the Chicago media can justify its existence and deny that it ceased functioning in Chicago decades ago. However, the truth of the matter is that the Guevara corruption narrative is, undoubtedly, the most shining example of Kim Foxx’s corruption and the threat she poses to the viability of Chicago. By the time Foxx and her media fawners are finished, the city will likely have paid out more than a billion dollars in settlements and legal fees in lawsuits against the city and Guevara. These payouts, along with the declining revenue from the trade and tourism industry in Chicago, are so significant that Chicago will not survive and likely go bankrupt.

Never mind that many of the claims against Guevara are laughable, that among police and prosecutors, and even city attorneys, there is a widespread doubt, even contempt at the notion Guevara framed any of the accused. One case in particular rises above all others: The “exoneration” of two men, Gabriel Solache and Arturo Reyes, for the 1998 murder of Mariano and Jacinta Soto and kidnapping of their children. A third offender in the crime, Adriana Mejia, remains in prison and has repeated time and again that Solache and Reyes joined her in committing the crime. Both men were also in the country illegally at the time.

Foxx’s office vacated the convictions of the two men and declined to retry either case, even though Foxx’s top prosecutors, including then-First Assistant State’s Attorney Eric Sussman, admitted they believed the men were culpable. Today, Solache and Reyes are in federal court, and hoping to soon become multi-millionaires through a settlement voted in the Chicago City Council. This phenomenon has been made possible in part by disreputable reporters that act as public relations for the two men and has helped create the business of enriching killers into one of the most vibrant industries in the city.

What makes the Guevara cases so emblematic of Foxx’s corruption, aside from the looming financial burden it places upon the city, is Foxx’s decision within days of entering office to reverse position on the Guevara cases from her predecessor, Anita Alvarez. Alvarez rejected calls to vacate the sentences of Solache and Reyes in large part by refusing to accept the Guevara corruption mythology posited by the media drones in Chicago. Probably never before in the history of the country has one prosecutor so completely transformed the criminal justice system from her predecessor.

Foxx reversing Alvarez’s support for the Guevara convictions breathed new life into the exoneration industry, as it was under heavy fire from other cases that had generated renewed scrutiny, particularly those arising from student investigators under former Northwestern University journalism professor David Protess.

Foxx could get away with this wholesale sell out of public office not only through the aid of media, but also the indolence, cowardice, and stupidity of other elected officials, especially the vast majority of members of the the Chicago City Council, whose membership routinely rubberstamps Guevara settlements with scarcely a review or regard for either the taxpayers or police, who have endured baseless attacks.

The same goes for the city’s police union, the Fraternal Order of Police, under current president John Cantanzara. The city revenue that would pay for FOP members pensions, increased number of police officers, and new contracts, will disappear as the city’s feckless elected bureaucrats payout in one Foxx legal sellout after another, making a mockery of Cantanzara’s slogan to his members: “Hold the Line.”

To the media outside of Chicago, Kimberly Foxx’s motives are a mystery. Even the conservative media routinely asks why a prosecutor would demonstrate a resolve to destroy her own city. How could Foxx be in such denial over the violent chaos unfolding in Chicago?

The question exposes an enduring ignorance and indolence about where Chicago and ultimately the country is heading, even among conservatives. The answer to these questions is rooted in the exoneration industry so dear to Foxx and her ideological soulmates. Foxx’s freeing violent offenders from prison and creating a pathway for them to become rich at the taxpayers expense is the long-sought fantasy of the 1960s radicals who once pathetically roamed streets in cities like Chicago wearing football helmets and tossing Molotov cocktails into buildings, ranting about Marxism and the evil of the American empire.

Foxx openly reveals her allegiance to this movement. Within a week of tossing another convicted killer back out onto the streets of Chicago, Foxx tweeted praise for the legacy of Kathy Boudin, the former Weather Underground terrorist whose group was responsible for a string of bombings throughout the country, including the possible bombing of a San Francisco police station that killed a sergeant and badly wounded other officers. Boudin spent two decades in prison for her role in a robbery in which two police officers, Waverly Brown and Edward O'Grady, were murdered. Boudin was ultimately paroled, found a career in high academia, and recently died of cancer.

Lamenting the death of a domestic terrorist, Foxx tweeted: “During her lifetime, she (Boudin) worked to offer services and support to those managing the criminal justice system, all while championing restorative justice practices.”

This is Foxx speak for saying that even though Boudin, whose biological son, Chesa, is now the top prosecutor wreaking havoc in San Francisco the way Foxx is doing in Chicago, played a key role in the murder of two police, she never stopped waging her war on the criminal justice system and should be praised for it.

The rest of the country, including many conservatives, believed Boudin and her radical brethren just faded away through the 1970s and 80s, but they are mistaken. They refashioned themselves in a much more sophisticated countenance and rhetoric. They burrowed into the country’s institutions, none more so than Chicago. Kimberly Foxx is a product of that movement, one of the crowning achievements of the refashioned violent Marxists from the 1960s.

Their primary strategy to undermine the system is no longer overt bomb throwing, but the exoneration industry. Who needs to set off bombs when the radicals are on the inside, when they can secure the release of the convicted killers, then make get rich in the barely functioning city and federal courts of an imploding city and nation?