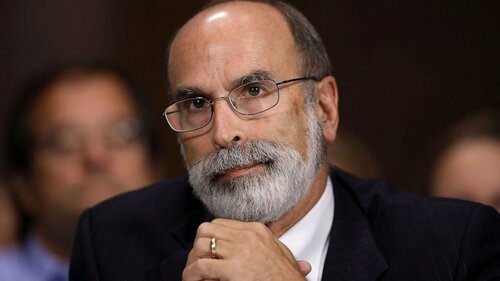 Carpetbagging attorney has rich history with police oversight and other hoaxes.

Following the death of Freddie Gray in police custody in April of 2015, far-Left prosecutor Marilyn Mosby pandered to her anti-police base by charging six Baltimore Police Officers with various unsupported criminal offenses.  While all six officers were eventually cleared of every charge, the Charm City’s police department got the message that Mosby intended to put politics over her duty to follow the law and began to police accordingly.  Baltimore ended the month with 43 homicides.  Already the deadliest month in four decades, when advances in medicine and Baltimore's tremendous population loss over the years are factored in, it was likely the deadliest month Baltimore had ever experienced, and the worst was yet to come.  The same month, the Department of Justice (DOJ) launched an investigation into the Baltimore Police Department, culminating in a consent decree signed on January 12, 2017 – a mere eight days prior to President Trump's inauguration.  The Consent Decree sought to overhaul, restrict and monitor the actions of police officers, but failed to take into consideration its impact on the law-abiding residents of the city.  There were 342 homicide victims in the record-setting violence of 2015.  In post-consent decree Baltimore, 348 murders were recorded in 2019, an all-time per-capita record.  There were just 211 murders in 2014, the year before Left-leaning efforts to "reform" the police department began.  2014 was the last year there were fewer than 300 homicides recorded in Baltimore.  Unfortunately for the deceased and their loved ones, Mosby and the DOJ's priorities were misplaced.  Someone benefits from consent decrees, but it doesn't appear to be the general public.

Although the shooting death of Laquan McDonald at the hands of a former Chicago police officer preceded Gray's by half a year, the matter failed to make national headlines until November, 2015 due to the efforts of Rahm Emanuel’s City Hall to withhold the police dash-cam video of the incident.  Right on cue, the DOJ announced an investigation into the Chicago Police Department two weeks later.  Likely surprised by Donald Trump's victory over former Secretary of State (and overwhelming media favorite to win the presidency) Hillary Clinton, a final DOJ report was published a mere week before the President's inauguration.  Heavy on discredited "disparate impact" analysis but devoid of compelling evidence of a pattern or practice of Constitutional abuses, the Trump Justice Department declined to take the report further.  Prior to departing his post, former Attorney General Jeff Sessions laid out a careful test for future consent decrees by requiring them to have a positive effect on the communities where they are implemented.  Isn't a consent decree that spends tens of millions in precious resources but fails to consider the safety and security of residents a hoax?  The Baltimore consent decree likely would not have passed Session's test.

In a one-of-a-kind political move, Chicago’s then-mayor, Rahm Emanuel, refused to take no for an answer, and embarked on implementing a consent decree with then-Illinois Attorney General (and daughter of the most powerful Illinois state politician), Lisa Madigan.  While federal law only grants the Attorney General of the United States the authority to enter into such an agreement, without any objection from Emanuel in court, the process moved forward.  The result was Emanuel publicly claiming a victory in the name of “much-needed” police reform to distract the public from his role in covering up the McDonald video.  Signed in January of 2019 with implementation over several years, Chicago’s consent decree is the most far-reaching agreement requiring federal oversight of any police department in the nation.

A question should arise for the Left:  If the general public doesn’t benefit from a consent decree, who does?  Widespread media coverage showed various politically connected law firms earning millions of dollars from Chicago, but one familiar name stuck out: Michael Bromwich.  A well-heeled Washington, D.C., lawyer, Bromwich’s firm was reportedly paid over two-million dollars during the DOJ investigation and in the period prior to the submission of the decree’s final text.  Chicago, a city which employs hundreds of its own lawyers, paid millions of dollars to a D.C. law firm only to agree to a novel consent decree brought by the state attorney general?  Well, it seems Mr. Bromwich has all the connections for this kind of deal.

Like her counterpart in Baltimore, Kim Foxx was the Left's choice to bring "social justice" to the Windy City following the death of Laquan McDonald.  Hardly an accomplished lawyer, Foxx had a lackluster career as an assistant state's attorney in Family Court before she latched on to Cook County Board President Toni Preckwinkle's political machine.  Foxx was swept into office with Preckwinkle's support and immediately began declining to charge certain crimes, refused to challenge certificates of innocence for released killers, and dismissed the opportunity to demand bond court judges to temporarily hold gun-toting gang members for criminal offenses.  A city struggling to bring violent crime levels down has been hampered by a prosecutor who appears to think that if she simply doesn't prosecute crime, criminal offenders will change their ways all on their own.  Her refusal to hold criminals accountable in the name of "social justice" prohibits the victims of crime from ever achieving actual justice, and combined with a mammoth consent decree has the potential to lead Chicago further down the path toward Baltimore.

Following claims by actor Jussie Smollett that he was attacked in Chicago, Democrat activists and the Hollywood elite rushed to his side.  An incident tailor made for the anti-Trump crowd, the story had every Republican stereotype combined:  Two white men, wearing Make America Great Again hats accosted the actor after recognizing him from the show Empire.  According to Smollett’s tall tale, his “attackers” hurled homophobic and racial slurs, doused him with bleach, beat him, and placed a noose around his neck.  Smollett alleged this happened while on a sidewalk in downtown Chicago at 2:30 am in the midst of record-cold temperatures.  While activists and Hollywood actors were possibly the only ones who bought the story, Chicago Police detectives pursued the case and managed to uncover the truth, which of course was exposed as an elaborate criminal hoax.

In the midst of the investigation, Kim Foxx was contacted by former Michelle Obama aide Tina Tchen, who brokered communication between Smollett's family and Foxx regarding the investigation.  This communication caused Foxx to eventually recuse herself.  It appears that Foxx then directed an apparently air-tight criminal case to be dropped against the actor, subsequently claiming she didn't intend the legal definition of recusal when she used the word.  Smollett was then free to give a press conference where he repeated his claims that he was the actual victim of a crime. Lackluster lawyer or not, Foxx's conduct is clearly unethical and probably criminal.  A special prosecutor has been appointed to investigate the scandal and Foxx recently assembled a team of attorneys to represent her.

Apparently caught red-handed attempting to cover up one of the most outrageous media and political hoaxes in recent memory, what Foxx required is someone with the legal skill to manage her damage-control operations, and someone with the right Left-wing credentials.  Enter Michael Bromwich.

Post-Chicago Police consent decree, Bromwich's next high-profile gig was representing Christine Blasey-Ford at her Senate testimony claiming she was the victim of a sex crime committed by Supreme Court nominee, and now Justice, Brett Kavanaugh.  Watching testimony of a woman who was 100-percent certain she was the victim of an assault by Kavanaugh, but unsure of where the incident took place, what the location looked like, or even the year when the assault took place (thus removing any chance of disproving her claim) seems similar in reliability to the claims made by Smollett.  Blasey-Ford’s attempts to explain her claims regarding her fear of flying and replacing doors on her house made about as much sense as two MAGA-hat wearing, racist, homophobic Empire fans prowling River North at 2 a.m. in the middle of a polar vortex.  Watching Bromwich whisper into Blasey-Ford's ear during her Senate testimony might lead you to guess at what a lawyer of his character would say in such an absurd situation, and what he'll say to Kim Foxx.  "Just go with it?"

More recently, Bromwich has been hired to represent disgraced former Deputy FBI Director Andrew McCabe, who was dismissed for improper media disclosures.  McCabe's role in the Russia-collusion hoax is unfolding, but it appears to be central to one of the most damaging and divisive political deceptions in our country's history.  Bromwich may have been recommended to McCabe by Monica McClean, Christine Blasey-Ford's lifelong friend, who worked with Andrew McCabe and was alleged to have coached her on passing a lie-detector test.  A Go Fund Me account set up by McCabe to pay his legal bills raised over half a million dollars prior to being taken down.

Now at the top of Kim Foxx’s defense team shielding Cook County’s prosecutor from the consequences of her actions in the Smollett scandal, should these gigs defending what could be the biggest hoaxes of the 2010s not pay quite enough for Bromwich – there's no reason for him to worry.  Even as Baltimore continues to set new records for homicides, and a viral video of a sergeant being attacked by a crowd while wrestling with a man who spit in his face brings attention to lawlessness there, it’s still full-steam ahead with the consent decree.  And late to the Baltimore Police oversight game but finally on-board, Bromwich was recently appointed with "no limitations" or "time constraints" by Baltimore city officials to assist with oversight of Baltimore police.  In lawyer speak, that means “blank check.”  Just don’t expect the people of Baltimore to get their money’s worth.