Joe Ferguson and David Brown: Leading From the Panic Room 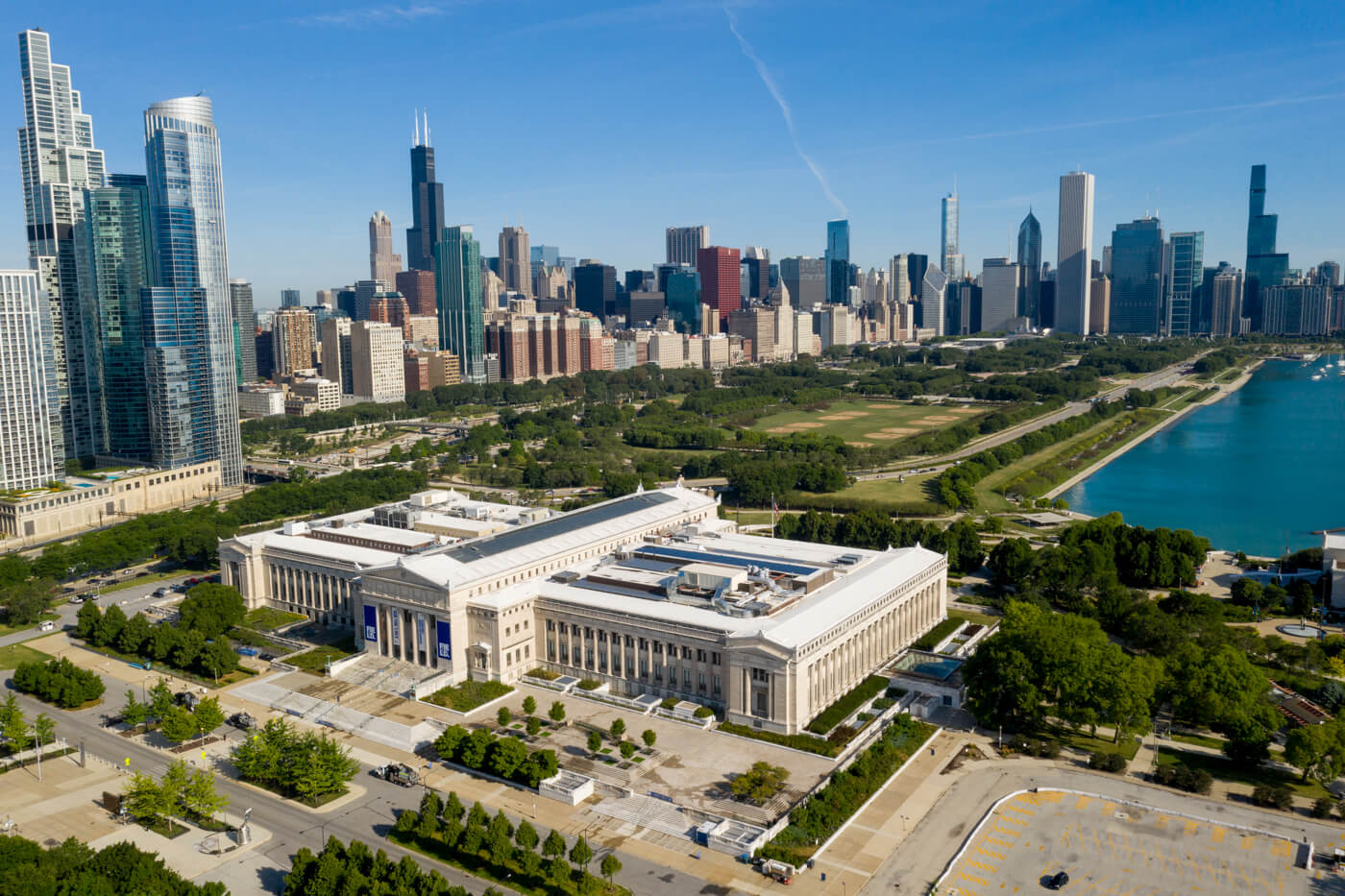 In times of crisis, leaders are faced with the reality that no matter how shiny their shoes, how starched their collar or how many medals are pinned to their shirt, a time will come when they succeed or fail on their merits for everyone to see.

Numerous excuses have been floated for Chicago Police Superintendent David Brown’s failure to effectively lead the Chicago Police Department (CPD) during the wave of rioting and looting that devastated the Windy City between the end of May and early August 2020. For police officers serving on the front line, these excuses are meaningless. Generals who suffer a great defeat in battle are not easily forgiven by their troops for fatal tactical and logistical mistakes because “they were new.” David Brown owns every bit of the confusion, chaos and failure that both residents and police suffered in CPD’s fumbled response to the summer turmoil. Chicago Police superintendents are not paid over a quarter-million dollars a year to be a smiling face only during the great moments. Police superintendents are paid to be a leader, particularly in times of crisis. Whether it is a superintendent’s fifth day on the job, or they are in their fifth year, a police superintendent is expected to rally the troops on the front line, quickly put efficient processes into place, and identify and correct problems in real time. In what was the most difficult and depressing time for most Chicago officers’ careers, the Superintendent should not be remembered for standing next to Bobby Rush and complaining about exhausted, beaten down officers eating popcorn.  And yet he is.

Absent a few bright leaders who emerged during unrest — out of sheer necessity — there are many others who share the blame for last summer’s fiasco. Promoting a command staff based on clout and optics over expertise and effectiveness has obvious dangers. Front-line officers, Chicago residents, and businesses all felt the impact.

Rumors drifting through the corridors at City Hall are that Mayor Lightfoot is fully aware of Brown’s incompetence, and that she soon intends to show him the door. However, whispers say she intends to wait for a spike in summer violence to conclude before removing the superintendent. The theory is that by allowing Brown to remain through what is expected to be a violent summer marked by record number of homicides and shootings, his firing will provide the mayor with the political cover to deflect blame from herself. This ploy is doomed to fail. Most observers of the CPD agree the best hope for Lightfoot is to dismantle the failed programs Brown has enacted which redistribute neighborhood officers to ad-hoc, whack-a-mole teams immediately. His “Community Safety Team,” “Carjacking Task Force,” and “Community Response Team” etc. provide a glimpse into his crime strategy: There is none.

Tasked with fighting corruption, Inspector General Joe Ferguson should have his hands full in a city like Chicago. For those able to recall, at the end of 2016, Ferguson was clamoring to inherit the power of the ousted one-term Legislative Inspector General. Left in limbo, the outgoing Legislative Inspector General Faisal Khan transferred all his files to the FBI rather than chance his investigations falling into the wrong hands in Chicago’s corrupt bureaucratic machinery. One of Khan’s fiercest critics, Proco “Joe” Moreno, was ousted from office and subsequently arrested for allegedly committing insurance fraud and obstructing justice. Moreno was later charged with driving under the influence. Willie Cochran, elected to the City Council following the arrest and subsequent conviction of former alderman Arenda Troutman, was himself sentenced to a year in prison for stealing charitable funds meant for the poor. Most recently, Alderman Ed Burke was indicted for extortion after former alderman Danny Solis, under FBI investigation himself, wore a wire recording conversations with the 14th Ward alderman. One might ask what all these examples of corruption among Chicago’s elected officials has to do with current Inspector General Joe Ferguson. The answer, of course, is absolutely nothing.

For all his desire to take over the reigns investigating corruption at the heart of Chicago's government, it looks like the corruption in the City Council or at City Hall has either vanished or Ferguson’s preoccupation with relentless attacks on Chicago Police officers has made him too busy to care.

Ferguson’s 152-page report eviscerating the CPD’s response to the riots is at times snarky, insulting and unprofessional. For practical purposes, all you really need to know is that Ferguson's report dedicates three full pages to the issue of officers obscuring their identification tags, but fails to mention Antifa even once. Giving only lip service to officers’ well-founded fears of having their homes attacked and families threatened while on endless mandatory twelve-hour-plus shifts, or their private information doxed, Ferguson either clearly does not understand what officers were facing or is altogether unconcerned. Likewise, Ferguson does not offer an opinion on how best to accurately document every use of force by or against a police officer in a riot situation but nevertheless indicates not doing so is a “failure” on the part of police. Ferguson’s previous CPD investigations demonstrate a chronic misunderstanding of police policy and procedure but this report on Chicago’s response to the wave of summer rioting takes the cake. Imagine officers in the midst of a riot sustaining physical attacks with projectiles hurled at them, while windows were smashed, cars were destroyed, buildings and vehicles were set ablaze, and occasional gunfire directed at them. Now picture Joe Ferguson in the comfort of his office, sitting behind his desk, peacefully typing away at a computer keyboard demanding that police officers in these dire situations document every attack they sustained, and every push, shove or takedown they performed. Ask an officer who pushed fifty looters out of a store because there was insufficient manpower to arrest petty thieves why he did not complete fifty Use-of-Force reports. They will fall down on the ground with laughter.

It is understandable how the Inspector General’s method of “investigation” reached these conclusions. If you were on Michigan Avenue during a riot, and saw officers outnumbered and in constant clashes with groups trying to destroy Chicago, you might gain some understanding of what the police can and cannot do. Yet Joe Ferguson, in his usual sloppy way, dedicates two pages to how terrible it is that a police officer may have pushed a bicycle over onto the pavement. Ridiculously, Ferguson’s report draws heavily on media sources as part of its “investigation,” and relies as heavily on “hearings,” “interviews,” and “testimonials,” to “understand the experiences of community members who participated in the events following the death of George Floyd.”  Why? Because Joe Ferguson was not on the scene of the pandemonium.

If Joe Ferguson wanted to investigate the riots, he was welcome to so. The Inspector General has broad authority to go into the field and make direct observations. Even if Ferguson was unable to venture out with a team of officials from his office to personally witness what transpired on the first night of looting and rioting, why not the second, the third or even the seventh?  Regarding the instances that followed the May-June unrest, specifically the attempt by vandals to topple the Columbus Statue in Grant Park on July 17th or the tumult of August 9-10 on the Magnificent Mile, did Joe Ferguson stop by to investigate how the police were conducting business or witness the forces of malevolence police were forced to face? The answer is obvious: Not on your life. The wave of rioting and looting in the summer of 2020 was far too dangerous for Ferguson to appear on the scene.

Like Superintendent David Brown, Joe Ferguson does not have the experience or the moral authority to render the judgements made in the OIG’s report. Neither man was in the area around Bobby Rush’s office or on Michigan Avenue for alleged bike tipping. Ferguson and Brown were not on the front lines fighting to save Chicago from widespread violence because the ferocity of the unrest that engulfed Chicago made conditions on the city’s streets frightfully menacing. If either Ferguson or Brown had bothered to leave their safe spaces and behold the upheaval, it would have been a momentous wake-up call for both men. Few officers who were forced to urinate in alleys and eat granola bars for breakfast, lunch and dinner saw David Brown on the front lines. Judging by Joe Ferguson’s“ investigation” it is doubtful any officials with the Inspector General’s office deigned to appear on the scene either.

Mayor Lightfoot and Joe Ferguson have both acknowledged a friendship. It is time to put friendship aside and deliver the message that Chicago deserves an inspector general with more to offer than his usual headline-grabbing anti-police drivel. As for Superintendent David Brown, instead of Lightfoot waving the white flag and accepting summer violence, the time has arrived for the mayor to dismiss Brown and seek out a replacement who will earn their wages in the next crisis. The next crisis, needless to say, could arrive in Chicago very soon.