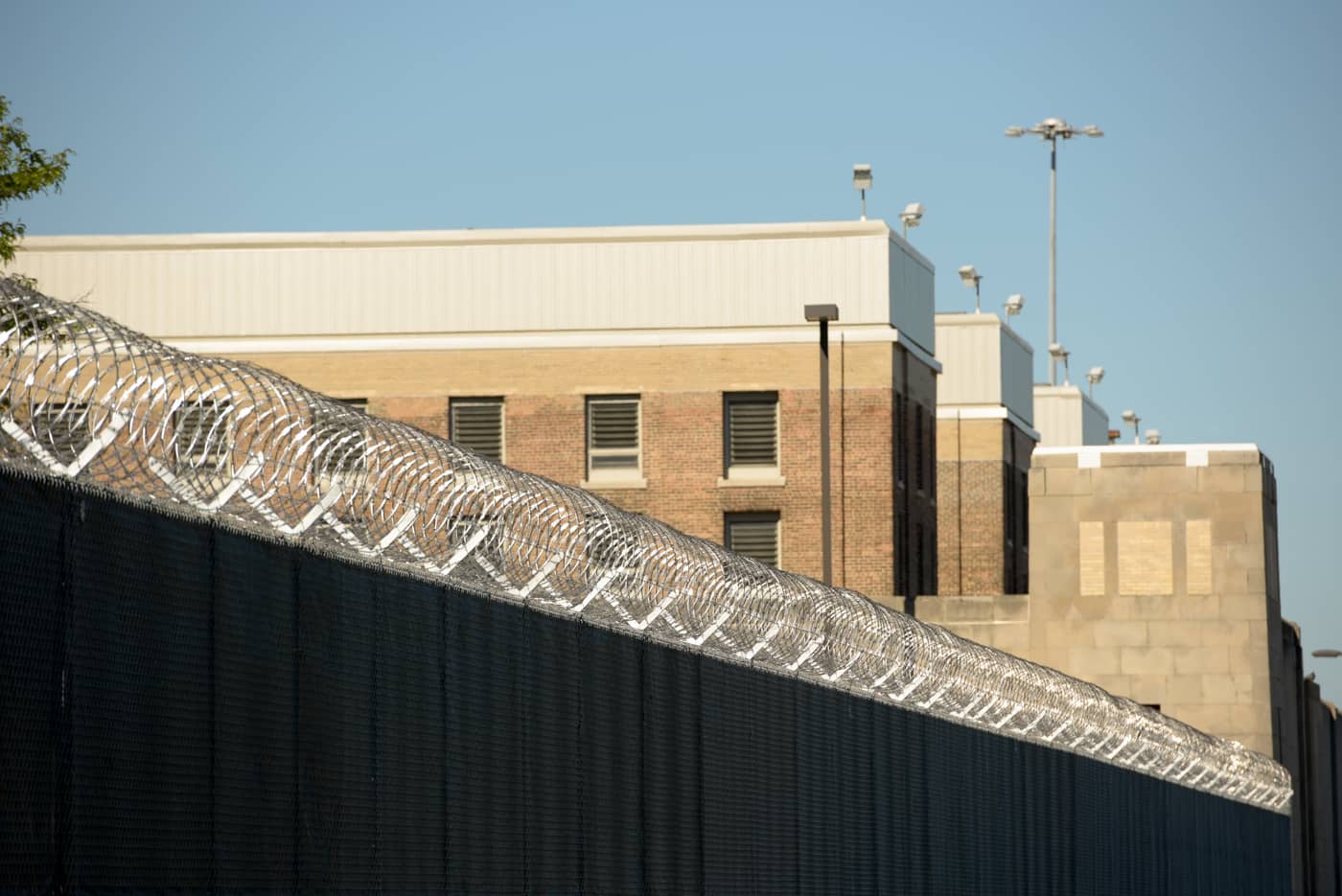 Did the demise of American media start with Chicago’s pretentious alternative press?

Did the transformation of the media from the guardian of a republic into the most dangerous and destructive forces in the country begin in Chicago?

Where, after all, did the ability and willingness of the media to manufacture narratives against political enemies, “reimagine” law enforcement as an instrument of a political faction and hide myriad evidence of their own false claims to undermine any opposing narrative start?  Where and when did the American media get the hubris to bring down a president on trumped up allegations of Russia collusion from corrupt, political elites spoon feeding their manufactured “evidence” to the colluding cabal of reporters?

To answer these questions, one is inevitably drawn back to Chicago during a pivotal twenty-year period from about 1990 to 2010. In these two crucial decades, no publication moved to the forefront of journalistic villainy more than the Chicago’s alternative media outlet, the Chicago Reader. In many ways, it was at the Reader during this period where all the dark forces of a radicalized, activist press first developed and revealed the damage it could inflict upon a republic, first by wreaking havoc on a once glorious city now awash in debt, crime, and corruption, then moving into the federal level via the Department of Justice.

It is a particularly worthwhile inquiry as the Reader is now embroiled in an internal battle surrounding its transition from a profit media outlet into a nonprofit, a battle that, if not resolved, could mean the end of the outlet.

The teapot tempest surrounds a column Reader co-owner Leonard C. Goodman wrote about getting his six-year-old daughter vaccinated. Questioning vaccines is one of many taboo subjects among the militant "left" in the media, and so the staff apparently attacked Goodman for writing the column. A tired, self-righteous battle has since played out, with Goodman claiming censorship and free speech and the staff claiming misinformation and accountability.

Reader staff recently demonstrated outside Goodman’s home, a common ploy of the left-wing activists in Chicago going back decades. In this unfolding cacophony at the paper, one burning question fills the minds of the public:

The reporters at the Reader do not seem to comprehend the public’s indifference to such a stupid squabble between Reader staff and management. One reason is that Chicago media, led by the Chicago Reader, has degenerated into an incestuous family of self-aggrandizers that praise one another making them numb to the apathy the larger public holds. It is also one reason why so many media outlets like the Reader are degenerating into nonprofits.

Filling the void left by a public that has never distrusted or resented the media more, what remains are chronic retweeting from other journalists of “Gosh, isn’t this reporting just amazing” ad nauseum, obscuring the sad fact that reporters in Chicago are at best mediocre writers. For many, their sole claim to their position, apart from obedience to the progressive party line, often appears to be little more than a purchased journalism degree.

The false emergency of the Reader folding is propped up by the sham claim the paper is a crucial voice in the city. Chicago media holds about much disparity in viewpoint and storytelling as the former Soviet Union at the height of its power. A strict orthodoxy governs the media establishment. Incapable of originality, their art lies in smugness, pretentiousness, and guile. The downfall of the Reader, then, would have little to no negative affect upon the city’s media narratives. It would be the loss of another voice in a mob shouting match.

What makes the Reader stand out is their role leading the way to the collapse of American journalism through a careful crafting of the anti-police narrative in the years from 1990 to 2010. This mission was led by a former writer at the paper, John Conroy. Conroy’s work later inspired other writers and editors with the Reader. That narrative took the form of claiming a host of convicted killers were innocent and/or were the victim of torture and abuse by a collection of police officers led by former Chicago Police Commander Jon Burge, the poster child of police corruption for the left.

A narrative now held as orthodox history, so much so that it is even taught as curriculum in Chicago public schools, the Reader crafted this narrative in a manner as suspicious and condemning as anything set before the American republic, a kind of prelude to the sort of journalism now rampant throughout the country that has compelled the public to turn away with growing distrust that rightly sees the mainstream media as a destructive force undermining the country’s institutions.

For whatever the opinion or claims made about the alleged corruption and coercion of the Chicago police under Burge or other detectives from the 1980s onward, the growing body of evidence that the Chicago media pushed false exoneration narratives is equally condemning.

Of all the cases reported by the Reader, one case rises about all others, a 1987 arson on the South Side of Chicago that killed seven people and injured more than a dozen others, many of whom jumped or fell from the second or third floor of a flaming apartment building. It didn’t take long for detectives to sort out the clear motive and means to finger Madison Hobley for setting the fire. Witnesses saw Hobley purchasing gasoline shortly before the blaze started. They saw Hobley at the crime scene. Hobley’s account of how he escaped the fire while his wife and child remained inside defied the laws of physics.

Detectives first met Hobley the night of the fire at his mother’s house. When investigators met with him, Hobley handed the detectives a bag of clothes without the detectives even asking. Hobley then told detectives the clothes were what he was wearing at the time of the fire. Hobley told police he had taken a bath and put the articles of clothing in a bag for the detectives. Later, when Hobley was charged, his story of taking a bath emerged as washing away the remnants of gasoline that had spilled on his clothes and person when he filled the gas can and walked home with it to set the fire. The clothes Hobley gave to the detectives did not match the clothes many witnesses observed Hobley wearing outside the burning building. Hobley later failed a lie detector test and attempted to place blame for the fire on his mistress.

Hobley was convicted and sentenced to death for the murder of seven people.

Despite the overwhelming evidence against Hobley, his pleas of innocence found supporters among the activist media, none more so than the Reader. In article after article, the media gave voice to a series of claims that supposedly undermined the Hobley conviction. The problem was that none of these claims ever convinced a judge, jury, prosecutor or appeals court that Hobley was innocent. It was only one of the state’s most crooked governors, George Ryan, who, facing a 21-count indictment for his crimes as secretary of state, suddenly embraced the exoneration mythology the Reader and other media outlets were relentlessly pushing. In 2003, Ryan pardoned Hobley and three other convicted killers with no new evidence of innocence. Ryan just let them out to the drooling ecstasy of Chicago’s ideologue media zombies.

Not everyone was happy about it, least of all members of the Justice Department. Shocked that Hobley got out of prison, members of the Bureau of Alcohol Tobacco and Firearms (ATF) initiated an investigation against Hobley that could have sent him back to prison for civil rights violations in taking the lives of seven people. This investigation started around 2007, at a time then Illinois state senator Barack Obama was running for president.

The reinvestigation of Hobley was complicated by the fact that the U.S. Attorney in Chicago at the time, Patrick Fitzgerald, was mulling charges against Burge for perjury and obstruction of justice. The charges against Burge arose from a civil lawsuit brought by Hobley after he was so corruptly released from death row by George Ryan. In the course of the lawsuit, Burge denied abusing suspects.

So who would Fitzgerald indict, Hobley or Burge? It would be difficult to indict both, particularly as the 2008 presidential election unfolded. The ATF agents completed their investigation and assumed charges against Hobley were forthcoming, but as the presidential election came to the finish line, the charges came for Burge, not Hobley.

The Chicago media, particularly the Reader, opened up a floodgate of exoneration cases against Burge and his men. The ATF investigators who took a second look at the Hobley arson were aghast. One of the lead investigators was named James DeLorto.

"The evidence in the Hobley arson case is so overwhelming and of such specific detail and volume that no jury in any court would not have found him guilty beyond any doubt. In my eight years as supervisor of the ATF federal bomb and arson task force, there has never been a clearer case of guilt. For the federal government not to have pursued this case, in which seven African Americans were burned to death, was unconscionable and unprecedented."‍

The Reader never sat down with DeLorto, one of the lead investigators in the case. Instead, what followed from the Reader's groundbreaking work on the Hobley case was a litany of police officers accused of the most egregious misconduct. Many of the cases have since fallen apart under renewed scrutiny, just as the Hobley exoneration did. Horrific rapes and murders, the evidence is simply ignored, just as so much of the evidence that Hobley set the fire was ignored by the Reader. The Reader’s coverage of the Hobley exoneration, then, is one of the earliest examples of the media activism now rampant throughout the country, brought to the larger national level with the ascendance of a presidential candidate from Chicago itself.

A dangerous threat to the republic, the modern media owes much of its tactics and integrity to Chicago’s reporters, none more so than the Reader.

So when Reader staff gathers outside Leonard Goodman’s home to demand he allow the paper to survive as a nonprofit, their chest beating and ranting about informing the public, the disparate media voice should garner reflections on the paper’s coverage of cases like the Hobley exoneration.

After reviewing such cases, the public should conclude that, for the benefit of the city, the Chicago Reader and its staff should go rot.