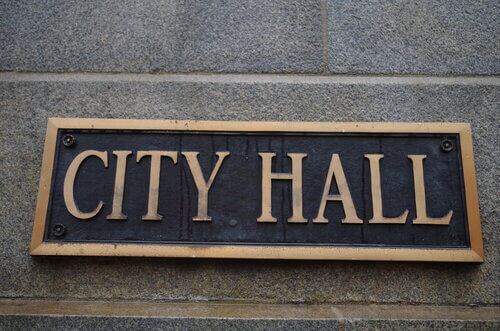 Chicago should sing on news of the expansion of vocational training to the CPS.

There hasn’t been much to celebrate over the Chicago Public Schools (CPS) of late. In the past several years alone, when discussing the CPS one tends to think back to a string of embarrassing events, most of which surround claims of sexual misconduct and gender-based harassment. Together with these misdeeds, the CPS continues to suffer a familiar parade of horribles, notably the attempts at gang recruitment, drugs, dismal performance scores, a decline in enrollment, and instances of schools operating amid filthy conditions. However, in an address to Chicago’s elite political class at the Union League Club on Valentine’s Day, Mayor Lori Lightfoot unveiled a goal, which if adopted, will clear channels of opportunity for thousands of students enrolled in Chicago’s secondary public schools. In her speech delivered in front of members of the City Club of Chicago, Lightfoot expressed her desire to broaden the availability of vocational education throughout CPS.

The spread of vocational training is welcome news for Chicago’s students.

Although Ms. Lightfoot’s speech was slated to address her goal of eradicating poverty, the mayor spent most of her time attributing neglect of poverty-stricken neighborhoods to her predecessors and attempting to emotionally blackmail attendees into becoming more magnanimous for the sake of meeting her demands the private sector finance development plans to revive ten neighborhoods submerged in poverty on the South and West Sides. Neighborhoods where hopelessness casts a long shadow, although Ms. Lightfoot was light on details and only revealed her specific intent to introduce a bill in the City Council which would extend some protections to renters, the flicker of hope to break Chicago’s unforgiving cycle of poverty was the mayor offering rhetorical support for the revival of vocational training in the CPS. Encouraging words from Ms. Lightfoot, should the mayor carry out her plan, it would reverse a two-decade period in which the curriculum all but vanished from the CPS and cast the future of thousands of students into uncertainty.

Once a pillar of CPS curriculum, vocational education’s slow demise in Chicago’s public schools began in the late 1990s, but was accelerated under former CPS superintendent, Arne Duncan. Superintendent between 2001–2009, Duncan had pledged to turn the CPS into the “best urban school district in the nation.” A tenure marked by school closures, the dismissal of educators, and the ushering in of charter schools, graduation rates and the percentage of CPS graduates enrolling in four-year universities experienced an insignificant rise, truancy remained an intractable problem, and the city faced an intense backlash from parents over the shuttering of schools. Similarly, despite rousing claims progress was made toward genuine improvement in outcomes, academic gains under Duncan were in large part attributed to lower standards or sheer fraud. Although the CPS had already begun eliminating vocational and Career and Technical Education (CTE) curriculum prior to his arrival in 2001, Duncan’s means to do away with the program arrived in two forms. First, Duncan succeeded in growing the number of courses required to earn a high school diploma, which choked students off from enrolling in vocational courses. Second, Duncan either disposed of the curriculum altogether, or handed off the courses to private career training centers in the Chicagoland area, which forced students either already enrolled or with an interest in exploring trades to pay tuition at for-profit institutions.

A decision which left thousands of prospective high school students without the option to consider vocational education through which diligence in career-oriented coursework could mature into a rewarding occupation, the reasons vocational training should receive renewed emphasis are manifold but should begin with Ms. Lightfoot’s resolve to lift individuals from the throes of general poverty. At the moment, the U.S. is experiencing a period of substantial commercial expansion and modernization. An economic boom, the demise of CTE or vocational programs in the CPS has created a skills shortage across numerous sectors, which has created a demand for challenging, high-wage “soft-skill” jobs to be filled by those with the training to perform them. Positions which could be occupied by high school graduates in search of a direct passage from graduation to an engaging and lucrative field, the return of vocation training to CPS classrooms will enable students to be fully prepared to accept high-paying jobs almost immediately after fulfilling requirements to earn a high school degree.

Additionally, vocational education is cost effective for high school students. A curriculum which should be revived from an indefensible shaming, the notion of “college for all” should be acknowledged as a deception. Although some students enrolled in the CPS are destined to earn an undergraduate degree in a specific area of study, the last two decades have witnessed a dramatic increase in the number of high school graduates attempting to matriculate through a four-year university. Estimates place the cost of a four-year degree resting between $80,000 and $300,000 in tuition alone against a median household income totaling $61,000. Sadly, less than half complete a degree program in under six years and many depart college burdened with crushing student debt. Now totaling $1.5 trillion, many students take a generation to pay off the stiff obligation. The result of this quandary is a social class of semi-skilled and underemployed Americans. The return of vocational training would allow students unsuited for a four-year university to enter the workforce almost immediately following the completion of high school. Though vocational training can require advanced schooling, this onus can be satisfied through community college at minimal expense or at a cost paid by employers, and internships and apprenticeships do not involve tuition expense.

Last, the expansion of vocational education would not create an anti-intellectual culture in the CPS. A system which should function to provide all students with the necessary skills to succeed in a career, the re-introduction of vocational courses on a wider scale would not marginalize traditional core curriculum such as science, mathematics or the liberal arts. In contrast, the return of CTE or vocational education is rather an acknowledgement a certain percentage of students are more suited to classwork which places an emphasis on concrete skills and real-world experience. In sum, re-introducing vocational programs simply adds another dimension to a student’s educational experience. More important, studies have demonstrated students who choose to concentrate on vocational courses become more interested in school, are less truant, and the probability a student enrolled in vocational classes increases the student’s likelihood of earning a high school degree.

Borrowed from the Latin educere, education is interpreted as “lead out, train or mold.” Education has it for its object to form both the common mind and character. While Ms. Lightfoot has had few good ideas since beginning her term as mayor, returning vocational education on a mass scale to CPS curriculum and throughout the secondary system is a workable plan, a needed plan, and one which should receive strong support in the Chicago City Council. Though Lightfoot’s idea for vocational training will not fix all the ills of the CPS, for the system to truly help each student to transition seamlessly from school to career and self-sufficiency, students must realize trades offer numerous high-paying jobs which not require a college degree. A plan with a long-term impact, vocational programs do more than prevent graduates from dustbin jobs, it chips away at poverty, promotes social stability, boosts social mobility, and helps create economic and social development. Ms. Lightfoot, for once, has a good idea. She has created a buzz with chatter over the trades. Now let’s see if Lightfoot has the political mettle to follow through with it.