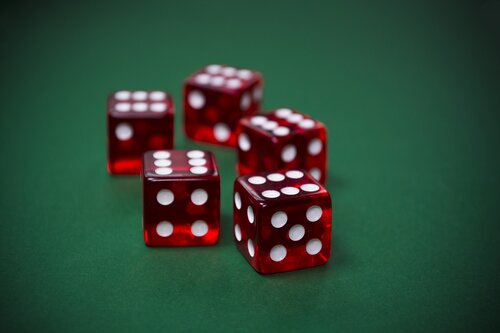 Machisma mayor may have let a genie out of the bottle.

At first glance, the notion of establishing a state lottery in Illinois caused some to blanch with fear.  Though critics of a lottery were apoplectic with the prospect state legislators would weigh a measure which is known to cause untold societal damage, lawmakers in Springfield assuaged such concerns with a rhetorical masterpiece:  The vow lottery proceeds would be earmarked for the state’s public school system.

Introduced in Illinois in 1974, the Illinois Lottery grew exponentially to include Pick 3, Pick 4, Fireball, Lotto, Lotto Lucky Shot, Powerball, Mega Millions, and Lucky Day Lotto.  One of the biggest frauds ever perpetuated on residents in Illinois, though the Lottery was promoted as a device to raise revenue for public education, in a deception few could have imagined, state lawmakers silently chipped away at the state education budget to bolster budgetary shortfall elsewhere as Lottery revenue poured into state coffers.  Though it was never advertised, in one of the state’s worst-kept secrets Lottery proceeds were soon revealed to have been funneled from the Common School Fund directly into the Teachers’ Retirement System (TRS).  A mechanism which provides retirement, death, and disability benefits for all licensed educators in Illinois, the Illinois Lottery has been exposed to the primary source for funding teacher pensions.  Though Lottery earnings hovered around $750 million in 2019, obligations to the TRS have outpaced Lottery revenue since 2000.  Doubly troubling, as Illinois’ fiscal insanity grew uncontrollable, Lottery payouts as low as $600 were briefly suspended and tickets to the multi-state Mega Millions were halted over a budget dispute in Springfield.  A deception on residents of Illinois, for employees of the City of Chicago, the failed experiment of the Illinois Lottery should serve as a sobering reminder of what could come as a result of Mayor Lightfoot’s plan to introduce a casino to Chicago.

It required a late push and a special session of the Illinois General Assembly, but Mayor Lori Lightfoot took a giant step forward to achieve her long-sought goal of bringing a casino to Chicago.  A plan which the machisma mayor has long coveted, Lightfoot’s first major victory in the state’s legislative assembly came only after a significant change to the tax structure in the bill.  Though Lightfoot campaigned on the promise to tackle alleged police misconduct, Chicago’s agonizing violence, and corruption in City Hall, she also sought office in 2019 pledging to find a solution to Chicago’s fiscal imbalance, particularly a budget choked by unfunded pension obligations.  A seemingly intractable problem, part of the difficulty with Chicago’s pensions lie with the swelling number of pensioners, soaring benefit liabilities, and the catastrophic consequences the 2008 crisis had on public finances.  However, the main problem with pensions rest with governance:  Politicians failed to honor pension promises, opting instead to pass this enormous burden on to future taxpayers.

Broadly speaking, there are three levers available to lawmakers when it comes to strengthening the funded status of pension plans:  Adjustments to benefits, contributions, and better investment planning, which includes a greater efficiency in the pension fund sector.  While Ms. Lightfoot deserves some applause for her commitment to address the pension crunch and trying to repair the consequences of her predecessors’ blunders, even highly optimistic estimates predict the casino will generate only $217 million for retirees.  Despite this infusion of revenue, the city’s pension bills are expected to surpass $400 million for 2022.  A significant gap, unless Ms. Lightfoot finds hundreds of millions between the sofa cushions, Chicago residents must be prepared for an excruciating property-tax hike or the city seeking money from the bond market.

While it is understandable Ms. Lightfoot is eager to raise more money to avoid massive budget shortfalls and be forced to consider cuts to social services or raising taxes, the introduction of a casino should raise some concerns.  In the short-term, though Lightfoot earned a win in Springfield, a victory lap may be premature:  Several members of the Chicago City Council have already expressed their disapproval with the proposed casino built within the boundaries of the wards they represent.  A hurdle Ms. Lightfoot will find difficult to overcome, if we set aside what is certain to amount to a nasty row over the site associated with the introduction of a casino in Chicago, there are some profound consequences to a casino in Chicago, the implications of which lawmakers need to confront now before consequential lines are crossed.

While Ms. Lightfoot has repeated with mechanical precision the largesse brought forth by the proposed casino is intended to close the yawning hole in Chicago’s pensions, thus far the only defense extended to pensioners guaranteeing casino money will be directed to the Policemen’s Annuity and Benefit Fund of Chicago is a 2011 agreement between the pension board, Chicago, the Illinois General Assembly, and the Fraternal Order of Police (FOP).  A looming problem for thousands of current and retired city workers, the fate of the expected casino revenue will be determined in part by both lawmakers in Chicago and Springfield, all of whom are part of a culture of small-minded people, a high society where integrity is scarce, and who are accomplished in the art of manipulating language in proposed legislation which tinkers with “fixes” for unexpected budget crises.  Though Ms. Lightfoot and some aldermen have thrown support behind a casino, few aldermen have explicitly stated support for casino revenue going directly to brace the troubled pensions.  In fact, most aldermen have preferred to demonstrate public support for the casino in economic terms, primarily additional jobs for Chicago residents.  While the prospect of hundreds of new jobs created by a casino is a bright spot, the fact so few aldermen have mentioned pensions alongside their fervor for the casino reveals a fraught message for the city workforce anticipating the casino revenue providing lasting security to pensions:  Like the ransacking of Illinois Lottery money, Chicago pensioners should not rule out the possibility lawmakers in Springfield and Chicago working in tandem would seek to alter legislation and remove protections to unleash casino money to plug holes elsewhere in Chicago’s bloated budget.

An affair of which home rule implicitly ascribes to the mayor and aldermen the power to shape the budget, there is a stubborn complexity to Chicago’s budgetary process.  While the budget activity in Chicago’s legislative chamber was intended to be a deliberative proceeding with manifold rules and tedious hearings, it often resembles the anarchic looting of tax dollars.  More distressing, during this budgetary exercise a fair amount of deals are struck outside of committee hearings or floor debate.  These are bargains in which compromise or accepting something far less than ideal are prevalent in the hot pursuit of money.  Worse, they are also agreements in which aldermen often finagle special arrangements with pals, donors or developers to come to terms on matters which have nothing to do with delivering on promises and everything to do with extracting costly concessions for the advancement of an alderman’s or special interests’ agenda.  Though many are already familiar with political cunning, it bears repeating with compromise always comes broken promises.  Although these bare facts make for unsettling reading, if Chicago’s notorious habit of cooking the books and aldermen tending to suffer from bouts of political amnesia is also taken into consideration within the scope of Chicago’s budgetary practices, there is every reason to believe Chicago’s casino earnings will be subject to routine budget gamesmanship and the casino revenue will never completely fulfill its promise to remedy the city’s pension crisis.

At stake is the financial future of thousands of current and retired city employees.  A matter to which constant attention should be paid by public union officials, the charade executed by the Illinois General Assembly over the Lottery should serve as a powerful reminder elected officials need to recognize the value of keeping promises.

This essay was edited on June 4 to present a broader explanation of the 2011 legislation addressing casino revenue.