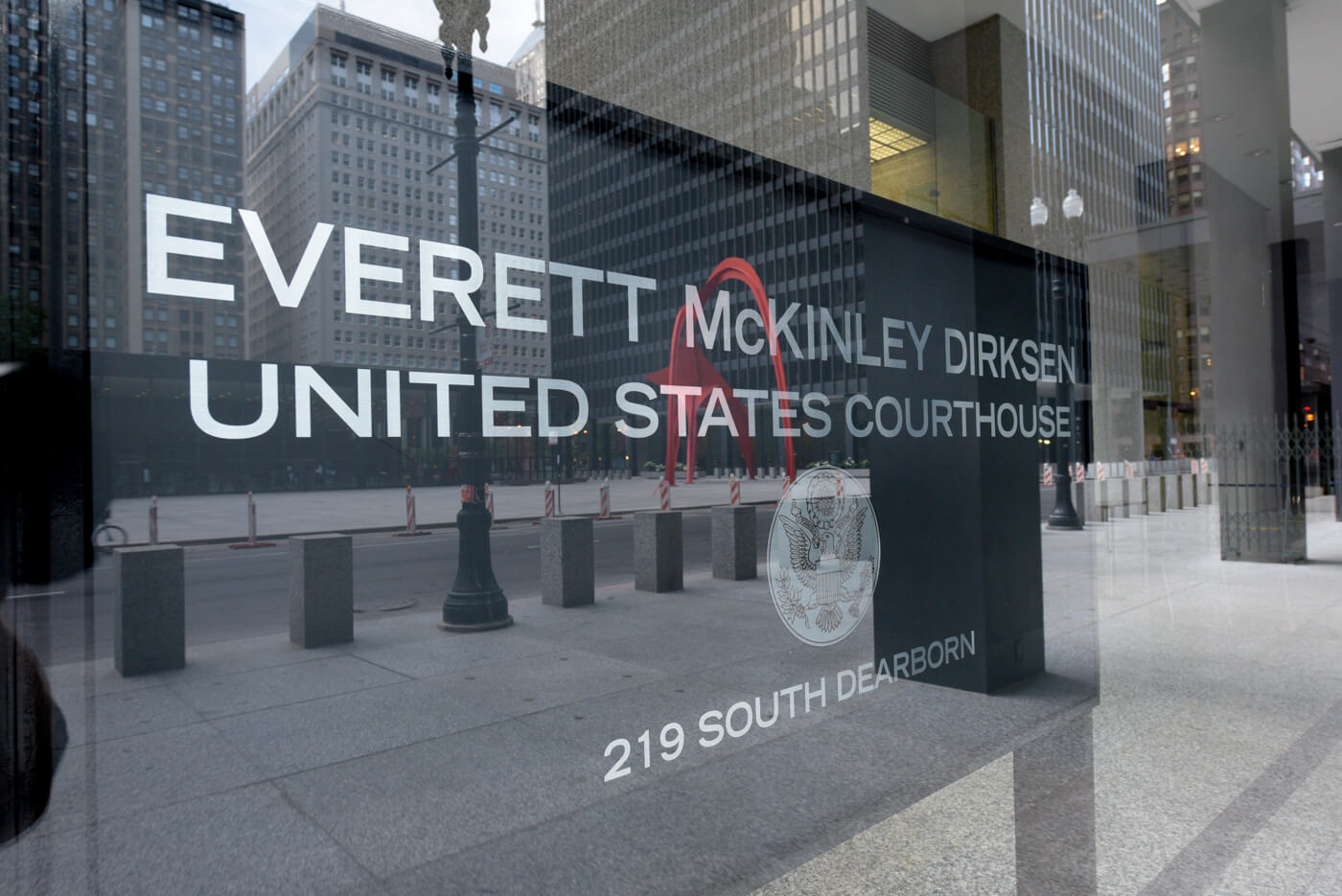 Mayor Lightfoot could learn something or other about fighting crime from the Department of Justice.

Although LeGend Taliferro’s early life was marred by a series of open-heart surgeries, by the time he reached age four, he became known for his vitality, zest, and life-affirming energy.  Deprived of life by Ryson Ellis on June 29 following a domestic dispute, LeGend’s tragic death in Kansas City, Missouri, in June 2020 mobilized federal officials to form a federal law enforcement initiative in his honor, Operation Legend.  A coordinated enterprise which encompasses all federal law enforcement agencies and liaises with local law enforcement to stem a startling rise in violent crime, Operation Legend’s broad success in close to a dozen cities since its introduction in July has been credited with the arrest of over 2,500 violent criminals across the United States.  Over 500 of those arrests have occurred in Chicago.

Close to two months after President Trump ordered hundreds of federal agents to Chicago, Attorney General William Barr arrived on September 9 to tout the successes of the operation.  In his press conference at the Dirksen Federal Building, Barr summarized the grounds of Operation Legend, and relayed to reporters the federal dragnet resulted in federal indictments against 124 defendants, 120 of whom were charged for firearms or drug offenses.  Following his address and remarks from FBI Deputy Director David Bowdich and ATF Acting Director Regina Lombardo, Barr returned to the rostrum to accept questions from media.  A man who has grown accustomed to media ignorance and hostility, Barr masterfully deflected hectoring questions to remain exclusively focused on crime rather than the enmity which has come to characterize the relationship between President Trump and Mayor Lightfoot.  Though journalists were seeking a sound byte, Barr instead provided reporters with his perspective for cities begging for a refuge from crime, namely a strong and vigilant police force, prosecutors who are determined to remove criminals from the streets, and elected leaders who strengthen police legitimacy in the public sphere.  In his comments, Mr. Barr likewise affirmed the need for pre-trial detention and explicitly mentioned the absence of pre-trial detention severely cripples a rapport between police and residents.

Though Mr. Barr’s appearance in Chicago alongside U.S. Attorney John Lausch, FBI Deputy Director David Bowdich and ATF Acting Director Regina Lombardo suggested the relevance of the federal action, neither Ms. Lightfoot nor Cook County State’s Attorney Kim Foxx were on hand for the briefing.  An event worth celebrating, one supposes the mayor, the county prosecutor, and officials with the Chicago Police Department (CPD) would have appeared with senior Justice Department officials marking a considerable victory over crime so their absence from the press conference is, to say the least, curious.  Though Barr was asked about city officials failing to show, the attorney general declined to elaborate at length, preferring to ruminate politics played the dominant role in the mayor’s failure to attend the briefing.  Barr did, however, confirm Ms. Lightfoot and CPD officials were asked to attend the briefing.

For a city which experienced a significant drop in crime, the fact neither Mayor Lightfoot nor officials with the CPD came out to revel in sharp reductions in crime is telling. In a city ravaged by violent crime, failing schools, and suffering from a contracting economy, it is tempting to accept both the mayor and Superintendent David Brown were preoccupied elsewhere.  However, Ms. Lightfoot was undone by her own words. Hours after the attorney general spoke, Lightfoot disputed Barr’s claim murders were cut by 50 percent, accusing Barr of being a bad actor peddling fantasy and insisting neither she nor the CPD would be used as "political props."

Though the news of a dramatic reduction in murders is a matter for which the mayor should be spraying champagne all over Chicago, for Ms. Lightfoot it was a source of acute embarrassment.  Having the eyes of the federal government can be mortifying. For Ms. Lightfoot, it has proven to be a disgrace and troubling as high crime rates have brought much unwanted attention to the Windy City and advertised everything wrong with her leadership over Chicago.  Though Ms. Lightfoot considers herself a model of good governance and leadership, under her guidance a rolling crime wave, part of which was under the guise of social activism, struck Chicago and has left the city shattered and smoldering.  In response to this unholy spectacle of crime, rage, and rioting, Ms. Lightfoot scarcely acknowledges Chicago’s routine violence and has rationalized or excused the activist Left’s excesses.  Although Cook County State’s Attorney Kim Foxx was not mentioned by name during Barr’s appearance at the Dirksen Courthouse, she, too, figured prominently into the cause for the federal presence in Chicago. A woman who has been the frequent target of Barr’s criticism, Foxx’s prescriptions for confronting crime and her reform measures have turned Chicago into a center of lawlessness.  Taking aim at Foxx’s overhaul of the justice system, Barr stated one critical condition to maintain orderly streets is a prosecutor disposed to removing violent criminals from the streets.  Though Ms. Foxx piously claims her reform measures are spectacularly successful, a fundamental tenet of her restorative justice vision is individuals are not to be held personally responsible for criminal behavior owing to the ideological narratives over mass incarceration and structural racism.  A policy which fails to recognize austerity and ruefulness are the governing principles behind dispassionate judgment and imprisonment, Foxx’s amorphous social justice only implores why criminal wrongdoing occurred, unlike Barr’s pure justice which demands who committed the crime.

If there is blame to be cast for a culture developing in Chicago in which crime flourishes without consequences, the fault rests with Ms. Lightfoot and Ms. Foxx.  Though President Trump is inclined to speak in hyperbole, his revulsion with the breakdown of civil society in Chicago and his disgust with civic leaders who allow crime to occur unchecked is the primary reason for an enhanced federal presence.  Although both Lightfoot and Foxx loathe to admit it, the increased presence of federal authorities with a specific mission contributed to cutting out several tumors of injustice and re-imposed some discipline on an unruly city.  More important, those 124 suspects taken into custody by federal agents will face federal charges and, unlike Foxx’s permissive justice, will have longer sentences levied upon them for their crimes.

Under Mses. Lightfoot and Foxx, Chicago does not exactly resemble an oil painting, and their refusal to offer serious leadership or an agenda to address the daunting issue of violent crime is the reason the responsibility for crime fighting in Chicago fell to the federal government. President Trump’s and Attorney General Barr’s action to reduce crime in Chicago is cause for praise and gratitude, not political theater or condemnation.  A success, Operation Legend featured the steady application of proven law enforcement.  Classic crime fighting, Operation Legend demonstrated how crime fighting works and how justice should function.  The fact Ms. Lightfoot refused to attend Mr. Barr’s press conference to mark the removal of criminals from the streets in the city over which she presides only revealed how Ms. Lightfoot is more interested in placing politics and her political fortunes above the imperatives associated with the safety and security of law-abiding residents.