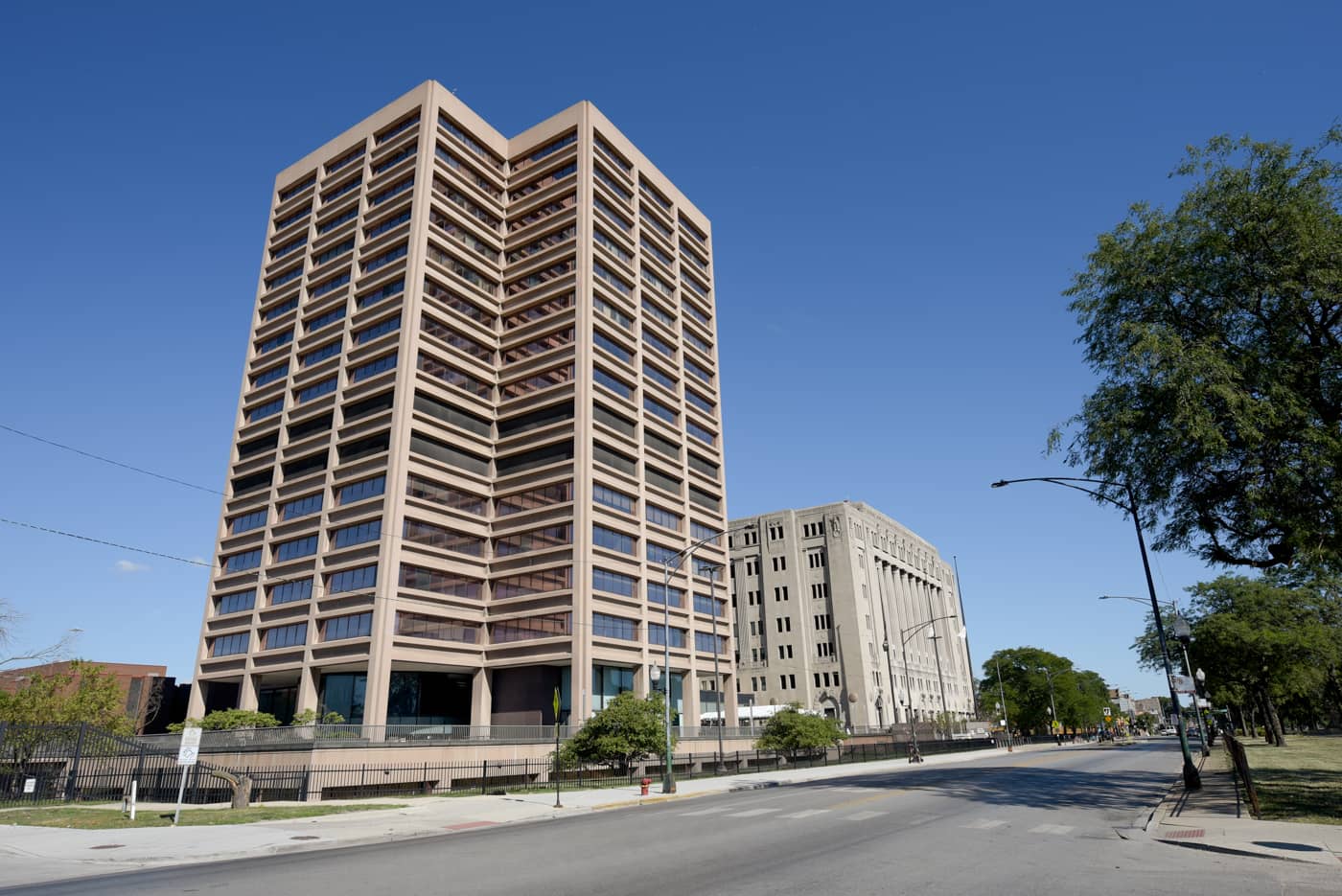 A man exonerated after a bizarre and controversial legal saga for his role in the 1982 murder of two Chicago police officers was arrested on February 9 for allegedly beating a woman, according to an arrest report obtained from public courthouse databases.

According to arrest reports, Jackie Wilson, once sentenced along with his brother Andrew Wilson to life in prison for their role in the murders of Officers William Fahey and Richard O’Brien in Chicago’s Auburn Gresham neighborhood, is accused of beating a woman with a large black flashlight “about her face, body, and stomach,” after the two engaged in consensual sex.

"Victim related that she was hit so hard in her stomach that urine came out," the arrest report stated.

According to the report, the victim was taken to the hospital and treated for her injuries. Wilson was apparently charged with a misdemeanor, not a felony.

After his arrest and interrogation for the murders of the two officers in 1982, Andrew Wilson arrived at the Chicago Police Department’s central lockup badly beaten. Wilson’s wounds would later become the foundation for claims that he was tortured into confessing to the murders of O’Brien and Fahey at the hands of former Chicago police commander Jon Burge. Burge denied beating Wilson. Jackie Wilson and his brother Andrew Wilson were tried and convicted twice for the murder of O’Brien and Fahey. In the years after their arrest, many other convicted killers joined the Wilsons in claiming abuse by Burge and men serving under him. Many were later freed from imprisonment and later settled massive lawsuits with the Chicago.

In a 2015 statement made after serving a four-year sentence for perjury and obstruction of justice charges, Burge condemned the City of Chicago’s payouts to the law firms filing lawsuits against the police in such cases.

"These private attorneys grow rich because the city of Chicago is afraid to defend the lawsuits filed by these human vultures," Burge said.

Jackie Wilson’s hopes of getting out of prison appeared doomed until the Illinois General Assembly created the Illinois Torture Inquiry and Relief Commission, which had the power to overturn convictions and return cases back to the courts. After Wilson’s conviction was tossed, special prosecutors attempted to retry him, but to the shock of police and family members, prosecutors suddenly dropped the charges midway through the trial after badly bungling the presentation of their case. Wilson walked free.

Wilson’s attorneys from the People’s Law Office and Loevy & Loevy subsequently filed a sweeping lawsuit against a mass of defendants, including former Mayor Richard Daley and prosecutors involved in the case.

Wilson’s odyssey from murderer to exonerated victim was covered extensively by the local media, particularly Chicago Tribune reporter Megan Crepeau, whose coverage often ignored key elements of the case and the foundation of accusations against Burge. Yet, despite this constant coverage of the Wilson case, the entire media establishment in Chicago failed to report the recent arrest of Wilson for allegedly beating a woman.

Chicago Tribune coverage of other wrongful conviction cases is currently under attack in the federal courts.