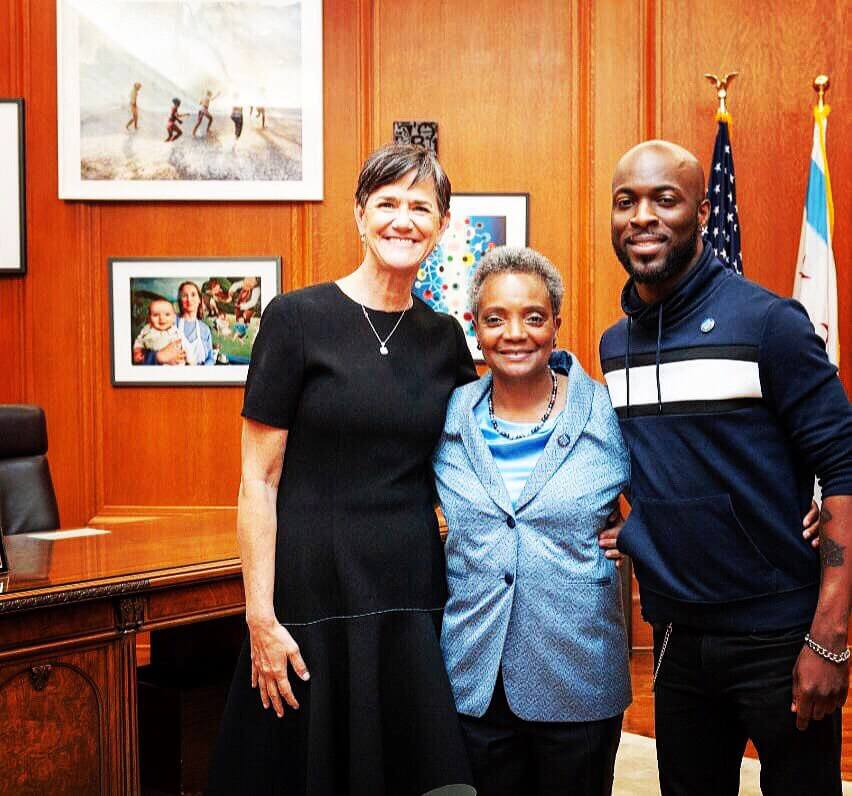 Blame-the-cops routine running as strong as ever in Chicago.

Lori Lightfoot’s May 20 inauguration as mayor of Chicago was presumed to be the dawning of a new era for the Windy City, but the damage was already done by the time she delicately attempted to reverse herself. Just days after she goose-stepped into office, in an inexcusable affront to police officers serving Chicago, Ms. Lightfoot demonstrated she drinks from the same poisoned chalice as her predecessor, Rahm Emanuel, when addressing policing during a May 30 appearance on Chicago Newsroom. Speaking with host Ken Davis, Lightfoot gave strength to the utterly false rumor the Fraternal Order of Police Lodge 7 (FOP) had directed its members to ignore their sworn duty over Memorial Day weekend. A ridiculous remark, Lightfoot later scrambled to unwind the injury done by her impudent comment with a politician’s dearest pretense, saying it was “taken out of context.”

In the intervening period separating her interview with Davis and greeting reporters on June 24, Lightfoot crisscrossed the nation to celebrate her apex achievement of winning elected office with California’s LGBTQ community, dine with intellectual deep-thinker Oprah Winfrey, sit for an interview with Left-wing wisecracker Stephen Colbert, and meet for some peculiar reason with New York’s painfully unpopular mayor, Bill de Blasio. The standard pursuits of her predecessor, Rahm Emanuel, Ms. Lightfoot mercifully came down to earth just ahead of a weekend shooting spree after which she condescended to tend to city business by meeting with police officials and address media over the latest death toll.

Sounding off in front of media on June 24 as if she were a blend of aggrieved step-mother and overbearing big sister, Lightfoot said:

“I think they (police) now are getting used to me and understanding that kind of a superficial, light touch isn’t going to do it.”

Machisma-jerk posturing, Lightfoot carefully ignored the loss of life and in a series of statements afterward demonstrating she has adopted a rule codified by the man she replaced, Rahm Emanuel, held police wholly liable for the weekend violence. Pouring derision over detectives for allegedly failing to engage in proactive policing, in a crude parroting of anti-police rhetoric, Lightfoot said:

“Showing up when there’s a murder or a shooting or any other violent act and being the first time you’ve set foot in a neighborhood, without knowing any of the people, the relevant stakeholders, you’re never going to win the trust of the community that way to be able to solve crimes, because they’re not going to view you as legitimate.”

A message delivered with sheer contempt, although Ms. Lightfoot limited her censure to detectives, only a nincompoop would believe the mayor’s distorted polemical characterization of homicide investigators did not bespeak a sub-rosa malevolence with the entire Chicago Police Department.

Lightfoot’s remarks are no way to build respect for police officers or the law.

Mayor Lightfoot is free to invent whatever she pleases; however, there is something deeply false, deeply wrong, and deeply harmful about her remarks: Civic tradition dictates police officers are to receive support from elected leaders. Although the swearing of an oath and the star insignia worn by officers represent a lawful presence on the street, the basis for police legitimacy resides in the duty of the mayor consistently and resolutely backing the authority of police in the public square.

“She’s (Lightfoot) delusional. It’s our (officers) fault residents don’t cooperate? Does she expect cops to predict when and where homicides and random shootings occur by the block and then connect with residents prior to shootings? She wants us to be proactive? Cops in Chicago reactively police because she tried to fire every cop who appeared before the Police Board she led,” says one Chicago police officer in response to the mayor.

Monumentally ignorant remarks, as mayor of a city beset by horrors visited upon innocents, one would assume Ms. Lightfoot would be foursquare on the side of the police. However, Ms. Lightfoot’s stray comments critical of police on both occasions serve as a sad reminder the City of Chicago is governed by a mayor who is consciously ignoring salient responsibilities of the office. A troubling pattern of which the mayor has demonstrated since the outset of her nascent administration, Ms. Lightfoot’s dismissing her vital obligation to sustain police in the public arena has several devastating consequences.

First: By failing at her supreme duty to act as a guarantor for the guardians of public safety, Lightfoot is revealing herself bereft of the essential attributes of a leader. A first principle of the chief administrator of Chicago, Ms. Lightfoot’s declining to offer leadership through words of support for police after yet another weekend of violence is consonant with undermining public confidence in police.

Second: Ms. Lightfoot’s pronouncements place police officers at further risk. In casual remarks which ignore the forbidding circumstances under which police fulfill their duties, Lightfoot’s verbally stripping police of legitimacy takes no account of the fact police officers are no longer met with mere verbal abuse or a refusal to comply with lawful commands, but are increasingly subject to physical assault. By denying police undisputed credibility in the public sphere, Ms. Lightfoot must bear a magnitude of responsibility for contributing to a climate in which police authority is baseless and attacks on police will rise.

Third: The mayor’s remarks are tantamount to placing a laurel around anti-police activists. Views which symbolize a virtual cave-in to Chicago’s anti-police movement, Lightfoot’s refusing to endorse the legitimacy of police emulates the relentless howling from voices known to speak balefully of police, bark anti-police alarmism, and for producing a steady stream of false police narratives. By refusing to uphold the legitimacy of police Ms. Lightfoot revealed a philosophical alignment with destructive voices and irresponsible critics of police.

Lightfoot’s remarks are a crushing blow to order on Chicago’s streets.

If there was any lesson to be learned from Rahm Emanuel’s two terms, Ms. Lightfoot failed to grasp it. While Ms. Lightfoot claimed in her inaugural speech her highest calling was “restoring safety and peace in our neighborhoods,” in her first public comments on the matter of policing here was the putative leader of the third-largest city in the country giving voice to the same sophomoric hogwash uttered from individuals and groups known for their hostility with police.

For all the hoopla and high expectations surrounding her election, one would have anticipated Ms. Lightfoot to aim for a higher standard than her predecessor, Rahm Emanuel, who regularly used police as a foil. A more sensible course of action would have had Lightfoot take the opportunity in front of media to make an impassioned and reasoned case for the public to trust and welcome police. If Ms. Lightfoot had been measured with her words, she would have emphasized residents have a legal obligation to obey lawful commands from police and to cooperate with police investigators. If the mayor had intended to build respect for police, she would have boosted officers by fully explaining police aim and intent and describing police as protectors of the law abiding. Had Ms. Lightfoot demonstrated agile and wise leadership, she would have delivered a cold-eyed reminder to residents an attack on a police officer carries stiff legal penalties and police policies and procedures must remain firmly in place.

That the mayor uttered none of this is not terribly surprising: The fact she betrayed police is a powerful indicator she intends to continue with Rahm Emanuel’s practice of appeasing the wolves. For a woman who insisted Chicago residents should embrace change, the next four years can expect Ms. Lightfoot to further empower both anti-police individuals and groups and salute their ideals. As well, we will continue to witness Ms. Lightfoot seeking guidance from quack clergy, welcome counsel from individuals known to spread cynicism about police, and consent to the ridiculous demands of groups issuing ultimatums for police reform. Although it seems illogical for Ms. Lightfoot to wrap her arms around opponents of police, a working hypothesis tends to support the conclusion the refusal to bolster police officers was a genuflect to her “activist” base over fear of a backlash in the voting booth.

Words matter and mistakes matter. Lightfoot’s first encounter into policing issues as mayor was a perfect disaster. If Mayor Lightfoot would like to make a point about policing in the future, she should try it with her mouth shut.