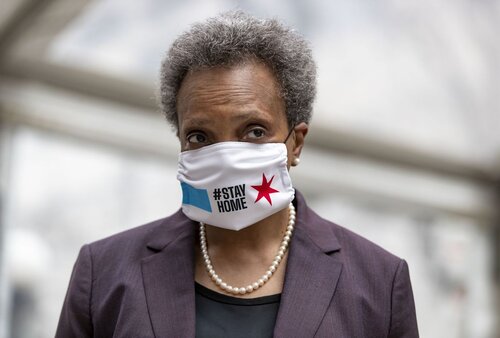 Over the past decade, police recruits enrolled in the Chicago Police Department Recruit Academy have taken part in a one-day program under the auspices of the Illinois Holocaust Museum in Skokie.  A requirement among the 900 hours of education in firearms, control tactics, and physical-fitness training all recruits undergo, at first glance, some recruits find themselves perplexed over what goal is achieved from the visit.  Prior to touring the museum, recruits are certainly aware the Holocaust was the embodiment of evil.  However, some recruits ask:  Would not time be better spent in a classroom developing a deeper understanding of the law, acquiring new skills, or perfecting police procedure?  Surprisingly, many recruits admit the training is some of the most valuable during the course of their six-month training program.

The rationale behind the one-day tour of the museum is to allow recruits to realize in the period leading up to the Holocaust the German civil police force was not an instrument the Nazis brandished to violate basic human rights and carry out the violent expression of Adolf Hitler’s genocidal plans.  Though it has long been the popular belief German police eagerly embraced Hitler and the rise of Nazism allowed law enforcement to indulge in their worst instincts, it required a determined effort on behalf of Nazi officials to rally and cajole German police officers to the Nazi cause.  In fact, it demanded excruciating training to convert German police to Nazi ideology to dehumanize the German population they had previously protected.  Over time, and only through intense ideological indoctrination did the will to confront and resist the Nazi menace among police evaporate.

The salutary lesson future Chicago Police officers glean from the visit to the Holocaust Museum could not be clearer:  Beware of politicians who would leverage the power of police to deprive residents of their Constitutional rights, control the population, and fulfill executive fiats.  In essence, individual rights and freedom are noble goals worth defending, do not permit elected lawmakers to erode either our cherished freedoms or our understanding of truth and falsehood and what is right and wrong.

Following the election of President Trump in November 2016, protesters descended on the Trump International Hotel and Tower on Wabash Avenue.  Clad in black and carrying banners bearing the hammer and sickle, Antifa goons also held placards screaming glib shibboleths and caricaturing then-president elect Trump as Adolf Hitler.  A tactic to which the modern Left often resorts, the hyperbolic grounds of Reductio ad Hitlerum was so outrageous few, if any, police officers took it seriously.  A ludicrous attempt to shut down discussion, police officers understood the undignified comparison between a New York real estate mogul and the Nazi dictator only trivializes the Holocaust.  Most police officers understand when government restricts a fundamental right, such as limits on the First Amendment, any challenge in court rests with what the court system refers to as “strict scrutiny.”  The highest and most demanding standard of judicial review to evaluate the constitutionality of government discrimination, not only must the basis to limit the right be deeply consequential, but it must further a compelling government interest and the law must be narrowly tailored to achieve the interest.

In a widely reported incident on Chicago’s West Side in March, police officers serving in the Harrison District were ordered to restrict access to four city blocks known for criminal excesses, mainly the drug market.  Police officers were instructed to request proper identification from citizens to verify residency.  Though police were acting on orders from superiors, many officers involved with the exercise refused to meet the directive over their concern it infringed upon residents’ Constitutional liberties.  This is a righteous  disobedience of a direct order for which police personnel deserve applause and gratitude.

Amid the COVID-19 pandemic, it is instructive to note the re-action of residents to constraints on liberties.  Though doomsayers predicted millions would succumb to the coronavirus in the absence of severe limitations to rights, many Americans who would ordinarily jealously guard their freedoms begrudgingly adjusted their lifestyle without dissent.  With the nightmare scenario of millions of COVID-19 deaths utterly disproved, job losses have mounted, whole businesses have failed, preventive and elective medical care is restricted, and mental health in decline, is it not the critical responsibility of elected lawmakers to reverse diktats which are doing tremendous damage to our civic tapestry as well as our essential freedoms?

Although both Governor Pritzker and Mayor Lightfoot claim the crisis demands these drastic measures, their behavior contradicting their own stay-at-home order is swiftly eroding any consensus surrounding the lockdown.  It is a public consent both Lightfoot and Pritzker have taken for granted and it has inspired conversation involving the limits on liberty.  Fortunately, the consensus is leaning heavily to liberty.

The hypocrisies of the lockdown are glaring.  In Springfield, Governor J.B. Pritzker rails over the need to wear masks, remain indoors, and has filed an emergency rule to empower the state to penalize businesses which defy the stay-at-home order with a Class A misdemeanor charge.  Government coercion, though Pritzker’s five-point plan to re-open the state includes the absurd caveat a vaccine, a highly effective treatment or reaching herd immunity with no new cases is the minimum threshold required to achieve a full re-opening of the state, the governor’s family flouts the law by crisscrossing the nation in private, luxury aircraft to Pritzker estates in Florida and Wisconsin.  A pampered brat who owns a chain of opulent mansions, while Governor Pritzker threatens use of the state police and formal charges to keep businesses shuttered, and thus residents driven into penury, he shrugs as his family frolics in the Florida sunshine and hones equestrian skills in Wisconsin without fear of the law.

In Chicago, Mayor Lightfoot has also imposed the same draconian measures, ostensibly for public health.  A mayor who pounds her fist and threatens jail time for offenses to the lockdown is the same mayor who scoffs at the order to sit with her private hairdresser.  Though Mayor Lightfoot insisted her appointment with a hair stylist was essential, from her brazen tongue came the explanation she is the “face” of Chicago, on “national” media, and in the “public eye.”  Hypocrisy at its worst, it is all the more self-serving given her use of the bully pulpit to urge the public to abide by social distancing requirement under a threat of arrest and detention and her reflexive scolding of those who skirt the new rules.  All of this, of course, comes from a mayor who exempts herself from her own orders, but designates streets no-parking zones to enforce a prohibition on residents attempting to exercise their right to worship.

Though penal institutions on both the city and state level have been evacuated to meet COVID-19, the threat of imprisonment looms for those refusing to obey “social distancing” orders.  Social distancing rules are not established law, but rather executive fiats.  Under Mayor Lightfoot and Governor Pritzker, breaches to common law are unlikely to result in a prison term.  However, if you defy a decree issued from either the mayor or governor in the Prairie State, you face public shaming, heavy fines, and the possibility of time behind bars.

As we emerge from snows covering Chicago, the grim specter of the annual summer crime wave is approaching.  While Chicago Police can be relied on to perform their duties, they should not be charged with enforcing tyranny.  Chicago police officers understand the origins of tyranny and they know how it is to be resisted.