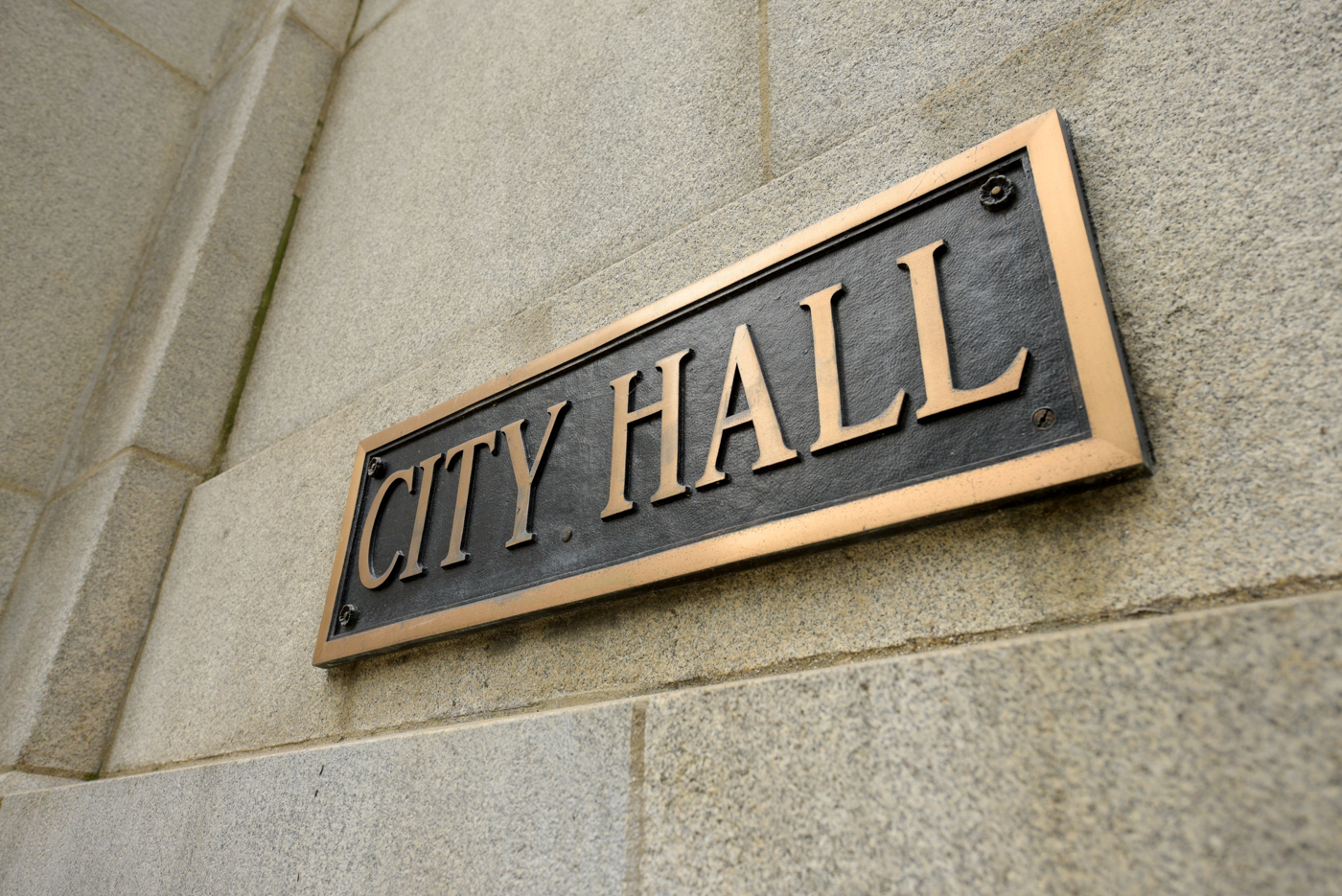 Under Lightfoot, Chicago is stumbling through the darkness

In the late 80s, then-Vice President George H.W. Bush was heavily criticized for his inability to articulate a vision for the country. Riding on the momentum of the Reagan years, Bush dismissed it as “the vision thing.” However, while the strength of Reagan’s two terms was sufficient to propel Bush into the White House in 1988, enthusiasm for the elder Bush evaporated over his breaking a pledge not to raise taxes, the 1990 budget agreement, and a frail economy. By the 1992 presidential election, Bush’s popularity had plunged, and the GOP ceded control of the White House to the Democrats for the first time in 12 years.

Now that Lori Lightfoot has officially announced her candidacy for re-election, we should inquire about her vision for the Windy City.  Where does Lightfoot seek to take Chicago?

Leadership does, in fact, require expressing a vision for the organization that one leads — whether it is in a corporate setting or in government. That vision should leverage the organization’s unique strengths, brand, and anticipated future developments. The leader should chart a future that takes into account the core competencies and position, and how they fit in to create a prosperous future that attracts customers and employees (in the private sector), and businesses and citizens (in the public sphere).

Despite the raveges of COVID, Chicago has some great strengths and a rich heritage and culture. It is centrally located and is a natural depot and traversing point. Chicago enjoys a diverse economy with a strong manufacturing base, and the largest industrial park in the world in nearby Elk Grove Village. It has two world class universities — The University of Chicago and Northwestern University, and several other fine institutions of higher learning.

Chicago similarly has a long history of welcoming immigrants; many Chicagoans grew up in households in which English was a second language. Chicago is a hardworking, hardscrabble, brawny town, personified by Mike Ditka, the ’85 Bears and their Super Bowl victory over the New England Patriots — the Smiths vs. the Grabowskis.

Though Chicago often gets a rap for being a segregated city, it has had historically distinct ethnic enclaves — Irish, Italian, African American, Chinese, Indian and Pakistani, Greek, Lithuanian, Polish, Puerto Rican, Czech, along with others. You are likely to sit for authentic cuisine and experience widely differing cultures without purchasing an airline ticket by simply driving a few blocks in any direction. At Mario’s Italian Ice stand on Taylor Street, for example, you could get treated to an authentic boisterous Italian family fight while being served blueberry or watermelon Italian Ice. What a treat!

Apart from being a city flanked with culture at every turn, Chicago has a great literary tradition — Upton Sinclair, Gwendolyn Brooks, Studs Terkel, Carl Sandburg, Nelson Algren, Theodore Dreiser, Saul Bellow, James T. Farrell and Phillip Roth all have roots here. Chicago, too, can claim ownership of a rich intellectual culture that features its own branch of economics — The Chicago School, a brand of free-market economics that espouses minimal government interference to ensure the widest possible prosperity.

Against this backdrop of greatness, what does Mayor Lightfoot envision for this grand city’s future? What has Ms. Lightfoot said that tells Chicago citizens what she has in mind for the future or how she plans to reach that destination?

Woefully, Lightfoot has given no indication she has a plan and has not publicly articulated a vision at all. In the absence of any governing ideas and vision for Chicago, we can only infer one from the mayor’s statements and actions. Lightfoot’s first statement kicking off her re-election campaign provides a clue:

"When we fight for change, confront a global pandemic, work to keep kids in school, take on guns and gangs, systemic inequality and political corruption only to have powerful forces try and stop progress for Chicago — of course I take it personally, for our city. Change doesn’t happen without a fight. It’s hard. It takes time. And, I’ll be the first to admit I’m just not the most patient person. I’m only human, and I guess sometimes it shows. But just because some may not always like my delivery doesn’t mean we’re not delivering."

It's difficult to determine how this statement amounts to a vision for the city, but at least it provides a list of priorities. While Lightfoot’s vision obviously involves change, her statement should provoke several consequential questions: What is Chicago changing into? What exactly has the mayor been delivering? Where has Chicago gone on her watch? Like any other employee, we can only judge what Chicago is likely to look like by the trajectory Lightfoot has put it on.

Thus far, the defining themes of Mayor Lightfoot’s campaign appear to be a distillation of “fairness,” “equity,” and “systemic inequality.”

How beneficial these themes are to residents at large remains to be seen, but Lightfoot’s messaging strongly implies that her vision for the city is Marxist at its core. Regretfully, Mayor Lightfoot has not demonstrated the slightest indication that she understands business or what generates revenue. As a matter of fact, the mayor’s attitude toward business and the hardworking people who run them and work in them is thinly veiled contempt.

Perhaps the most indicative moment came when Joe Perillo of Gold Coast Exotic Imports had the temerity to criticize Lightfoot after thieves carried out a smash and grab and made off with $2 million worth of luxury watches. When Perillo complained about Lightfoot’s soft-on-crime approach in locally and nationally televised interviews, his business was immediately met with a small army of inspectors who slapped him with citations for various trumped-up health violations. As a consequence of Mayor Lightfoot’s contorted view of Chicago’s business community, the upscale Magnificent Mile has become Mugger Mile and Boeing has flown away. Other powerful symbols of the decline of Chicago under Lightfoot are manifest in the Chicago Bears likely departure and Citadel CEO Ken Griffin making noise about clearing out of the city.

The mayor’s draconian COVID regulations snuffed out many an independent restaurant. Lightfoot does have certain favored industries but judging by the amount of time she devotes to developing a strong underlying economic base, the mayor seems to favor legal marijuana and gambling.

It is certainly up to residents to decide whether favoring those industries are good for the people of Chicago. While businesses are dying because they can’t get enough workers, Lightfoot is pushing Universal Basic Income and turning "The City that Works" into "The City that Used to Work but Now Sits on the Couch." Lightfoot’s notion of economic development seems to be limited to a perfunctory trip to Silicon Valley in a futile attempt to lure technology companies here and gimmicks such as handing out gas cards and issuing stipends for home security systems.

Apart from the mayor’s illiterate economic plan for Chicago, Lightfoot’s vision for the law and legal process is astonishingly unenlightened and perilous. For a city to function, it also needs an operational legal system. While Cook County State’s Attorney Kim Foxx and Cook County judges bear most of the responsibility for the erosion of law and order in Chicago, Lightfoot’s contributions to absence of peace on city streets have been substantial.

Recently, Lightfoot asserted that if prosecutors bring charges, the defendant is guilty, which is a peculiar thing to say for someone who fully embraces criminal justice reform. With her declaration of Chicago as a “sanctuary city,” Lightfoot refused to assist in the enforcement of federal immigration law, a harkening back to the Confederate states’ rejection of federal law — nullification. In early May, Lightfoot turned to Twitter and issued a “call to arms” following the leaked U.S. Supreme Court Roe v. Wade draft opinion. Asked by reporter William Kelly in a press conference if she would retract the tweet, Lightfoot affirmed the tweet, flew into a rage and unleashed a volley of insults. Two weeks later, there was a legitimate attempted assassination on Justice Brett Kavanaugh, but this credible threat to a sitting member of the High Court inspired no introspection from the mayor. This University of Chicago educated lawyer displays a warped view of our legal system, federalism, and a city’s role in it.

Culturally, we know that Chicago has always been a melting pot, divided into roughly equal proportion among whites, blacks and Hispanics. Chicago’s ethnically diverse population also includes a growing number of Asians, Indians and Middle Easterners. If Chicago had a unifying mayor, the city’s unique ethnic blend would be embraced with equal enthusiasm.

However, Lightfoot has made it abundantly clear that some cultures are more favored than others. To celebrate the midpoint of her term in office, Lightfoot announced she would only grant one-on-one interviews with journalists “of color,” with greater consideration to female journalists of color. In October 2021, Lightfoot declared a victory for racial justice with the renaming of Lake Shore Drive to Jean-Baptiste Pointe DuSable Lake Shore Drive. The mayor celebrated the iconic outer drive’s new name after she authorized the removal of the Christopher Columbus statue from Grant Park and appointed a panel to review which statues and monuments on city property could remain or get the heave-ho. Lightfoot’s yielding to radical moral purists only revealed her latent view of the cultural icons of dissimilar cultural groups. Like a good parent, you can’t have a functional family by favoring one child over another.

Finally, there is Mayor Lightfoot’s vision for the Loop and surrounding areas. The volumes that have written about the Lightfoot-Foxx enabled crime spree are legion and don’t bear repeating. As more professional firms go to “office optional” or “permanent remote” and the Loop becomes more desolate and hostile, Lightfoot and her progressive allies have begun to float the idea of converting empty office buildings into low income housing. The effect of that on the downtown and surrounding areas is eminently predictable.

To the extent she has one, Lightfoot’s vision for the city is one in which money is thrown at favored constituents that she deems have been “marginalized” with no accountability and no thought that the federal funding spigot will be closed off someday. Lightfoot has no plan to deal with the number one function of government — keeping her citizens safe. The mayor’s vision of economic development involves endless harassment of small business owners coupled with giveaways and hat in hand beggar thy neighbor policy toward tech companies.

Lightfoot’s vison for Chicago played out to its conclusion starts to look like a Mad Max movie.