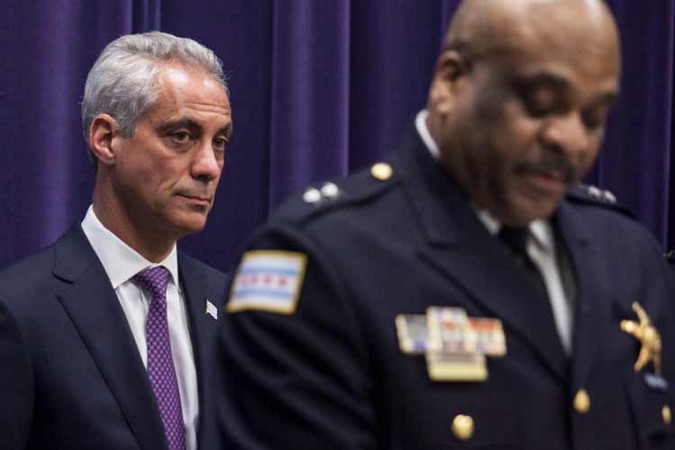 In Mayor Rahm Emanuel’s full-throated December 4, 2015, opinion piece appearing in the Chicago Tribune declaring: “I am the mayor and I own it. I take responsibility for what happened and I will fix it,” readers presumed the mayor intended to introduce a police reform measure which would avert circumstances which led to the death of Laquan McDonald on October 20, 2014.

Instead, in the hysterical atmosphere created by critics of police, the mayor unveiled a proposal on October 7, 2016, which will scale back expectations for the Chicago Police Department; will create a climate where voices inimical to law enforcement are legitimized; and will sacrifice public safety in the name of “transparency.”

Announced in the immediate wake of a savage assault on a police officer on October 5, 2016, one in which the injured officer acknowledged a refusal to use her sidearm over fear deadly force would blacken the department’s image, Mr. Emanuel extolled the virtue of his new policy proposal as affirming the “Sanctity of Human Life.” While outwardly laudable, there exists a transparent logic to the mayor’s thinking: Emanuel aims to mute deafening criticism of the Chicago Police Department by means of co-opting and codifying misbegotten condemnation of police.

The taproot of the trouble lies in Mr. Emanuel’s insistence on limiting use of force and use of deadly force by police officers. Under Emanuel’s motion, police officers will be bound to a new use-of-force policy more stringent than standards set in both Graham v. O’Connor and current Illinois Complied Statutes. In pursuing such folly, the mayor is effectively compelling police officers to relinquish critical leverage over lawbreakers intending to inflict injury upon unarmed citizens and police alike and assuring officers will waver in moments when police vigilance is pivotal. Worse, the mayor is demonstrating a startling lack of vision: Emanuel tenders the proposition to restrict use of force at a moment when Chicago is experiencing a dramatic rise in both violent crime and homicides in comparison to 2015.

Moreover, as unsettling as Mr. Emanuel’s strategy of restricting use of force is, the gesture to invite judgment from the public on the draft policy is equally disturbing. Although the proposed guidelines do not require public approval, the mayor has fallen prey to his imagination with his gambit. A feel-good ritual disguised as democracy, Emanuel’s creation of fraternal space for individuals and groups inveterately hostile to police will only serve as a platform for anti-police activists seeking to intimidate politicians, pursue vendettas against police officers with riotous and unsubstantiated statements alleging widespread police brutality and intensify rote denunciations of law enforcement.

On a path to commit incalculable damage to the harmony of this city, should the mayor remain committed to a wayward tack of enfeebling police through a retrenchment of parameters for police to perform the essential functions of their job and placing police reform into the bosom of habitual critics of police, Mr. Emanuel must be prepared for mayhem to follow in Chicago’s neighborhoods, criminal elements convinced they have nothing to fear when confronting law enforcement and mob influence over department policymaking.

Instead of pursuing this reckless and unproductive strategy, Mr. Emanuel would be more sensible to summon the courage to drop the cloak of impartiality and publicly sustain the Chicago Police Department by means of firm, piercing and consistent language validating the presence of police officers on the streets of Chicago.