What is the Next Step for the Chicago Teachers Union? 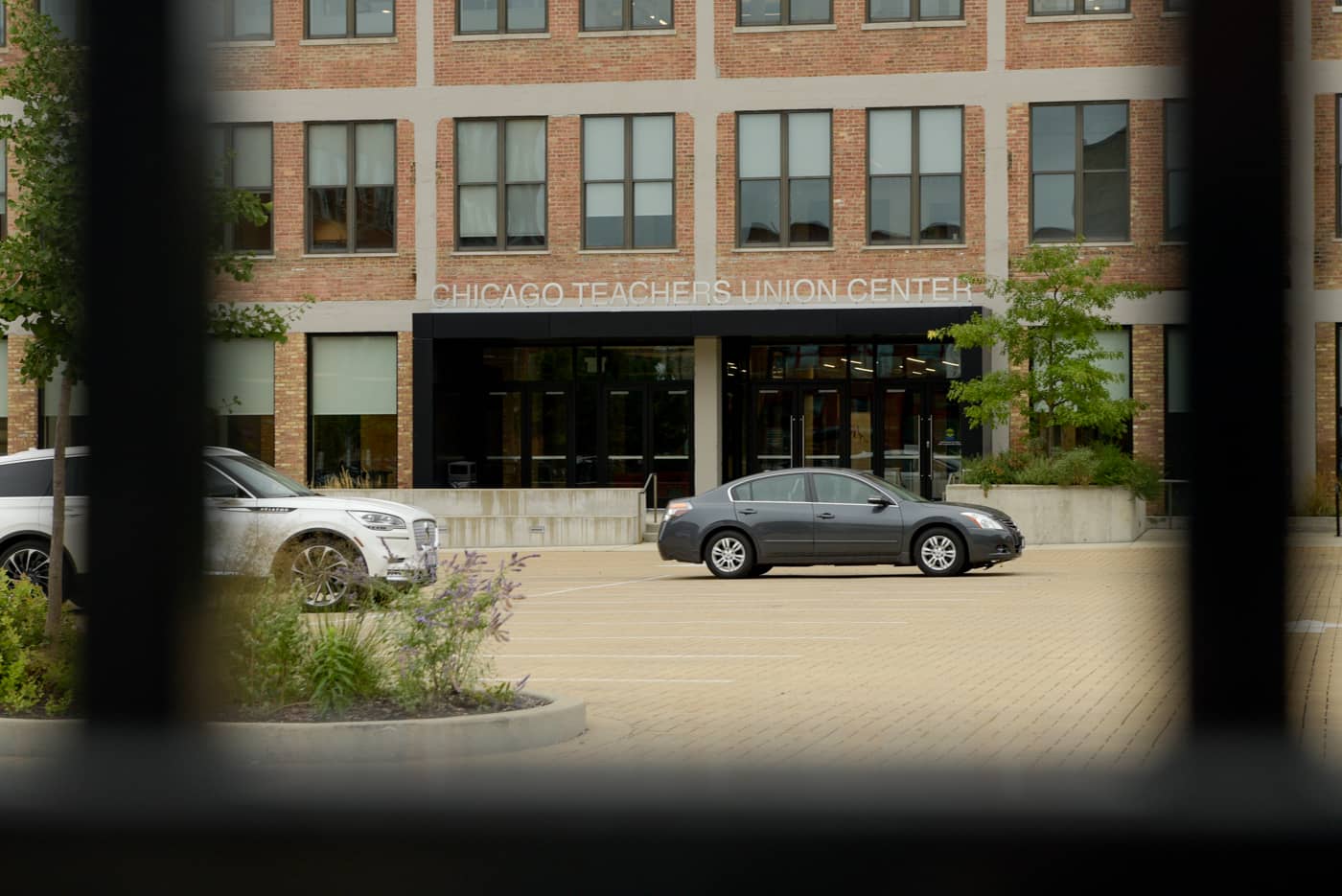 A seismic shift occurred in Chicago on Wednesday, Feb. 2, when Jesse Sharkey announced he would not seek another term as president of the Chicago Teachers Union (CTU). News which rocked the city, as word spread, journalists mobilized, social media erupted, and the CTU released a feel-good video paying homage to Sharkey as the savior of public schools in the Windy City.

A remarkably banal video, the images for viewers to imbibe made no attempt at subtlety: All sunshine and rainbows, the CTU’s tribute to Sharkey portrayed him as a divine visionary who vanquished bullying politicians, left union members considerably better off, and revived flagging Chicago public schools. However, like all good propaganda, the video’s imagery laureled Sharkey, but sidestepped a full and complete context for his term as CTU president.

A social studies instructor at two CPS schools and union delegate prior to serving first as CTU vice president and later as president, Sharkey facilitated the evolution of a culturally progressive and revolutionary socialist activism into a lifestyle at CTU. The cost of Sharkey embracing such zealotry, however, was steep: It triggered a descent into destructive radicalism, created a schism within the union, and sacrificed all the values for which the CTU once stood.

Though Mr. Sharkey’s statement announcing his intent to step aside revealed fond memories of his tenure, his decision to stand down cultivated an air of mystery over its peculiar timing. A decision made a mere four months prior to the May election, Sharkey, along with Stacy Davis Gates, Maria Moreno, and Christel Williams Hayes, were originally slated by the Caucus of Rank and File Educators (CORE) in August 2021.

Sharkey’s abrupt departure leaves some serious questions to be asked of CORE. First, who will replace Sharkey? Second, will CORE abide by all rules and regulations enshrined in CORE’s by-laws when it holds its all-important slating meeting?

A plausible answer to the first question is, to acknowledge the obvious, current CTU vice president, Stacy Davis Gates. Answering the second question is, well, a tad bit more complex. Though it appears to be a straightforward query, to understand why suspicion may arise among CTU members over whether a standard of fairness exists in CORE’s slating practices, we must return to 2018.

Following Karen Lewis’ June 2018 decision to resign as CTU president due to illness, an attempt to coronate Ms. Davis Gates as union vice president took place. However, the attempt to ordain Davis Gates as Sharkey’s wingman occurred without observing the canons prescribed in CORE’s rules framework for slating or nominating officers. A profoundly undemocratic gesture inherently incompatible with an ethos of fairness, the bid to circumvent both CTU members and the rules in favor of simply enthroning Davis Gates as vice president was exposed and halted when union field representatives learned of CORE’s machinations. After CORE’s contrivance was uncovered, a petition was tendered demanding CORE obey slating rules, and Davis Gates was eventually elected legitimately.

While Davis Gates is deserving of a hearty congratulations for her electoral victory, had it not been for CTU union representatives invoking a failsafe mechanism, CORE officials may have managed to pull a fast one on union members. The problem here, of course, is many of the same CORE officials who so eagerly and brashly violated slating and nomination rules to install Davis Gates as vice president in 2018 remain in CORE leadership positions in 2022. This should alarm any CTU member concerned with the basic rules of fairness in the drafting nominees for election. It is also doubly troubling with the specter of CTU elections on the horizon, as there is every reason to believe CORE will engage in the same deviousness it absorbed itself with in 2018.

Under CORE by-laws, the device to slate a ticket is internal, and bearing in mind CORE’s past record, this should concern union membership. Just as concerning is the fact nominating petitions for union office and for delegates to the American Federation of Teachers and Illinois Federation of Teachers conventions must be submitted to the CTU financial secretary by Friday, March 25. While the deadline remains weeks away, what is unsettling is the probability CORE leaders will use the narrow timeframe as justification for circumventing slating rules once again.

Though CORE members were not involved with stuffing ballot boxes four years ago, CORE did not merely bend rules, but nearly succeeded in the attempt to plow right through them. While CORE officials often sermonize in public about fairness, equity, and equality, to CORE leaders, slating rules are considered pesky, arcane or too complicated. Moreover, CORE leaders fully expected to be abetted by the silence or gullibility of the union’s voting membership as they maneuvered to double-cross their rank-and-file in 2018. An irrefutable testament to their hollowness, CORE’s elite leaders believe it is easier to shrug at rules than obey them.

While we would prefer to avoid trespassing into Rachel Maddow territory by becoming involved with outlandish conspiracy theorizing, it is reasonable to assert out loud that the timing of Jesse Sharkey’s exodus is fishy. It is equally realistic to contend Mr. Sharkey is an unpopular incumbent president of the union and an utterly despised figure in Chicago politics.

A union leader who is renowned for spending lavishly on polling, it is also fair to assume polling data revealed a growing discontent among union members for CORE and collapsing support for Sharkey influenced his decision to leave office. If this chain of events and facts are examined in a broader context, it is not far-fetched to surmise his decision to relinquish the CTU presidency was prearranged and the final phase of an elite, insider CORE game plan to slate Ms. Davis Gates along with three other women for the May election. After all, by her own admission in a recent interview with WGN Radio’s Lisa Dent, Davis Gates affirmed 80 percent of the profession is female, and thus it is practical to draw the conclusion CORE’s motive is to leverage a gender-centric ticket to appeal to the overwhelming majority of females within the ranks of CTU.

All of this could be dismissed as an intriguing theory, but for those who are swift to dismiss this hunch, one must disregard all the available evidence linking it to CORE’s behavior in 2018 as it sought to skirt rules to confer office on Ms. Davis Gates. A deceit CORE carried out in the cause of “the greater good” by moving Davis Gates into the vice president slot four years ago, CORE spurned slating procedure, and did so in unashamedly in plain view. A bearing which smacks of brazen corruption and tawdry deceit, if CORE’s tactics are unchanged from 2018 — and there is no reason to suspect they have not changed — then this theory assuming CORE is immersed in another nifty election trick has a little bit of ballast by the inexplicable timing of Mr. Sharkey’s decision to give up office.

If CORE can’t be trusted to abide by its own rules for slating, imagine what other misdeeds occur behind closed doors.

Members of the Chicago Teachers Union’s CORE caucus, and by extension the entire union, deserve a free and fair slating. Union members also deserve a slate which will best represent the interests of its members, not CORE leadership’s personal political ambitions or causes. As slating and the election nears, CTU members deserve a reminder regarding CORE leaders. Thoroughly dishonest rulers, returning CORE to power even under a new slate of officers is not necessary change but maintaining the status quo. Put differently, this means profligate spending of members’ dues, leading with contempt for members, civility, and consensus, and a reliance on polling results over members’ voices to guide union strategy, values, and decisions. Union voters are also best served to be reminded of CORE’s dark side: CORE is a movement of hotheads fueled by the desire for revenge against dissidents.

Likewise, it is also vital to consider the implications of elevating Ms. Davis Gates to lead the CTU: A woman little different than her former boss, Davis Gates is notorious for graceless agitation, reckless activism, and flagrant racial antagonism. Though this should render her toxic, CORE’s leaders see these qualities as assets for further brawling with the mayor’s office, CPS officials, the Board of Education, and more bickering with political opponents.

Whether CORE’s gambit will be a spectacular success or failure remarkably hinges on how slickly CORE sells the ticket. Additionally, for CORE to triumph in the May election depends on how cleverly it massages the slating procedure.

CORE members are faced with a monumental decision in the coming weeks. It is incumbent upon CORE caucus members to demand a slating which is open and honest to show the rest of the CTU they follow their own by-laws. Should they not, members would become coconspirators in a scheme to extend and preserve CORE’s power over the entire union.